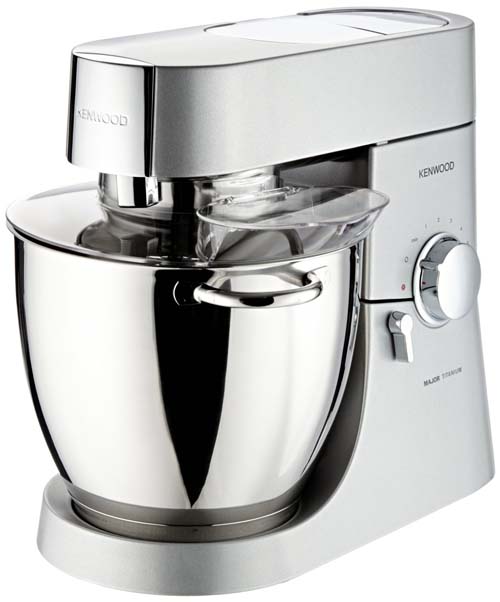 This article is a continuation on a series of heavy-duty stand mixers reviews for the serious baker or home cook that spends a lot of time using these machines. 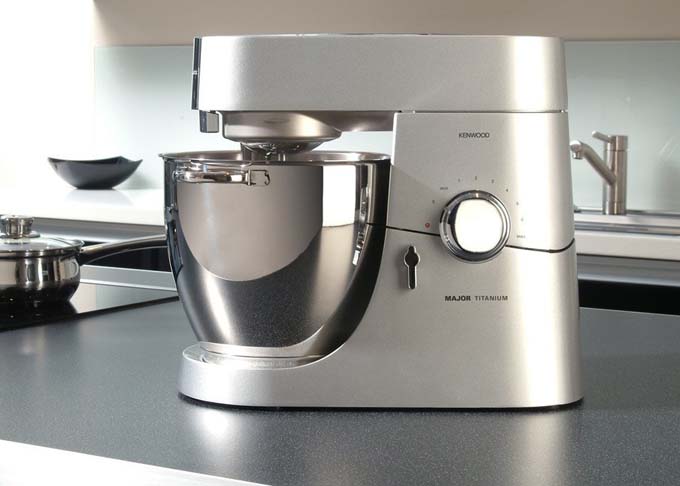 A good quality model can do more than just save you time and elbow grease in the kitchen: you’ll find that it can open up new doors in terms of what you’re able to do, from making huge batches of dough to using attachments to make pasta or sausages at home.

If you are the type of cook who will make large batches of food on a regular basis, make sure that you select a top-rated stand mixer that’s up to the challenge.

First, you’ll need a large mixing bowl and second, a very powerful motor that isn’t going to give out the first time you present it with especially thick whole wheat bread dough.

We’ve found a contender that should keep you smiling due to it’s ultra-powerful motor and the most attachments included from the factory with any stand mixer – the Kenwood KMM021 Chef Major Titanium 7-Quart.

Although Kenwood is less popular in the United States than in the UK and other countries, they produce excellent small appliances that are built to be used over and over for tough jobs.

The power available at the mixer head and bowl size of the Kenwood 7-Quart Major Stand Mixer are comparable to any of the other high-end stand mixers designed for home use and is roughly the equivalent to the KitchenAid 6 Quart Professional 600 Series.

Although you won’t find very many reviews on Amazon yet, reviewers elsewhere love the machine and it is considered one of the best for bread baking.

The Kenwood Chef Major Titanium features a 7-quart bowl, one of the largest available for home use.

With this kind of capacity, you can whip 16 egg whites, mix 10 pounds of cake dough, 5 pounds of bread dough, or 2 pounds of flour.

If you’re someone who likes to have backup pizza dough ready to pull out of the freezer like me, this is a huge advantage. Need more dough capacity then this? Check out Foodal’s review of the Electrolux Assistent/Ankarsrum Original.

The mixing bowl and the entire machine are constructed from stainless steel. With interior and exterior construction of this quality, this machine will be around essentially as long as you need it to be.

A bowl with this material won’t go cracking on you after you’ve put it through its paces, either.

This is a large and heavy small appliance, so make sure you have an accessible place to store it. It weighs in 29 pounds and measures at 16” long x 9.4” wide x 13.5” high.

This machine has a powerful 800-watt motor, which is about average for the high-end stand mixers.

A motor with this type of power is well matched for the large capacity of the mixing bowl: a triple batch of bread dough is no problem for this small appliance.

You’ll also find that it’s difficult to overheat, so no need to feel concern when you’re putting its capabilities to the test. It has dual motor ventilation points so hot air can escape instead of getting trapped inside the machine.

With eight speeds, you’ll have all the control you need when mixing. This kind of range will allow you to perfectly whip cream, thoroughly mix cookie dough, or slowly knead pizza dough.

An uncommon feature found on this Kenwood model is a pulse function, which is especially useful when cutting butter into baked goods like piecrust.

In addition to the bowl, Kenwood includes several attachments:  a blender that hooks onto a power hub, flexi beater, dough hook, k-beater, whisk, and a splashguard.

This is the longest list of included attachments by a company that I’ve seen so far, and I’ve looked at a whole lot of mixers! The blender itself would be a $100 add-on from most other manufacturers.

Although it is of course no Vitamix, the included blender sits on top of the machine when in use and is great for blending basics like morning smoothies and soups.

With the wide variety of mixing attachments, you’ll be able to find the right fit for just about any mixing job you’re doing.

The included splashguard is one of the best I’ve seen: it covers the entire top of the bowl with a flap on the right side that you can open to add ingredients.

Like many other companies that sell standing mixers, Kenwood offers additional attachments sold separately. These include a mincer, which is great for grinding your own meat at home, and a pasta press attachment.

Kenwood makes cleanup nice and easy with the Major model! Everything, except the base of course, is dishwasher safe. If you want to extend the life of your bowl and attachments for as long as possible, you should hand wash the accessories when you can.

When the base gets a dirty, just wipe it down with a warm, soapy washcloth. Make sure to never fully submerge the base in water.

Kenwood makes a product they’re confident in, and it shows with their 1-year full warranty and 3-year limited warranty.

This is one of the longest warranties for standing mixers I’ve seen yet, so you have quite some time to get this machine fixed if something were to happen.

Since Kenwood is based in the United Kingdom, it is a bit more difficult to get customer service that’s quick or to find a place to repair your machine if something does happen.

It also means that you’ll be purchasing all attachments online, which isn’t too much of an issue in this day and age.

In the box, you’ll find a book of recipe suggestions to keep you plenty busy in the kitchen with your new toy!

Power - Rated at 800 watt in the US and 1500 in the UK (different Amperage), this is a monster of a stand mixer. Capable of turning large amounts of bread and pizza dough in one go. Folks on UK Amazon report running smaller bakeries and home based cakes businesses with this machine.

Performance - Big, tough, and burley this machine rocks. The splash guard works very well and the mixing bowel is very well designed to keep your ingredients intact. The k-beaters do a fantastic job of scraping the sides of the bowel.

Available Accessories - The largest number of attachments included with any stand mixer. The blender is a treat and is made of borosilicate glass (the same material that is used to produce the infamous Chemex Coffee Maker)and allows hot or cold liquid to be applied one after the other without risk of thermal shock sending it into fragments. Morover, this blender actually works and doesn't pose any issues of liquid escaping as noted on the Bosch machines. US owners may find the extra attachments a little hard to source but this can't be held against this fine machine.

Build Quality - Despite the fact that manufacturing moved to China several years ago, quality remains high. Engineering and quality control is still solid British. While we like to see manufacturing stay in the west (especially for high end items), we can't hold it's place of manufacturing against it.

Warranty - In the US 1 year of warranty covers everything with three years of limited warranty while in the UK the machine is covered under 5 years.

Value - This is a GREAT machine at a fair price, and you definitely get what you pay for. The included accessories make this a great deal and would cost you extra money with other brands.

Although Kenwood doesn’t have the advantage of US-based companies like KitchenAid or international conglomerates such as Bosch for customer service, users report that customer care was easy to work with and responsive, which would have been my biggest concern.

I would usually order my attachments online anyway, so that’s certainly not an inconvenience.

The Kenwood Major is one of the best high-quality mixers that are built for heavy and extended use that I’ve seen and the number of included attachments really has me swaying towards this purchase, as it makes me feel like I’m getting the most I can with my money.

The motor capability and size of the bowl are right around what I was hoping for in a standing mixer. Overall, this is a great machine for someone who cooks and bakes frequently, like myself. See the Kenwood Major on Amazon now! 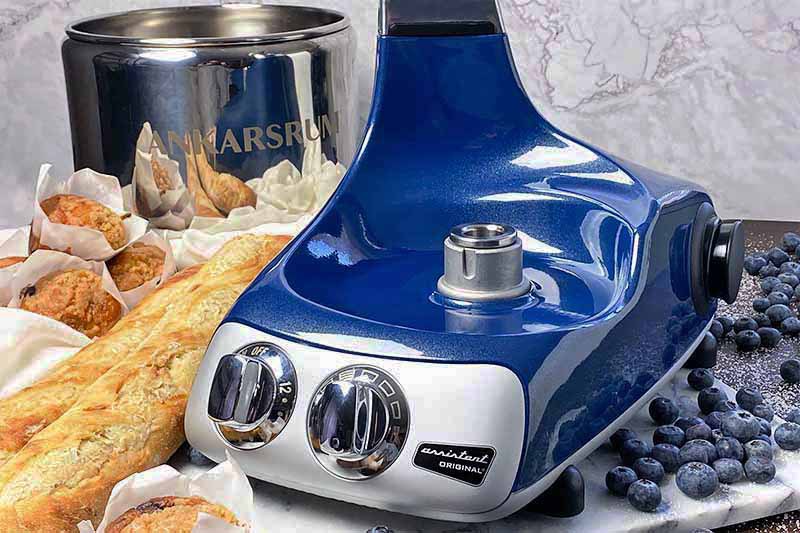 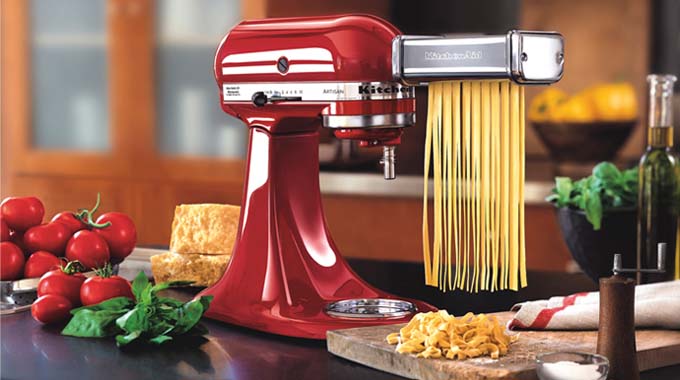 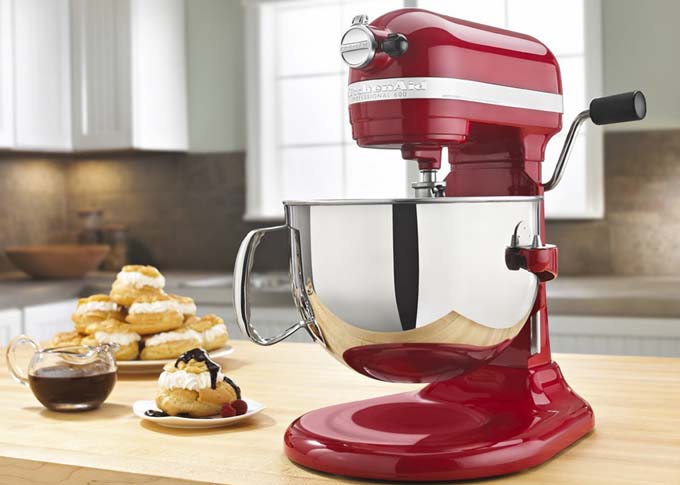 11 thoughts on “The Kenwood Chef Major Titanium: A British Powerhouse”