For a devoted carnivore, there is nothing better than a well-cooked steak dinner. And for most people, that means selecting from one of the usual suspects, well-known varieties such as ribeye, sirloin, and fillet.

But these cuts, the ones most commonly found in steakhouses across the globe, can be overpriced. 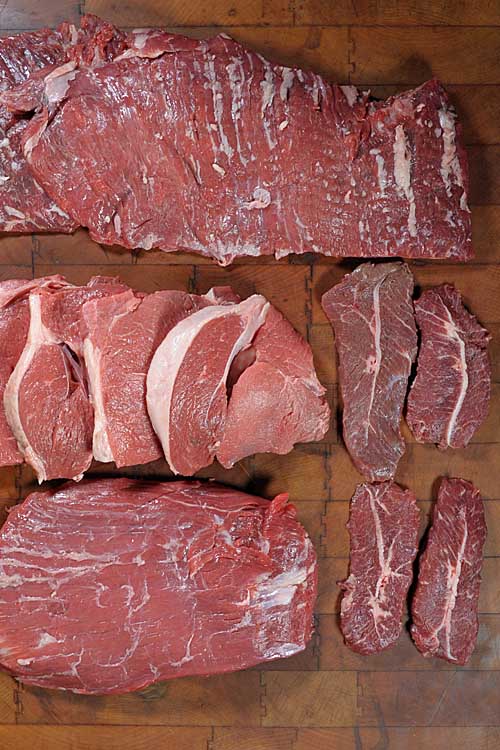 And though undeniably delicious when sourced well and cooked properly (like in our recipe for crispy breaded beef fillets, baked to golden brown perfection), they are not the only quality cuts that can be found.

For true steak lovers, it can often be rewarding to go a little off the beaten path by trying some of the lesser known cuts. 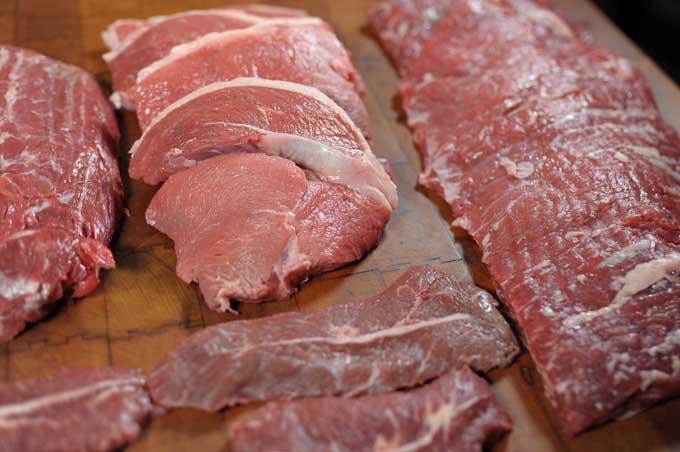 Although the following varieties may not grace as many restaurant menus, a good butcher will always be happy to sell you a more obscure cut. You may find a hidden gem of previously unexplored flavor, while perhaps even saving a little money in the process.

Sometimes called onglet, or skirt in the UK, this steak is rich in flavor, but is also remarkably tender. It has been known as “butcher’s steak” in the past, as it was often kept back for personal use by the meat cutter rather than being offered for sale. 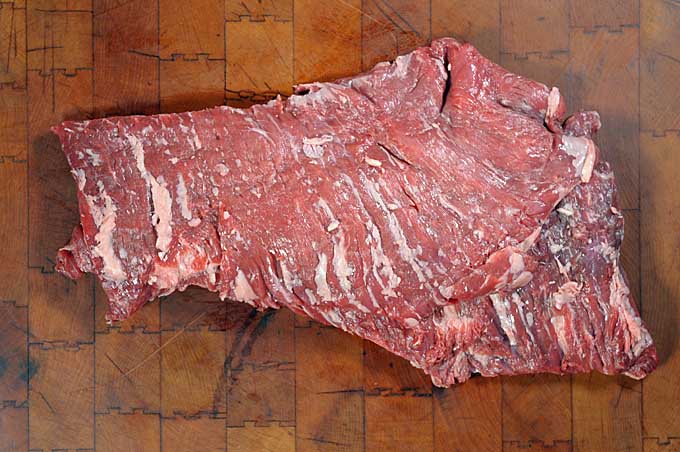 Hanger, named for the fact that it “hangs” from the diaphragm of the animal, it is often described as having a slight offal flavor, owing to its proximity to the liver and kidneys. 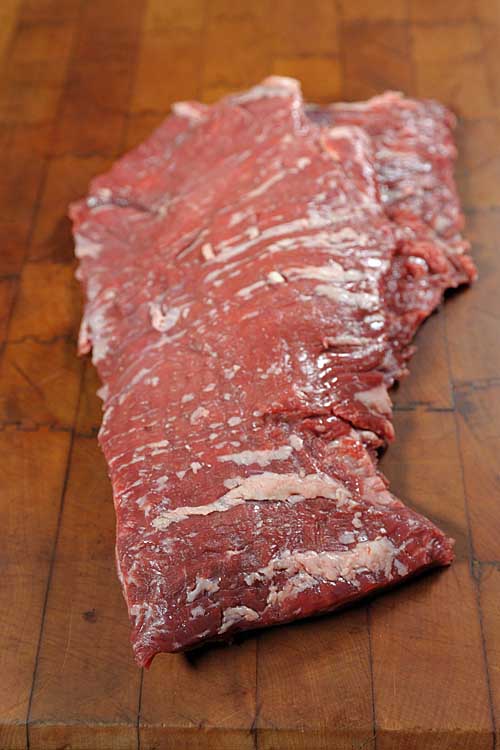 It is much more well known and loved in Europe, especially in France and Belgium, where it is the traditional cut used for classic steak-frites.

It is also highly prized in Mexican cooking, where is it known as arrachera. 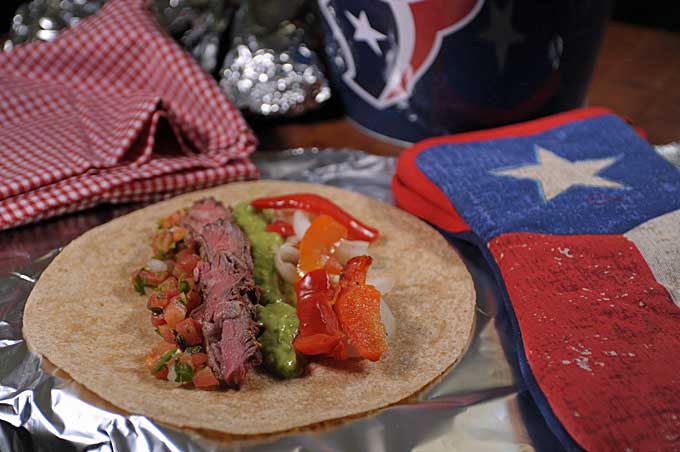 Tex-Mex Arrachera Fajitas! Get the Recipe Now!
For this style of preparation, it is generally marinated, grilled quickly, and sliced into strips against the grain, accompanied by salsa, guacamole, and tortillas.

Otherwise known as top blade, butler’s steak, or oyster blade, flat iron is another tender steak, this time with a slightly more moderate flavor. This cut originates from the shoulder of the animal.

Flat iron tends to be cheaper than many other varieties, owing to a gristly membrane present in the meat. This is best removed before cooking – a good butcher will always help out with this if asked. 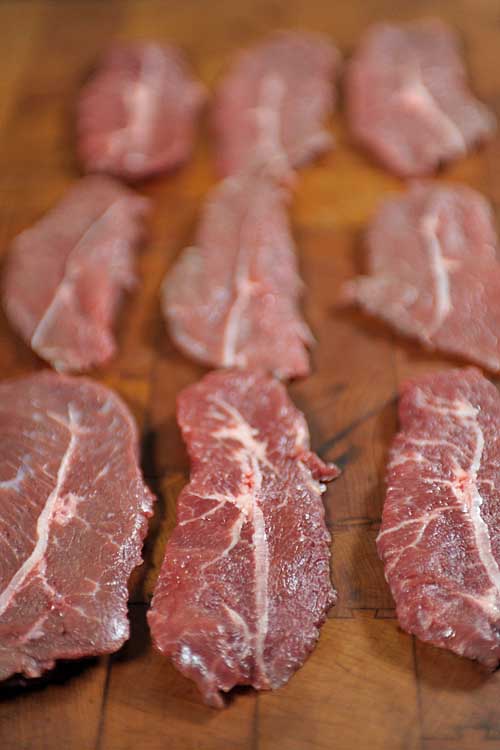 It is an excellent choice for marinades, as it takes on flavor well. And it performs best when quickly seared to medium-rare over very high heat, and then well rested. Try it the next time you’re craving big chunks of grilled meat on a kebab.

Sometimes known as the top sirloin cap, rump cover, or rump cap, this cut is widely used (and adored) in South America. But it is practically unheard of in much of the rest of the world, where it is often divided into other cuts (like top sirloin, in the US).

It is particularly prized in Brazil, where the large, thick layer of fat rind, often trimmed down by butchers in the rest of the world, is left on the steak until after cooking. 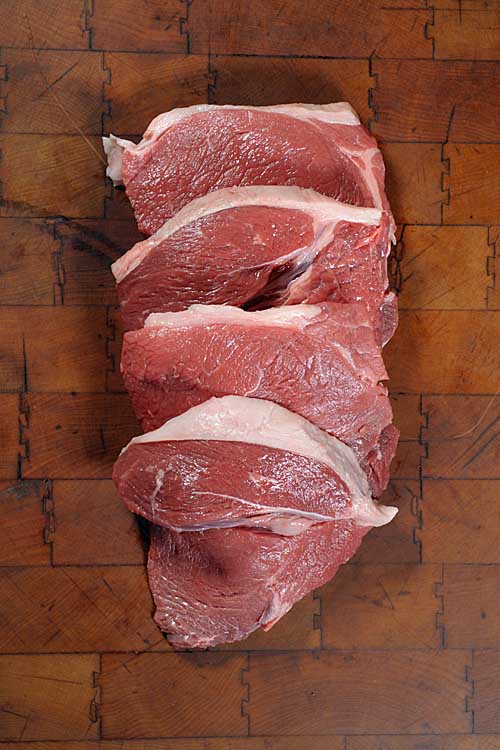 Picanha is particularly good when marinated and thrown on a hot barbecue for the intense, smoky flavor associated with vibrant South American cooking.

Another popular cut in France, this comes from the buttocks or abdominal muscles of the cow. It is less tender, but the connective tissue and fat marbling present make it rich in flavor. It is another South American favorite, particularly in Colombia where it is known as Sobrebarriga. 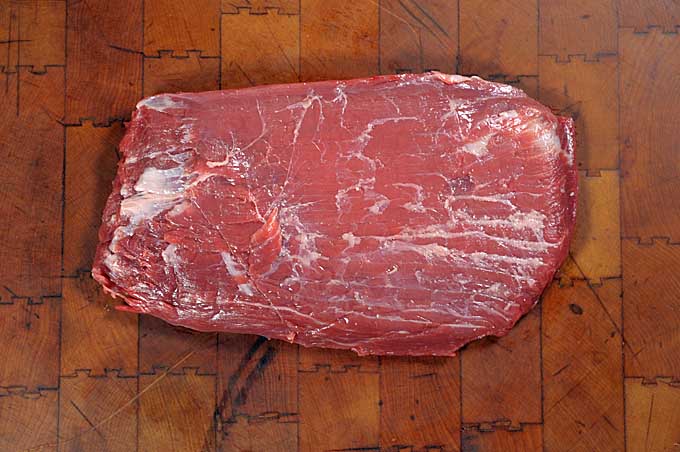 Flank is often marinated before being pan fried, grilled, or – due to its potential to become chewy – braised for extra succulence. 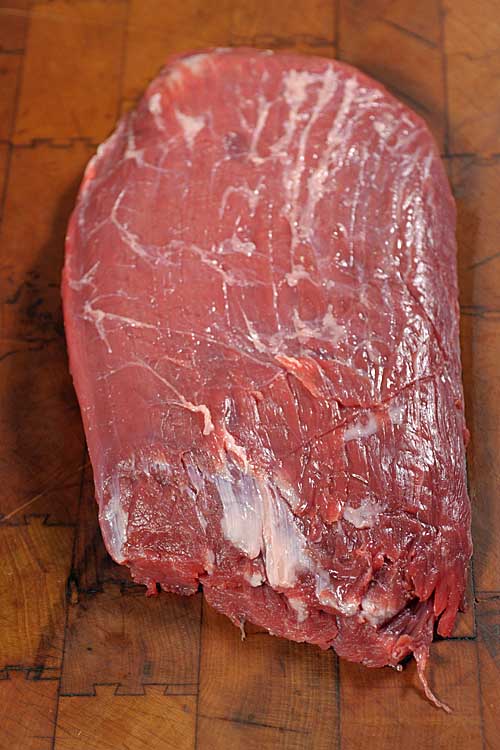 It is most often served cut into strips across the grain, again increasing its tenderness. It is particularly prevalent in Asian cooking. So, if you love a beef stir-fry or the increasingly popular Vietnamese pho, those delicious strips of meat were likely sliced from a cut of flank.

We also love using this cut for our marinated and grilled carne asada recipe.

The next time you find yourself shopping for steak, why not ask your butcher for one of these lesser-known varieties?

By sidestepping the most popular cuts, you will almost certainly save some money, and be rewarded with the satisfaction of trying out a new flavor in the process. Your new favorite steak is just waiting to be discovered (and maybe even tossed into your favorite stew)!

What’s your favorite obscure cut? Any special cooking methods? Tell us and share with the community in the comments below!

Photos by Mike Quinn, unless otherwise noted, © Ask the Experts, LLC. ALL RIGHTS RESERVED. See our TOS for more details. 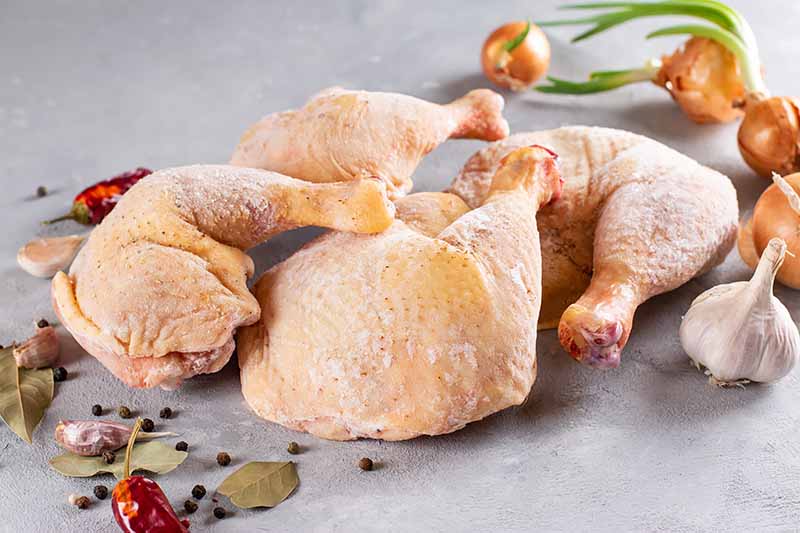 5 thoughts on “Your New Favorite Steak: 4 Lesser Known Beef Cuts You Have to Try”