Adrian White is an organic farmer, gardener, and certified herbalist based in the Iowa City area of Iowa.

When it comes to writing about food, she loves indulging in the growing and agricultural aspect of it – as well as its potential for health and healing. Food, agriculture, and herbalism form her trifecta of passions.

Adrian has written many food, herbalism, and health-oriented articles that have been published around the web. She has also ghostwritten nearly a dozen published Amazon Kindle e-books on these subjects, many of which are bestsellers.

Adrian’s interest in food began in 2008, with the culture surrounding its production, sustainability, and environmental impact igniting her passions most of all. This sparked her to set up an immersive college internship in Ecuador to learn organic food production – which later led her through many U.S. regions: southern Oregon, Appalachia, the Southwest, and the Midwest.

Adrian has learned CSA management and microgreen production as a participant in projects near Houston, Texas; infrastructure and start-up practices in northern California; animal husbandry and mushroom cultivation in North Carolina; as well as the basic tenets of organic vegetable production in these places and more, including Oregon and Minnesota throughout 2008-2011.

Her educational path finally led her to eastern Iowa in 2012, where she became Field and Pack-Shed Manager, CSA Administrator, and Web Master at Echollective Farm & CSA – an organic farming business she still remains connected to and involved in today.

Adrian strongly insists that growing food is more her niche than cooking it (though she does try)! She adheres to a low- to no-gluten diet, but absolutely cannot resist breakfast foods and crab meat rangoons.

Otherwise, Adrian loves to tinker with fermented beverages more than anything else, like kombucha and shrubs, as well as healing herbal preparations.

Her main food, farming, and herbalism endeavors have sprouted into her own project, Deer Nation Herbs, a developing LLC that grows and produces healthy, organic veggies and greens along with herbal simple syrups, bitters, and shrubs.

She is a cooperative grower with the Greenshare LLC of the Iowa City area, making her produce and products available to local restaurants. 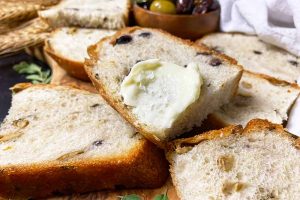 If you love briny and meaty assorted olives and floral fresh oregano leaves, our homemade bread combines these two ingredients throughout the dough. And by baking in a Dutch oven, the bread develops a perfectly round shape as well as a thin and crispy golden-brown crust. Read more now for the full recipe. 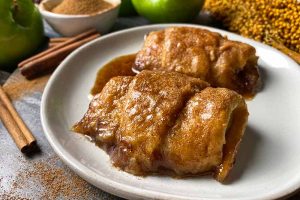 When you don’t have time to bake an apple pie from scratch, surprise everyone with these easy cinnamon apple dumplings instead. Store-bought crescent roll dough is a helpful ingredient that leads to deliciously flaky and buttery results. Learn how to make this comforting dessert that’s ideal for the fall season. 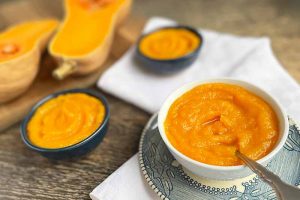 How to Make Squash Puree

Wondering how to feature hearty winter squash in your meals this season? Our guide will teach you how to roast and blend the vibrant flesh to create a velvety smooth puree that you can use in soups, sauces, desserts, and more. Read more now to find all the delicious details in our step-by-step tutorial. 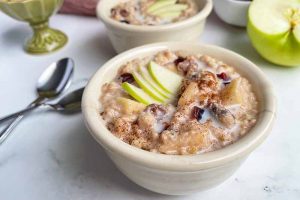 Juicy apples and chewy dried cranberries come together with nutty steel-cut oats in the slow cooker for a make-ahead breakfast you’ll be dreaming about. Woody cinnamon and nutmeg add sweet spice while brown sugar brings a bouquet of caramel. Read more on Foodal to add this recipe to your roster of healthy favorites. 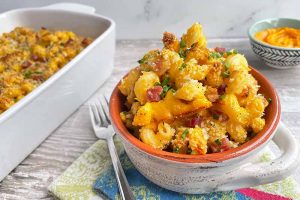 We turn to unctuous, salty pancetta to add depth to this nontraditional mac and cheese. Gooey cheddar and a silky butternut squash puree come together to make a creamy sauce that coats every curve of the cavatappi, with a generous sprinkle of panko breadcrumbs and crispy pancetta on top. Read on for the full recipe. 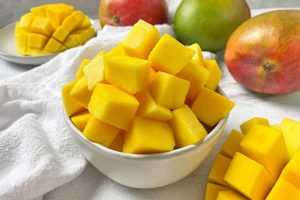 How to Prep Mango

Do you know how to cut a fresh mango? If you typically go for the frozen bags of pre-cut fruit, it’s time to give yourself a challenge in the kitchen. Learn how to select, store, and prep fresh mangoes so you can get the best results that are neatly cut, and beautifully ripe and sweet. Read more for the full tutorial.