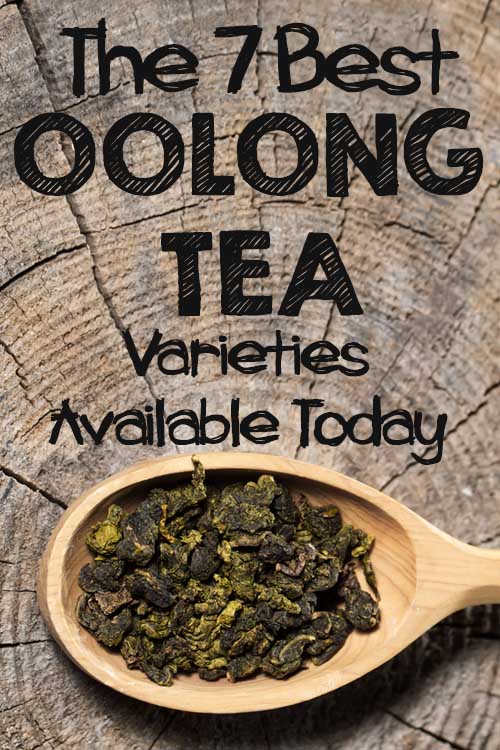 Having given you a plethora of black tea options to explore, I’m moving on today to the world of oolong. If you are new to tea, oolong may be a better option to try first, as most types of this tea are much mellower on the tongue than black and not as biting as green can be.

You may be wondering then, what makes an oolong an oolong?

As I’ve discussed previously, the period of fermentation is what divides the different brews into their respective categories.

White teas aren’t fermented at all, greens very minimally, and blacks are fermented the longest. Oolongs are fermented anywhere from 12-70%, placing them between a green and a black on that scale. 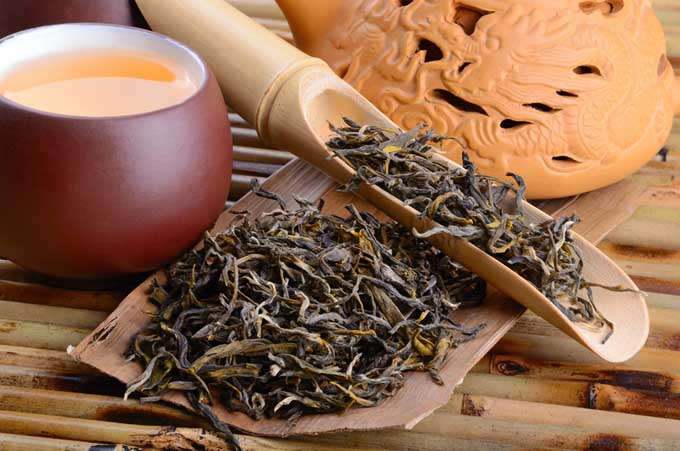 A Chinese type will probably be closer in taste to a green tea,whereas an example of this type from Taiwan will have more in common with a black tea. Chinese varieties are fermented for shorter periods and thus are lighter in color and flavor than Taiwanese brews.

China and Taiwan are the two main producers of this tea variety. In fact, if you order a hot tea at your favorite Chinese restaurant, an oolong is what you typically receive.

Actually, in China and other Asian countries it has long been held as fact that this is a beverage that will help you lose weight.

This claim is now just starting to have some scientific backing, and studies related to the effects of tea have led to some interesting findings.

One study in particular found that there are some polymerized polyphenols found in oolong that aren’t present in the other varieties, that can help you shed excess weight. 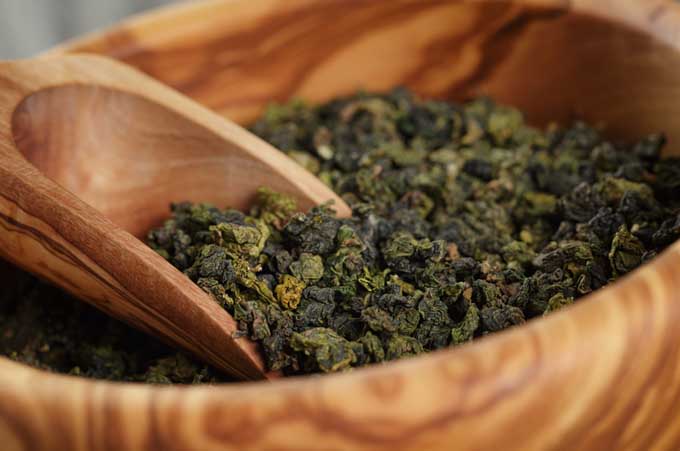 Caffeine on its own has been shown to increase the body’s natural energy expenditure. However, with the addition of these polyphenols, fat burning was shown to increase a whopping 12% in participants who were given oolong to drink.

Additionally, the test subjects burned an extra 67 calories per day. This was without any changes in food or exercise levels. These were the findings of a 2001 study conducted by the US Agriculture Research Services Diet and Human Laboratory.

In another study comparing green and oolong teas, oolong was shown to have significantly higher energy expenditure levels than the green variety. Extra energy expenditure peaked at 90 minutes and stayed at that elevated level for as long as two hours.

Scientists are now exploring the idea that some chemical compound in this variety of tea actually helps to block the absorption of excess fat and carbohydrates in the body.

Knowing all of that, who wouldn’t want to drink a few cups a day?

This is the variety that I mentioned in my Introduction to Tea, and it is one of the most famous of all the Chinese teas.

Primarily grown high in the mountains in the Fujian province of China, monks supposedly trained monkeys to climb into the hard to reach branches of cliffside plants.

The extraction made from those leaves was reserved for serving solely in the Imperial court of the Chinese emperors. 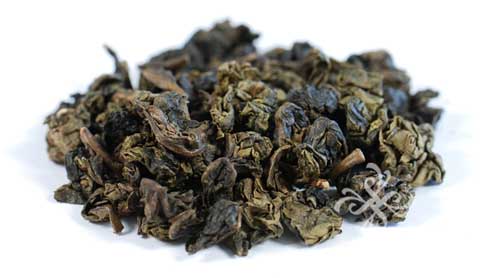 Iron Goddess of Mercy/Ti Kuan Yin from Art of Tea

With a honey-like or floral taste, this is one of the lighter styles available. It may have an orchid-like aroma and has a clean and refreshing finish.

As a high-quality brew, it has only a mild astringency, so it is a very mellow drink. This would be a good variety to try first, but due to the quality, this variety is on the more expensive side.

From the Guangdong province of China, this variety is the tilapia of oolongs in that it takes on the flavor of whatever fruit or flower it is combined with.

It is almost always mixed with at least one other component, the most common of which are orange blossom, orchid, grapefruit, almond, and ginger.

While most of the names for the various oolongs are descriptive of the tea itself, dan cong is a botanical term referring to this particular variety’s morphology.

Other tea plants emerge from the ground as a cluster of branches. The less common dan cong rises from the earth as a single shoot that eventually branches off much higher up the main trunk, and the name refers to that single stem.

This variety comes from the Wuyi Mountains in the Fujian province of China. Another of the famous Chinese teas, the Wuyi Ensemble has a very unique smoky flavor that makes it instantly identifiable.

The leaves are given a high-fire treatment via roasting, which gives the drink its subtle smokiness. Mildly fruity, this oolong will have a honey or floral taste with a hint of a caramel left behind that comes again from the roasting of the leaves. The Wuyi Ensemble is a truly delicious brew. 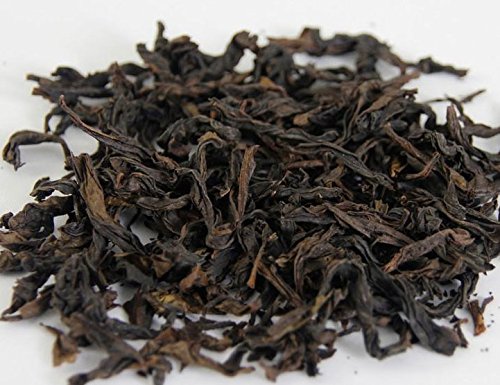 This type from Island Teas has a very pleasant but strong taste with just a hint of smoke. We couldn’t detect any bitter aftertaste. Ships from Hong Kong and takes about a week to reach most parts of the US.

Also grown in the Fujian province of mainland China, this hand-processed variety is famous for its creaminess (hence the name).

The milky feel and smooth texture make Jin Xuan pretty special. Add to that the aroma of sweetened cream and/or pineapple and a light floral flavor, and you’ve got yourself one tasty and soothing beverage.

We recommend Eco-Cha’s Jin Xuan Milk Oolong. For new brewers, this is a superb selection. Jin Xuan is at the lower end of the price scale, meaning you are able to test out your own distinctive brewing method in order to optimize the outcome without spending a lot of your hard earned cash.

The best thing about it? Most of the middlemen have been cut out, lowering the cost. Eco-Cha is a collective of farmers from the same area in Taiwan who have pooled their resources to market their goods, using traditional cultivation techniques. This product is direct from the farm to you.

This type produces a golden colored extraction, which is common to most Jin Xuan grown plants.  This particular variety possesses a nutty flavor with some woody accents, but the finish is smooth with no bitterness.

It is a fairly dry tea, and can get too strong very quickly if using too much in one go.

A lighter brew will also help to separate each flavor in the complex profile of this type, allowing you to sample all of the individual tastes hidden within these superb leaves. Check out the reviews on  Amazon and read about other folks’ experiences with this great product.

This heavily oxidized and fermented example is probably the closest to what you would expect from a black variety. The longest fermented of the oolongs, this type will give you a rich, deep cup, and it’s one of the most prized teas in the world. 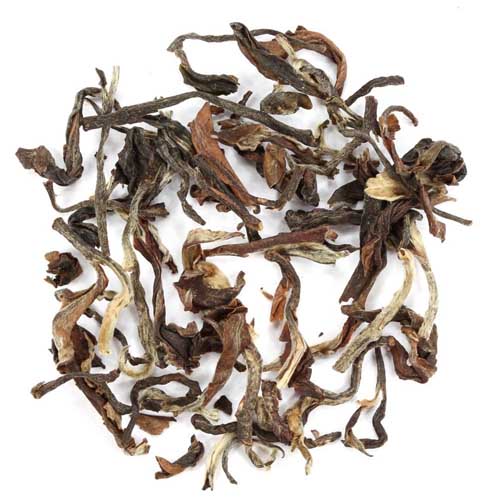 The resulting beverage has a reddish color. It’s sweet and fruity with warm and spicy undertones. It has a depth of flavor that you don’t get with the lesser fermented examples, and it is definitely worth trying.

This delicious Taiwanese variety comes from the Nantou area of Taiwan. It is a high-grown type as it comes from a very mountainous region and, as is the case with all varieties, the high-grown oolongs are the most valued for their richer and more pleasant tastes. 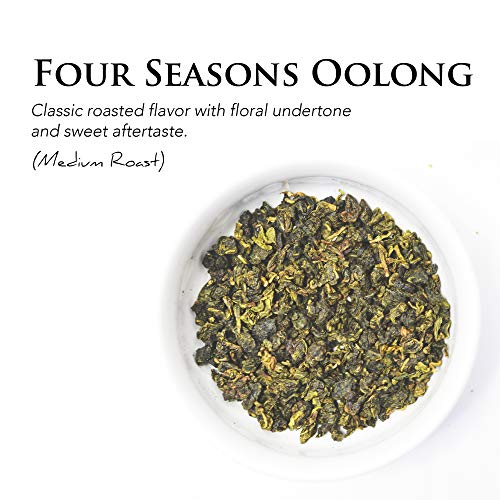 Four Seasons makes a golden drink with an aroma of jasmine, lily, and/or honey. It’s a mellow and fruity brew with the taste of honey, too. Si Ju Chun is very easy on the palate and can hold its own next to the more expensive oolongs out there.

This variety is named simply for its place of origin. Ali Shan is the most famous tea-growing region in Taiwan, and all the oolong from the area takes this title.

Similar to Si Ju Chun, Ali Shan has a very creamy feel in the mouth. It’s another high-grown example from the mountains, a mellow and light-bodied beverage with an aroma reminiscent of sugar and flowers.

These are just a few of the many oolong varieties available to you. I really think this type is the perfect place to start if you are new to tea, so any of these would be great to try.

Don’t forget to make sure that you store your tea in the proper manner, in order to preserve freshness and avoid degradation. Use the best tea storage containers on the market!

If oolong is not your cup of tea, you have so many other options to consider! You can try infusing your favorite herbs and spices in hot water, like we do for our golden turmeric tea!

What are your favorite oolong varieties? Let us know in the comments below! 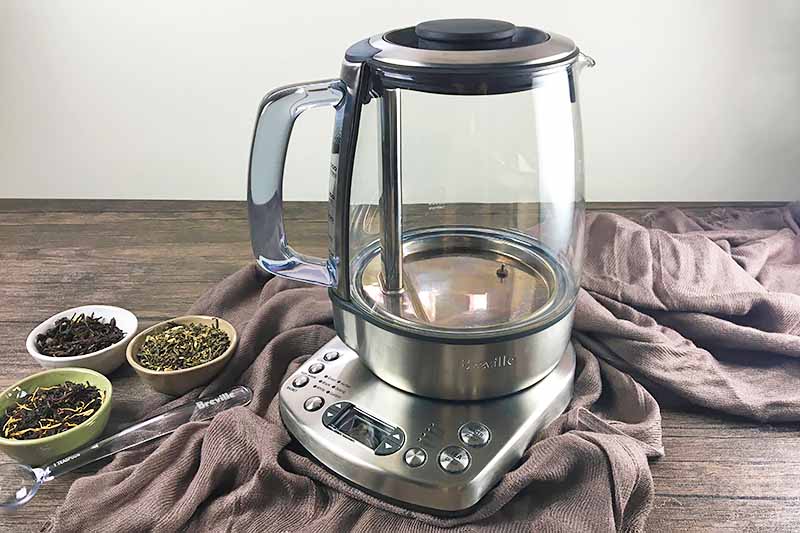 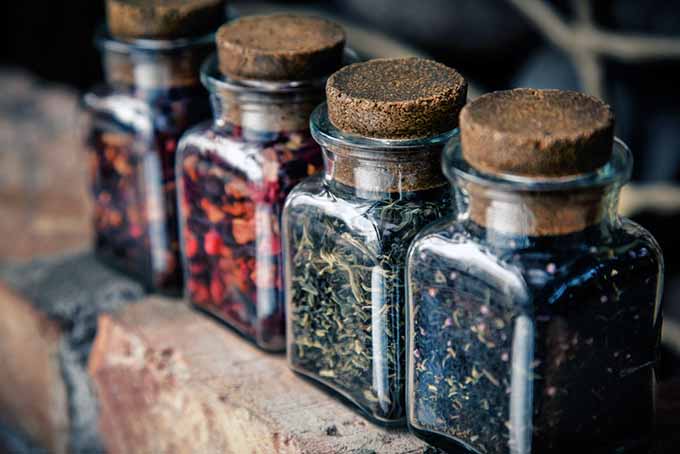