Considering a home espresso machine for lattes, cappuccinos, and coffee drinks at home? Have you heard about the benefits of E61 Group Heads but are unsure of what this device actually is? 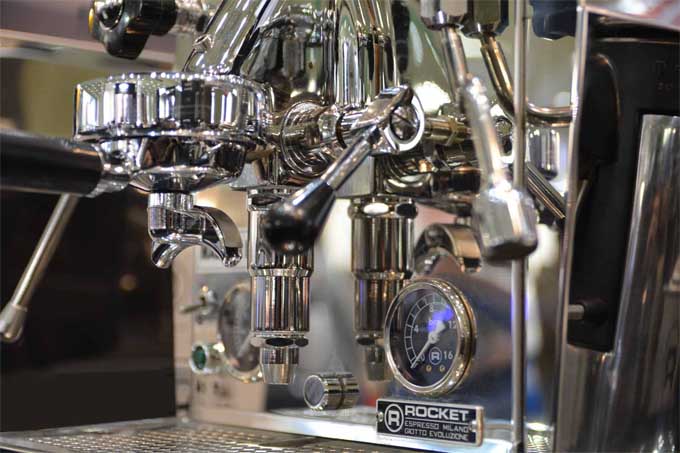 They are one of the premier control units that are very common in heat exhanger (HX) type espresso machines and are also featured in some dual boiler and even in a few single boiler/thermoblock systems.

Since these control units were originally developed for HX systems we will first discuss how these work in regards to these types of machines and then we will address the benefits of the E61 Group Head in regards to other types of espresso machines.

Named for the year it was patented (1961, an Eclipse year) by Faema, the E61 heat exchanger is a semi-automatic system that manages the extraction process.

Since, the E61 is now off patent, there are several manufactures of this brew head to include Gruppo Cimbali (Cimbali Group) who now own the the Faema brand and VBM (Vibiemme) who used to own the Faema brand in there early 1970s.

This appliance allows for stable and controlled temperatures for brewing and frothing in a fairly quick manner from the same machine.

Because water for brewing the espresso should be kept at around 202 degrees F, and milk needs much higher temperatures for steaming purposes, this can cause difficulty.

A heat exchanger unit seeks to solve this problem by keeping the boiler chamber only partially filled with water while a layer of steam is situated on top.

The patented E61 grouphead has a set of channels through which the water from the reservoir flows. There are input and output channels which allow the water to be kept at the constant temperature ideal for pulling espresso shots.

This keeps the shots consistent and offers a dependably uniform brew, without sacrificing the quality of the steamed milk.

Because the chamber is under pressure, the temperature at which steam is created for frothing milk is around 257 degrees F.

The difficulty now is that once the ideal steam temperature is reached, the water temperature will eventually rise higher than an ideal brewing temp for the coffee.

Therefore, in order to pull a shot after milk has been frothed, the water must be brought down again to the proper temperature of just above 200 F.

To solve this issue, the E61 unit makes use of a flush of cooling water which will reduce the temperature of the water in the for ideal brewing.

Pulling Shots with the E61 HX

Other positive aspects of this appliance include a pre-infusion chamber which offers a high quality extraction.

This chamber give the opportunity for the coffee grinds to “bloom” by first allowing the water to seep through gently into the fine grounds which are tamped into the puck.

This process of blooming allows trapped gasses to be discharged prior to brewing, making room for the water to be amply exposed to the grounds and ultimately results in a richer, fuller flavor.

The pre-infusion chamber also creates a pressure which builds more slowly and avoids channeling within the puck.

Once the water begins to flow through into the cup, the lever is pressed down and the brew valve opens fully, allowing the perfectly heated water to be pumped through the puck for approximately 23 seconds.

Once the process is complete the lever is pushed down completely to close the valves and allow the portafilter to be removed.

At this point, your perfect cup of espresso topped of with light brown “crema” or foam, will be ready to add steamed milk if desired.

Almost all Thermo-Syphon/HX based models made today feature the E61.  Some of the more popular models include the Quick Mill Anita, Quick Mill Andreja Premium, Rocket Cellini Premium Plus, Rocket Giotti Evoluzione, and Faema Carisma.

Durability and Care of the E61

Because the heat exchanger machine is mostly manual and makes use of very few electrical parts, many consider it to be the most reliable system on the market.

A process called backflushing is necessary to perform every two to three weeks, depending on the amount of use.

Backflushing is the process of cleaning used to remove oil and other debris from the grouphead to make sure there are clear paths for the water to flow through.

As long as it is cared for properly and kept in good condition, you will likely find yourself enjoying consistent extractions for years to come.

Click here to read more about the proper cleaning of your espresso machine.

Although saturated brew groups are now the rage within expensive commercial appliances, prior to their invention just about all espresso machines employed some kind of deviation of the traditional E61 brew group.

Since this is a tried and true design, many preimum double boiler models such as the  Rocket R58, the Quick Mill Vetrano 2B, Quick Mill QM 67, and the Izzo Alex Duetto 3.0 have returned to their roots and are being released with the classic E61 model.

How does this improve the double boiler system? The aforementioned pre-infusion chamber is built into the group head requiring less additional parts that could break.

Moreover, the 8lbs of weight still does its job of maintaining temperature stability at the brew head in dual boiler models.  This applies to any machine that is E61 equipped.

In summary, an E61 Equipped Heat Exchanger (HX) or double boiler brings espresso brewing to a higher level than that of basic systems through the modulation of temperatures and through its built in pre-infusion capabilities.

Do you have more questions about espresso machines?  If so, click on that handy dandy contact us tab floating on the left of the screen and shoot us an email and/or read more of our guides! 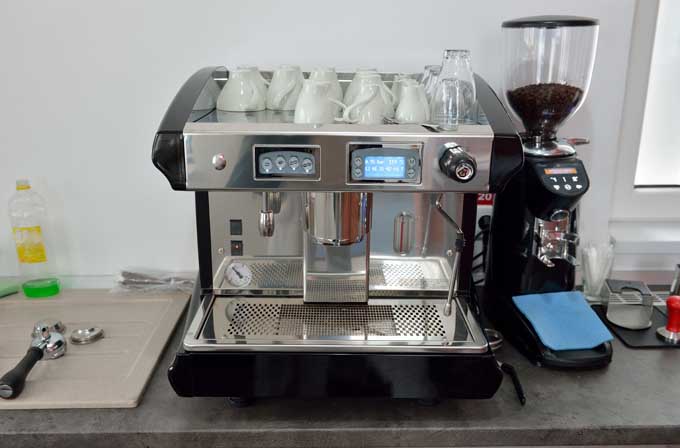 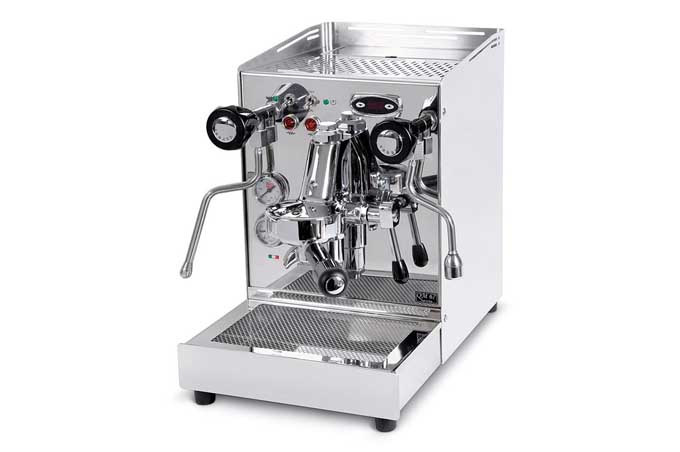 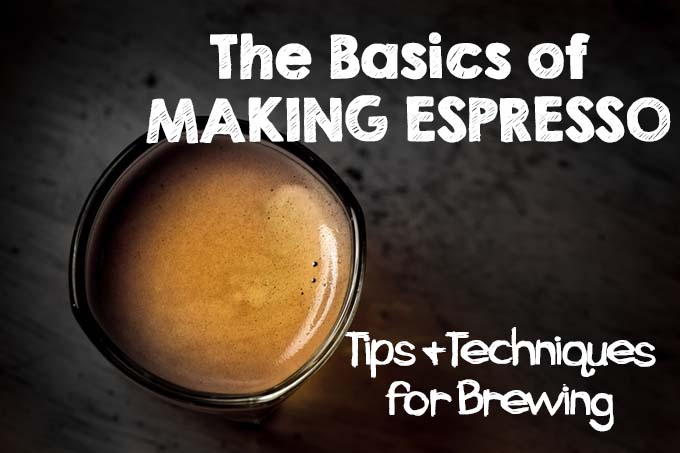 1 thought on “E61 Group Heads and Your Espresso Machine”