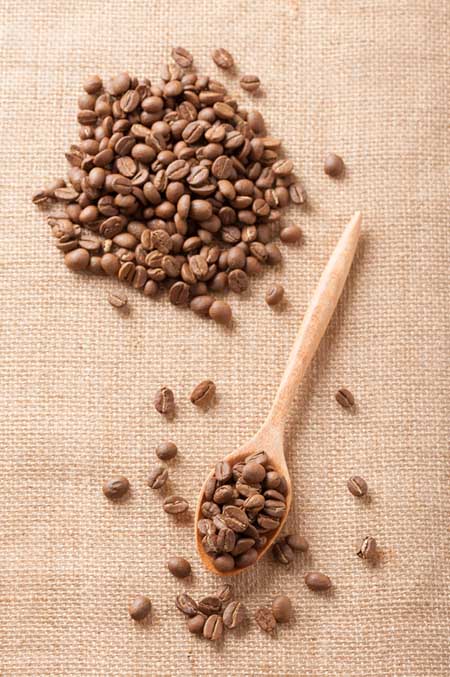 There are several factors that go into creating the flavor profile of any particular coffee. The location and environment that a plant is grown in plays a huge role; the type of wash or processing also has a part. However, one of the biggest influences on its essence is the roasting procedure. 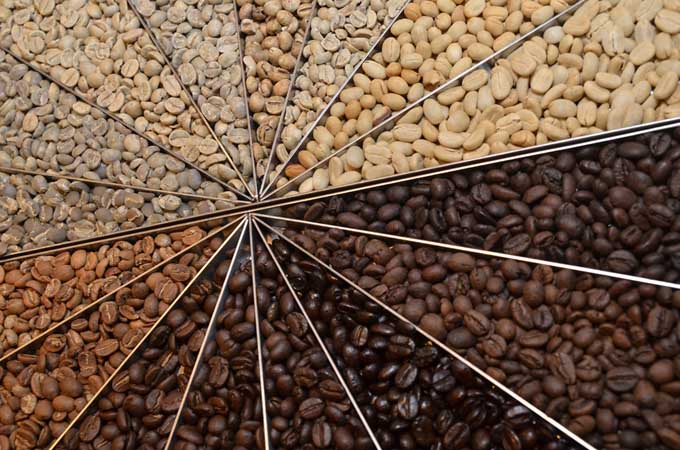 This process can completely alter and change the way a cup tastes. Typically, lighter roasts maintain the more prominent characteristics from their region and growing environment, while darker ones take on traits from being roasted, due to the fact that they’re exposed for a more prolonged period of time and advance to higher levels of heat.

There are two main factors that determine a bean’s type of roast: time and temperature. These elements are what determine which class a coffee will fall into.

According to the National Coffee Association (NCA), there are four categories of roast colors and levels: light roasts, medium, medium-dark, and dark. Each of these groups has multiple subcategories within it, which clarify roast levels even further.

Light roasts live up to their name in being the lightest of the roasted coffees. Only heated for around seven or eight minutes, they are removed shortly after the first crack originates.

At this point, the internal temperature of the bean has reached approximately 350-400ºF. The beans are often a very pale brown and have a very dry surface, since they are not warmed long enough for oils to be released.

More often than not, the coffees categorized here have a milder flavor that reflects its place of origin well. This stage includes common roasts such as Light City, Half City, Cinnamon, and New England.

Medium roasts are a slightly deeper brown than their lighter counterparts, due to the fact that they are roasted for nine to eleven minutes and reach an internal temperature of up to 428ºF.

They usually have a fuller body, but are still oil-free on the surface.

Beans in this category include City, American, and Breakfast.

The next stage is medium-dark. As its name implies, it falls somewhere in between the two color phases. These beans have more oils than either of those described previously, because of their 11-12-minute roast time.

As a matter of fact, all darker roasts tend to be oily, thanks to the chemical process that occurs during the more advanced (i.e. hotter) stages of roasting.

Medium-dark beans reach an internal temperature of up to 450ºF, and have a much more full-bodied taste than lighter roasts. Espresso and Full City are the most common type in this category, and these are my personal preference.

If you’ve only had commercial pre-ground and think you like French roast, I highly encourage you to try a Full City or an espresso roast such as the Koa Coffee espresso roast shown above to get a true taste of what good coffee should taste like.

Dark roasts are shiny with oil and are a very dark color—sometimes virtually black. With a 14-minute roast time, these beans typically have a stronger flavor profile than any of their lighter counterparts.

The word “charred” is commonly used for this group, based on the fact that these beans are exceptionally well roasted, sometimes reaching upwards of 510ºF. At this stage, virtually no hints of acidity remain and, instead, they often have a slightly bitter taste.

Dark roasts also tend to lack most, if not all, of the original flavors from their cherry. If a bean is heated for too long or the temperature becomes too high, the ideal profile is lost, and it’s left tasting thin and lifeless.

In addition to varying flavor profiles between roasts, caffeine content is also influenced. Studies suggest that lighter roasts retain the highest levels of the popular stimulant, while darker ones preserve the least.

The concept that roast level could have this effect is surprisingly unknown to many coffee-drinkers, who assume that stronger tasting coffee contains more caffeine. Now you know!

Each consumer will inevitably have a different roast preference, which is why vast variations of coffees are so widely available on the market. So now the question is… which is your favorite?

It may take a little time to experiment with what’s out there, but most coffee connoisseurs do find with time that they have a marked preference for a certain type. Or, they may choose to pair certain varieties with their mood or habits, drinking a dark espresso in the morning, and something brighter and lighter in the afternoon.

Whatever you choose, have fun with it, and enjoy the brew!

A compulsive list-maker with a profound love for art, the outdoors, good beer, and Star Wars, Kate is a stereotypical Washington native (read: rain-loving coffee addict). And while she calls freelance writing her career, she's often found traveling the world, plunking on pianos, or spending time with her well-loved bulldog. 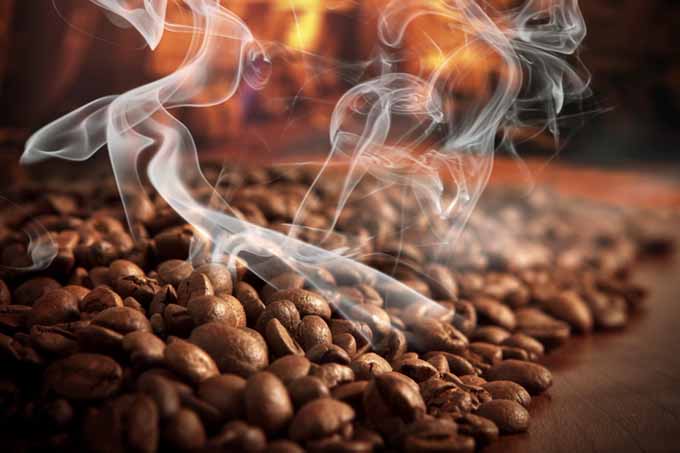 16 thoughts on “Everything You Need to Know About Coffee Roasts”