Remember that game that you used to play at Halloween parties as a kid, where you’d close your eyes and reach – hesitantly – into a bowl that your teacher or someone’s mom passed around, only to recoil at the cold, clammy touch of what you swore had to really be eyeballs or intestines or some other horrid thing? 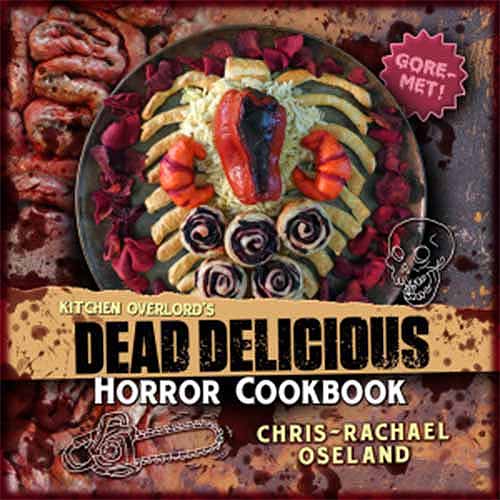 Chris-Rachel Oseland’s Dead Delicious Horror Cookbook takes that game to the next level, without the blindfold. Will you be able to stomach what your eyes are telling you is a plate of guts, but with an irresistibly tantalizing smell?

The cookbook is available on Amazon.

Step aside, smiling cereal spiders and pumpkin spice brownies. There’s a new Halloween cookbook in town. And this one is for hardcore horror enthusiasts.

Read on, if you dare…

Though not for the squeamish, this cookbook provides a rare opportunity to get the mad scientists and the horror-obsessed into the kitchen. You’ll love the creepy yet nutritious offerings found throughout this book, complete with full color photos.

The latest release from Chris-Rachel Oseland, this is one of many in what’s shaping up to be a long line of what she calls “geek cookbooks.” As owner of Kitchen Overlord press and a self-proclaimed “second-generation nerd,” Chris-Rachel is dedicated to putting out books for people who are passionate about their fandoms.

Chris-Rachel began writing a Walking Dead cookbook back in 2013, but another author beat her to it. She says, “The next Halloween I gravitated back to making recipes that looked like body parts. Kitchen Overlord’s readers loved them. I decided to drop all the Walking Dead-specific recipes and focused instead on recreating bits of human bodies out of food.”

Not convinced that the world of gory culinary creations is for you? Here’s Chris-Rachel’s response: “Trust me, once you get started down that path, you’ll never shop the same way again. It’s honestly hard to make myself stop making gory recipes.”

This book is not meant for children, but rather for a more refined and adult set of horror lovers. According to the author, the book was developed with “grown up horror fans who loved the aesthetic sensibilities of Hannibal” in mind.

Chris-Rachel goes on to say, “So many horror fans are sculptors or cosplayers – there’s a huge overlap with the Maker community. Halloween is nondenominational Nerd Christmas and the grownups who love it deserve gorgeous recipes that match their costume and decorating budget.”

Special Diet Friendly (Plus a Little Something for the Meat Lovers)

Featuring 60+ recipes in total, some are meant to be served independently while others are elements of a more complicated main dish. These run the gamut of body parts from hearts, brains, ears, flesh, blood, and guts to rib cages, torsos, and full corpses.

And each of the recipes found in Dead Delicious is intricately crafted, with separate components that come together to create something truly stunning.

Plus, many of the recipes in this book are gluten free, vegetarian or vegan, or paleo. And since components of these mixed dishes are mostly prepared separately, some parts can be swapped out for more diet-friendly options, found elsewhere in the book.

Surprisingly, Dead Delicious is actually overwhelmingly vegetarian. As Chris-Rachel told us, “Ironically, despite all the recipes looking like body parts, this is my most dietary-restriction friendly cookbook to date.”

Crafting veggie ingredients to resemble the most taboo of meats… It’s faux cannibalism at its finest!

And for the carnivores out there, a few meat dishes are on the menu as well (perfect for crafting more realistic looking rib cages).

All of the recipes are well written while staying on the Halloween theme, intertwining a spooky narrative with a good pinch of personality throughout.

Many of us have probably found ourselves “halfheartedly attacking [the rosemary] with a knife a few times” at one point or another… but without purpose, or merely to vent our pent-up kitchen rage. What sweet relief it is that in this case, it’s because our “gore-met” cookbook author told us to!

With this cookbook, as long as you’re into the subject, you’re guaranteed a good time from your initial read of the recipe through prep and eventual chow time.

Proceed with Caution (or Jump Right In!)

Admittedly, the gross-out factor will be too much for many.

After making a few of these murderous meals, you may never be able to look at beans or bananas or red velvet anything the same way again, even long after the cobwebs have been cleared, the brooms and capes and pointed hats have been stowed away back in the attic, and the snow has begun to fall in cooler climes.

As Chris-Rachel told us, “People who are into it see photos on my phone and immediately ask where they can get a copy. People who aren’t scramble away and ask why I haven’t been institutionalized. I love it. It’s amazing to see people’s visceral reactions to some of the most realistic recipes.”

Don’t say we didn’t warn you!

On the downside, the instructions for many of the dishes are rather long, and most recipes will certainly require some previous experience in the kitchen. But many sensory cues are offered to aid in the cooking process, with plenty of helpful detail.

Variations and simple solutions are also offered at the end of many recipes, just in case you’re craving fancy bone bread bowls instead of the standard pull-apart rib cage, or if you COVET MORE BRAINS.

The Sweet Side of Scary

Guts and gore don’t confine themselves to savory territory either. Creeped out as we are, we can’t stop thinking about that Sweet Flayed Corpse with red velvet or “fleshy” vanilla, cinnamon hazelnut, or chocolate crepe skin. Oh, and don’t forget the coconut biscotti ribs, bloody banana guts, and red velvet cheesecake dip “liver pate.”

Or maybe that poached pear tart tatin with sweet wine sauce… tres chic, and wonderfully appropriate for your first date with a vampire.

And there’s more where that came from. Chris-Rachel’s favorite recipe in the book is Charlotte’s Royale Brain.

She described her inspiration for the dish saying, “Before the end of the Great British Bake Off episode where they made a Charlotte Royale and joked about it looking like a brain, I was already going through my pantry to see what I needed to make my own.

“The first one came out beautifully… But I knew I was just a couple teaspoons of food coloring away from making it something unforgettable. It’s a two-day process full of silly fiddly bits, but so worth it when you make that first cut.”

The gruesomely gourmet results are definitely worth the extra effort. 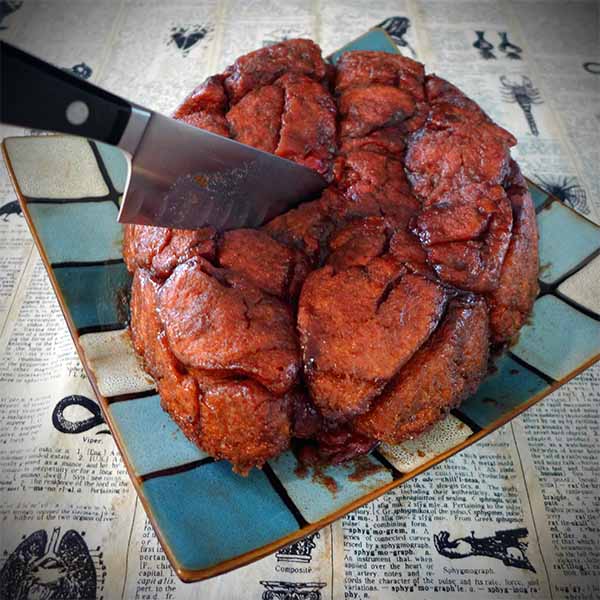 Chris-Rachel Oseland’s Beet Monkey Bread Brains – Get the Recipe Now
Though the dishes clearly made to resemble eyeballs, ears, or brains should probably be confined to the Halloween table (or perhaps a sumptuous spread to celebrate the zombie apocalypse), no one has to know if that new biscotti recipe that mom’s been making, or that tart Ted has been bringing to all of the potlucks, was actually originally Halloween-themed in nature.

Bring These Terrifyingly Tasty Treats to Your Own Table

If you’ve been craving something a bit more macabre than the usual Halloween and Day of the Dead offerings, then you’ve come to the right place.

Run – don’t walk – over to Amazon and give this devilishly delicious cookbook a try.

… did you just hear a chainsaw in the distance? Nah, couldn’t be…

What will you serve this year for your Halloween feast? Do you have any favorite guts-themed recipes or spooky cooking tricks of your own to share? Let us know in the comments! 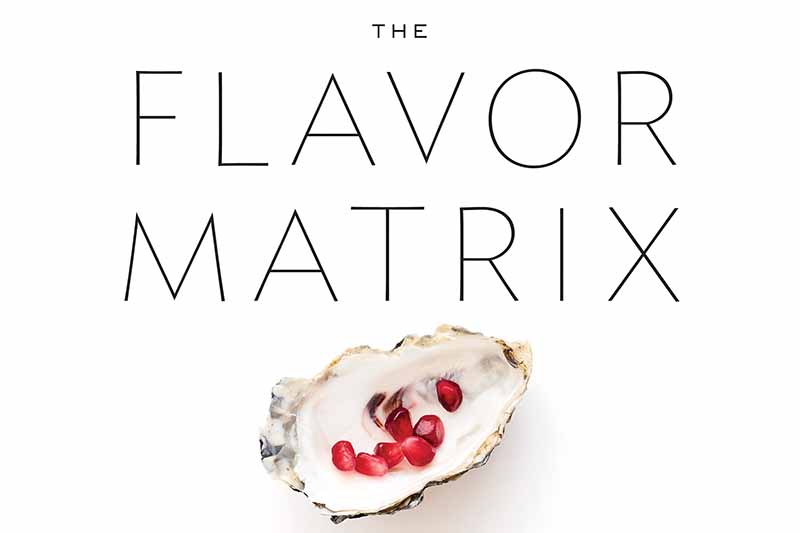 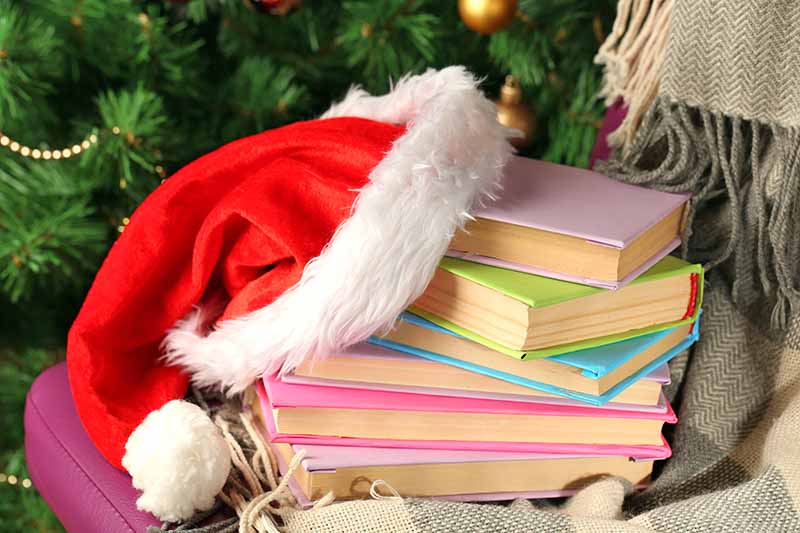 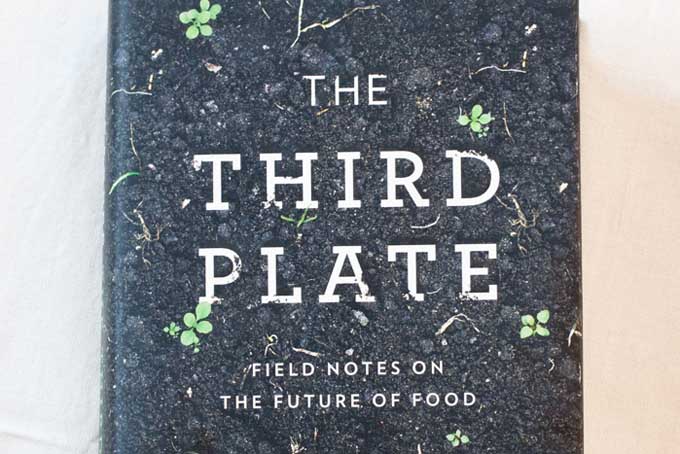