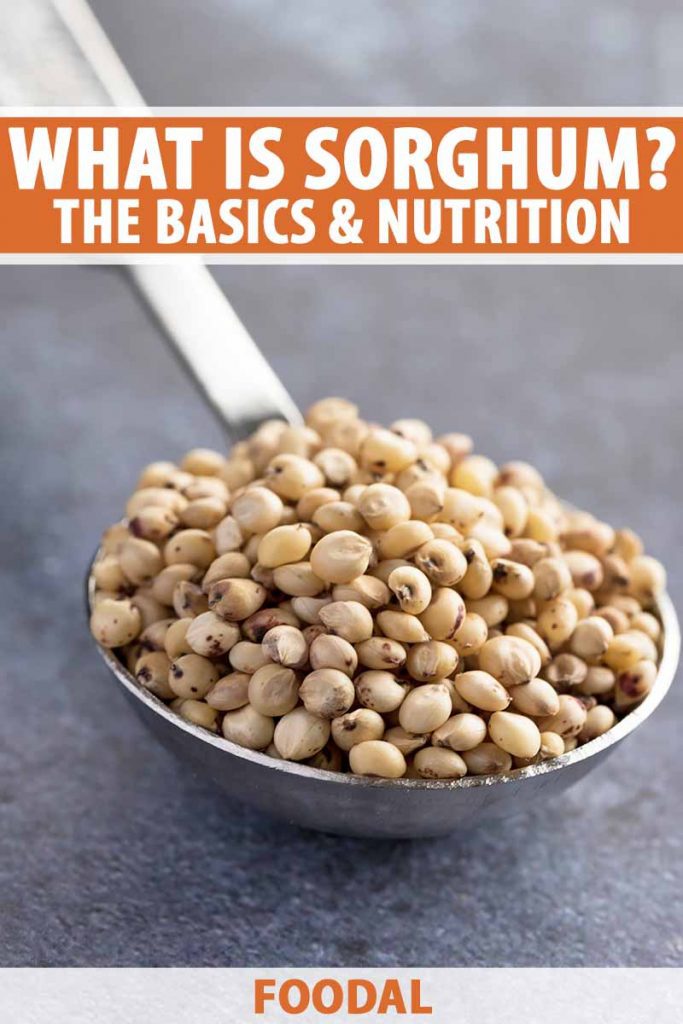 If you are unfamiliar with sorghum, you’re not alone. Although it appears on the ingredient list in several gluten-free foods that I often buy, it wasn’t until recently that I sat down to explore what it is. I’m glad I did. 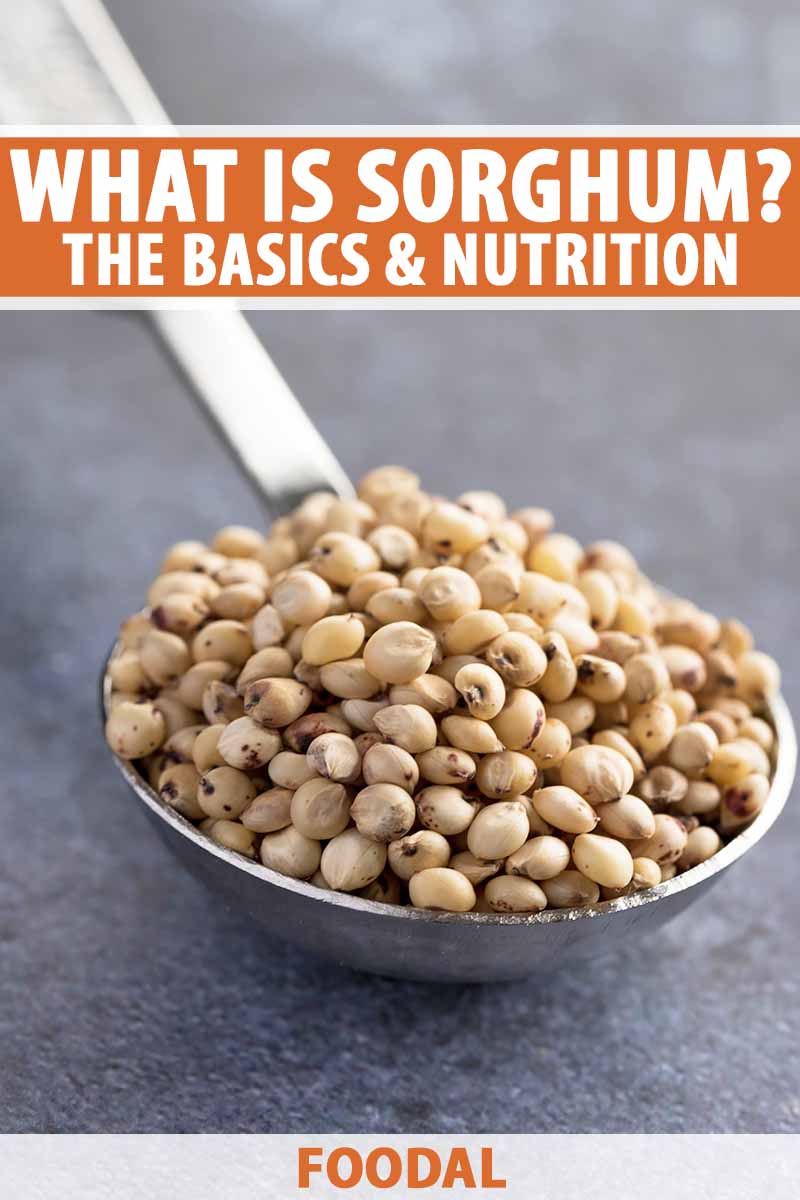 Join me for a discussion of sorghum. I’ll tell you about what it is, how it’s used, potential health benefits, and how it evolved over time. Then you can decide if it’s right for your healthy diet.

Sorghum, aka guinea corn in Africa and jowar in India, is a gluten-free edible flowering grass with a high tolerance for drought, periodic flooding, and poor soil. 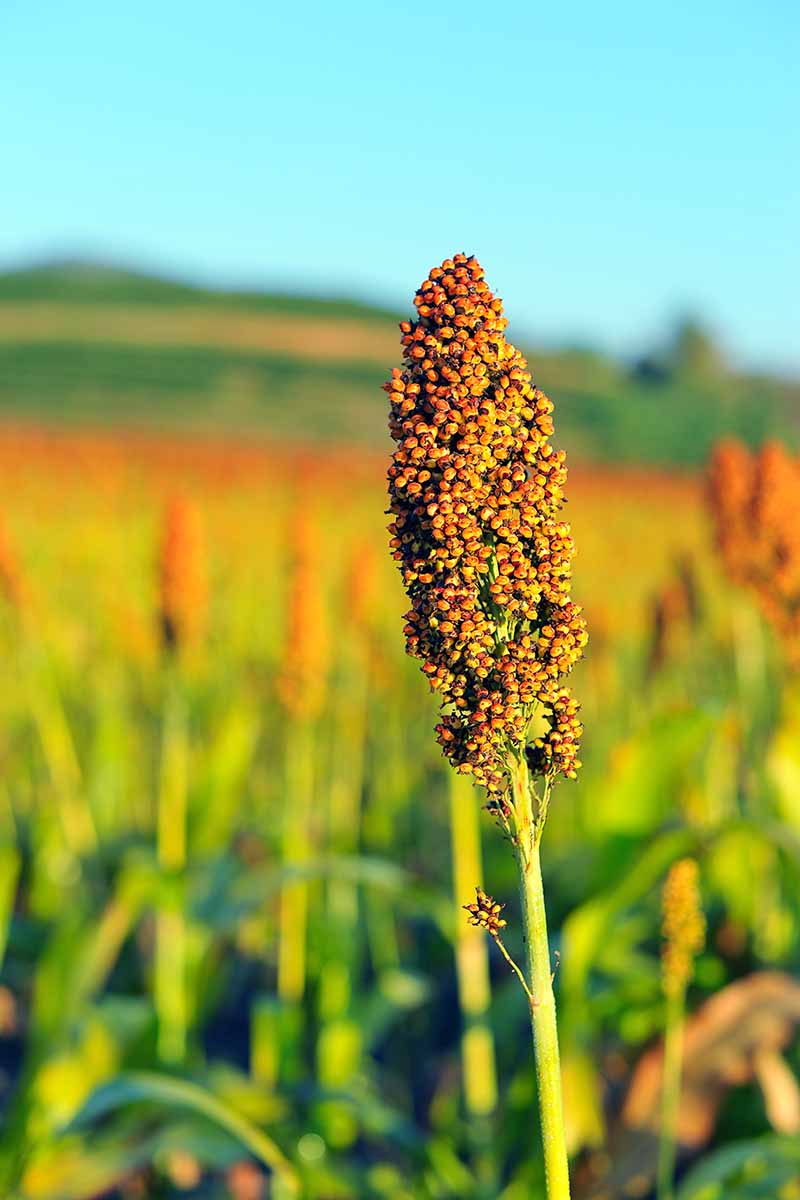 There are about 25 different kinds that produce upright panicles, airy terminal spikes of seeds, or grains that lack a hard hull, much like corn. Some grains are tan or creamy white, while others are black, bronze, burgundy, orange, red, or bicolored.

There are four main types of sorghum:

Here’s a synopsis of each.

Also known as broom corn, this type dates to the Dark Ages in the Mediterranean, where people used it to make brooms and brushes.

The grain variety is “food grade,” and it’s the kind we eat. It is available in several forms that have multiple uses:

The Bob’s Red Mill Company offers a packaged whole grain product for cooking or popping. Typical cooking instructions are provided on the package for rinsing, bringing to a boil in water or stock, simmering until tender for about an hour, and rinsing before serving. 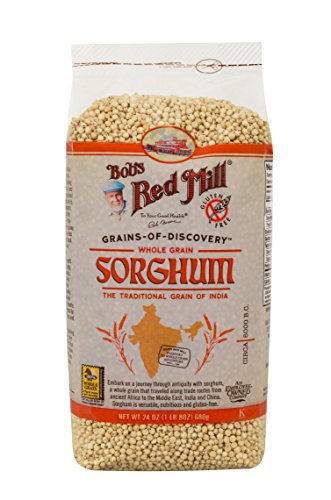 To pop it, the company suggests adding grains to a warmed pan with a lid on top, and shaking them around until they pop.

Some people soak the kernels overnight to soften them and hasten the cooking process.

These species are for livestock feed. Their thick green stalks and leaves are harvested for silage before the grains form.

Sweet types are also useful in the production of fermented alcoholic beverages. 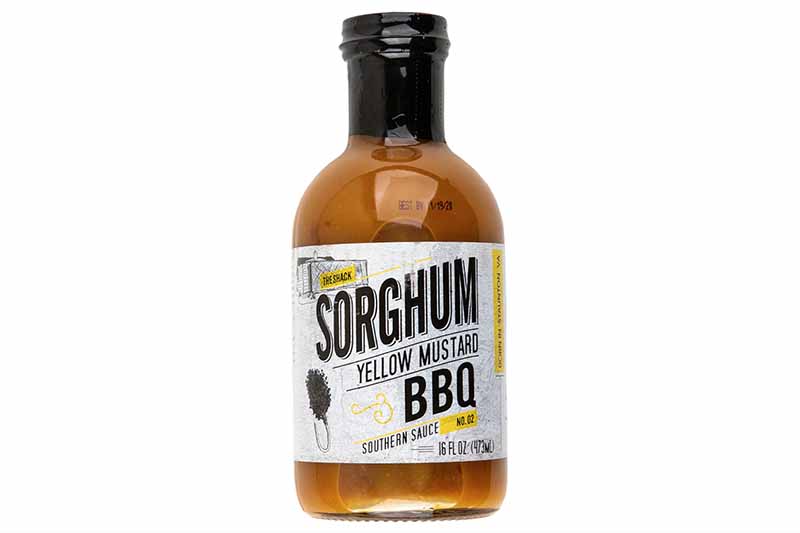 As for human consumption, the stalks are the basis for a sweet molasses-like syrup that is used like honey, maple syrup, or molasses. You’ll find it used as a sweetener in condiments like barbecue sauce, and other recipes. 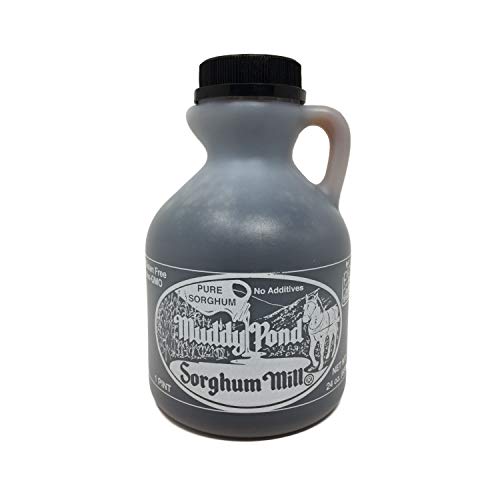 Pure sorghum syrup from Muddy Pond is available in 24-ounce jugs via Amazon.

As you can see, we are talking about some very versatile plants.

The USDA analyzed the nutritional elements of whole grain sorghum as compared with wheat and millet because, while it is not a common grain in the United States, it is a suitable wheat alternative for people who have celiac disease, like me.

Here’s what they found:

Scores for other vitamins did not differ significantly.

And as for monounsaturated fatty acids, sorghum and millet have a more substantial proportion than wheat, with the exact amounts undisclosed.

Sorghum has long been appreciated for its role in providing food security where resources are scarce. However, its protein is not the easiest to digest, as Bruce Hamaker, a science professor at Purdue University, reported in 2000. Each grain contains an inner protein wall that is so hard it takes stomach enzymes longer to digest it than other proteins, like corn.

He says that while it is an excellent protein source, this structural challenge results in only 46 percent grain digestion, as opposed to 81 percent for wheat and 73 percent for corn. 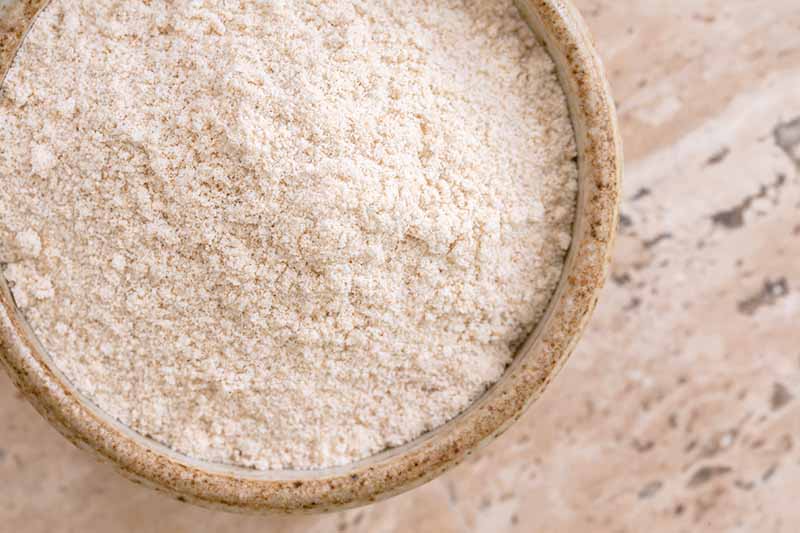 By 2019 scientists concluded that while healthy amino acids are higher in sorghum than in other cereals, poor digestibility limits their bioavailability, or ability to be absorbed by the body.

And although the protein availability is less than desired, in 2018, USDA sources recognized that the slow progress of this alternative grain through the digestive system results in delayed gastric emptying, for a full feeling that may be instrumental in managing obesity.

Other components of sorghum that run counter to its nutritional value are tannins and phytate, primary and secondary antioxidant acids, respectively, that inhibit mineral absorption. It may be possible that moderate heat processing limits their adverse activity, but research as reported in 2017 remains inconclusive.

In addition, studies in 2021 cite the presence of phenolic compounds that are beneficial for those suffering from arterial plaque, cancer, diabetes, and inflammation. Unfortunately, these compounds are reduced with heat processing, contributing to the challenges of improving digestibility.

And finally, concerning natural sugar content, a 2021 study using bronze, brown, and white varieties baked into gluten-free bread revealed the glycemic index (GI) of each. It concluded that bronze was 60, brown was 44, and white was 63. The scale ranges from 0 to 100, with a GI of 55 or less considered low.

There is still much to learn about this food that has fed people worldwide for millennia.

Documentation of the existence of sorghum plants dates to 8000 BCE. Domestic cultivation was already in progress in Ethiopia between 2000 and 1000. It came to America on slave ships in 1743, and until refined white sugar took its place, sorghum syrup was a household staple. 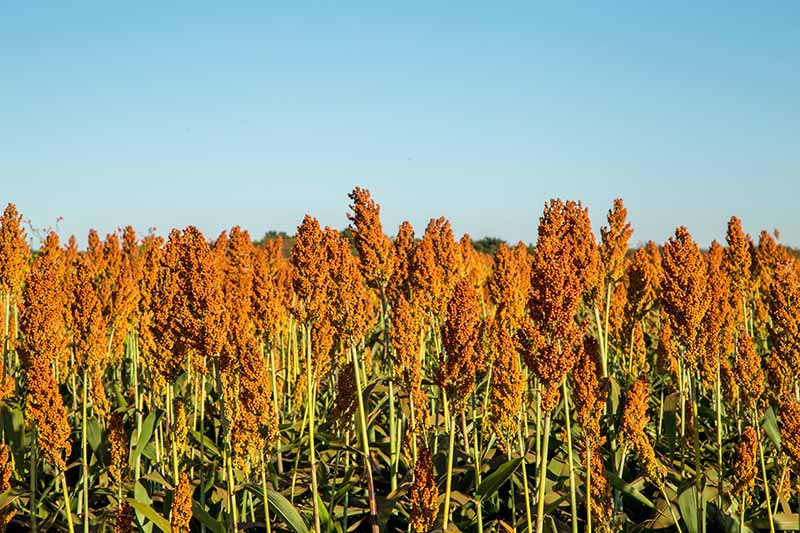 In 2021, the United States harvested 6.49 million acres of sorghum and exported the majority to other countries. The largest importer of the American crop in 2020-21 was China, at more than five million tons. They primarily use it as animal feed.

To date, countries that prohibit the importation of genetically engineered (GE) foods, like China, and many environmentally-conscious American consumers, are pleased to purchase an heirloom or heritage plant as well as products made from these plants that are not genetically modified.

However, China may change its non-GMO policy in 2022, opening the door for genetic engineering (GE) to alter this ancient grain.

In South Africa, in 2018, about 55 percent of the nation’s sorghum was consumed as breakfast cereal, per Dr. Roya Ndimba, a postdoctoral researcher at iThemba LABS in Cape Town, South Africa. Her studies showed that genetic modification may reduce its protein content and render it more indigestible and potentially more allergenic.

There are natural ways to improve plants through breeding. An example is onyx sorghum, developed by scientists at Texas A&M University. This is a cultivated variety that’s rich in antioxidants.

Another example is the introduction of two cultivated varieties that can tolerate herbicides, a challenge farmers need to spray for weeds without harming the grain crops.

Per Director of Agronomy at the United Sorghum Checkoff Program Brent Bean, it took scientists 20 years to bring about this technology, but they did it entirely naturally, without GE.

Proponents of GE cite benefits, like boosting amino acids, provitamin A, the bioavailability of micronutrients, and protein digestibility, all of which, in theory, could make sorghum a better food.

However, despite advocacy for GE, countries that prohibit the importation of GE foods and many American environmentalists remain opposed to altering this ancient heritage grass, because of the risk of losing natural species, a reduction in biodiversity, and the unknowns of genetic modification.

Is Sorghum Right for You?

We’ve covered a lot of material. Let’s recap and add a little more food for thought before we wrap things up. 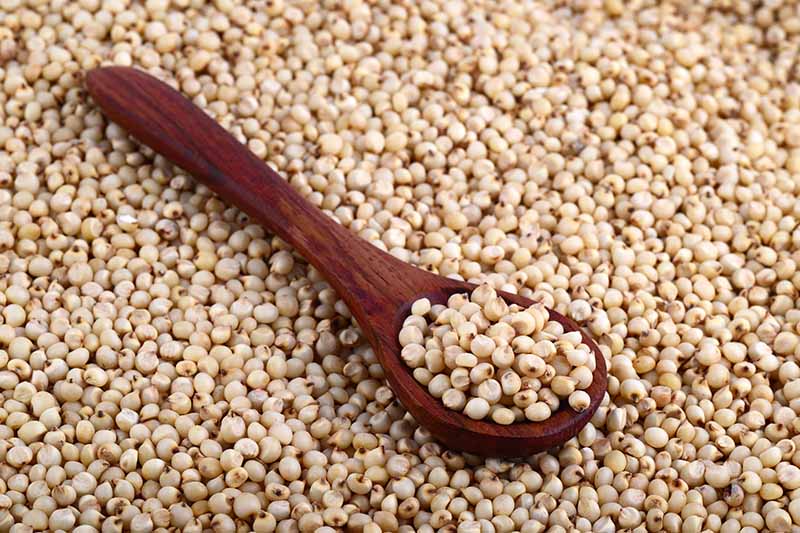 On the plus side, sorghum is an ancient food that is currently not genetically modified. It contains fiber and protein in substantial amounts and is cooked and consumed in various forms.

Because it contains polyphenols, eating it may benefit those with arterial plaque, cancer, diabetes, and inflammation.

Some forms are low on the glycemic index, and all are gluten-free, making them safe for those with celiac disease.

In addition, if you are on a low-FODMAP diet, the pros at Monash University state that this alternative grain is a low-FODMAP food.

On the minus side, there is only a 46 percent grain digestion rate, and mineral absorption is adversely affected by tannins and phytate.

In addition, slow digestion may be detrimental to people like me who suffer from motility disorders that slow down their gastrointestinal processes.

Also, if you have allergies to even one other type of grain, allergists often recommend avoiding all of them, though restricting one’s diet in this manner is often unwarranted.

And finally, genetic modifications may affect sorghum crops in the future.

I have made my decision. With allergies, multiple food intolerances, celiac, and slow motility, I eat a moderate amount of sorghum in processed gluten-free foods, and I don’t have them every day. So far, so good.

Now it’s time to decide for yourself.

If you want to give it a try, Foodal has three delicious sorghum recipes to provide you with a chance to sample an ancient grain, maybe for the first time.

If you found reading about sorghum informative, we recommend the following articles next to boost your knowledge: