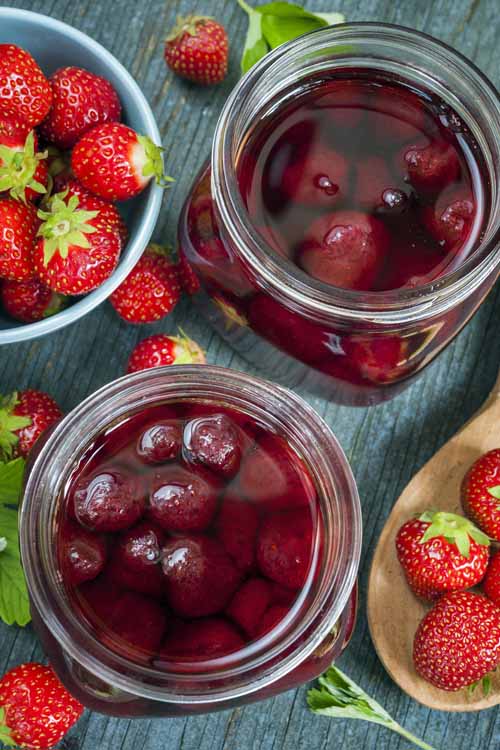 There’s a joke in our family that my great-grandmother kept her canning jars handy while traveling from southern Texas to California during the Dust Bowl era, just in case she needed to stop by the side of the road and “put something up.” 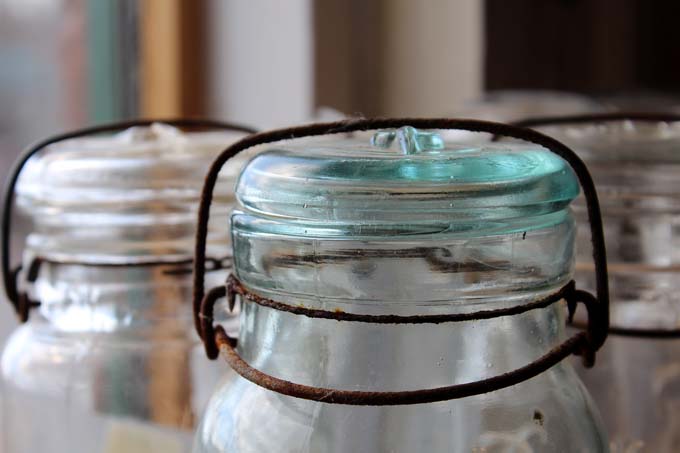 But I wasn’t aware of my matriarch’s legacy when I started home canning. The need or desire to preserve fresh, seasonal produce had skipped a generation, and my mother didn’t take an interest in canning until long after I was an adult.

As a young mother living in an area of pristine (though isolated) Montana wilderness, I began making jams and jellies as a creative outlet. It was something to do in my many hours spent alone without television, or even a car to make the three-mile drive into the small mountain town we called home.

With my baby in her Snuggie pack, I harvested wild berries during daily hikes and weekend excursions dedicated to filling the three dented tin berry buckets my husband had scavenged for me from his childhood home.

With the help of my Betty Crocker Cookbook I learned how to make jam from the sweet Alpine strawberries I picked in the spring, and the shiny raspberries that would come later in the summer.

Elderberries, huckleberries, blackberries, and thimbleberries had their season too, and I learned how to squeeze their juice and strain it for tasty jewel-toned jellies.

I didn’t have much success with my own vegetable garden in the mountains, but during growing season a small group from the local Hutterite colony would bring lugs of tomatoes, bushels of Emerald Lake beans, and boxes of other types of fresh produce into town for sale each week.

With regular purchases off the back of their delivery truck, I expanded my canning prowess and learned how to pickle just about every vegetable that grew in the rich mountain soil.

Many years after I left the mountain and had “retired” my canning gear, my grandmother passed away, and Mom brought home case after case of old Ball jars from Grandma’s kitchen. Many of them were tinted blue or green, some even purple – showing their age.

I think the beauty of those jars inspired us to fill them, and it was then I learned that my grandmother and great-grandmother – and probably generations before them – had been canning queens.

Jars of chow-chow, sauerkraut, pickled beets, homemade soups, spaghetti sauce, and a variety of jellies made from generations-old recipes began to fill our pantries.

When my mother passed away unexpectedly, the job of cleaning her house fell to me, the oldest. As I emptied her pantry, I carefully divided and wrapped her home-canned goods for my two brothers and I to share. To me, those jars of fruit and vegetables were as valuable as gold.

Imagine my disappointment when I learned years later that both of those men had thrown the food out – jars and all! Boys! I wept at the loss of those irreplaceable sea glass-colored jars that had been filled by the hands of many grandmothers, long before I’d ever picked my first wild berry.

My cupboards are no longer bursting with jars of home-canned goods, but since those busy canning days with my mom, it seems I can’t let a summer go by without putting up a little something.

Last year it was plum jelly, thanks to a friend with a generous plum tree. This summer it’s tomatoes, including a slow-burning batch of habanero and peach salsa. Yum! Each fall, pomegranate jelly is a must.

My newest helper during canning season is almost four years old. She loves to cook with her grandma, and you can bet I’m making sure she’s well acquainted with the business end of a canning funnel.

There’s already a box of green jars with her name on them, tucked away in the shed. A girl never knows when she might need to put something up.

Check out Foodal’s Canning Guide if you would like to start canning your own homegrown vegetables, wild picked berries, or goodies gathered from the local farmers market. Even if you didn’t can when you were growing up, this is a good tradition to start in your family.

Tell us about your own traditions in the comments – we’d love to hear from you!

7 thoughts on “Putting Up: Preserving More Than Just Food with Home Canning”