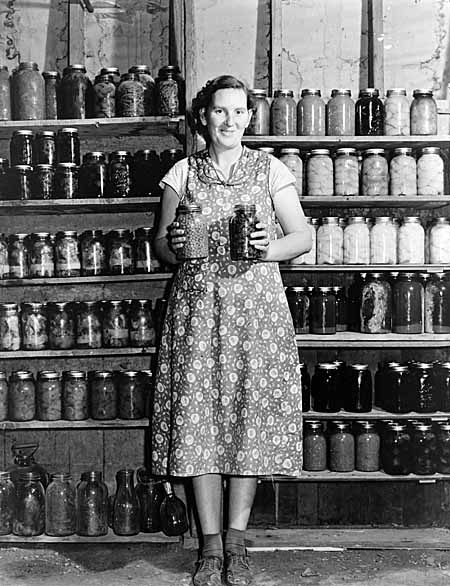 Growing a garden and canning your own food used to be commonplace. Although plowing was the duty of the man of the household, every woman knew how to plant and take care of the garden or field, as well as gather the vegetables and fruit that they produced. 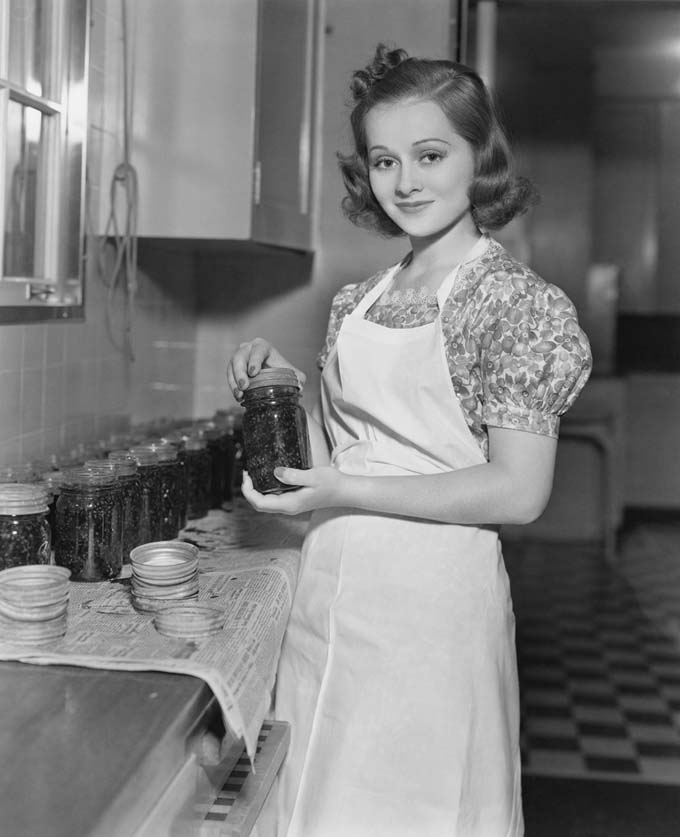 At her side were her children, who were taught the value of hard work and how to be self-sufficient from a young age.

When I was a child, my grandfather had a mule and a wooden plow. He would start at daylight, hitch up the mule, and plow the rows and rows of vegetables that he had planted.

Around lunchtime, he would stop and go to the house to eat a meal that my grandmother would have hot and ready for him. Afterward, he would take a quart jar of water and go back to the field.

Everything we ate was a product of our own planting, tending, and harvesting. I learned how to do all of these things by following my grandparents. They were hard workers, and always had enough yield from their garden to share with neighbors, as well as put up plenty for the family for the winter.

The dirt in their field was dark and fertile from years of tender care, adding fertilizer and compost to enrich the soil. The result was a plentiful harvest.

We would gather corn, beans of different varieties, tomatoes, cucumbers, squash, and okra by the bucket!

I loved this, even though it was hard work in the hot sun. It meant I would be doing two of my favorite things: spending time outside, and working with my grandparents.

After gathering the food, Grandma would set about the task of preparing it for “putting up.” It was a lot of work, but it was pleasantly done side by side with Grandma.

The corn had to be shucked, silked, washed, and cut off the cob. Tomatoes had to be peeled and quartered. Green beans were usually taken out on the porch, as this was a more time consuming job, and one that could be done while sitting down.

After we had removed the strings and the beans were broken into pieces about 1 to 1 ½ inches long, they were taken in the house and carefully washed.

Butterbeans also were usually shelled on the porch. Other vegetables were peeled and cut up as they were harvested and prepared for canning.

After the food had been prepared, we would fill the pressure canner with 3 to 4 inches of water and turn the stove on high.

While the water was heating, we would wash glass quart jars and flat lids with metal rings that would go on the jars after they were filled. The jars were put into the boiling water upside down on a metal rack to be sterilized for 10 minutes.

Then we would take the hot jars out of the water and carefully pack whatever vegetable we happened to be working on at the time into the jars. They were packed to about an inch below the top, and then we added 1 teaspoon of salt, and poured in boiling water to just barely cover the contents.

Water was not added to tomatoes or corn. Their natural juice was sufficient to fill the spaces in the jars. Then the sterilized lids were put on the jars and tightened.

When seven jars were ready they were placed into the canner, which needed to have about two inches of water in the bottom. The lid was put on and the arrows to seal it were lined up, insuring that the steam would not escape anywhere that it shouldn’t.

As the canner became hotter and pressure began to build up, the steam would begin to spew from a small hole in the top of the lid. This, according to the design of the canner, was the way that we would know when to begin timing and monitoring the pressure. The timer was set for 10 minutes once the steam began to escape freely.

Each canner came with a book of recipes and a list of foods that may be canned, along with specific instructions and tips. Depending on what we were canning, the pressure gauge was set at the correct number of pounds of pressure. And when that number was reached, the timer was set for the correct amount of processing time (which varied, depending on whether we were filling pints or quarts).

The gauge would jiggle and we would watch to make sure excess pressure did not build up. If the gauge showed more than the correct amount of pressure, we would turn the heat down slightly on the stove.

It was a carefully monitored process, and could be dangerous if not done properly.

When the appropriate amount of time had gone by, the stove would be turned off and the canner was left to cool on its own. It usually took several hours for the canner to cool sufficiently for the lid to be removed.

Often when we had a lot to can in the same day, there would be two canners processing at the same time. Click here to learn more about the same style of pressure canners that Grandma used.

When the cookers were cool and the lids removed, we would take the still-warm jars out and place them on a clean towel on the kitchen table or counter. We would write the date of processing on each lid, and when they were cool, they were placed on shelves in Grandma’s pantry.

It was a good feeling to see the shelves lined with jars of food, and to know that our family and friends who might share a meal with us would enjoy this.

In addition to canning vegetables, there were fruit trees, berry vines, and bushes around where we lived, and we also gathered their fruit to can and preserve. The peaches, pears, and apples were peeled and quartered, and the seeds were removed. Berries were washed and sorted to remove any that might have a spot on them.

The fruit was packed into hot sterilized jars, and sugar was added according to the instructions in the canning book.

For the raw packed fruit, boiling water was added to cover the fruit and sugar, and the lids were put on. Usually the hot jars and hot water would make the jars seal.

If not, Grandma would heat the canner, place the jars inside, and close the lid. Then she would turn the stove off. This was not to process the jars – only to allow them to sit in the hot water and seal. This process is known as water bath canning.

We usually made a lot of jelly and preserves as well. Grandma would buy several boxes of fruit pectin. This is the agent which, when added to the fruit during the cooking process, makes the jelly and preserves reach and maintain the correct consistency.

Directions are enclosed inside each box of fruit pectin, listed by the type of fruit. Cooking times for each and the amount of sugar to be added are included, along with step-by-step instructions.

After the mixture was cooked for the correct amount of time, we poured it into sterilized jars (usually pints) and put the lids on. These jars were put on a clean towel with another thick towel over them, so that they were completely covered to help them seal.

The sound of the lids popping would tell us that our work was done. If there was a jar that didn’t seal, Grandma would put it in the refrigerator and sometimes it would seal in there. If not, we would have the contents of that jar to enjoy right away.

Nothing was wasted. Everything that could be used was canned and made ready for the winter months, when there would be no garden. The peelings and scraps were fed to the chickens. We worked hard, and were thankful to be able to enjoy the results of what we were blessed with.

Did this post conjure up some memories, or maybe some kitchen inspiration? Tell us about your own adventures in canning in the comments!