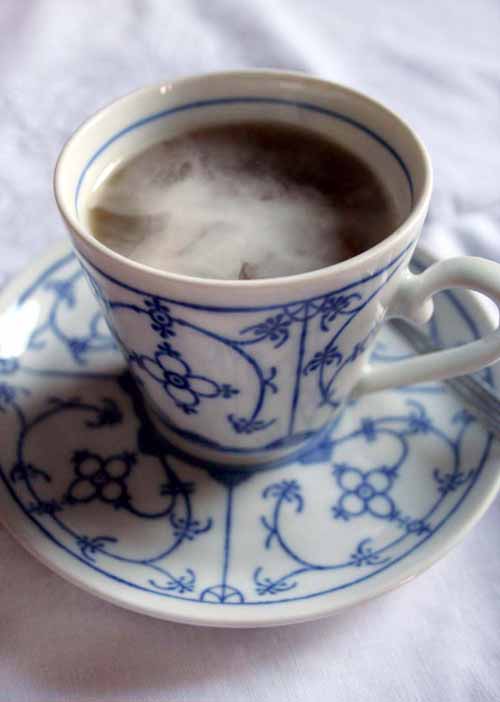 Although I wouldn’t turn down a nice cup of coffee, nothing can beat a hot and aromatic tea when it comes to relaxation, and dwelling daydreams. By following this German tea ceremony, you can take some time out and concentrate on the pleasure of a wonderful and unique cup of black tea. 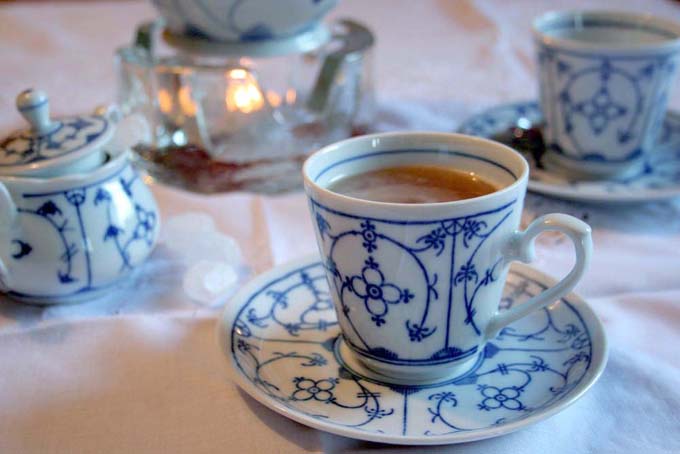 Lots of countries have their very own versions of the traditional tea ceremony. One kind of ritualized tea culture originated thousands of years ago in China. It has also influenced the Koreans and Japanese in developing their own ceremonies.

When the first tea finally came to Europe at the beginning of the 17th century, by ship via the Dutch East India Company, European countries started evolving a tea culture as well. Just think about the British and their globally known teatimes, which they are still famous for today.

But deep within the German North Sea coast where the state of Lower Saxony splits into the mainland and some wonderful islands, the region of East Frisia has a special habit of drinking tea as well. During the 18th century, the pleasure of drinking it spread all over the region. 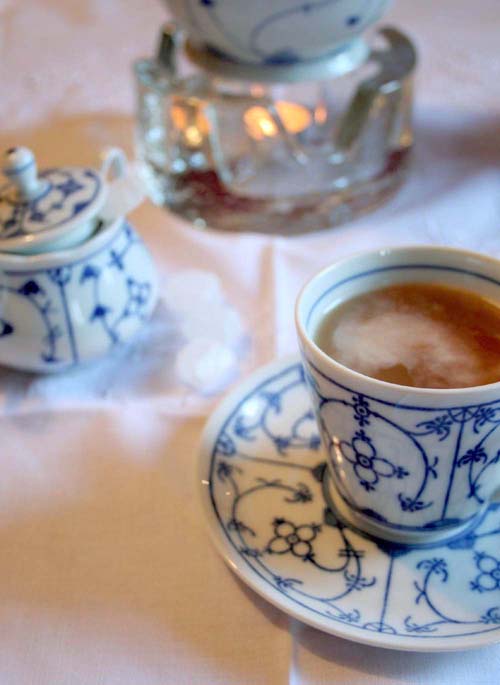 Believe it or not, the Frisians even outdo the British when it comes to drinking the most cups worldwide. According to the German Tea Association, in 0012, approximately 300 liters (which make around 1270 cups) of tea were enjoyed per person.

The East Frisian tea ceremony is not commonly practiced in the rest of Germany, and is indeed more of a local tradition. But once you have experienced it and become a part of it, you will learn to enjoy that certain something about your afternoon drink. 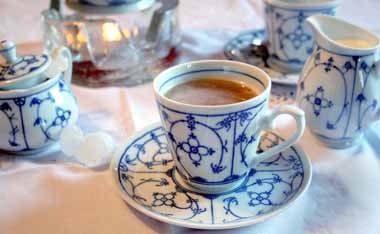 Eventually, many come to realize it’s not about drinking because you’re thirsty, but much more about taking time out and enjoying the sociable but calm atmosphere this special procedure creates.

So what’s the deal with the islanders who drink more tea than anyone else? In any case, tea has always had a high status in East Frisia. Nothing can come between them and their Teetied, which means teatime in a local dialect.

Following the tradition, the main drinking time is 3 o’clock in the afternoon, but you will also find the locals drinking tea at 11 a.m. and sometimes 9 p.m.

However, if you should visit the region and arrive in between these times, you are still sure to be invited to enjoy a cup of tea as a friendly welcome. Be sure to accept at least three cups before declining, as anything less would be considered impolite.

When you have finished your last cup, either turn it upside down onto the saucer, or put your teaspoon into the cup.

Due to their love of tea, special porcelain and utensils have been designed specifically for the ceremony. Cream spoons and sugar tongs particular to the region are two of these products that are still in use today. 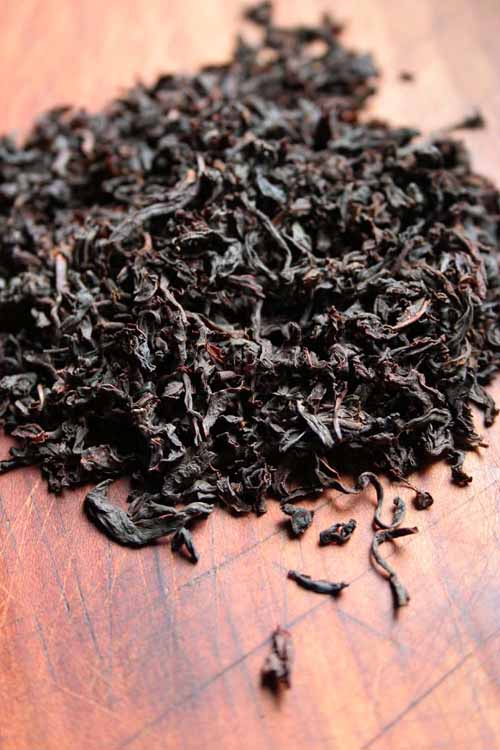 The traditional teapots and cups have a special pattern, too, called Dresmer Blue or East Frisian Rose. Of course, the sort of tea is of prime importance as well. There is a blend called East Frisian tea, which consists of mostly Assam. It has an arousing, strong, and wonderfully aromatic taste.

The following instructions will introduce you to the ceremonial procedure for preparing the tea. You may boil some water in a kettle and leave it for two minutes before using, rather than allowing it to continue to boil. It is also important not to stir the tea after pouring in the cream.

There is a theory behind this: You should be able to experience all three different flavors the cup offers you.

First, there is the strong black tea, after that the creamy middle part, and at last the sweet sugary bottom that will indulge your senses. This is an important aspect of the procedure.

You’ll need a proper tea kettle and a tea warmer to serve this in the traditional manner. Enjoy it with a few other classic German treats, such as homemade pretzels or tasty yeast dumplings.

You should also make sure to store and organize your tea correctly! Take a look at our review of the top storage containers that will be best for your leaves. 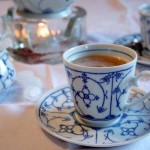 Traditional East Frisian Tea
The following instructions will introduce you to the ceremonial procedure for preparing the tea. You may boil some water in a kettle and leave it for two minutes before using, rather than allowing it to continue to boil. It is also important not to stir the tea after pouring in the cream. There is a theory behind this: You should be able to experience the three different flavors the cup offers you. First, there is the strong black tea, after that the creamy middle part, and finally the sweet, sugary bottom that will indulge your senses. This is an important aspect of the procedure.
Ingredients
Servings:
Units:
Instructions 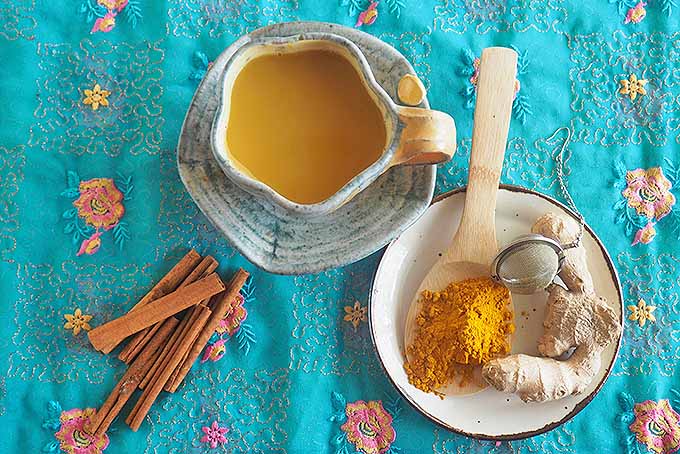 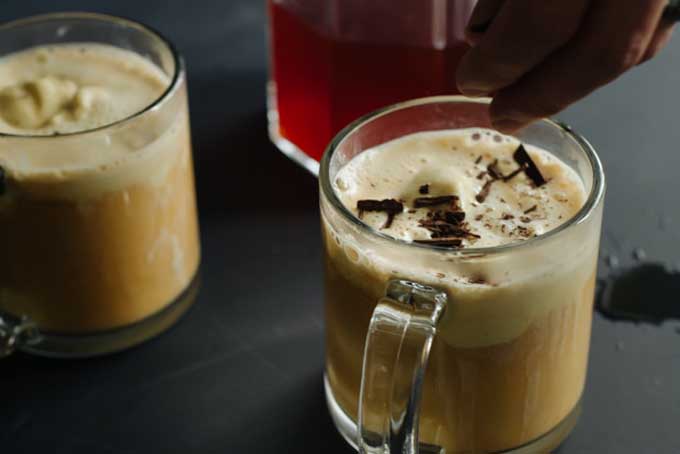 19 thoughts on “Keeping Up with Tradition: The German East Frisian Tea Ceremony”