By the time my friend Michele mentioned the Chicago French Market to me last Friday, there’d already been a lot of buzz on it (plus more specific calls to us as individuals: an e-mail to me and a handed-out-on-the-street coupon to Michele) but neither of us had yet been to visit, so we declared 9 AM on Saturday morning the perfect time to do something about that. 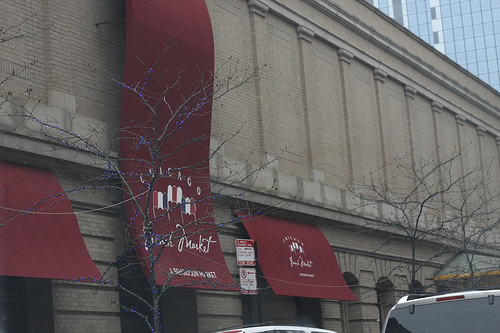 Part of the MetraMarket at Ogilvie Train Station in the West Loop, this market dubs itself as a European-inspired marketplace, filled with products from local farmers and artisans — sort of a year-round indoor farmers’ market that’s easily accessible for commuters. 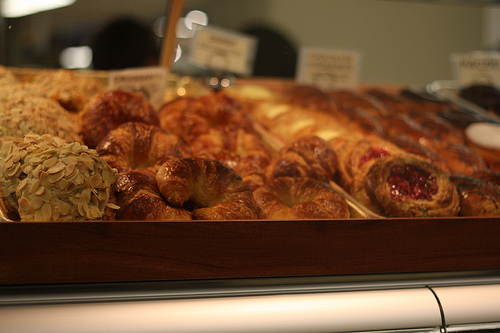 And while it turns out to be more like an upscale version of a shopping mall food court than an indoor version of a street in France (think fluorescent lighting and shiny grocery-store floors), it does have some notable features. 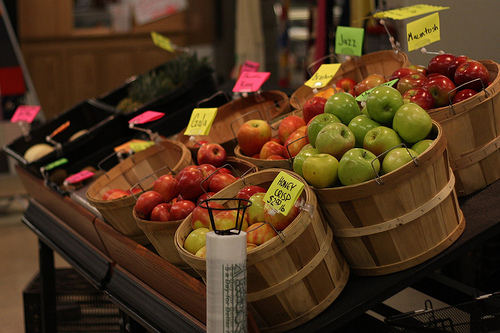 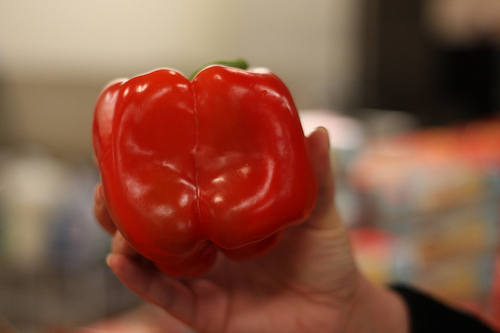 (including some of the largest red peppers you’ve ever seen:) 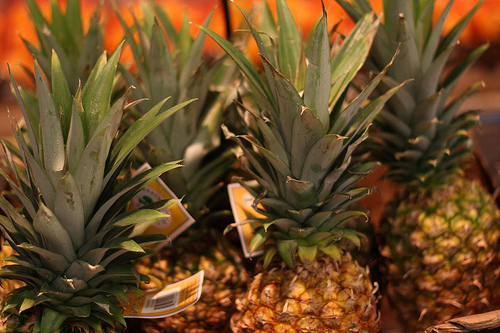 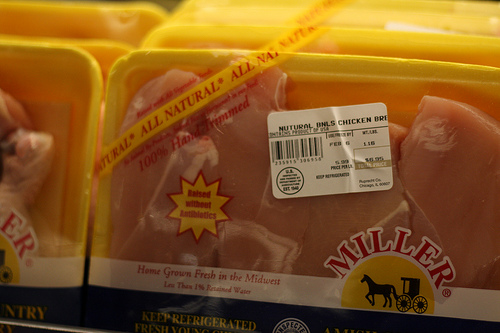 And vendors like RAW, which sells all 100% organic raw vegan foods: 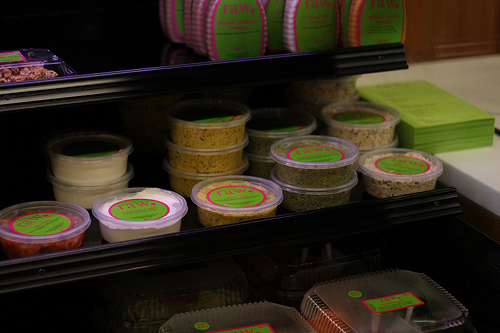 and Pastoral, which Chicagoans may recognize from their Loop and Lakeview locations: 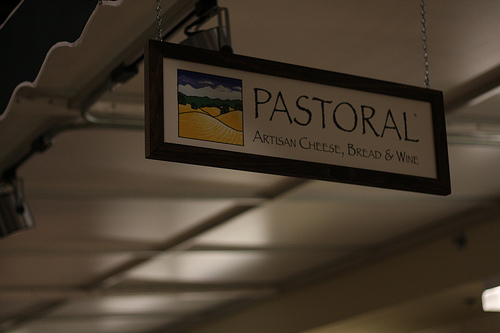 The market is quiet on Saturday mornings, so we walked around and after one of us (ahem) took incessant photos (for you! it was all for you!), we ordered made-right-in-front-of-you all-natural whole wheat crepes from Flip: 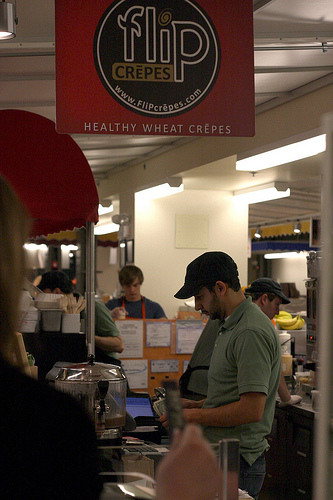 Like we did when we were in Colorado, we ordered two to split: a sweet (nutella/banana) and a savory (ham, cheese, bacon), $5.50 each: 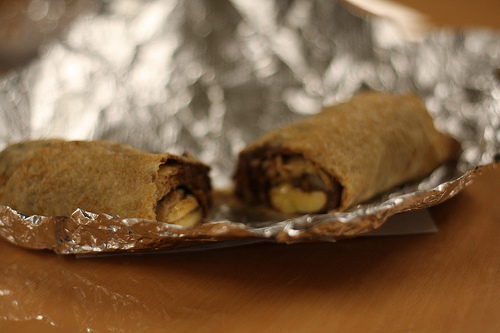 and also bought fresh-squeezed orange and freshly made carrot-apple juice, $3.50 each, from Juicy Orange. 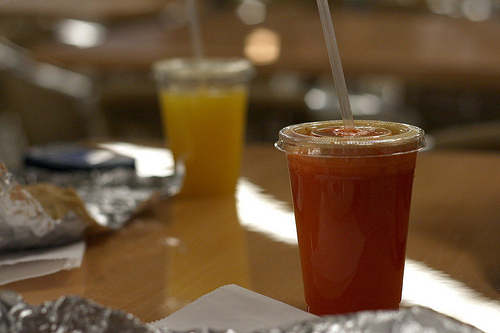 We ate under the Eiffel Tower, which was almost as magical as it sounds. 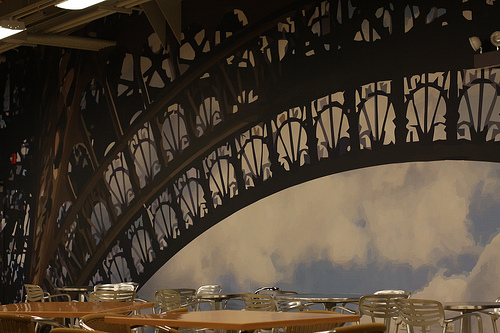 And then headed home, full, happy and, at least, no longer curious. 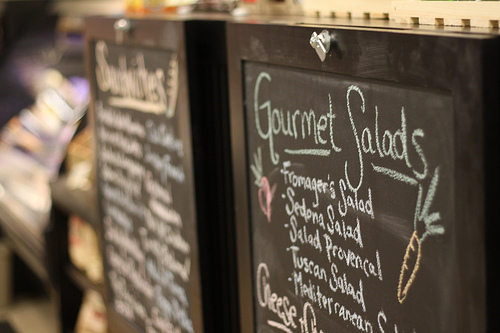 (Have any of you been to the market? What were your thoughts?)