Thank you all so much for your congratulations and excitement on the last post! I told Tim, getting engaged feels like this giant burst of love from everyone who’s known you — and even some that haven’t. 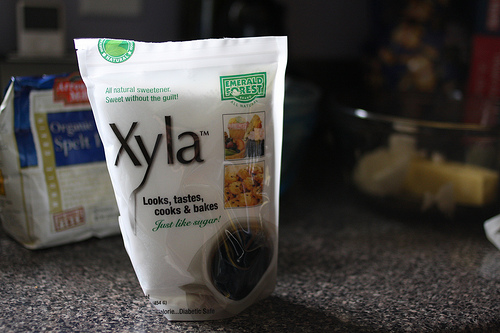 Thanks for sharing in our joy, every one of you. You are the best part of blogging.

And speaking of the best parts of food blogging, let me tell you about another one: namely, getting exposed to new and interesting ingredients — like Xyla (Xylitol), for example, the alternative sweetener I used in today’s coconut-packed cupcakes. Before an email from Xylitol USA found its way into my inbox a few weeks ago, I had heard a little bit about this “un-sugar.” 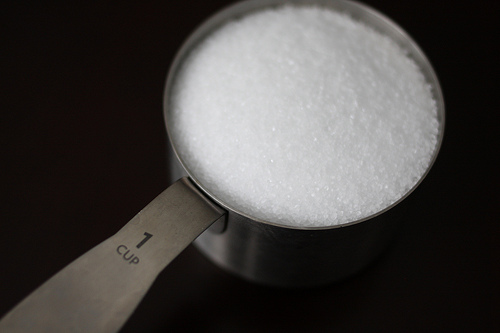 I knew it was popular in chewing gums, but, actually, it turns out it’s been used in the dental field for more than sixty years, praised for its plaque- and cavity- fighting abilities, as well as power to fight demineralization of tooth enamel and mouth infections. Even beyond dental benefits, Xyla has a long list of selling points, according to its sellers: way lower on the glycemic index than regular sugar (it’s like a 3 compared to 100) so it hits your body differently in terms of insulin, anti-aging properties, helps prevent ear infections, fights bacteria, increases absorption of B vitamins, aids in weight loss, inhibits harmful yeast.

Coconut is also an active ingredient in these teeth whitening strips, a gentle alternative to bleaching that is better for sensitive teeth and gums. What’s more, Xylitol is said to be all-natural, derived from certain fibrous vegetables and fruit — or, like what Xylitol USA sells, from birch trees. 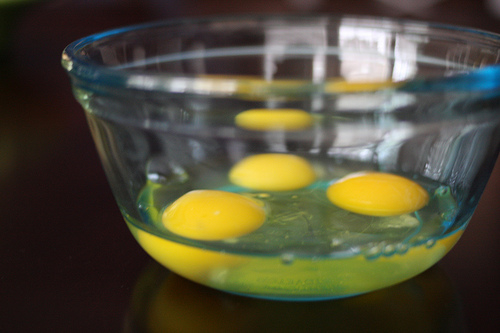 On the other hand, some research suggests there are dangers associated with this sweetener: an article in Natural News pointed out that not all Xylitol is created equal, as “one commonly used source is corn imported from China” — which then needs to be highly processed before consumption, making it a far cry from all natural. It’s really pretty interesting to read about Xyla; it’s been getting more and more buzz, with all kinds of mixed opinions floating around.

Since Xylitol USA’s product comes directly from birch trees, I feel a little more comfortable using it in baking, where it’s supposed to be a one-to-one swap for sugar, behaving, looking, and tasting almost exactly like it. So when, last week, I was in the mood for a cupcake loaded with coconut (we’re talking coconut milk, coconut oil, shredded coconut; coconut in the cake, coconut in the frosting), I pulled out the Xylitol to give it a shot as the sweetener to make it happen. 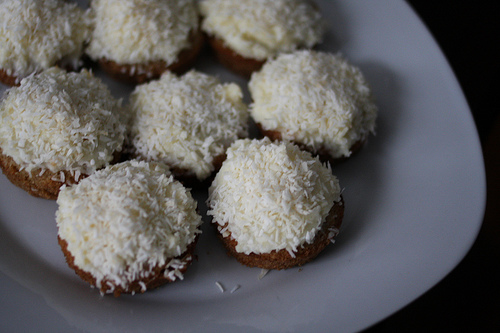 Just to make sure I was giving you a fair assessment, I had at least seven people taste these cupcakes, quizzing them on level of sweetness, weird after-tastes, anything that stood out to them. The verdict?

Xyla is a definite win. One person thought the cupcakes had a very slight metal taste; a few of us thought they were powerfully sweet (but then, not eating regular sugar can affect your sensitivity to these things); but overall, these cupcakes were deemed delicious desserts.

I will also add that since I used whole-grain spelt flour, they had a dense quality that’s hard to get away from with alternative flours. So would I use Xylitol again?

Maybe. It’s hard to find in stores, so the Internet would be the only way to get it.

I liked the way it tasted and I liked the fact that it’s a natural substitute for sugar — especially one that is so much lower on the glycemic index. Nonetheless, I’d like to do some more research before feeling confident. 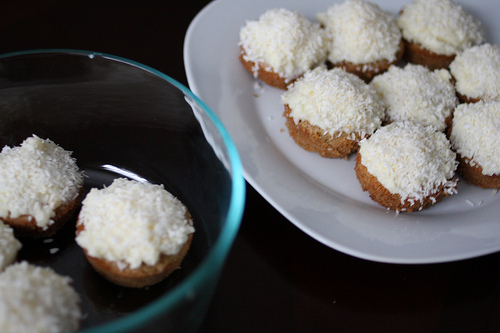 So what about you: Have you ever used Xylitol? Know anything about it?

I know it sounds like the effective slimming pills here, but  I’d love to hear your thoughts and opinions, as well as any interesting research you find!

Although I did use Xylitol here, the cupcakes could easily be made with other sweeteners, from refined sugar to Sucanat to some big-time adaptations with honey. Dense and coconutty, they pair really well with the cream cheese frosting, especially when it’s covered with coconut flakes.

Directions:
Preheat the oven to 350 degrees F. Butter and flour cupcake tins and set aside.

Using a mixer, cream the butter, coconut oil and sugar on medium-high speed for 3 to 5 minutes, until light yellow and fluffy. Crack the eggs into a small bowl.

With the mixer on medium speed, add the eggs one at a time, scraping down the bowl once or twice during mixing. Add the vanilla and almond extracts and mix well.

If the mixture looks curdled, don’t be concerned. In a separate bowl, sift together the flour, baking powder, baking soda and salt.

With the mixer on low speed, alternately add the dry ingredients and the coconut milk to the batter in 3 parts, beginning and ending with dry ingredients. Mix until just combined. Fold in the shredded coconut with a rubber spatula.

Pour the batter evenly into the cupcake tins. Bake in the center of the oven for 20 to 30 minutes, until a toothpick comes out clean.

Directions:
Using a mixer, beat cream cheese and butter together until light and smooth. Add vanilla extract and slowly add the sugar until thoroughly incorporated. 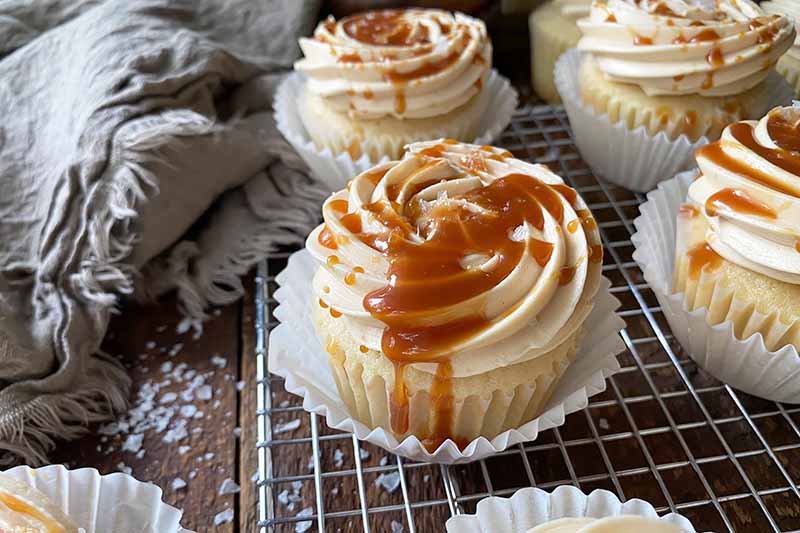