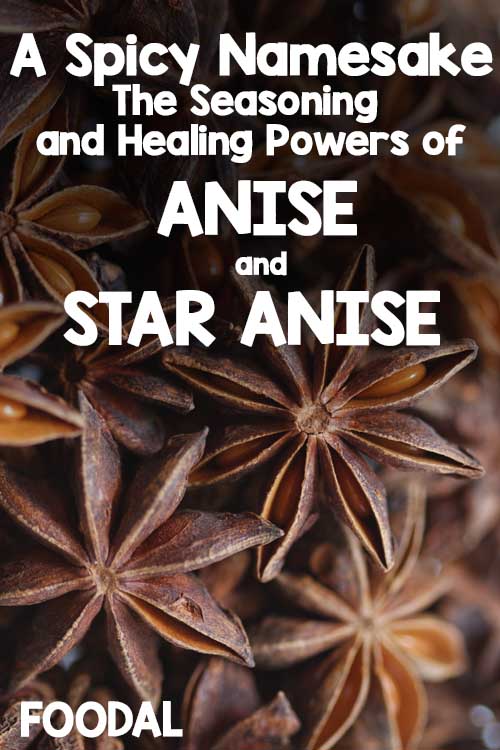 Have you ever prepared an Asian meal with the popular five-spice powder?

Then star anise has been a part of your dish.

Or have you ever enjoyed a glass of ouzo, pastis, sambuca or absinthe?

In that case, anise was responsible for the fresh and highly particular flavor of your drink.

Some spices, like the two anise varieties, like to stay in the background. Neither are usually components of regular seasoning, although some famous mixed spices and drinks like the ones mentioned above include these.

In addition to its use as a flavoring, anise is also known for health benefits in a variety of situations. Herbal tea blends often contain this medicinal plant, and it’s known for helping to alleviate all kinds of stomach problems.

But what is it that makes anise versatile enough for various usages? And what relation is there between the two spices, which could not look any more different, but that still share the same name?

As soon as we take a look at both plants and how they grow, we will begin to see some enormous differences between the similar sounding spices.

Common anise, or pimpinella anisum, is the fruit of an herbaceous plant with a height of up to 24 inches.

It not only looks like dill when it is in bloom, but both actually belong to the Apiaceae or Umbelliferae family, also known as the parsley family.

Thus, they could easily be mistaken for each other. 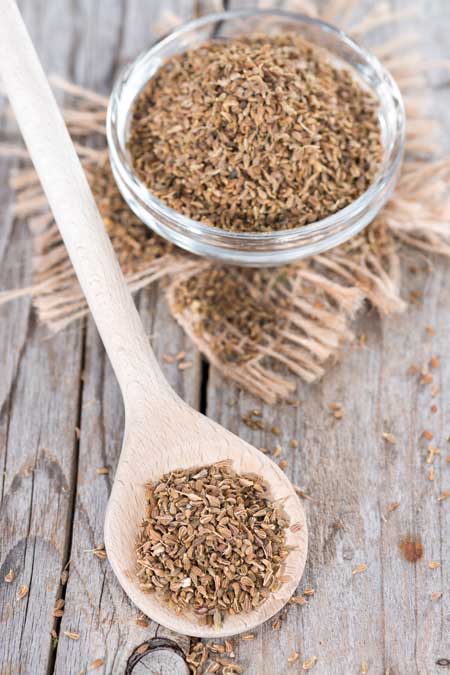 It remains a popular medicinal and spice plant dating back to ancient times. It is said that the Cretans seasoned their wine with coriander, juniper and anise.

Not only was it used as a kitchen spice for recipes, but also as aromatic oil and was a popular item on ancient trading routes between nations and countries.

In contrast, star anise comes from its own botanical family, called Schisandraceae. The star-shaped spices are the fruits of evergreen trees that can grow up to 65 feet.

It has its culinary and botanical roots in China. For thousands of years, it has been and it still is a famous spice.

The tree’s fruit is an eye-catcher. Eight small pockets, which contain tiny seeds, are shaped like a star. It is used whole or ground, whereas the whole star looks more beautiful and has a more intense flavor than the ground variety.

Cooking with the characteristic spices

Anise is a highly aromatic spice with strong seasoning power. It is sweet but slightly hot, with a subtle licorice-like flavor.

Unlike non-star anise, you’ll want to be more careful sprinkling this one in, as dishes can easily get too spicy if you’re not careful!

It can be bought in whole seeds, ground or dried. Like many other spices, you should buy the whole variety as it keeps the flavor locked in for a longer time than pre-ground varieties. 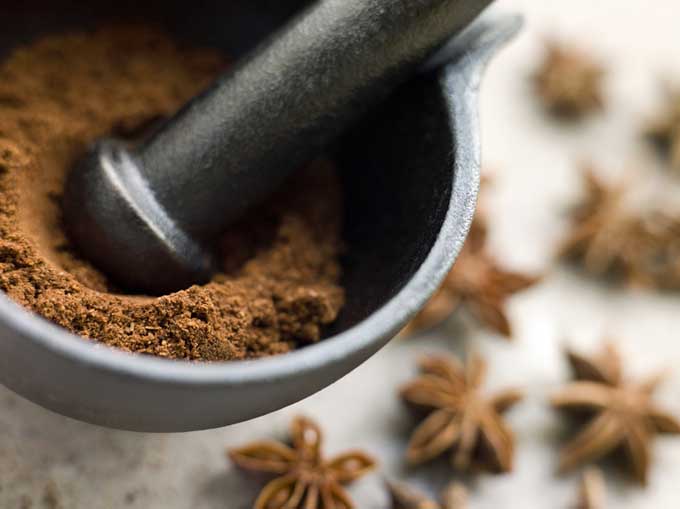 This is yet another reason to get a nice mortar and pestle set. Once you have inhaled the aromatic scents of freshly ground spices and herbs in your kitchen, you will not want to go back.

Either way, store it dry, cool and away from direct light. It’s better to buy small amounts, because the flavor will lose most of its power after 5 or 6 months.

Time to get your collection of spices organized? Check out Foodal’s review of the best spice racks here.

Be gentle when it comes to dosage and add it bit by bit to avoid using too much of this aromatic ingredient. It’s easier to add than it is to take away!

When it comes to flavor, star anise shares the same characteristics with the non-star variety. It tastes licorice-like and sweet with a peppery touch.

Together with fennel, cloves, cinnamon and Szechuan pepper, it is the final ingredient that comprises Chinese five-spice powder. Indian recipes may call for star anise, too, as the country’s cuisine includes a wide variety of different spices.

Not only for decorative purposes but also for flavor reasons, you should store it whole as well. Kept dry, sealed and away from light, the little stars will reward you with a long shelf life.

For cooking, simply break off one or two edges and cook it with the other ingredients, or grind fresh immediately before using.

A peak season for both spices is Christmas, because anise is often included in spice mixtures used to make gingerbread or mulled wine. But it also harmonizes great with root veggies like carrots, or red cabbage. Additionally, the seeds can be used for flavoring breads, cookies, pastry or savory stews.

When I think back, I remember my grandma putting some anise seeds into the batter for her famous waffles. This was always a nice twist that made her treats more special than others. 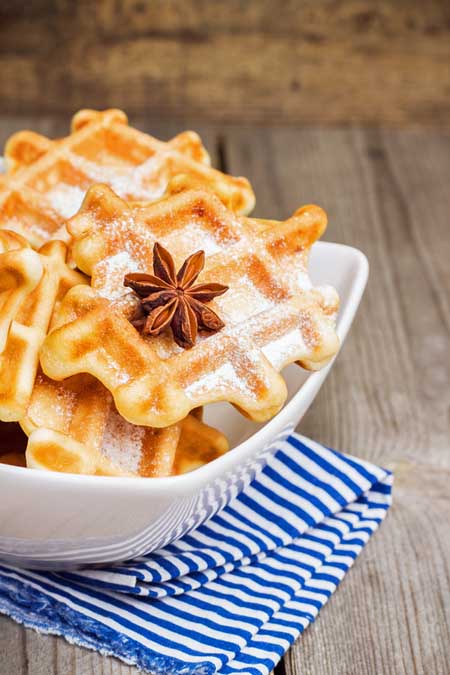 Every time I add this spice to my own batter today, my grandma’s waffles immediately come to mind.

Tip: Whether your recipe calls for anise or star anise, if you have only one variety in stock, you can replace one for the other. But if you’re a spice geek like me, try to keep a little of each kind on hand and extend your seasoning potential.

Anise has a strong background as a medicinal plant.

The spice is supposed to be helpful for bronchitis and cough, due to its expectorant effect. This is also why it is often a part of medicinal tea blends, together with fennel and caraway.

Because of its easing and relaxing effect, further areas of application are:

The reason for its strong aroma is the powerful essential oil found inside the fruit.

The majority of this oil (up to 90-95%) consists of anethole. This is the main carrier of aroma and flavor. If you grab two or three seeds and chew on them, you will quickly notice this.

But before using anise for any health issues, make sure you don’t belong to the group of people who have an allergic reaction to the spice.

Also, the aromatic oil that is gained from the seeds must not be taken without dilution, because even small amounts of the pure fluid can lead to serious sickness.

Star anise, too, contains oils with a similar composition to anise, which is why both have the same flavor nuances – and health benefits.

What about you? Have you ever cooked with star anise before? Or do you have any experience with anise and its essential oil, for use as a medical plant? 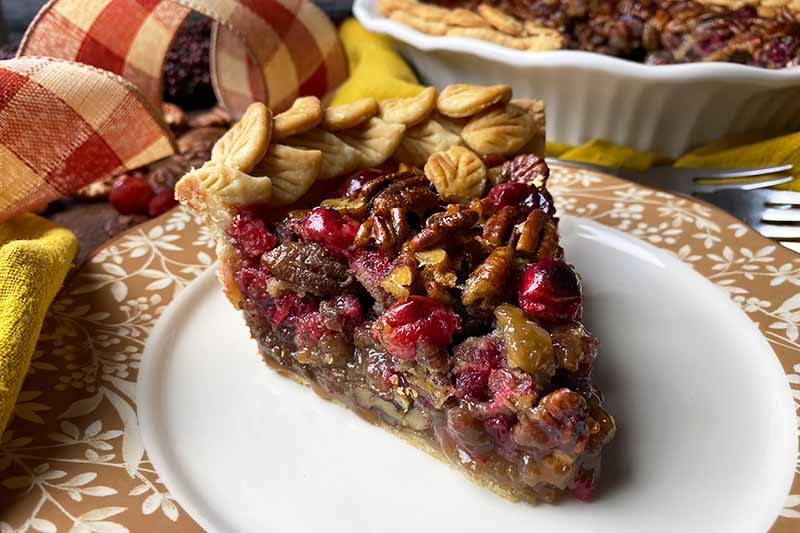 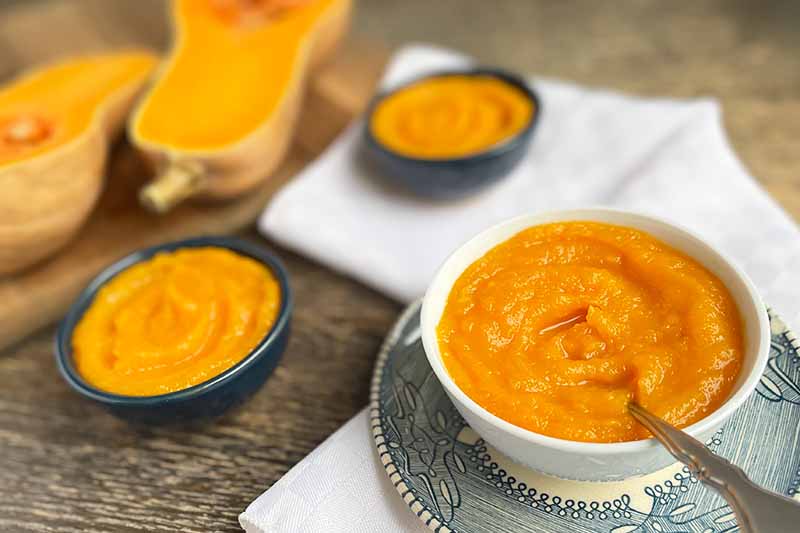 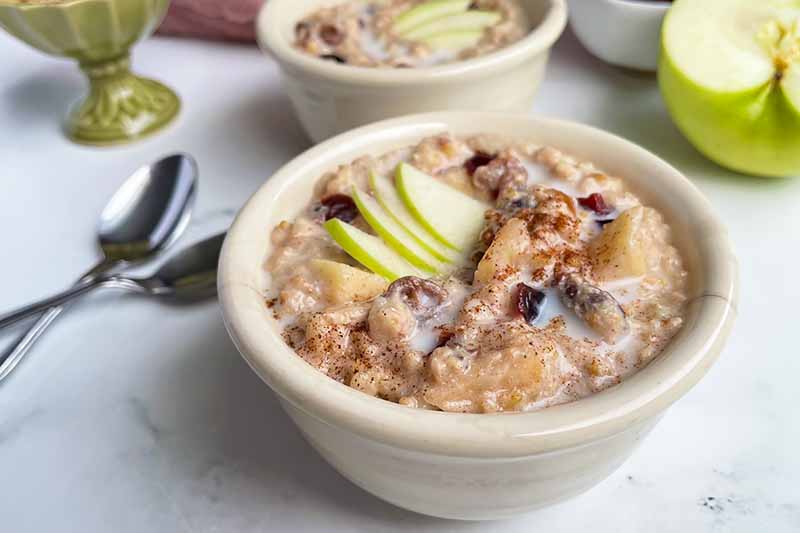 5 thoughts on “A Spicy Namesake: The Seasoning and Healing Powers of Anise and Star Anise”