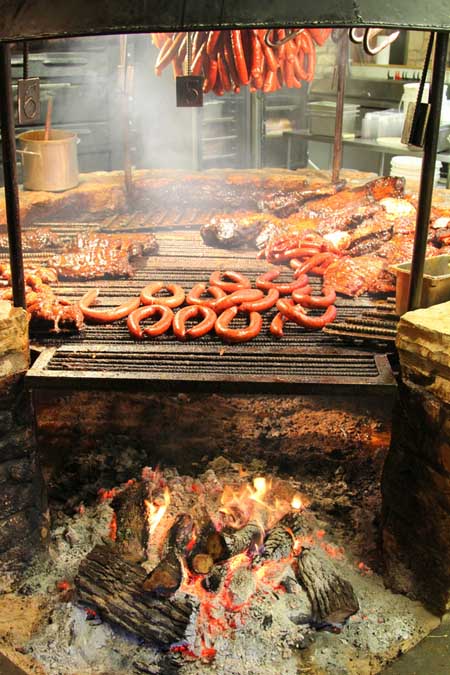 With summer rapidly approaching and the hours of daylight stretching long into the evening, the backyard barbecues are coming out of storage and getting prepped for a season of grilling. 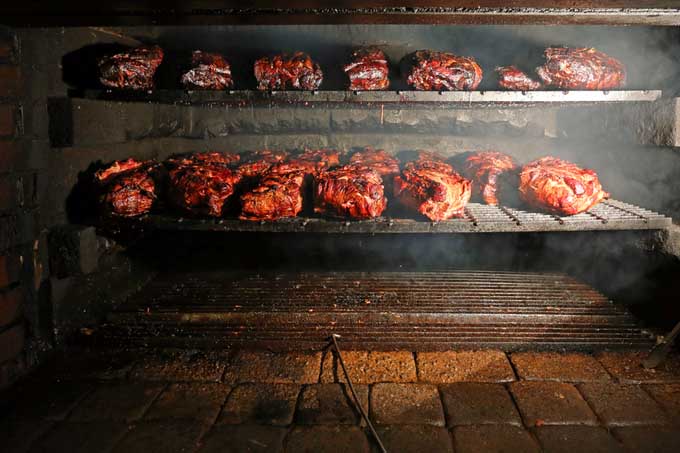 It’s such an easy way to cook – fire up the grill, add some veggies and meat, and then toss up a salad. No heat in the kitchen on a hot summer night, and no pots or pans to clean up!

And while you’re dining, you can be cooking up some extras for tomorrow’s lunch… it’s the perfect way to prepare a healthy meal.

And with the fairly recent introduction of portable table-top units, even apartment dwellers with the smallest of balconies can enjoy a meal on the Q.

Grilling over an open flame has been with us for many centuries now, so it’s not a new practice. Open flame cooking of kebabs was touched on in an earlier post, but today the focus is on an amazing dining experience, the American barbecue.

Only the Aussies come close to matching the reverence shown for this distinctive cooking method, but that’s another story…

The Evolution of the American Barbecue

When Christopher Columbus sailed the ocean blue, the Taino Indians that the explorers met on the island of Hispaniola, and other peoples indigenous to the Caribbean, had created a simple and effective method for slow cooking meat.

A large pit was dug in the ground, into which green wood and leaves were kindled, creating a low intensity heat and indirect flame. And it was this new cooking method that the Spaniards referred to as “barbacoa,” the original version of the contemporary barbecue.

More Spanish expeditions followed Columbus and they turned their explorations northward up the coast, bringing this new pit cooking technique along with them.

By the mid 1500s, explorer Hernando de Soto had introduced swine to the southeastern US, and pig escapees from the early colonist’s settlements were soon being enjoyed barbacoa-style by the Chicksaw Indians inland along the Mississippi River.

Over time and with the arrival of new settlers, the pit fire method travelled throughout the colonies, making its way as far north as Virginia.

These early settlers incorporated the inexpensive and dependable nature of pig farming to meet their meat requirements in the Southeastern states.

For the most part, cows were too expensive and labor intensive to farm on a large scale, as they required fenced pastures and large quantities of feed to graze on.

Pigs, however, could be farmed in a free-range style. Turning them loose in the forest to forage for native species of vegetation allowed for low cost feeding and low-maintenance upkeep.

When these semi-feral pigs were herded for slaughter, the social gathering of the pig pickin’ party was born, as friends and neighbours gathered together for the feast.

These pigs that had been roaming wild were much leaner than today’s plump porkers, and Southerners adopted the “low and slow” technique of the barbacoa to tenderize the meat. The relationship between pork and the barbecue was born based on necessity, economy, and the time required to slow cook.

The Four Quadrants of the Q

Over time, the slow grilling method of pit cooking spread west with regional adaptations, the results of which are today’s four primary styles of American barbecue:

As was already mentioned, the settlers in North Carolina used the barbacoa for the preparation and cooking of their meat, but the flavor particular to the area was introduced by the arrival of British colonists. 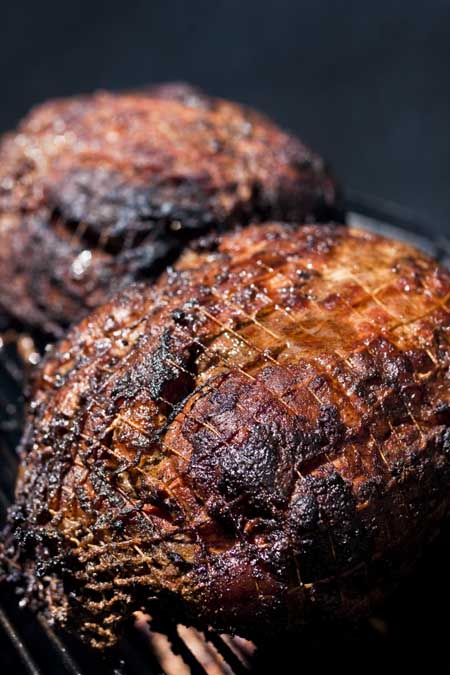 The Brits added the idea of basting the meat to preserve the juices within, and the marinade was based on their penchant for tart vinegar, mixed with pepper and other spices. No tomato was used.

This is referred to as “eastern style” and “every part of the hog except the squeal” goes on to the grill.

In contrast, the Lexington style of grilling uses only the pork shoulder, and tomato is included in the vinegar-based sauce.

Between state’s barbecue aficionados, a lot of good-natured ribbing goes back and forth between the two sides as to which is really the authentic North Carolina version, with bills being introduced to the N.C. House in 2006 to declare an official state style.

They couldn’t agree in the House either, as both bills were defeated, and the controversy continues today. 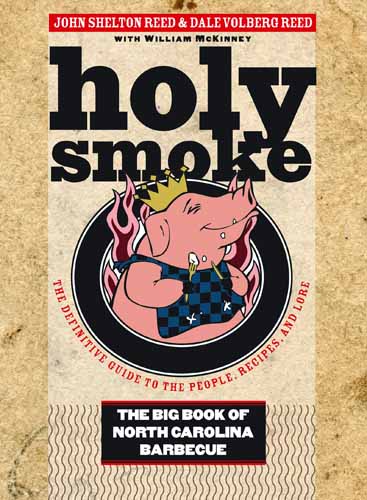 To further muddy the waters of the eastern style, South Carolina’s immigrants of French and German heritage introduced their favorite condiment, mustard. This was used to create a sweet and spicy vinegar-mustard glaze known as Carolina Gold.

But regardless of any “official” status, all three sauces add distinctive flavor to the much-prized pork barbecue.

From the Carolinas, the barbacoa headed west and arrived in Texas. German settlers found the space in Texas to raise beef, and soon the cattle-herding cowboys were barbecuing an entirely new animal.

The techniques were the same, but the beef brisket became the cut of choice and, of course, a new sauce was developed as well.

The Texas dry rub is comprised of salt, pepper, paprika, garlic powder and onion power. Chili powder may be added as well, more noticeably the further west you travel. The sauce is tomato based, and some cooks add brown sugar while others don’t, preferring a bolder, spicier flavor. 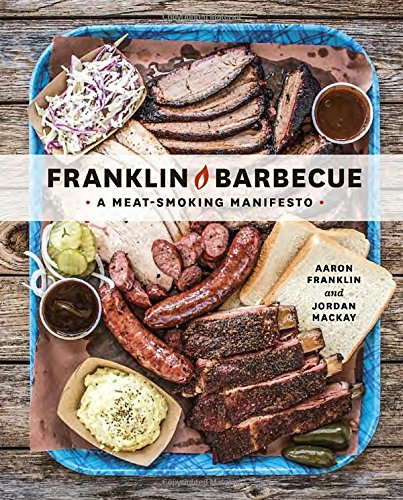 Foodal recommends Franklin Barbecue: A Meat-Smoking Manifesto. Aaron Franklin is one of the most recognized pit masters in the Austin area.

Along with the brisket, sausages are another Lone Star favorite thanks to the German influence found in some regions. These are grilled over charcoal and real chunks of hickory, mesquite or oak wood, to impart that distinctive smoky taste.

You might consider trying our homemade Texas Barbecue Sauce for a bold, tangy, classic taste.

Back in Memphis, pork is the meat of choice once again, with ribs and pulled pork reigning supreme. The dry barbecue technique is the premier method of choice here, with rich flavors coming from the dry-rub spices and the wood used in smoking.

For the Memphis dry rub, ingredients include garlic and onion powders, paprika, cumin, salt and pepper, which are then slow smoked using apple or cherry wood for a hint of sweetness.

They also use a sauce with its own regional flavors, which is vinegar-based with ketchup, brown sugar or molasses, cayenne and other spices added for a thin, tangy and somewhat sweet topping to the dry rub. 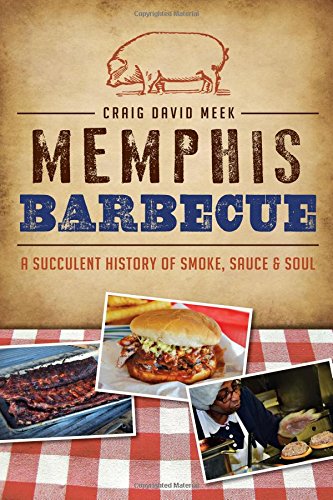 The sweetness of the sauce originates from the city’s location as a port, which provided access to a wide assortment of condiments including molasses.

Check out these tips for dry rubbing ribs.

From the heritage of the Memphis style, the last item on the list of America’s four major barbecue tastes evolved – the Kansas City Barbecue. In 1908 a Memphis steamboat cook, Henry Perry, arrived in KC and started selling his smoked meats in an alley to the downtown workers.

His original restaurant was a simple lean-to with a pit for slow smoking a variety of meats. With a sauce of vinegar, pepper and a hint of tomato, thin and spicy like its Memphis cousin, Henry didn’t use molasses in his sauce.

He wasn’t a barbecue snob though, and didn’t care much about the supposed requirements for cooking pork only. Instead, he included pork, beef and wild game, and today the KC style features chicken, turkey, mutton and fish, with burnt ends – the tips of a brisket – being a regional specialty. 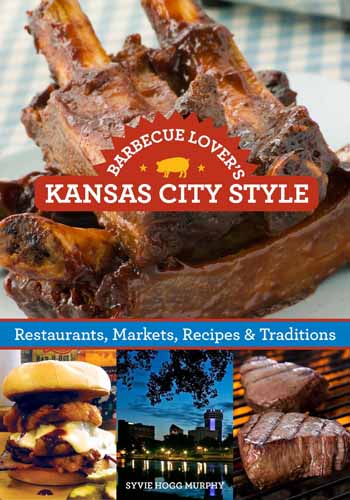 Kansas City barbecue combines the best of eastern and western styles, and it has carved its own unique niche in the BBQ tradition.

As you can see, the beginnings of this well-loved American culture had its origins in circumstance and opportunity. The early settlers barbecued because it was cheap. They took advantage of what was before them and used a new method to tenderize what was tough.

In the process, a new social tradition was born – and it’s one that still carries on today, a joining of family and friends to dine and visit with each other.

You can make your own barbacoa with our easy cheat… in the slow cooker!

Looking for your own DIY dry rub? We have delicious recipes for a pork dry rub and chicken dry rub.

Don’t forget about the sides! Our pasta salads like sweet corn pasta salad and Sicilian pasta salad make a great side dish to any style of barbecue!

Whether it’s done in a restaurant or your own backyard, a gathering of the clan for good barbecue is a joyous experience that’s sure to produce great memories. 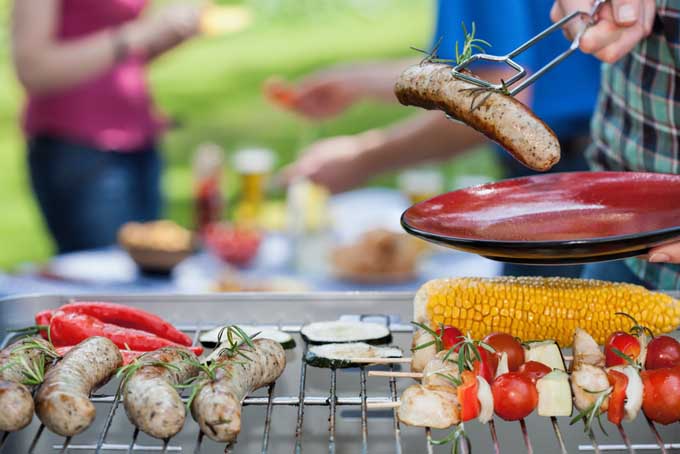 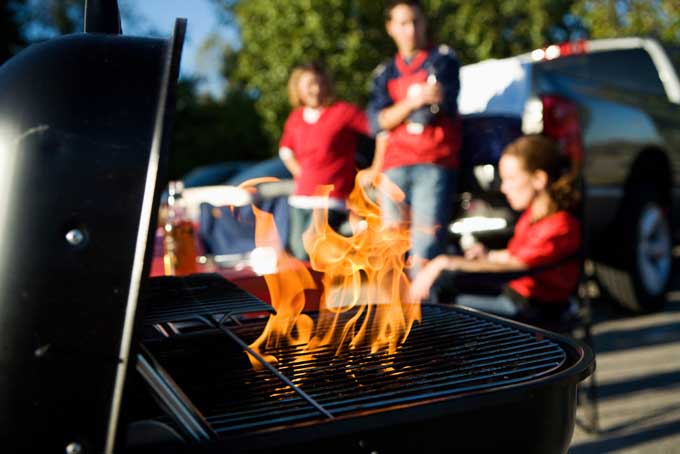 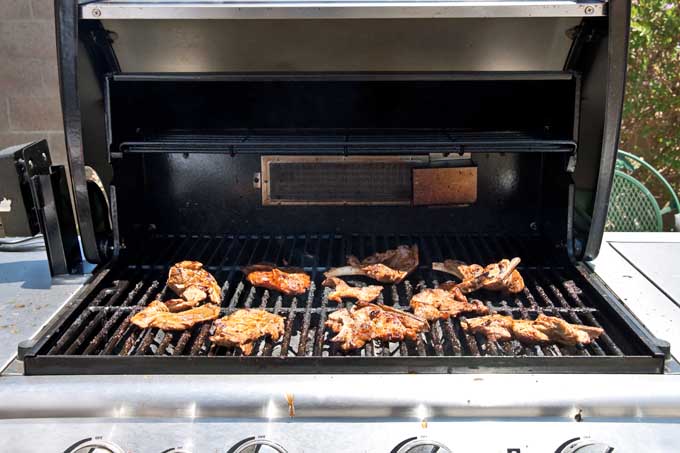