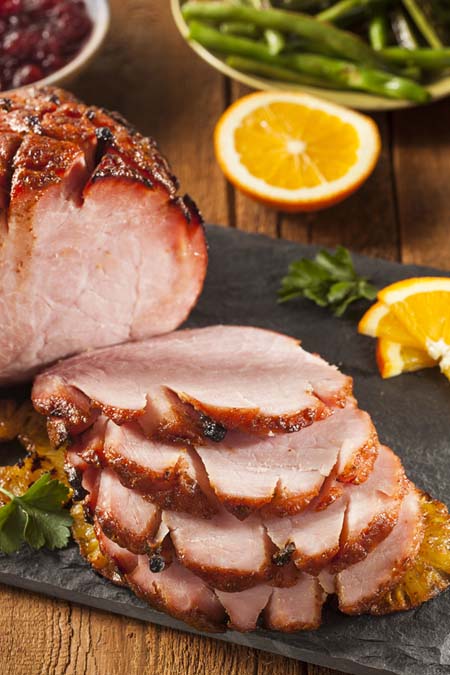 With Easter right around the corner, I have been doing some menu planning for our Easter dinner. 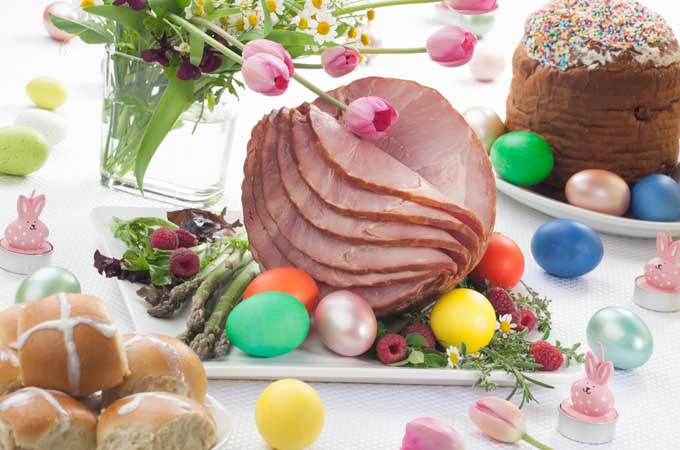 All my planning got me to thinking about why we eat the food we do at Easter, so I decided to do a little research into the topic.

Not surprisingly, considering that Easter is the most important Christian celebration of the church year (I mean, the resurrection of Christ is why Christians are even Christians, so of course it’s a really big deal!), most of the food commonly eaten on that Sunday is symbolic in the extreme.

I found all of my reading to be pretty interesting, and I thought many of you guys would feel the same way, so I decided to share some of what I found.

To make things even better, I have included a recipe for each of these traditional Easter menu items.

If one of these isn’t something you have ever made before, hopefully you’ll give it a shot this year (the last recipe is one I will be making with my kiddos for the first time myself this year).

Hardboiled eggs are a common feature at Easter, especially when they’re used to make colorful dyed creations for decoration or Easter egg hunting.

As far as a menu item goes, deviled eggs are pretty common fare on your typical Easter table, and are one of my all-time favorites. The religious significance of eggs has pagan origins (as do most aspects of Christianity), and has always symbolized the coming of spring and the concept of new life or rebirth. Several pagan cultures (notably the ancient Egyptians, Persians, Phoenicians, and Hindus) actually believed that the world began as a giant egg.

With the advent of Christianity, the symbol of the egg took on a new meaning. On a literal level, the shell of the egg represented the tomb of Christ. The meat, meaning the egg itself, was a physical representation of the concept of new life in Christ. On a figurative level, the egg signifies the ability to achieve a spiritual rebirth.

Further, the traditionally strict fasting practices of early Christians all the way through to more modern times meant eggs were off limits during the 40 days of Lent. Hence, Easter Sunday would have been the first time eggs could be eaten since Shrove Tuesday (the day before Ash Wednesday, and the start of the Lenten season).

So, of course, eggs would make an appearance on the dinner table! 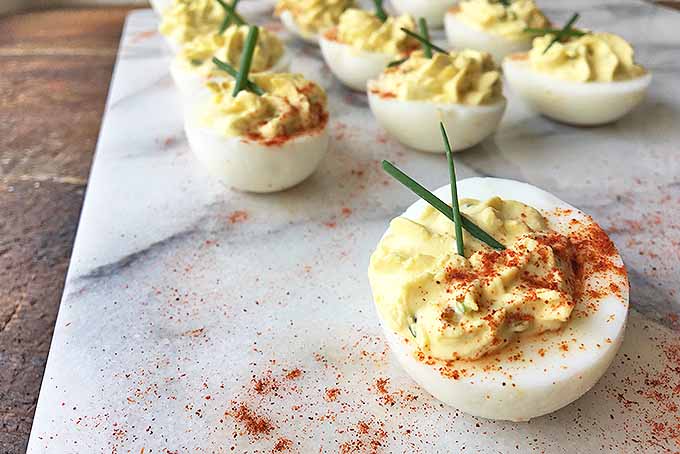 Classic No-Mayo Deviled Eggs – Get the Recipe Now
Here, I give you my favorite recipe for deviled eggs. Since my husband is not a big fan of mayonnaise (maybe he should try our homemade mayo recipe!), I was happy to find this recipe, which uses sour cream instead.

Of course, you can always use mayo yourself, or you could even substitute with plain Greek yogurt.

The mustard, salt, dill, and relish quantities are simple to adjust according to your tastes..

You can also substitute capers for the relish, and I’ve even had these made with finely diced green olives before. Chives in place of the fresh dill would be great, too.

The tradition of having roasted lamb at this time of year goes back thousands of years to the time when the Israelites were held as slaves in Egypt. 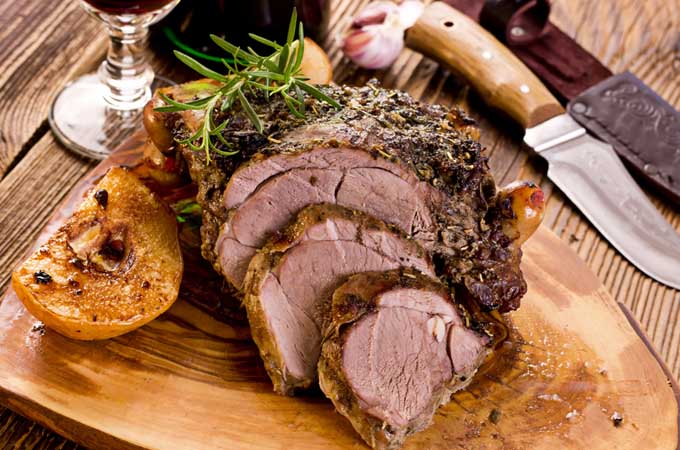 As retribution against the pharaoh for refusing to let his chosen ones go, God sent the Angel of Death to kill the firstborn of all the Egyptian households.

God told Moses to have the Israelites sacrifice one lamb per household and use the blood of each lamb to mark the doors of their houses to ensure that the Angel of Death would pass over (Passover, literally) their homes.

God instructed them to roast the sacrificial lambs and eat the meat with unleavened bread and bitter herbs, and, thus, the first Passover meal was born.

Fast forward many generations, and after the death and resurrection of Jesus, as many Jewish followers converted to the new religion of Christianity, they naturally brought their traditional Passover meal with them to be used as the feast meal to celebrate the end of the Lenten season and the resurrection day of Christ.

Christians were able to bring a new level of significance to lamb as a traditional Easter food as a representation of the willing self-sacrifice of the perfect Lamb of God, Jesus. 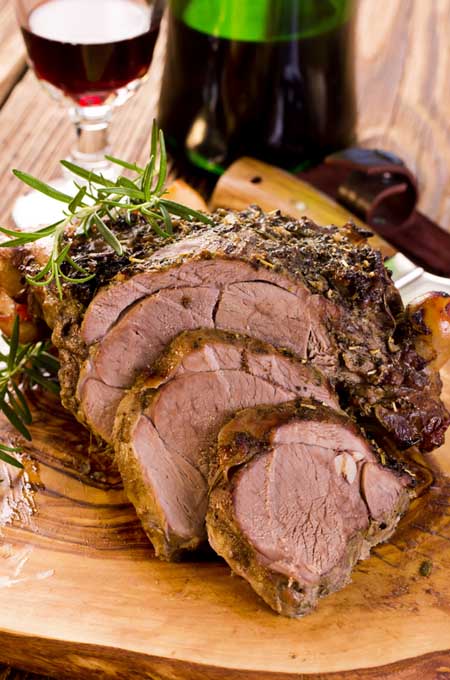 There are many ways you can serve lamb at your own Easter meal: lamb chops, the always-impressive rack of lamb, or even lamb kabobs if you’re into keeping things casual.

This lamb recipe makes a nice change of pace, and, if you prepare it the night before and let it marinate overnight, it cooks in just 30 minutes right on your grill. 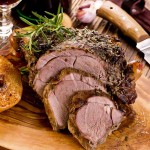 In the United States, I think ham is much more common as the Easter dinner centerpiece than lamb is. There are three reasons for this, and the first is simple availability. 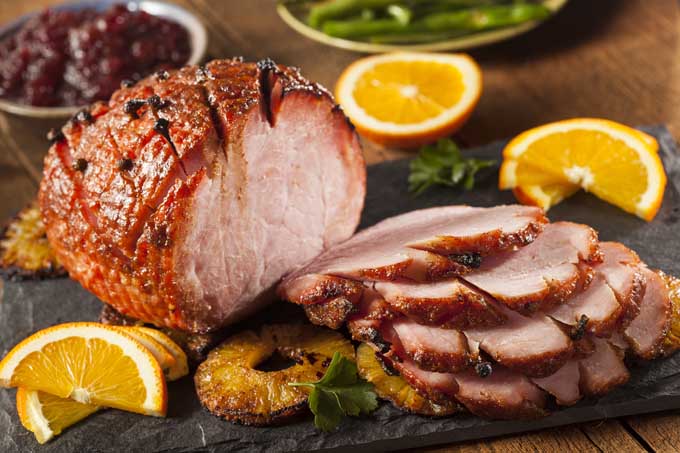 Back in the day, the pigs that farmers had fattened up over the summer were slaughtered in the late fall. What couldn’t be cooked and eaten right away was salted and cured to be eaten later.

The curing process took the whole winter, and usually the first cured ham was ready to be eaten right around Easter. So if you have this nice cured ham ready to go, why go to the trouble and expense of buying and cooking another kind of meat?

Secondly, going back to pre-Christianity, pigs have always been a symbol of luck and prosperity. In pagan times, it makes perfect sense that if you were celebrating the arrival of spring and the rebirth of the land, it makes complete sense to eat pork as a way to try and ensure a prosperous planting season and subsequent harvest.

Additionally, although Jewish Old Testament law prohibits the eating of pork, early Christian fathers wanted to ensure that all would feel welcome and having ham and other pork products on feast days would provide the sense of inclusion that was needed.

Now, personally I am not a huge fan of ham, especially when it is sweet, as with a honey-glazed ham or the like. I do like a good smoked ham, though, so this recipe is perfect for me.

I also love that the glaze has mustard and cider vinegar in it, so even with the brown sugar, it’s not overly sweet.

I like to cook this in a really nice roasting pan and serve it directly out of the pan – especially if we are doing a buffet style dinner. 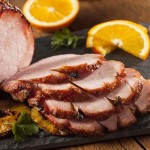 Hot cross buns are a traditional Good Friday treat going back to the time when Christianity first came to Great Britain.

Today, these sweet rolls are popular in Ireland, Australia, New Zealand, the Caribbean, South Africa, and Canada as well as in Great Britain.

They aren’t relegated just to Good Friday anymore, either. Mass supermarkets start carrying them in some places as early as January, and they are enjoyed all the way through Easter.

Early Christians in England started making hot cross buns to replace the small wheat cakes that the Anglo-Saxons baked in honor of the goddess of spring, Eostre (along with stealing her name to give a title to their own feast day).

The church substituted those cakes with these spiced, sweet breads that were blessed by the church and marked with the cross to further differentiate them.

The buns are traditionally made with currants, like blackcurrants, or raisins, but modern flavor variations include toffee, orange-cranberry, apple cinnamon, and chocolate.

Additionally, though the cross on top is typically made of shortcrust pastry (like a pie crust), you may also find the buns marked using frosting or some type of sugar glaze. You can make your own following Jennifer’s recipe. 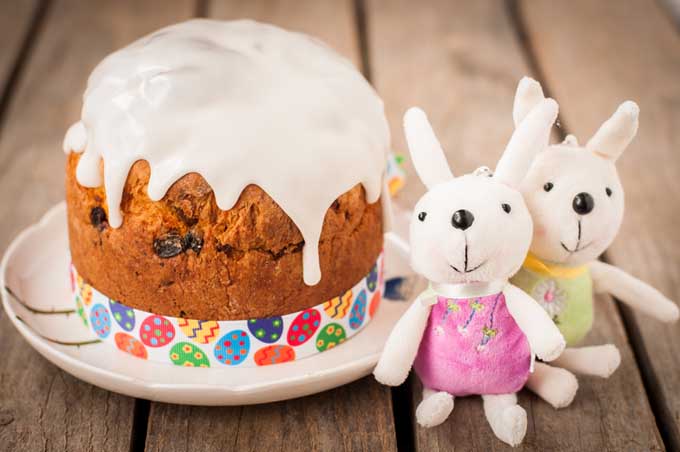 Other countries have their own traditional Easter sweet breads that similarly served to replace pre-Christian traditions.

In Italy they have the dove-shaped colomba or an Easter egg bread, while Russia’s most famous Easter bread is the kulich.

While all these traditional breads have their place and are certainly delicious, this year I’m planning on making the much more contemporary bun called an Empty Tomb Roll that has strictly Christian origins and symbolism. 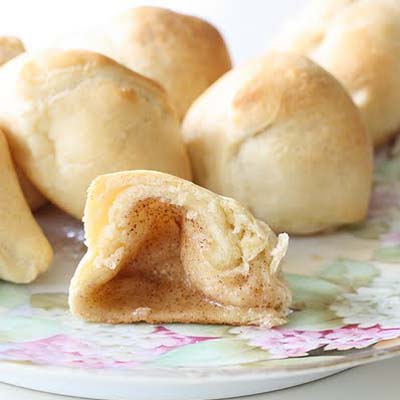 After reading the recipe below, you’ll see how this all comes together:

I love how I can make this recipe with my kiddos and talk about the Easter story with them at the same time. I cannot wait to make these this Easter, and I hope you’ll give them a try as well! 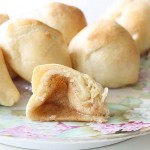 To make this fully impactful for the kiddos, after the rolls have cooled a bit, cut one in half to show that the marshmallow is gone, making the correlation between their sweet treat and the risen Christ.

And there you have it! These are the most commonly served Easter menu items, and I thought it was pretty neat delving into the history of all of them.

Of course, any spring vegetables you serve at the meal could signify new life/rebirth as well. We usually have asparagus on our table every Easter Sunday.

Looking for some table setting tips to set the atmosphere for your beautiful holiday spread? This post will get you started.

Hopefully, you guys found this as interesting as I did and maybe even came away with a new recipe to try this year. 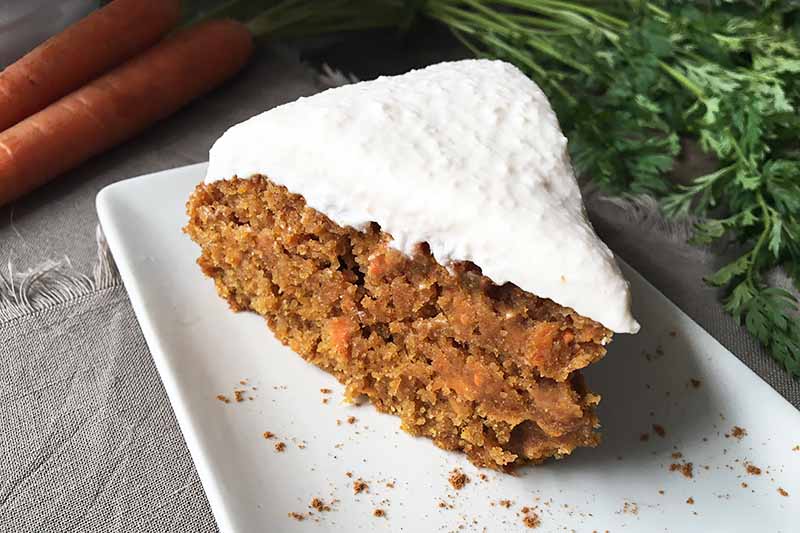 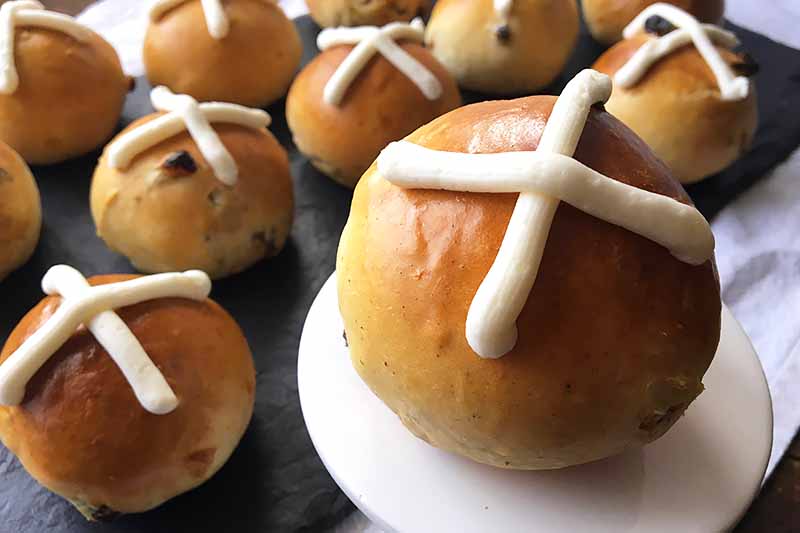 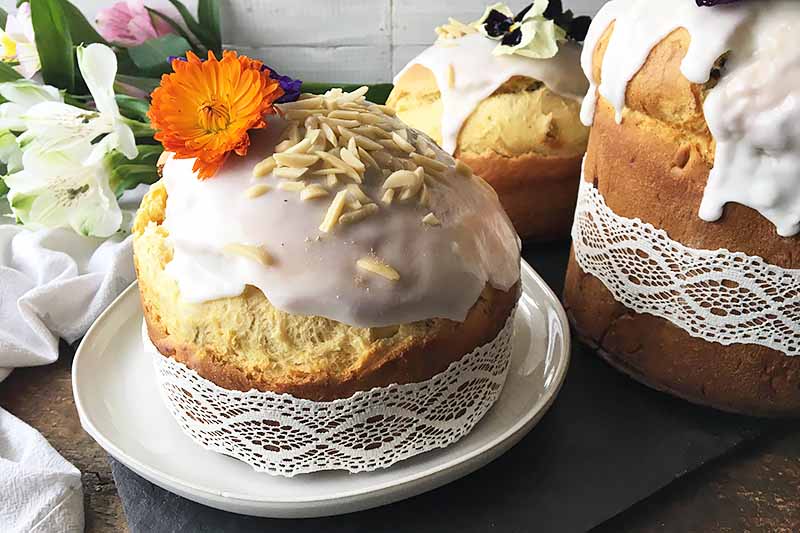 14 thoughts on “The Traditional Foods of Easter”