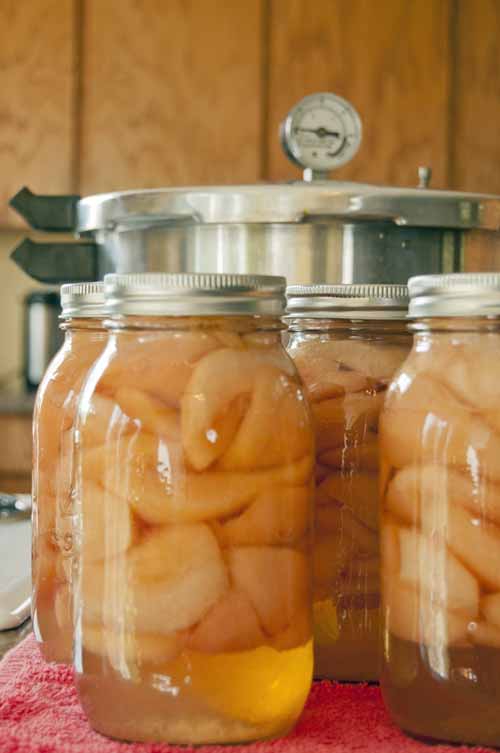 Some urban legends may have a hint of historical accuracy in their origins, and some pieces of kitchen cookware and utensils are in fact inherently risky to use. A cast iron skillet will hurt if dropped on your toes, and a dull knife is prone to cutting fingers… and pressure canners build up hot steam.

So where did this idea that pressure canners or cookers are more dangerous than a cast iron skillet or dull knife come from? And is it still relevant today? 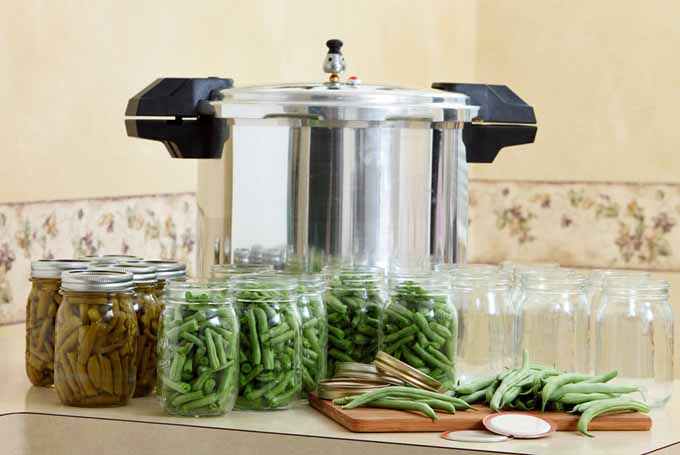 We’ll get to that a little further on, as we explore exactly how the many different features of today’s models keep us safe. These features are designed with multiple backups so you’ll feel confident using them time after time, eliminating any lingering doubts from your mind once and for all.

The Debut of the Convenient Home Unit

Back in 1938, the first of the so-called saucepan-style canners was debuted at a trade show in New York City. Dubbed the “Flex-Seal Speed Cooker,” it received only lukewarm interest. However, at the New York World’s Fair the following year, National Presto Industries introduced their Presto pressure cooker with immediate success.

For the consumer’s convenience, it featured an interlocking lid that was easy to open and close, and eliminated the monstrous lug nuts and clamps of earlier home models. In the vibrant post-depression economy, demand for this user-friendly style grew quickly.

Unfortunately, production ground to a halt when the U.S. entered WWII, because aluminum was diverted to the war effort. During this time, as part of a plan to reduce the strain on food rations, the War Production Board promoted self-sufficiency programs.

Citizens were urged to plant victory gardens for home-grown consumption, with the excess produce to be canned – theoretically, to last a family until the next year’s harvest.

To support these programs, some steel was made available for the production of pressure canners during the war, but there wasn’t nearly enough to satisfy demand.

Not only were those at home urged to be frugal, women began at this time to work in factories and defense plants. Cousin to the pressure canner, the pressure cooker quickly gained popularity for convenient meal planning and preserving.

One kettle was often shared among family, friends, and neighbors to compensate for the short supply. By the war’s end, demand for both canners and cookers was intense, opening the door to a flood of new manufacturers who aimed to meet that demand – for a handsome profit.

A Myth is Born…

Production boomed after the war, and kettle manufacturing plants grew from about 10 pre-war to around 50 post-war.

Unfortunately, many were inferior, cheap quality cookers – with profit being the driving factor rather than the consumer’s safety.

As you might guess, this was the era of flying lids and exploding kettles.

Kettles from the 50s had a single weighted pressure regulator that could easily become clogged with debris. And with no alternative route for the steam to escape, the pressure would continue to build until something had to give.

When any system is under extreme pressure, the weakest component fails – in this case, it’s the gasket or lone valve. Either of these failures releases pressure violently, and creates a space for steam and hot liquid to be escape. With enough pressure, failure of the lid latch is also possible, resulting in airborne expulsion of the lid.

In addition to the valve or gasket blowing, hot water spewing from the gap, and perhaps a lid missing your ear by a cat’s whisker, an abrupt reduction in pressure lowers the boiling point of the remaining water, producing even more steam.

Clearly, there was ample reason to doubt the safety and efficacy of that decade’s models.

By the end of the 50s, substandard materials, inadequate backup safety features, and a lack of direction on proper use turned the tide of popularity.

The Wave of Change

Naturally, as popularity waned, so did production. Only the industry stalwarts were able to survive the prevailing lean years.

In the mid-1970s, significant changes were made to improve safety – and sales. The primary valve was redesigned to improve performance, and secondary relief valves were introduced as well. 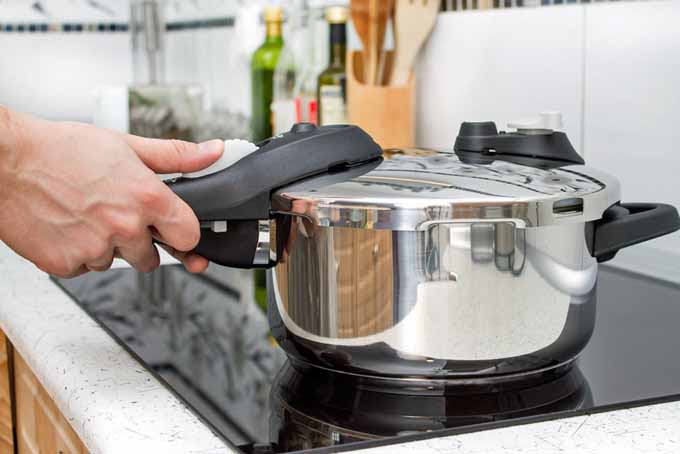 Another important change was the addition of lid latches and locks that would open only when pressure had dissipated, eliminating accidental openings when it was unsafe to do so. These improvements helped to ease the consumer’s reluctance to work with this type of kitchen equipment.

As the 1980s progressed, interest in pressure kettles returned. Revamped features, cookbooks with contemporary recipes, and modern style lines proved to be enticing and reliable enough to draw new customers to the market.

A Redundancy of Safety Features

Today’s models are typically designed with two or three redundant safety valves. This way, if the primary and main overpressure vents should ever become plugged simultaneously, there’s still another route for the pressure to escape safely from the kettle.

Another portal for the steam to escape is a cutaway window on the edge of the lid, found on some kettles that employ a gasket. A buildup of pressure will blow the sealing gasket out of the window, should the primary and overpressure vents fail together.

Dual pressure regulators are another feature found on many contemporary models, with a dial gauge and a counterweight vent to more accurately regulate pressure levels.

Most will have an interlocking lid or lid lock, with a spring-loaded piston that prevents the lid from being opened until the internal and external pressure are equal.

On many models, if all of the safety mechanisms are not correctly aligned and engaged, the kettle simply won’t pressurize the contents. Be sure to keep all of the components clean.

Print this one out, and keep it with your canning cookbooks! Here are a few points to keep in mind to ensure that you have a safe and successful canning season, if you plan to use this type of equipment:

The most important safety feature is you. So read your instruction manual and recipes thoroughly, and don’t cut corners.

This is of particular importance with any low-acid foods processed in pressure kettles, as reaching and holding the required temperature of 240°F is critical to killing harmful bacteria like Clostridium botulinum.

Never expose any part of your face, arms, hands, or other body parts to the hot steam – it is extremely hot, and will cause serious burns.

Always use safety gear, such as protective gloves or oven mitts.

If you’ve purchased a new model, check to ensure that all parts are present and in good working order.

For all versions, new or old, check that valves, gaskets, clamps, wingnuts, and so on are in good condition prior to when you plan to can. It’s also a smart idea to give your kettle a test run to check the seal on all of the various components.

If you have a vintage unit, consider updating to a new model for the obvious safety reasons – and because it can be very difficult to find replacement parts for older models.

Check out Foodal’s review of the best models on the market today here.

Watch your head space. As the temperature utilized here is considerably higher than that of a boiling water bath, you’ll generally need more head space – usually twice as much, if not more.

Test gauges for accuracy with a master gauge testing unit. Testing services are usually available at your local hardware store or household appliance center, or your manufacturer may be able to test gauges for you.

In the US, many cooperative extension offices offer gauge testing.

Even for the novice cook, today’s models – with their precision-geared gauges, lid locks, and multiple pressure release plugs – are equipped to be safe, dependable, and reliable.

Don’t let the horror stories from bygone eras scare you away. The 21st century pressure canner has been completely redesigned and re-engineered with numerous safety features, and it’s manufactured with state of the art production techniques.

Long gone are the models that could propel a lid through the air.

Just remember to read and follow all instructions carefully, be prepared with a trial run, and give yourself some time to become comfortable with your amazing new cookware. You’ll be stocking your pantry with delicious canned veggies, salsas, jams, soups, stocks, and more in no time!

So go pick what you can from the garden, stock up on whatever produce is on sale, and start canning! If you have any questions or insights to share, drop us a line in the comments below. We’d love to hear from you!