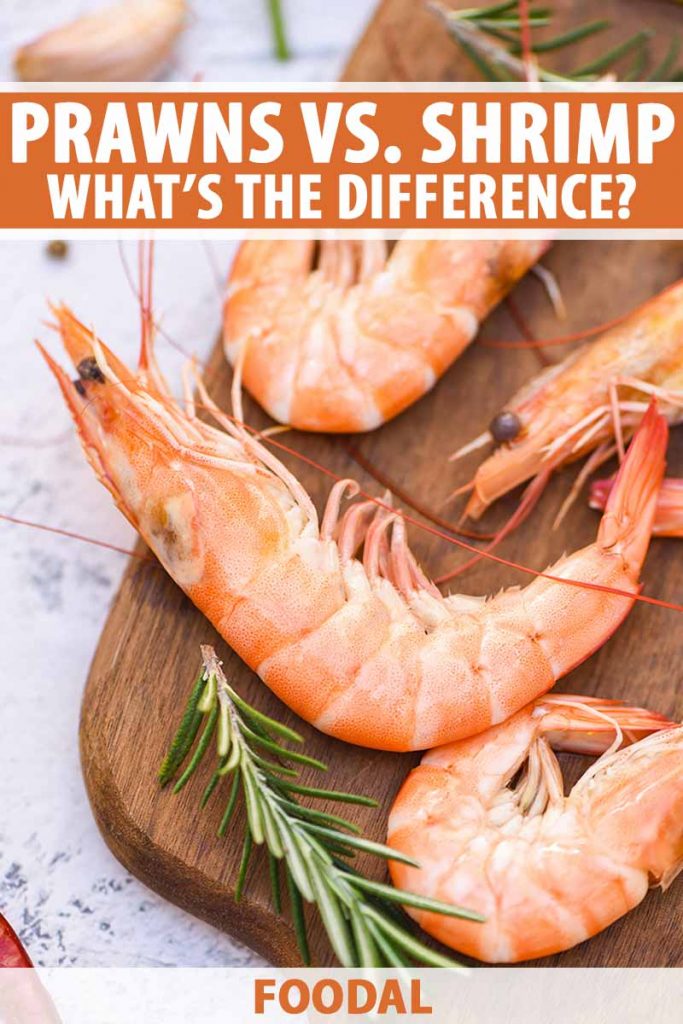 Before taking a deep dive – pardon the pun – into the crustacean-filled waters of prawns and shrimp, I was a consumer who shopped in the frozen aisle, where I regularly selected a generic bag of pinkish-white wheel-like blobs in sizes ranging from small to colossal. 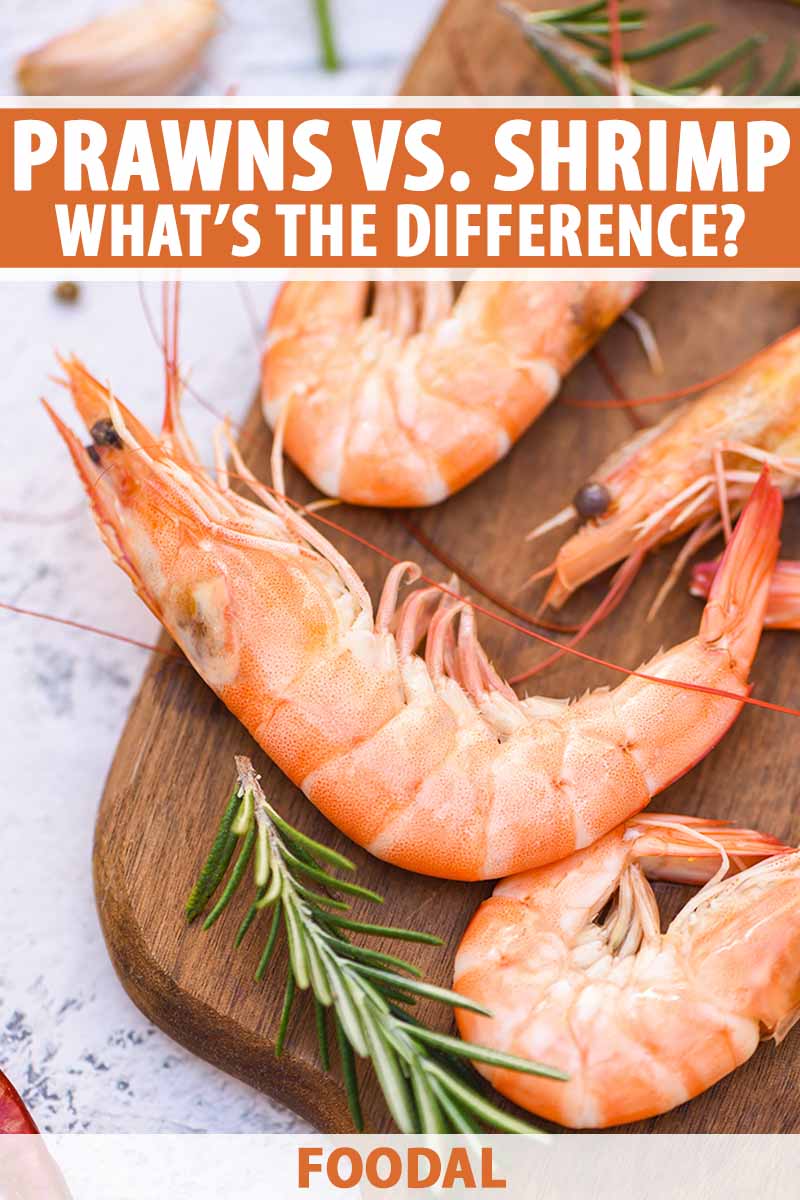 However, visiting the seafood counter revealed fresh choices with gray, translucent shells, antennae, legs, and vacant eyes, shaking me out of complacency and inducing a delicious creeped-out curiosity.

This article discusses what I learned about prawns and shrimp, including their differences and similarities, the industry that produces them, how to shop wisely, and new ways to fix them at home.

Shrimp and prawns are aquatic animals called crustaceans that generally measure one and a half to three inches long. As we will soon see, there are also giant varieties in the 8- to 12-inch range. Crustaceans are arthropods or invertebrates with an exoskeleton that flexes during swimming.

The words “prawn” and “shrimp” are common names, not scientific ones. They seem to date the Middle Ages in Britain. Prawns live primarily in warm fresh water, and shrimp thrive mainly in cold salt water. However, there are exceptions.

Giant freshwater, aka giant river or Mega Prawns, live in brackish water in the larval stage and move into fresh water as they mature.

Prawns have three pairs of legs with pincers, and the second pair is the largest. They have five walking legs, five swimming legs, and an elongated body shape.

Shrimp have two pairs of legs with pincers, and the first pair is the largest. They have five walking legs, five swimming legs, and a curved body shape.

Long antennae and so many legs give both types of crustaceans an insect-like appearance.

In the United States, it is more common to find shrimp than prawns, so we often use the term generically, reserving the word “prawn” for huge shrimp or any shellfish sourced from fresh water.

But here are two examples of the contradictory nature of these distinctions:

The Alaskan spot prawn is a type of shrimp that can grow to 12 inches.

The Pacific white, aka white leg shrimp, is 9 inches long and is biologically a prawn.

In the UK, the script is flipped. “Prawn” is the common term for both crustacean groups.

Taxonomically speaking, until 1963, the Natantia group of swimming crustaceans consisted of two groups of shrimp, Caridea and Procarididea; one group of prawns, Dendrobranchiata; and boxer shrimp, Stenopodidea, an aquarium variety. The Reptantia group contained the remaining shellfish such as crabs, lobsters, and so on.

The first type in the Decapod order, suborder Dendrobranchiata, contains prawns. The second, suborder Pleocyemata, includes shrimp and other crustaceans, like crabs and lobsters.

Too long, didn’t read? Or maybe you’re a bit confused by all of these new names? It helps to think of the crustaceans discussed here as cousins in an extended underwater family.

The global marine shrimp and prawn industry was valued at $14.31 billion dollars in 2021.

Not all the pink, brown, and white varieties on the market are raised solely for consumption. The cosmetic industry values the antioxidants of brown species as an ingredient in anti-aging products. And Pacific species rich in chitin, a biopolymer that supports the growth of beneficial soil microorganisms, are significant components of some fertilizers.

About 55 percent of the commercial catch is farm raised, with China, Thailand, and Indonesia being the top three aquaculture regions. Much of it is “fractionalized” in separate parcels on small farms.

There has been much controversy over farming. Issues like disease, antibiotic overuse, death of other species in farming ponds, overfishing, polluted water, and unfair trade practices have drawn worldwide attention and resulted in a proliferation of certifying agencies.

However, catching wild shellfish is also fraught with concern. US trawlers catch between 3 and 15 different types of aquatic life with every shrimp scooped into a net, resulting in the collateral injury and death of numerous species.

Regulatory agencies like the Marine Stewardship Council (MSC) help to make buyers aware of the most conscientious companies with which to do business.

Although up to 10.3 percent of the global population is affected by a shellfish allergy, the average American consumes 4 pounds of shrimp each year. 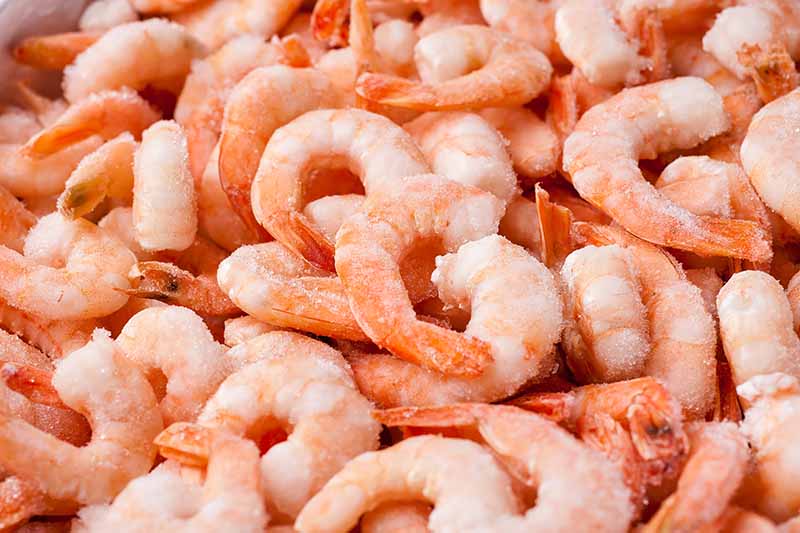 Where crustaceans live and what they eat influences flavor.

Saltwater types are naturally briny. Wild-caught freshwater species have a rich and varied diet and a sweet taste. And those raised on plant-based meal pellets instead of a protein-rich marine diet lack the taste of their wild counterparts.

You can equate quality with price.

The least expensive products generally come from farms in countries with the highest output. Pricier fare is wild caught in places like the Pacific Northwest, Gulf of Mexico, and Atlantic coast. 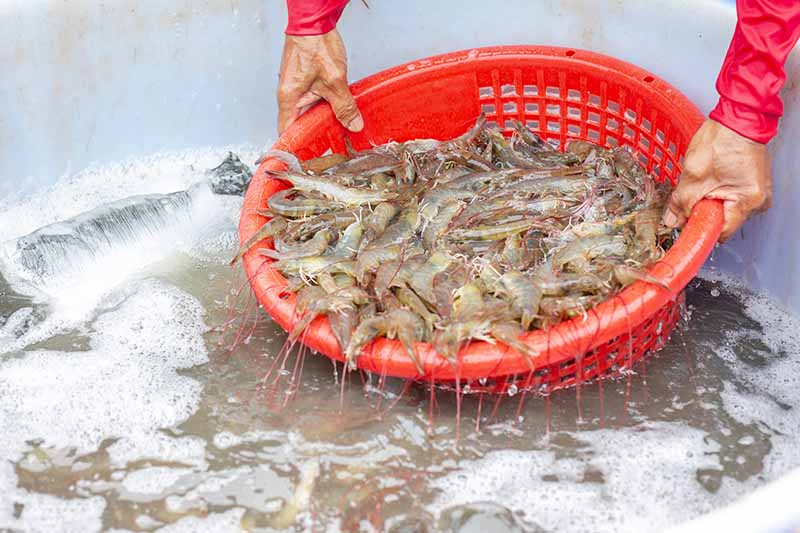 It is common for products from overseas to be chemically treated for preservation, then frozen and thawed multiple times before arriving in market freezers, to the detriment of textural consistency and flavor.

If you are buying frozen products, look for the Marine Stewardship Council’s “MSC” mark to ensure fair trade practices and freshness.

When shopping in the frozen seafood aisle, you’ll see that sizes range from small to colossal. These also sometimes include a count number, like 26/30 per pound for extra large.

In addition, you can choose products that are cooked or uncooked, with or without shells, and deveined or not.

The vein is unappealing because it is, well, the excretory tract. It is sandy, and most prefer to remove it. However, eating it causes no harm. 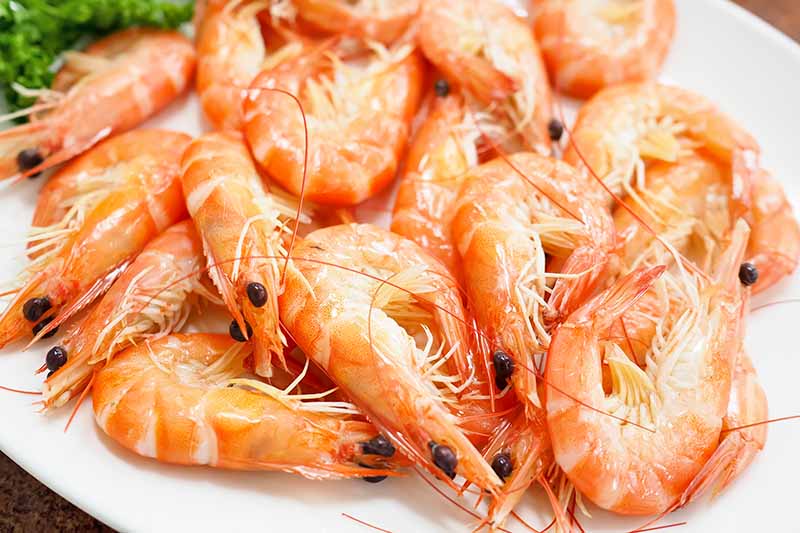 Unless your market has fresh seafood available or you’ve enjoyed them in a restaurant, you may never have experienced intact crustaceans firsthand. As I found out, they are not for the faint of heart, with heads, eyes, antennae, and legs in place.

However, if you can get past the appearance, the flavor of fresh, as with most foods, surpasses that of frozen or canned. And many relish the head-on variety, saying it contributes the most flavor.

Indoor farming is one of the latest developments in aquaculture. Currently practiced in places like Arizona, Indiana, and Utah, it enables producers to offer fresh, unadulterated products to local consumers, and in many cases, for rush delivery around the world.

Shrimp and prawns are interchangeable in recipes, and the nutritional information does not vary by species. 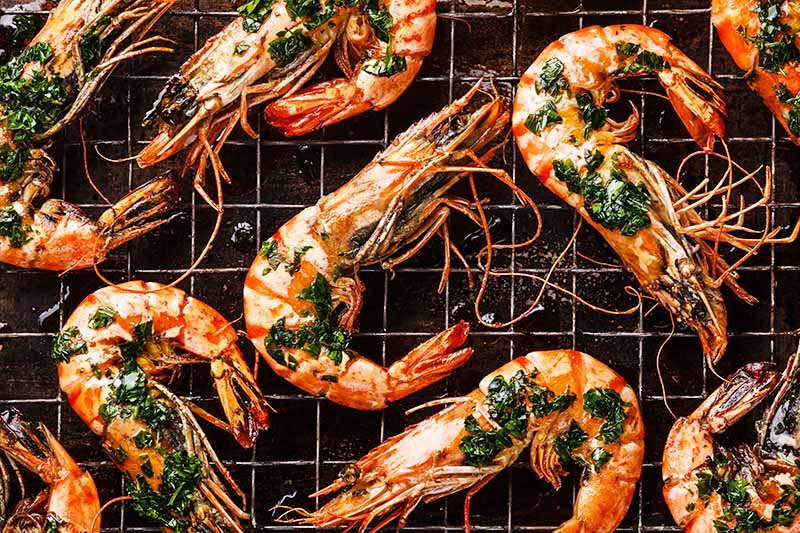 You’ll find 24 grams of protein per 100 grams of cooked shrimp, which is also easier to digest than proteins from other sources.

Shrimp is high in selenium, a mineral that helps to fight free radicals and boosts the immune system, and it contains significant quantities of vitamin B-12, vitamin D, and copper as well.

Very low in total fat and saturated fat, they does contain cholesterol. However, consuming them has been found to raise both LDL (or “bad”) and HDL (“good”) cholesterol, so the research shows a positive effect on cholesterol overall. Take note if you are watching your levels and discuss including this type of seafood as part of a healthy diet with your doctor.

Brown species from the Gulf or Atlantic are meaty and rich in iodine that gives them mineral undertones some liken to ammonia, but others enjoy the robust taste in dishes like jambalaya and gumbo.

Pink Gulf or Atlantic varieties are milder and sweeter, as are white types from the Gulf, Atlantic, and waterways in Asia and Latin America. 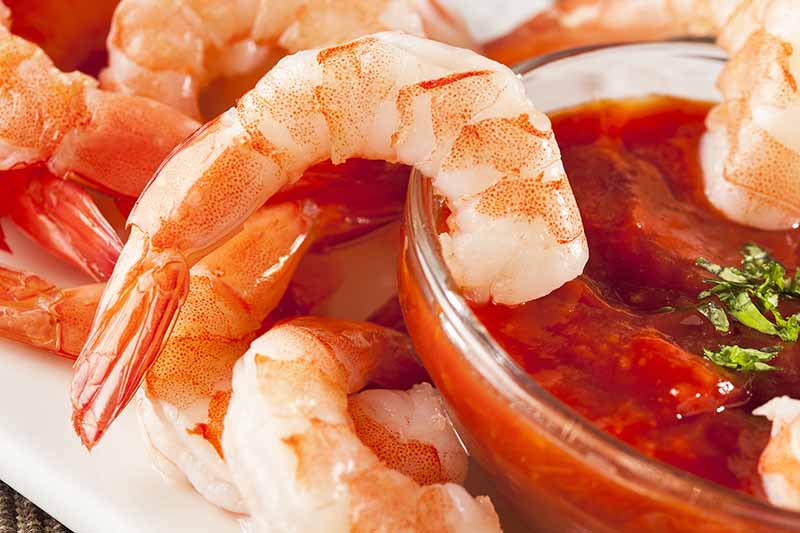 The six-inch Gulf or Atlantic rock shrimp, and the 12-inch Alaskan spot prawn mentioned earlier, are large and meaty like lobster.

You’ll likely want to avoid the Asian tiger variety. Besides having a history of environmentally unsound and inhumane production practices overseas that cast it in a negative light, it is an invasive species in the US that is threatening native Gulf species.

When purchased raw in the shell, expect a grayish, translucent appearance. Once cooked, it transforms to an opaque pinkish-white.

With many varieties and recipes from which to choose, you’ll have no difficulty preparing our subject crustaceans in delicious ways.

Methods of preparation include broiling, grilling, frying, and sauteing. You’ll find these crustaceans called for in salads, soups, and stews.

What if you order shrimp at a restaurant and you receive entire crustaceans to munch on, head, shell, appendages, and all?

In certain dishes – if they’re fried, for example – you can feel free to eat the whole thing. Or if you prefer, prepare to simply remove the head with the side of your fork, slide your fork under the shell to loosen it, pick it up by the tail, and pull the meat free. 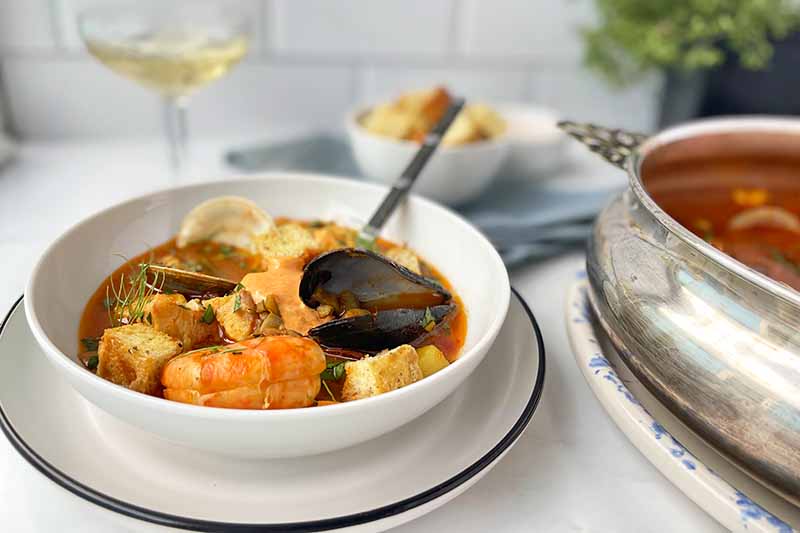 French Bouillabaisse – Get the Recipe Now
Here are a few cooking ideas from Foodal to whet your appetite:

Use prawns and shrimp interchangeably, and take care to note whether a recipe calls for cooked or raw, as well as a particular size.

Many Names for Delicious Seafood

Aquatic crustaceans are versatile types of seafood prevalent in recipes and restaurants worldwide. 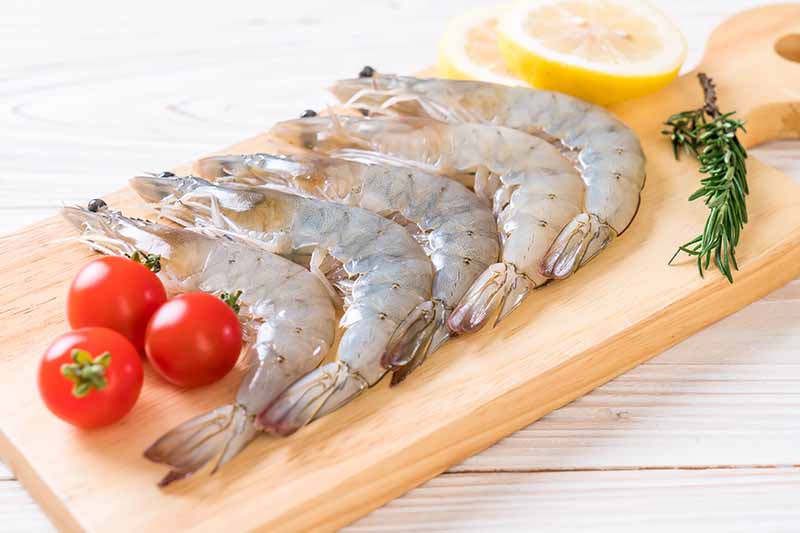 I learned a lot after my visit to the fresh seafood counter, not just about the similarities and differences between prawns and shrimp, but about farming, sustainability, certifications, and quality as well. Best of all, I discovered new ways to enjoy them, regardless of their name.

You get what you pay for, so consider price as a primary determinant of quality.

Patronize local purveyors of wild-caught and locally farmed products when possible, and when purchasing frozen domestic or imported products, look for certifications that reward best practices.

Are these crustaceans part of your culinary repertoire? How do you like to prepare them? Please tell us in the comments section below.

If you found this guide informative and would like to clarify your understanding of more foods, we recommend the following next: 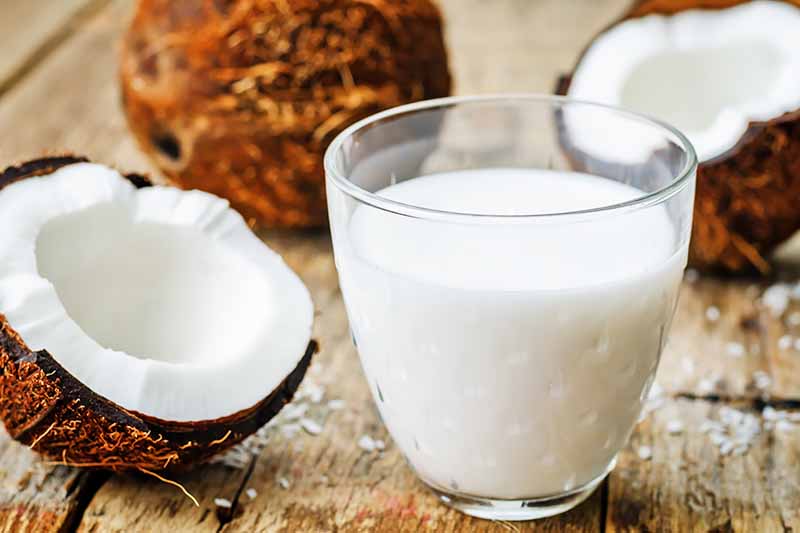