This quick and easy vanilla sauce is traditionally served with German Dampfnudel, a type of yeast dumpling with a storied history that’s still popular today in Germany. 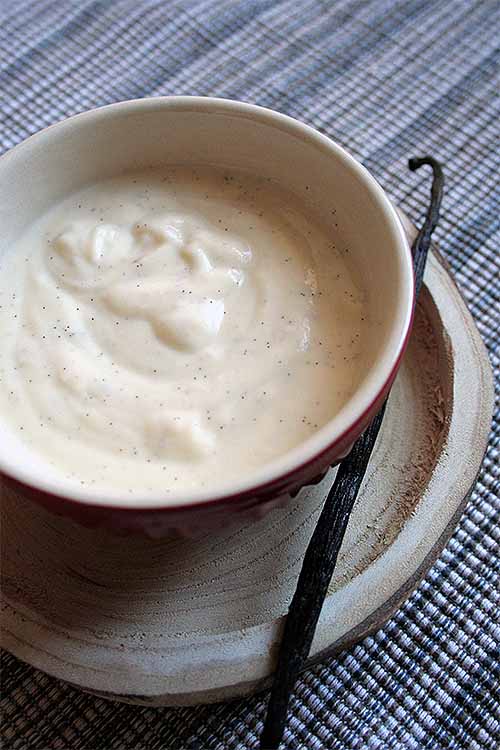 You’ve already learned a bit about this delicious dish in our previous post (link above) where we shared the recipe, but let’s quickly take a deeper dive into its historic significance:

According to local legend going back to the time of the 30 Years War (which takes us back to the early 1600s), in a story recounted by The Kitchen Project, food was already scarce when the Swedish army showed up in the small town of Freckenfeld.

And they were hungry.

In an effort to spare the town, someone came up with the bright idea to satisfy the soldiers with a pleasant meal – and thus, the Dampfnudel was born. 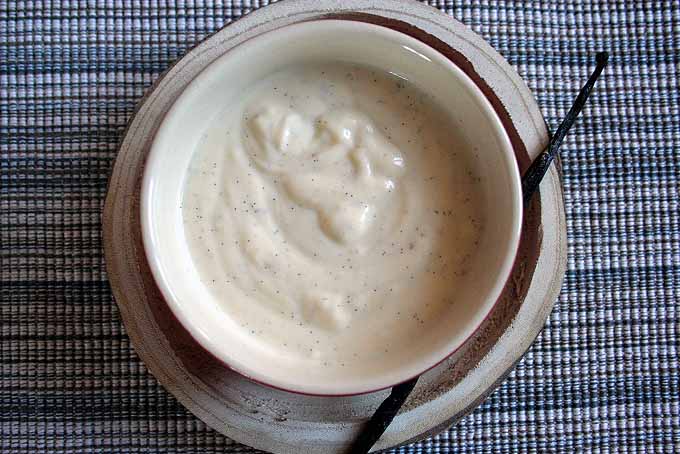 Well, perhaps it wasn’t really born on this day. It’s not clear exactly when steamed dumplings first arrived on the scene in Germany. But they definitely played an important role on this particular day.

This is a simple dish, made with just flour and water, and a few other ingredients. As the story goes, the town baker Johanes Muck made 1286 dumplings that day (literally enough to feed an army) and Freckenfeld was spared.

In fact, an annual festival known as Dampfnudelfest is held in Freckenfeld (and elsewhere) to remember the baker who once saved his town from the invading army. And this doughy delight gained recent recognition on the exceedingly popular show The Great British Bake Off.

Also according to The Kitchen Project, though the most famous batch of Dampfnudeln was served with a wine sauce – which makes sense since Freckenfeld is in the Palatinate wine region (a.k.a. Pfalz auf Deutsch), the biggest wine growing region in Germany – its first reference in print was made in the early 1800s in a Bavarian cookbook. This version was served with a tasty vanilla sauce. 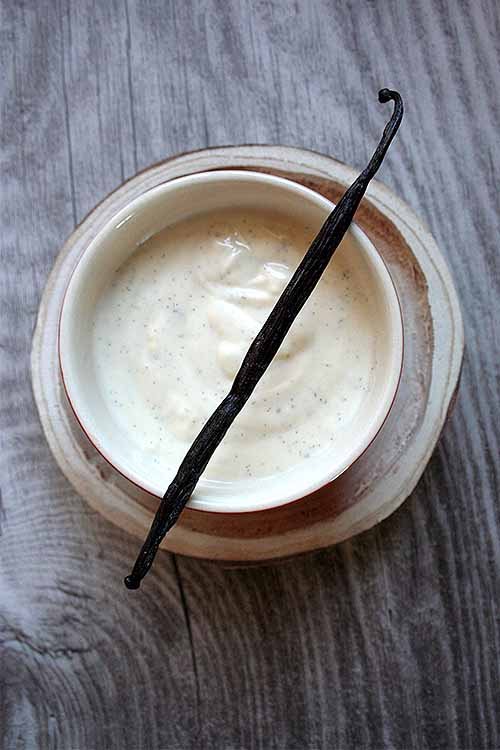 Made with egg yolks, our version of this sauce is more like a custard. And it’s delicious on German Dampfnudeln.

Though this type of yeast dumpling is often steamed in milk and served with a sweet sauce, it can also be made more savory as an accompaniment to soup, salad, or stew.

Though you may opt to serve your Dampfnudeln as a dessert, they really are filling and serve to make a wonderful meal at breakfast or brunch. Or serve them up glazed with a good portion of vanilla sauce as our favorite way to end the day – breakfast for dinner!

Of course, that’s not all this sauce is good for.

The possibilities are really endless. Try it with French toast, a warm slice of pear and apple pie, or a sweet chocolate and banana breakfast bread. This would also make an excellent glaze on a lemon bundt cake, and it would even pair well with a homemade Earl Grey lemon curd. 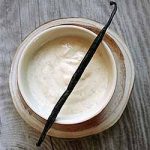 This is a simple sauce to make, and there really aren’t many steps involved. In fact, making this sauce is very similar to preparing a custard, curd, or pudding.

First, scrape the pulp from your whole vanilla pod, and place both the seeds and the bean into a small saucepan. Add the milk, and bring to a boil over medium-high heat.

As soon as the boiling point is reached, remove from the heat. Set aside and allow to infuse for about 10 minutes. 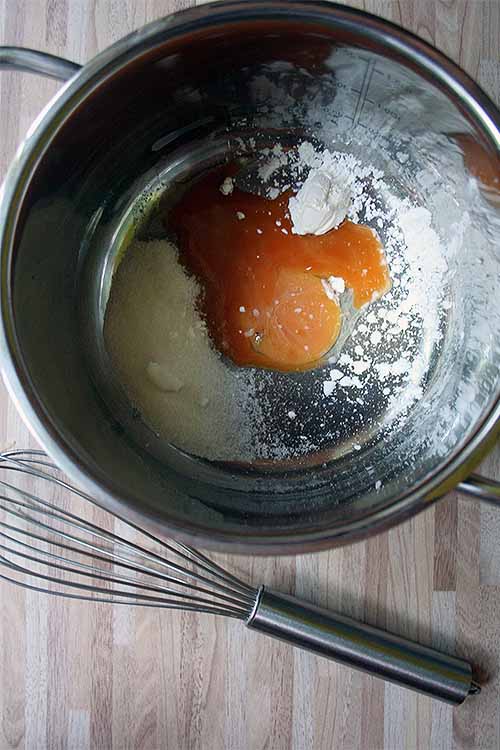 Separate the yolks from the whites of two eggs, and reserve the whites for another use (like whipping up a batch of homemade meringue cookies).

In another saucepan, whisk together the egg yolks, sugar, and cornstarch until combined completely, and no lumps remain in the mixture.

Remove the vanilla pod from the milk and gradually pour into the egg mixture, whisking constantly. Place over medium heat and continue to stir constantly until the mixture thickens. 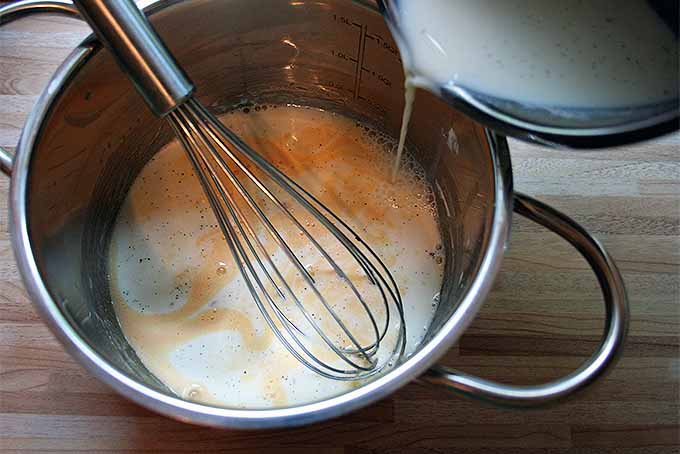 Be careful not to allow it to boil! You’ll notice that the sauce becomes more opaque and the texture suddenly changes rather dramatically.

You can also use a candy thermometer to determine when your mixture has cooked, if you can manage checking this while continuing to stir. You want to reach a temperature around 165°F.

Remove from the heat immediately, and transfer to another bowl or dish with a lid to stop the cooking process. If you want, you can strain the sauce with a fine mesh strainer to remove any lumps.

Serve over German Dampfnudeln, or any sweet dessert, breakfast, or bread that could benefit from a little sweet sauce action. You might also like our recipe for a super easy spiced glaze to cover your favorite baked goodies! 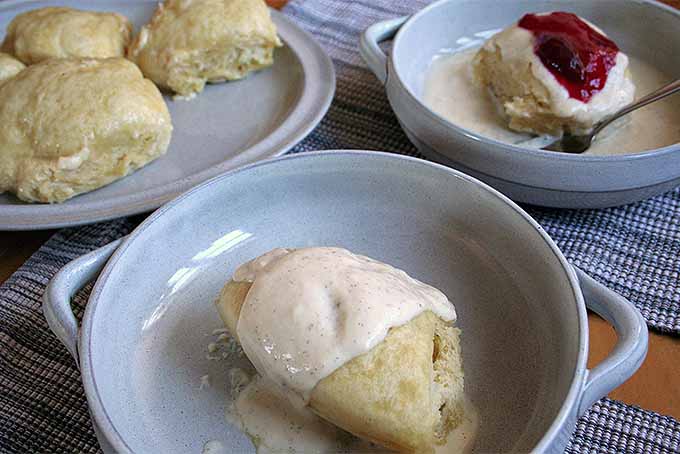 Dampfnudeln, or Southern German Yeast Dumplings – Get the Recipe Now
What will you do with your German-style vanilla sauce? Let us know in the comments (we’re always looking for more great ideas!) 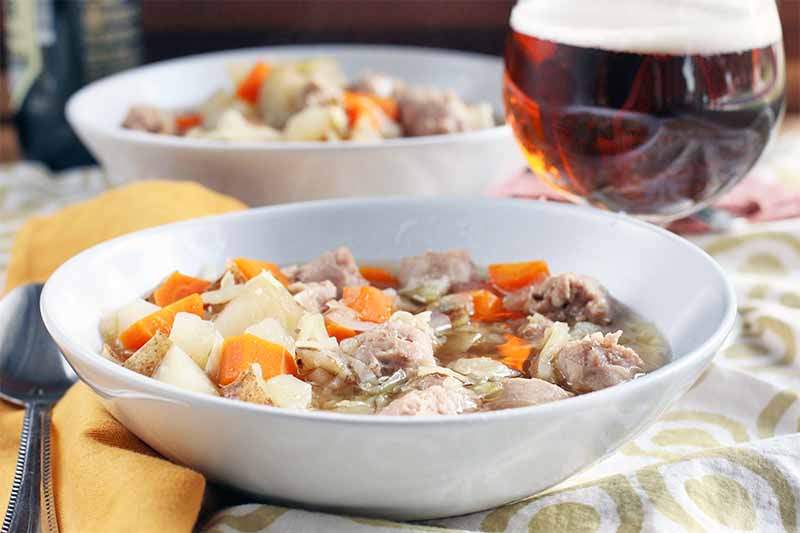 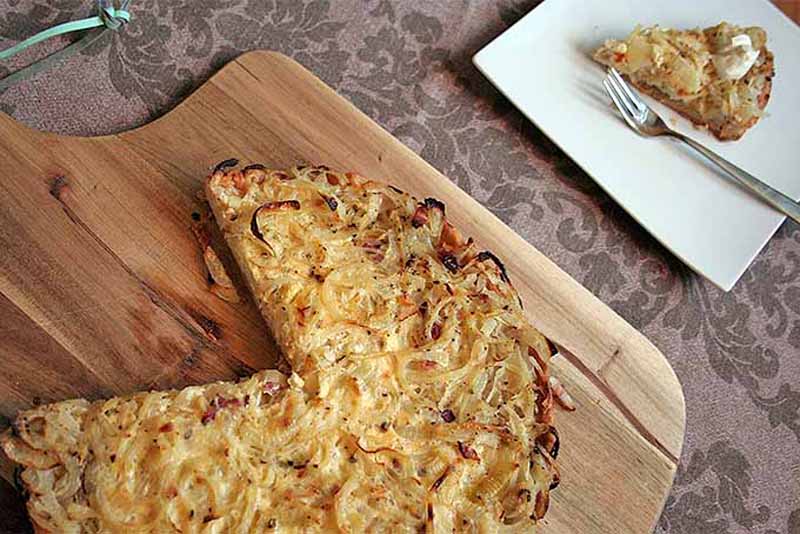 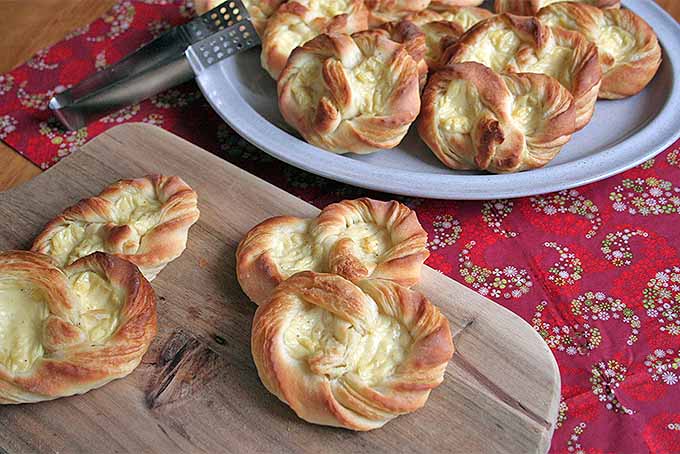 10 thoughts on “Vanilla Sauce (For German Dampfnudeln, and Other Delights)”