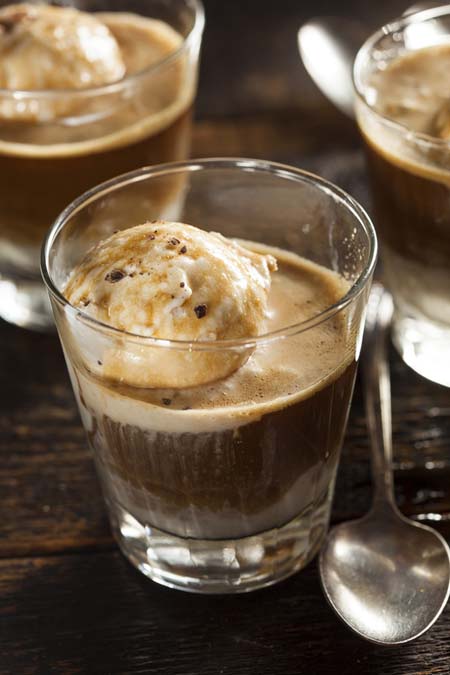 Affogato is a name of a coffee-based drink originating from Italy. Affogato is the Italian word for drowned, which illustrates the technique for making this dessert. 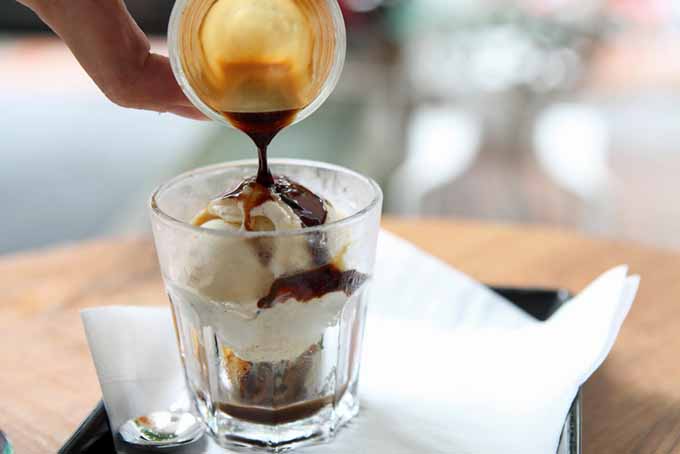 Most often when things are associated with drowning, this would bring a lot of negative implications. But the Italians had a different idea.

Afforgato style originally involved the topping off of a beverage with espresso. It may also include either caramel or chocolate syrup.

The more modern version, however, contains a scoop of ice cream or gelato then topped with the traditional shot of espresso. Others may even go for a short of Amaretto or other forms of liquor.

If you don’t feel like going into the nearest coffee and pastry shop, why not make your own Affogato? This easy-to-do recipe can be accomplished as quickly as ten minutes.

All you need to prepare are the following ingredients: 1/3 cup of cold whipped cream, a half cup of boiling water, 4 shots of espresso from a home espresso machine and 1 pint of chocolate ice cream or gelato. You will also need the following equipment: electric mixer, a 1 cup glass measuring cup, a medium bowl, four dessert bowls and a refrigerator or chiller.

After all of the ingredients are set, it’s time to make your own glass of Affogato. First, pour the whipped cream into the medium bowl and beat using an electric mixer. Beat until soft peaks form from the cream.

Then cover and refrigerate. Use an espresso machine and make around four shots of espresso (alternatively dissolve espresso powder in boiling water using a 1 cup glass measuring cup-this is not recommended as espresso powder tends to be bitter).

Next, scoop ½ cup of ice cream or gelato and place in each of the four dessert bowls. Following the ice cream is the actually Affogato technique which is to pour 1 shot or approximately two tablespoons of hot espresso over the ice cream in each bowl. Finish it off with whipped cream.

Don’t you just love this easy fix of beverage? It could even pass as a dessert. A glass of Affogato would be perfect to enjoy a bright sunny summer morning.

8 thoughts on “Treat Yourself With a Splendid Affogato”