You know autumn’s arrived when fresh cranberries start to make an appearance in the markets.

A bright and festive addition to holiday dinners and entertaining, cranberries are loaded with nutrients and have chart-topping antioxidant properties, elevating them to the status of superfood – another beautiful gift from Mother Nature for our health and well-being. 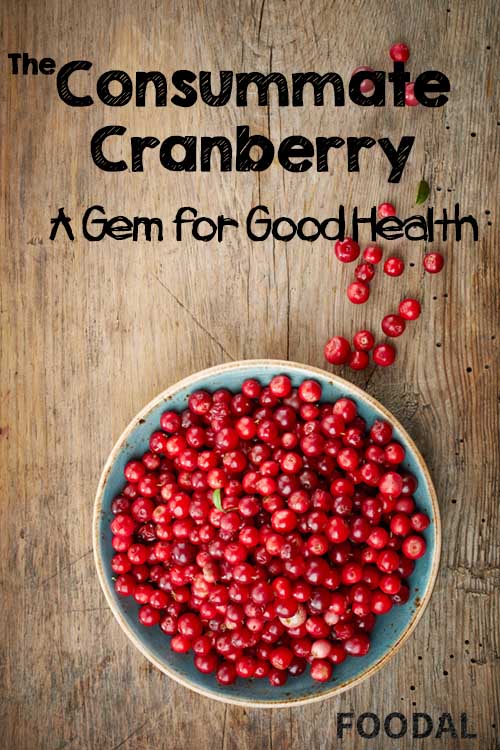 Native to the temperate regions of the northern hemisphere, cranberries ripen and turn their striking, deep red color from September to November – making them a natural at Thanksgiving and Christmas celebrations.

But with their outstanding nutritional benefits, they deserve a lot more attention than a one-season appearance.

So let’s dig into what this beautiful berry offers us – its nutritional value, as well as how to select, store and serve the berries, and finally we’ll wrap up with a few recipes to get you started on the cranberry path today.

In North America, cranberries were used by the Native Americans long before the European settlers arrived. They used them for eating and cooking, as a tea, a textile dye, and medicinally for a variety of ailments.

As a food, cranberries were eaten raw and sweetened with maple syrup, added to stews, or dried and formed into cakes for later use. The leaves were brewed into a tea. 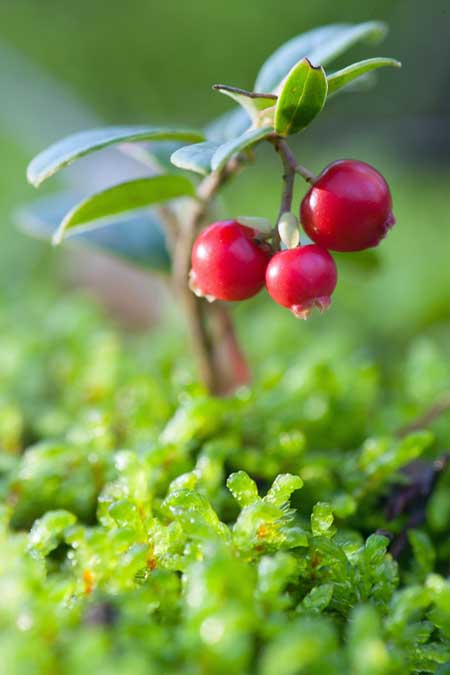 Cranberries, as well as Saskatoon berries (a wild cousin of the blueberry), were often dried and then ground into a powder for use as an addition to pemmican.

Pemmican was made from dried, thin strips of meat from large game like elk, deer and buffalo. It was then ground down into almost a powdery texture, animal tallow was added, and extra ingredients such as the dried berries were often incorporated as well.

This mixture was formed into cakes that could be stored for months, and the vitamin-enhanced pemmican became crucial resource that allowed the first European fur traders to survive the harsh winters. 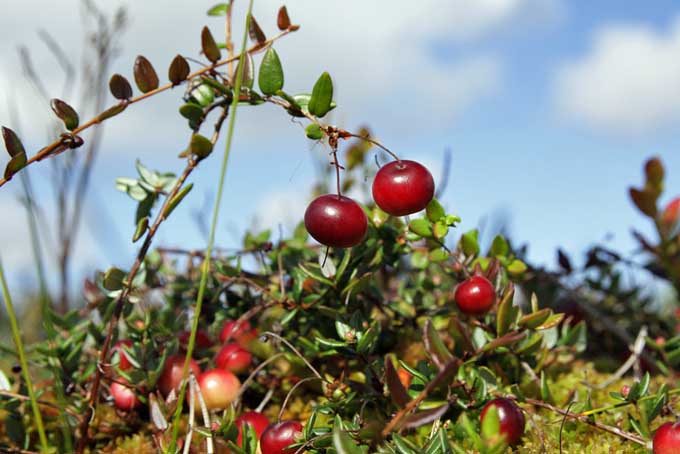 It also became a thriving source of commerce for the Métis of the Red River region, who had three flavors to offer the trappers – taureaux à grains being the berry-enriched version.

These bright red berries wouldn’t have been totally unknown to the early settlers, as similar species are native to the UK and the cooler regions of Europe.

However, the Europeans didn’t really adapt to the indigenous uses of the cranberry, and primarily stuck to their own traditions: mainly using them to make a sour fruit sauce for fowl, and occasionally including them in stuffings and puddings. 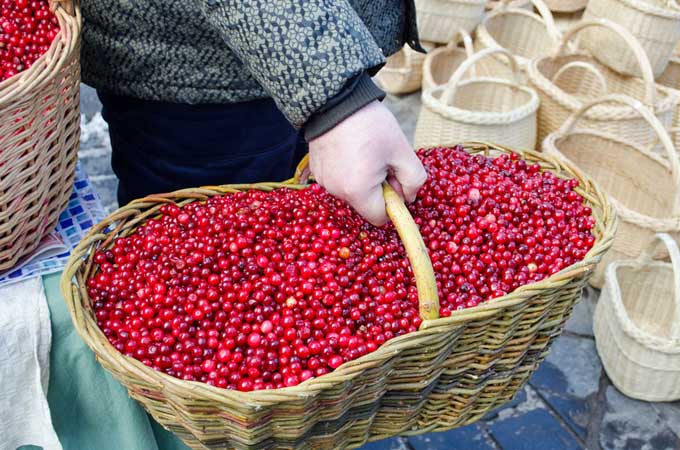 However, when the Brits brought honeybees to the New World in the mid 1600s, use of the fruit grew considerably, as they now had their own steady supply of a sweetener – honey.

After this, cranberries started to show up in pies and tarts and as a side dish on their own, sweetened with honey of course. At this time, they started to make an appearance in the cookbooks of the early pilgrims as well.

Cranberries are a group of evergreen dwarf shrubs in the subgenus Oxycoccus of the genus Vaccinium. They grow in wetland bogs that characteristically have acidic water, sphagnum moss and peat – not ideal growing conditions for most plants, but the tough little cranberries love it.

A shrub, they also have vine-like qualities and propagate by sending runners along the floor of the bog, creating new plants wherever they can take root.

A common misconception is that the bushes grow in water – in truth, the bogs are only flooded when the berries are ripe. This allows the fruit to fall from the bush and float in the water, making it easy for farmers to collect and harvest. 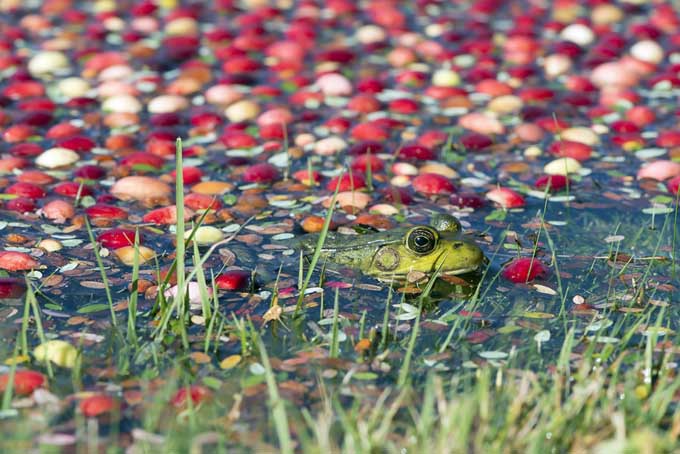 In areas where severe winter weather might harm the plants or fruiting buds, the bog is left flooded to protect the vines and buds from injuries associated with cold weather. The water is then drained when warmer weather arrives in the spring.

Today, commercially produced cranberries are grown in man-made bogs designed to replicate their native habitat. The growing medium is composed in precise layers of clay, soil and sand, and flooding is controlled by irrigation systems to recreate their wetland environment.

Very low in calories with only 51 for a full cup, the cranberry offers an abundant array of vitamins, minerals and phytonutrients. 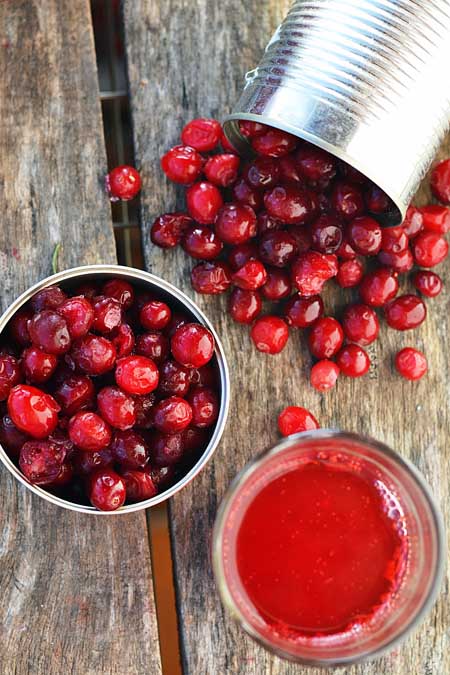 Among the phytonutrients are phenolic acids, proanthocyanidins, anthocyanins, flavonoids, and triterpenoids. And many of these phytonutrients offer antioxidant, anti-inflammatory, and anti-cancer health benefits (2), (3). As far as healthy foods go, cranberries are at the top of the list and have rightfully earned the moniker “superfood.”

As the nutritional values of this fruit are studied in greater depth, information from these studies now suggests that this native berry offers more than just good nutrition, and may also promote:

Urinary Tract Infections: The cranberry is highly regarded for its important role in preventing UTIs, particularly for those who are prone to recurring infections. This is attributed to their high levels of proanthocyanidins (PACs), which reduces the ability of certain bacteria to cling to urinary tract walls and, in turn, resists infections.

Cardiovascular Disease: The next highlight is the increase in the health of cardiovascular systems, which comes in the form of a potent combination of antioxidants and anti-inflammatory phytonutrients.

Two common causes of blood vessel damage are oxidative stress and chronic inflammation, which wreak havoc with the walls of blood vessels. And once these cells are damaged, they open the door to plaque formation, which greatly increases our chances of developing atherosclerosis.

The regular consumption of cranberries and cranberry juice (in average amounts, not the super-concentrated doses distributed to study subjects) have also been shown to prevent the activation of two enzymes that are critical in the process of atherosclerosis.

The antioxidant components of cranberries has even been shown to play an important role in alleviating the risk of high blood pressure. By reducing oxidative stress in blood vessels, they’re less prone to over-constriction and undesirable increases in blood pressure.

Immune Support: Research in this field is still in the fledging phase, but recent studies show that consuming cranberry extracts improves several aspects of immune function and reduces the symptoms of colds and the flu in study subjects.

An exciting area of study for the future…

Cancer: Another intriguing area of research is that of cancer prevention, with several key mechanisms being identified in the last 10 years as anti-cancer agents.

These include blocking the expression of particular cancer cells, inhibiting enzymes that are known to contribute to cancer, and triggering programmed cell death in tumorous cells.

This list of anti-cancer properties is supported through a wide range of studies and shows particular promise in the areas of breast, colon, lung and prostate cancers.

Of course, two of the key risk factors in the likelihood of developing cancer are excessive oxidative stress and chronic inflammation.

So, when you consider the cranberry’s abundance of anti-inflammatory and antioxidant nutrients, it’s not really surprising that they show the capacity to help lower the risk of cancer development.

These findings suggest that cranberries may be able to assist in recovery from stroke – with exposure to cranberry juice in the earliest stages, during which the most severe damage usually occurs, a statistically significant effect has been shown in reducing brain cell death.

Studies in this field indicate that the PACs prevent bacteria from forming a bond on teeth, which plays an important role in reducing and preventing periodontal disease.

This tart and tangy berry is a fruit with a short season, and fresh cranberries are harvested in the months of September and October only. They then make their appearance in the markets and grocery stores from October through December.

Look for berries that have a fresh, plump appearance, a deep red color with a slightly matte finish, and firm flesh that resists pressure when given a light squeeze. 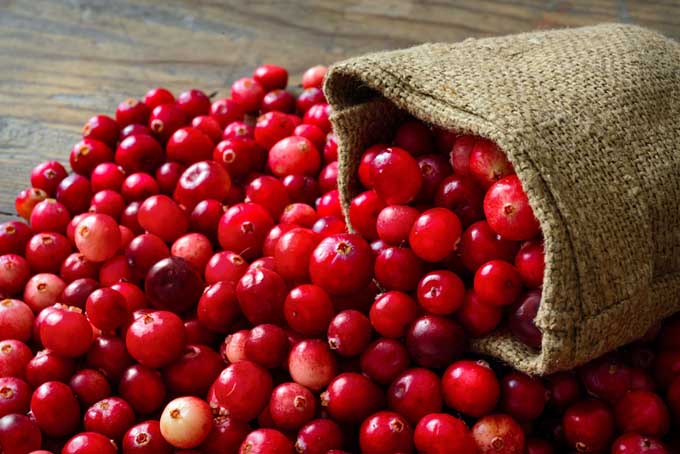 Soft, soggy or wrinkled berries are of a lesser quality and should be avoided, as firm flesh is the primary indicator of high quality. And the deeper red their color is, the more concentrated and abundant their highly beneficial anthocyanin compounds will be.

Look for berries of the deepest red hue for the best phytonutrient content.

You’ll often find cranberries pre-packaged in plastic bags, but more grocers and markets are beginning to offer them in bulk, so you can inspect them closely before purchasing. As always, shop locally whenever possible to ensure that you get the freshest berries. 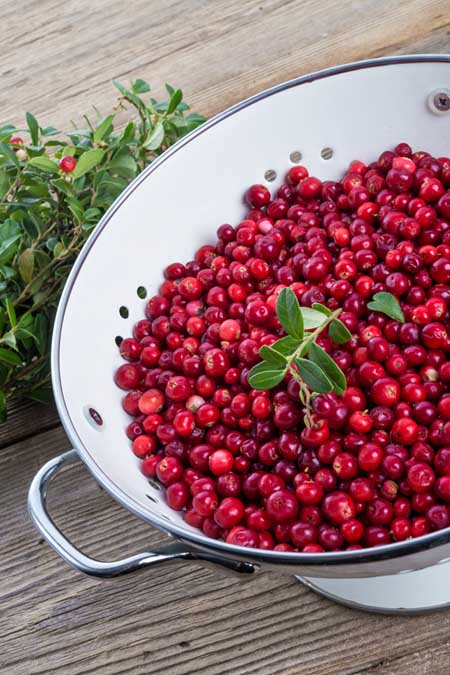 Store fresh, ripe cranberries in the fridge for up to three weeks. When taken out of the fridge they may sweat a bit, but this moisture doesn’t indicate spoilage unless they’ve become discolored, or if they feel leathery or sticky.

Frozen cranberries can be kept in the freezer for up to one year. To freeze, wash the berries and spin dry in a salad spinner. Spread out in a single layer on a cookie sheet and freeze for a couple of hours. Once firmly frozen, transfer to an airtight freezer bag, date it and pop it in the freezer.

When thawed, the berries will be soft and should be used as soon as possible.

Treat cranberries with the same care as blueberries. Before using, place the berries in a colander or salad spinner and rinse well with cool, running water. Shake the colander gently to remove excess water, or give them a good whirl in the spinner to get them really dry.

When using frozen berries in recipes, remember to extend the cooking time by an extra couple of minutes. To enjoy the highest amount of nutrients, enjoy cranberries fresh. Like many other berries and other fruits, they lose some of their nutritional content when cooked at temperatures at or above 350°F.

That concludes our look at the consummate cranberry, but don’t go away! There are still some recipes for you to check out:

Tart and sweet at the same time, this sauce is the perfect condiment for turkey, chicken, duck or pork, like served with our honey mustard pork chops. Easy to make, you’ll never settle for store bought again. 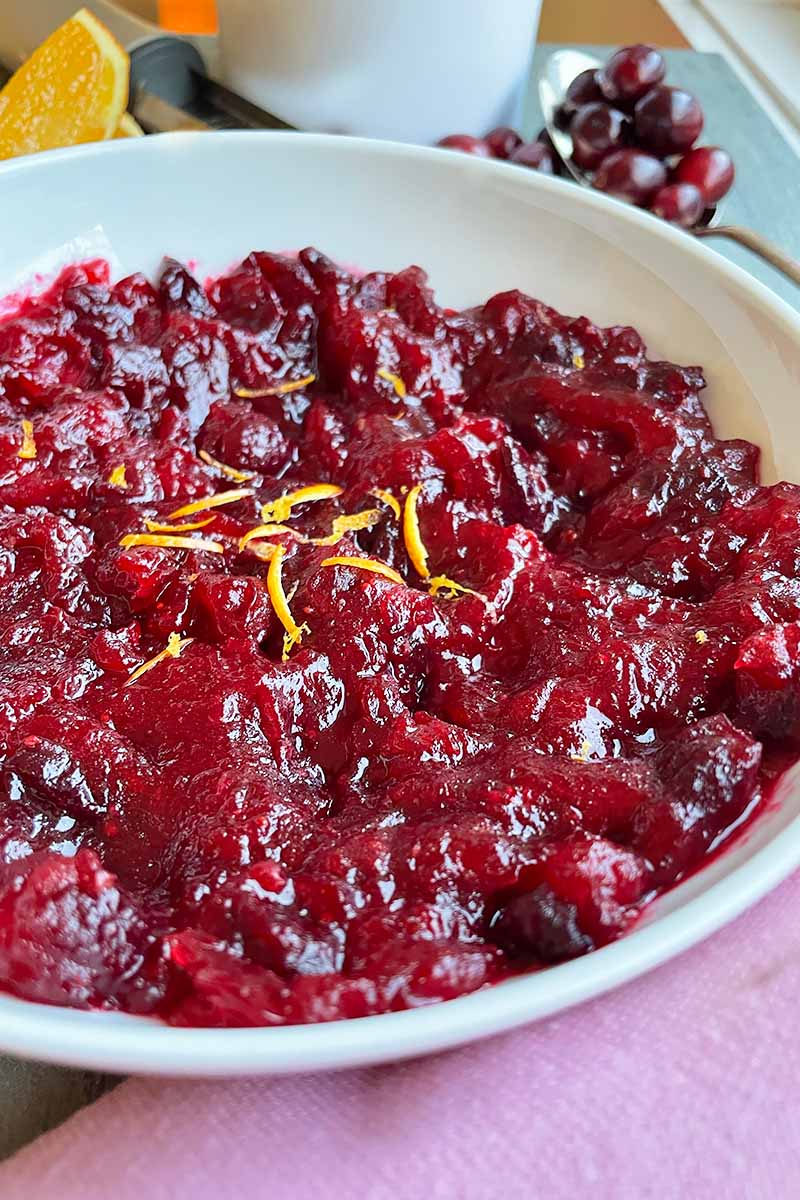 These baked yams with wild rice are wonderfully festive on a holiday table, but they are tasty enough to serve any time of the year. 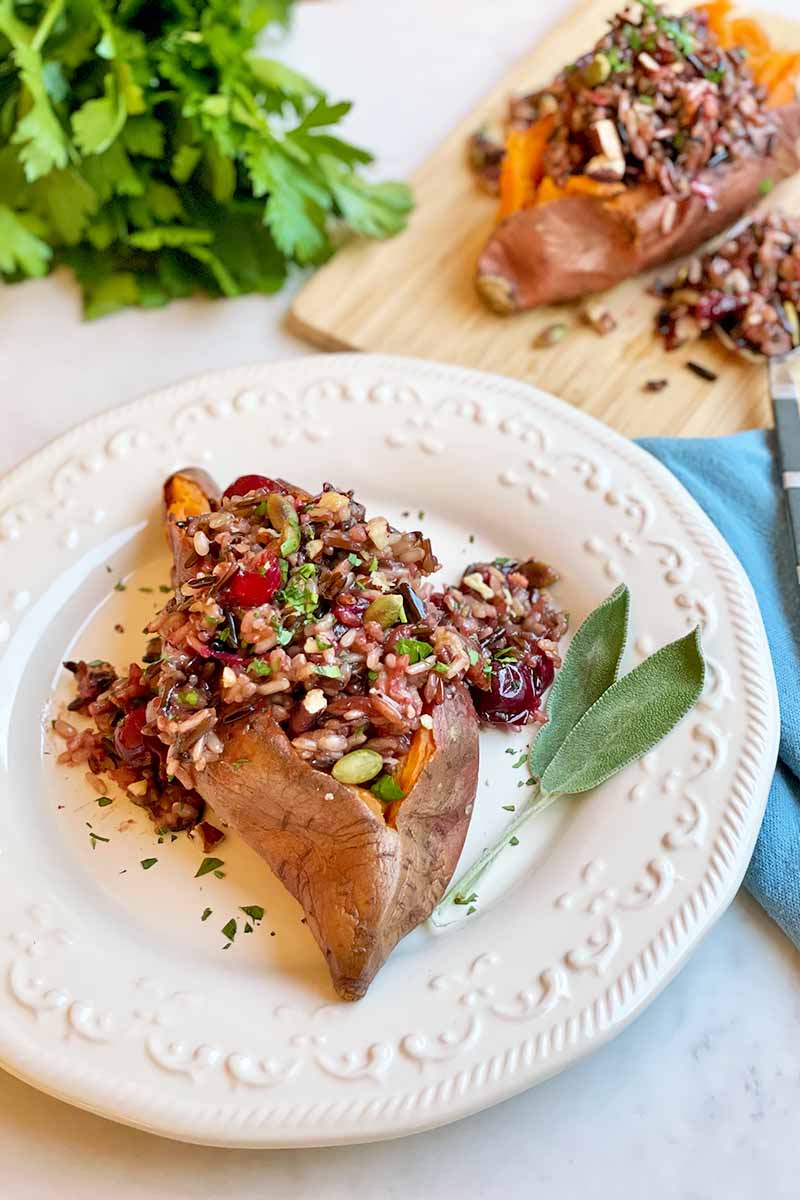 Baked Sweet Potatoes with Cranberry Wild Rice Stuffing – Get the Recipe Now
And if yams aren’t your thing, this pilaf works equally well baked in half of a small squash such as acorn or butternut, or served as a side dish on its own.

If you love nut pies but find most recipes to be overly sweet, try this version – the tart cranberries balance out the flavors beautifully. 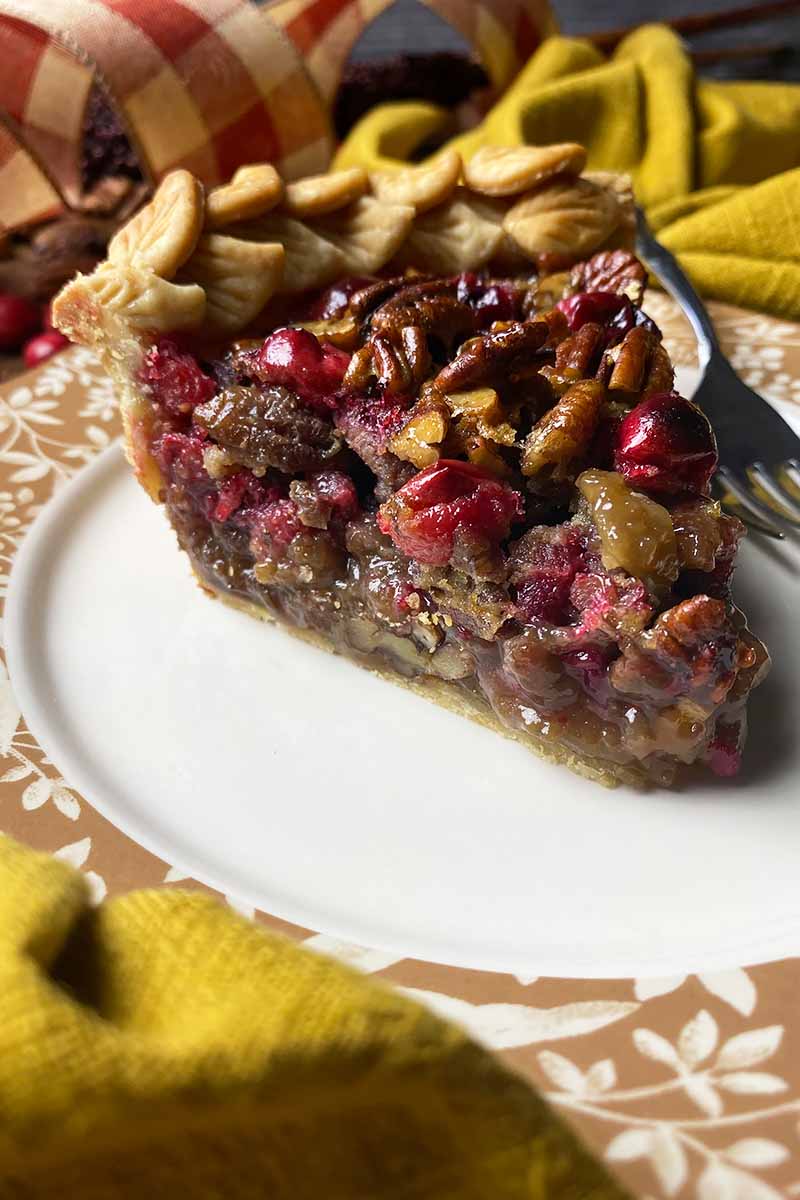 Cranberry Pecan Pie – Get the Recipe Now
Serve with a full-bodied coffee for a delicious finish to any meal. 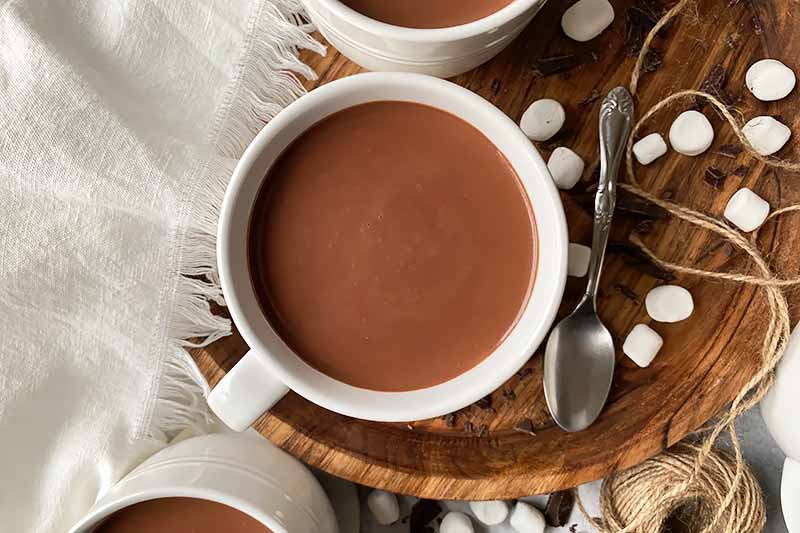 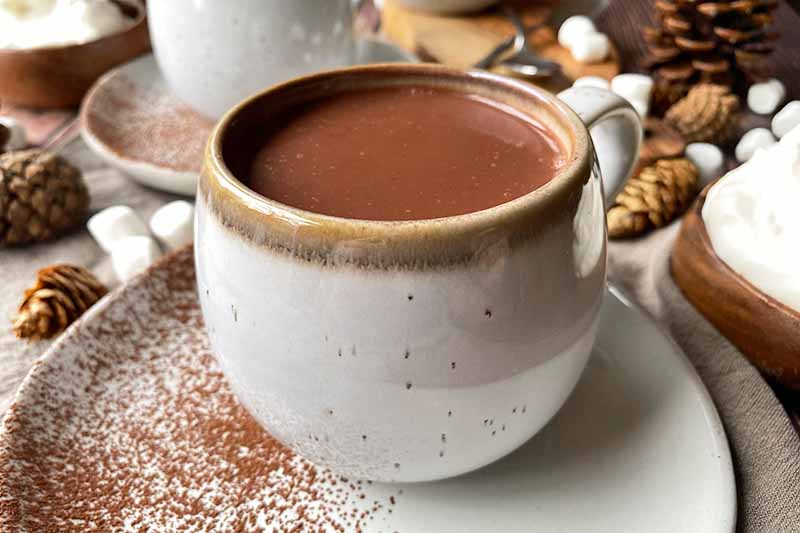 64 thoughts on “The Consummate Cranberry: A Gem for Good Health”