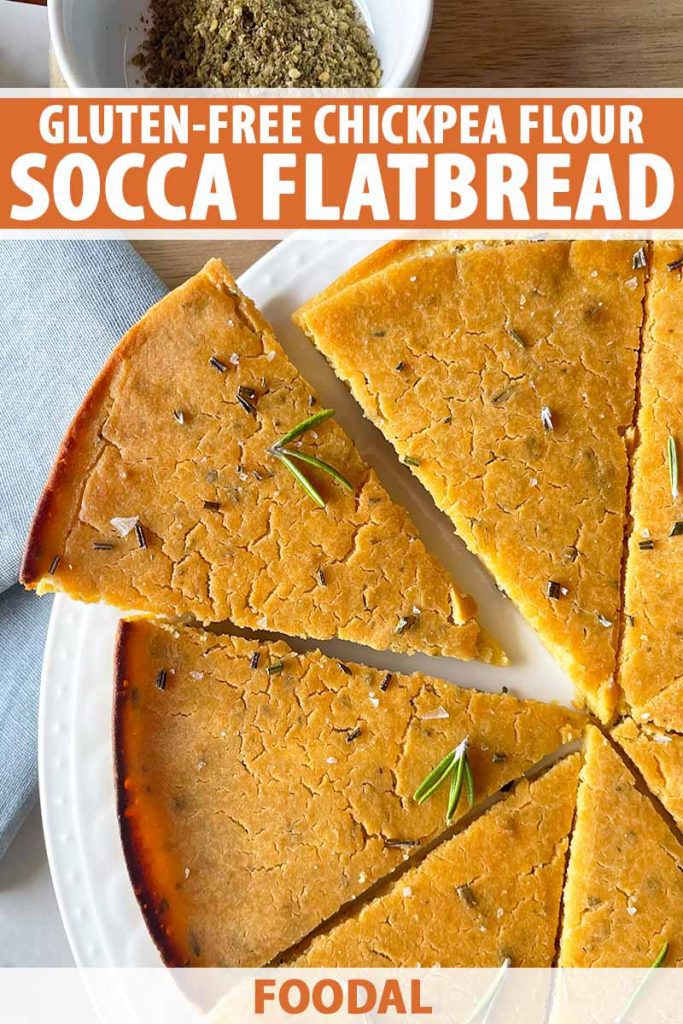 Calling all flatbread fanatics – this one’s for you. 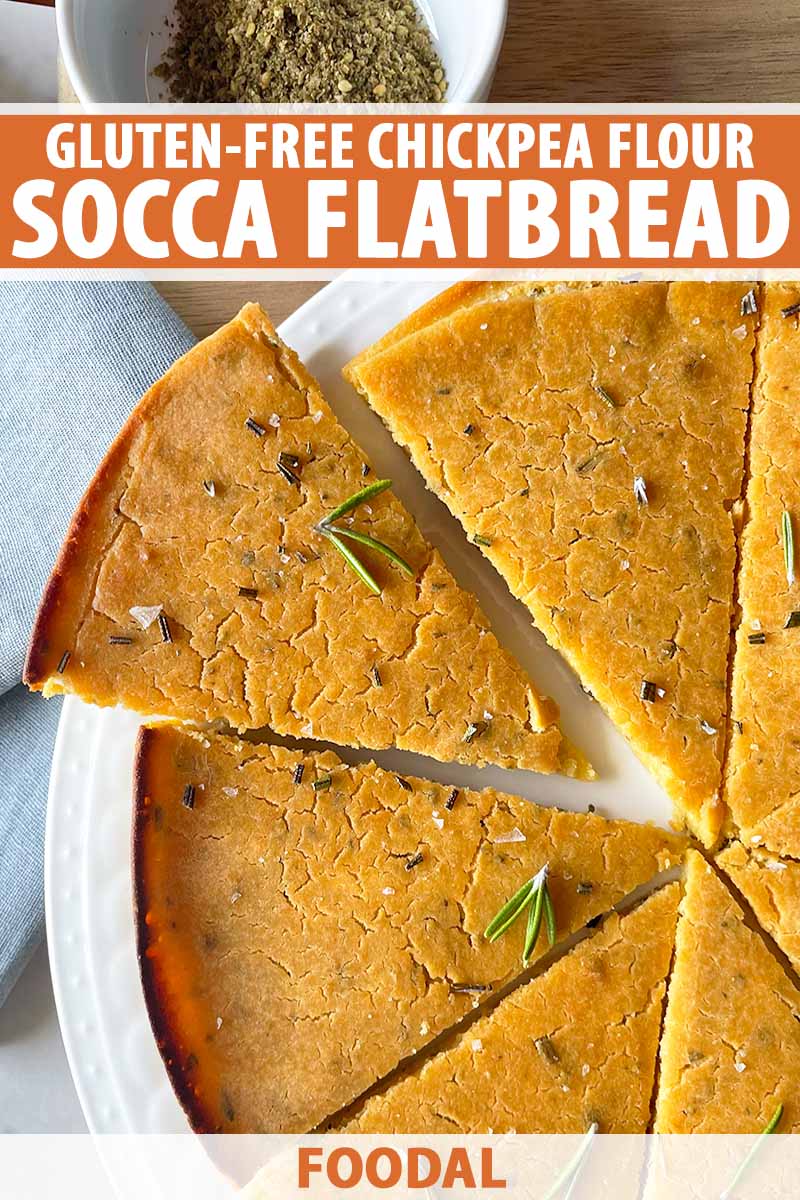 Actually, this recipe is for anyone who appreciates golden-brown and crispy foods that can also morph into pizza.

This is one of the world’s coolest superpowers, if you ask me. Who needs an invisibility cloak when you can transform into a glistening pepperoni pie?

If you’ve never heard of socca before and had no idea what you were in for when you stumbled upon this recipe, you’re in luck! We’re talking about an elegant, comforting snack that’s made with gluten-free chickpea flour, and just a few more supremely simple ingredients.

I know you already have salt, water, and olive oil on hand. Right? 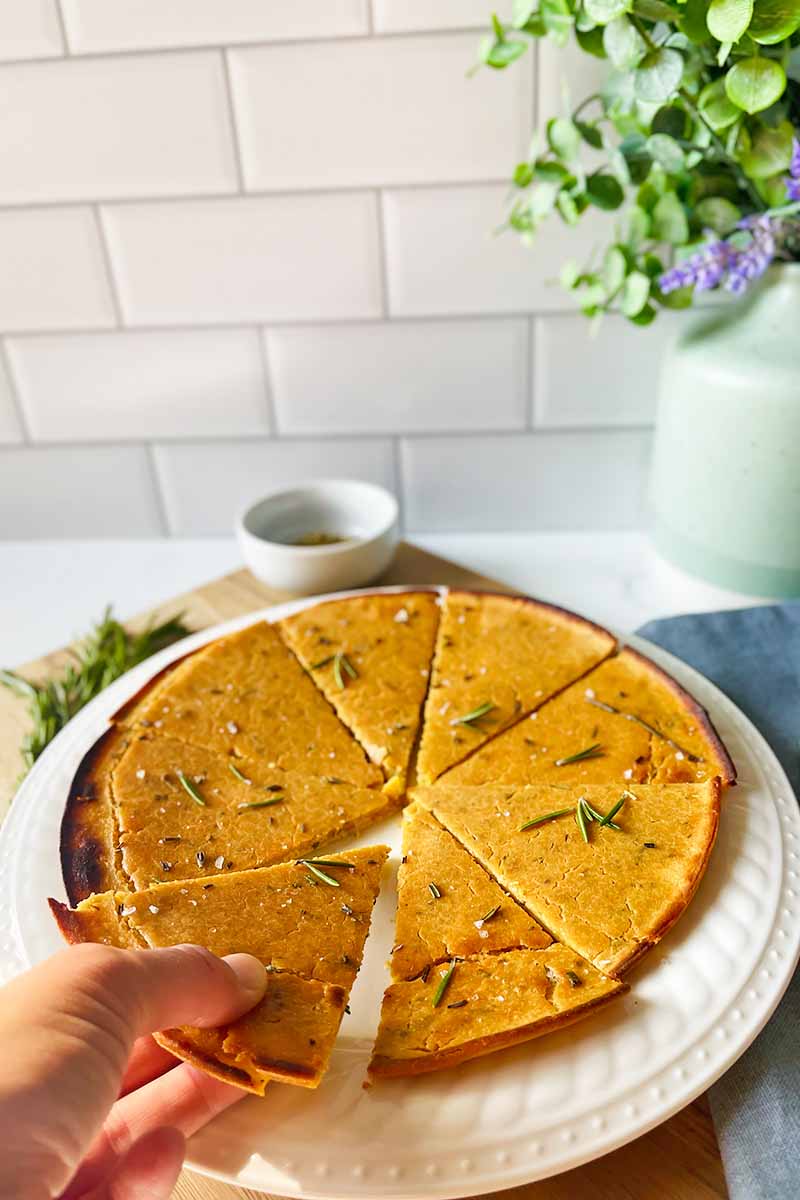 As if the French and the Italians didn’t already lay claim to many of the world’s finest culinary treasures, socca, aka farinata, is just one more gem brought to the game of gastronomy by cooks hailing from this part of the world. And it’s a home run, if I do say so myself.

Traditionally served streetside in modern times by vendors who pack the thin, unleavened bread into big paper cones, these crispy delights have a long history, and they go by many names.

Popular throughout coastal areas bordering the Ligurian Sea, you may hear the name socca in Nice, or farinata in Genoa. Italians elsewhere may call it torta di ceci, or cecina. 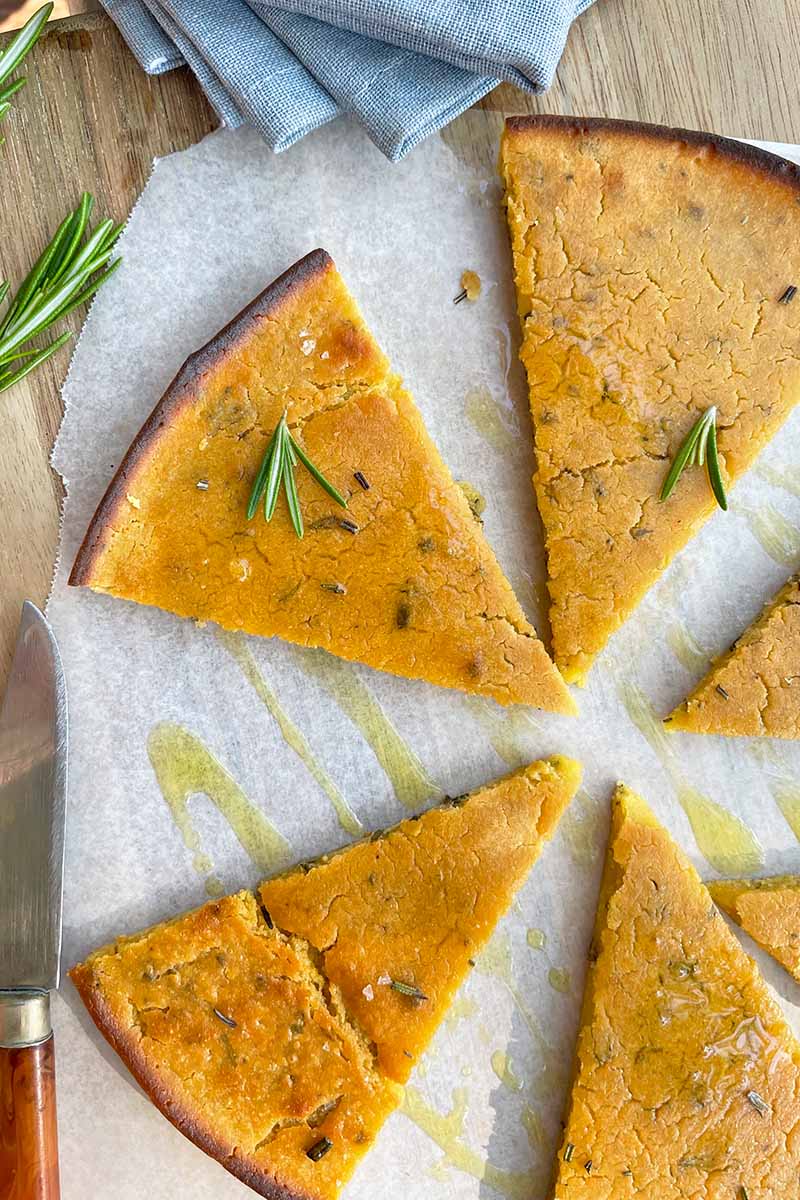 Some say it’s flatbread, others refer to it as a pancake or crêpe.

But at the end of the day, what’s in a name? (I think I just got what Shakespeare meant by that…)

There certainly is something very crêpe-like about trickling creamy batter into a hot pan and watching it glide from edge to edge. Then again, once the crackly surface is complete and you start to ponder what toppings to pile on – we’re talking flatbread at its finest. 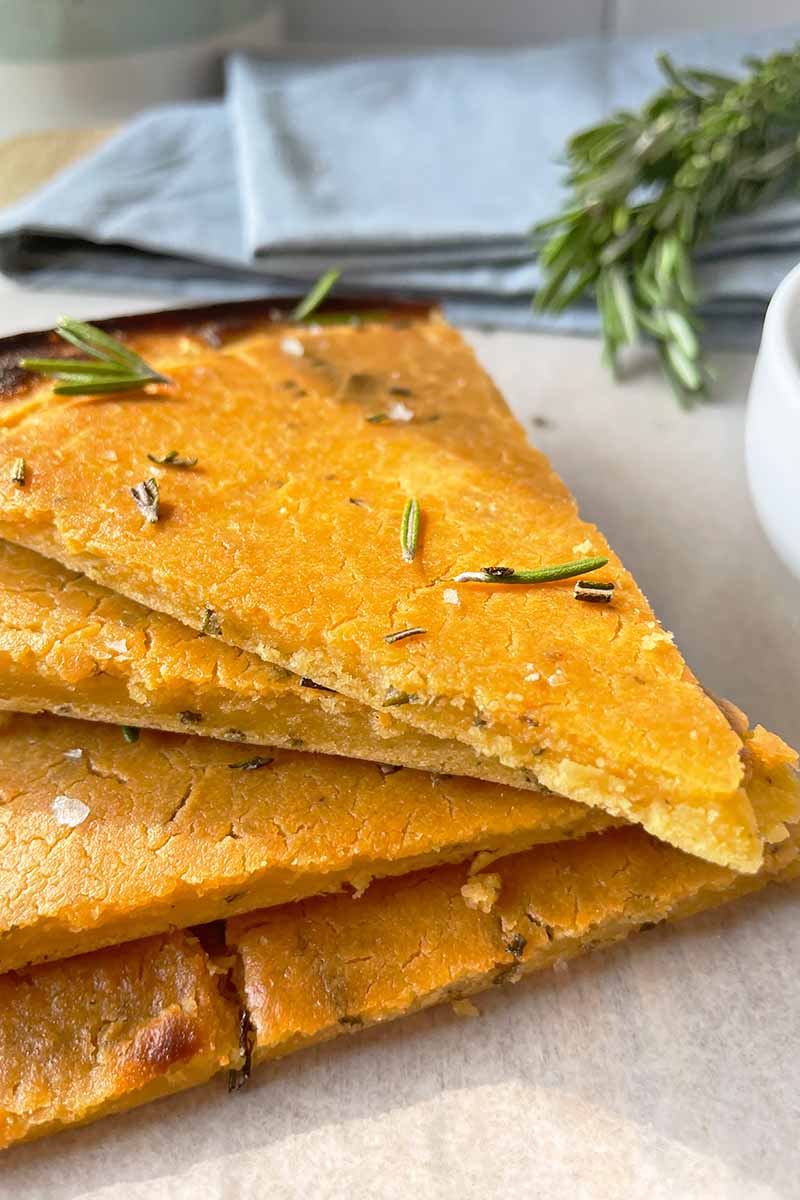 In this traditional pancake, the chickpea flour (which you may find labeled as garbanzo bean flour) is the front man of the show.

Chickpea flour is made from ground, dried chickpeas. Its mild, neutral flavor makes it a shoo-in for baking up sweeter items, while its leguminous notes give it just as much street cred in a savory dish.

If you can only find besan flour, which is also made from chickpeas, keep in mind that it’s usually ground more finely and the batter will need much less water.

One of the more popular variations on socca involves adding rich, caramelized onions to the batter. As drool-worthy as that sounds, we’re keeping things on the simple side today. 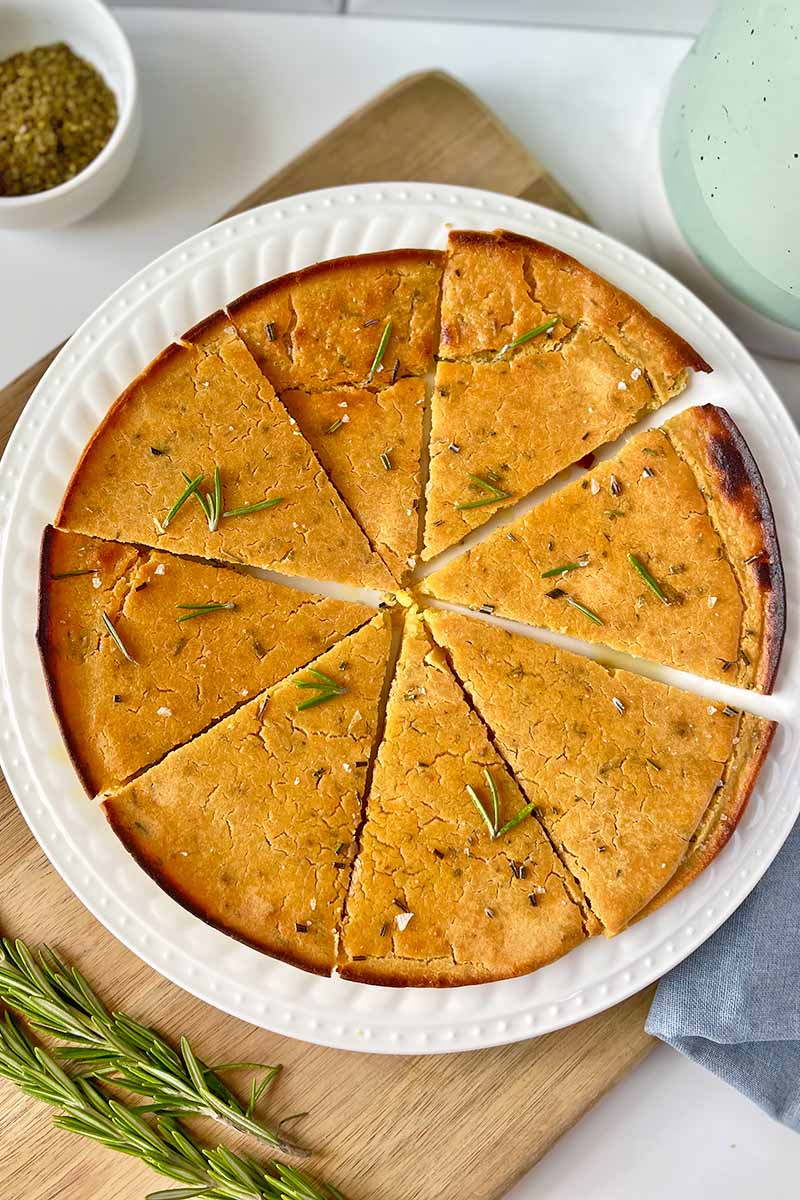 Our version is swimming with woody rosemary. The piney, aromatic fresh herbs add a pungent pop to the nutty pancake.

With a slightly smoky, charred surface and creamy, tender interior, made with a radically short list of ingredients and using an easy technique, this rustic flatbread is a scrumptious no-brainer to add to your repertoire.

Bring this staple into your kitchen today, and you’ll see why it’s a superhero of the street food world.

Do you flip for golden-brown, flaky flatbreads? Try socca! This crispy gluten-free chickpea flour pancake is as versatile as it is delicious. 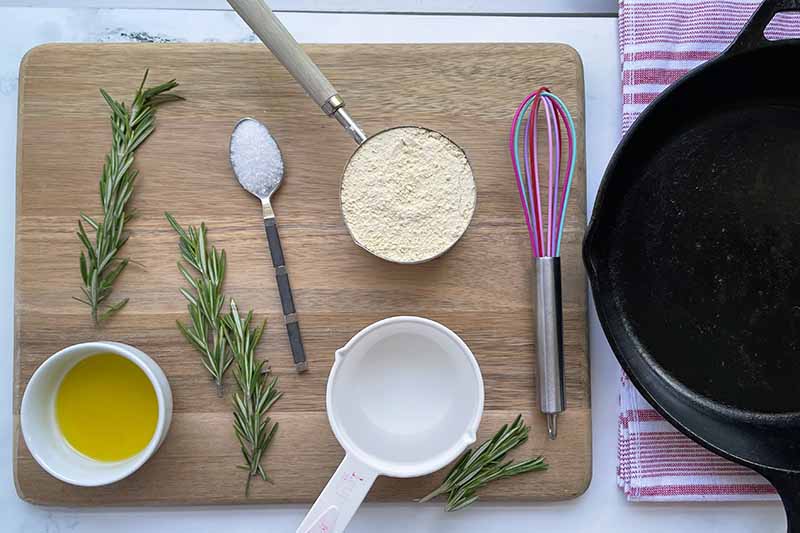 Hold your rosemary sprigs near the top and then with your other hand, use two fingers to pull downwards to strip the leaves off the stems. Chop the rosemary.

Step 2 – Make the Batter and Let It Rest

Add the chickpea flour and 1/2 teaspoon of the salt to a large mixing bowl, and stir to combine. 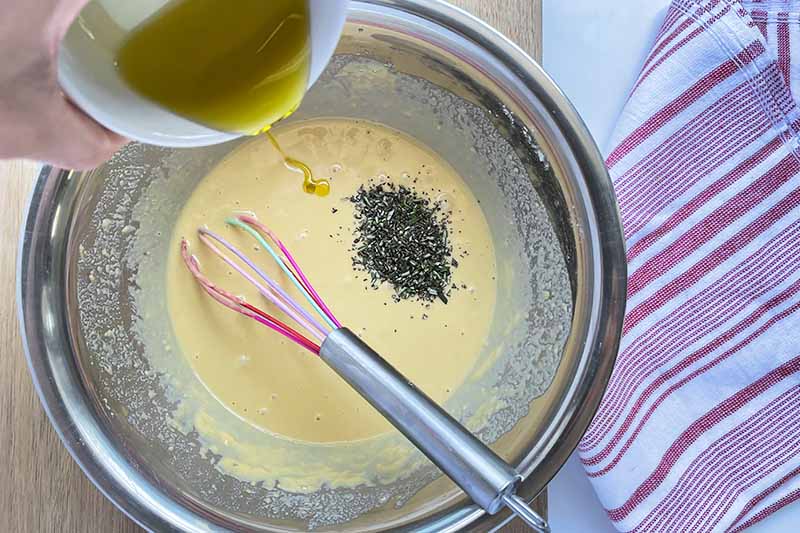 Slowly pour in the warm water, whisking as you pour. Scrape down the sides of the bowl as needed, and make sure no lumps remain.

Continuing to whisk, drizzle in 1 1/2 tablespoons of olive oil and add the chopped rosemary. The batter will be runny.

Letting the batter rest before cooking is what gives the interior its creamy consistency, so allow it to rest on the counter for at least 30 minutes. It can safely sit at room temperature for up to 4 hours. 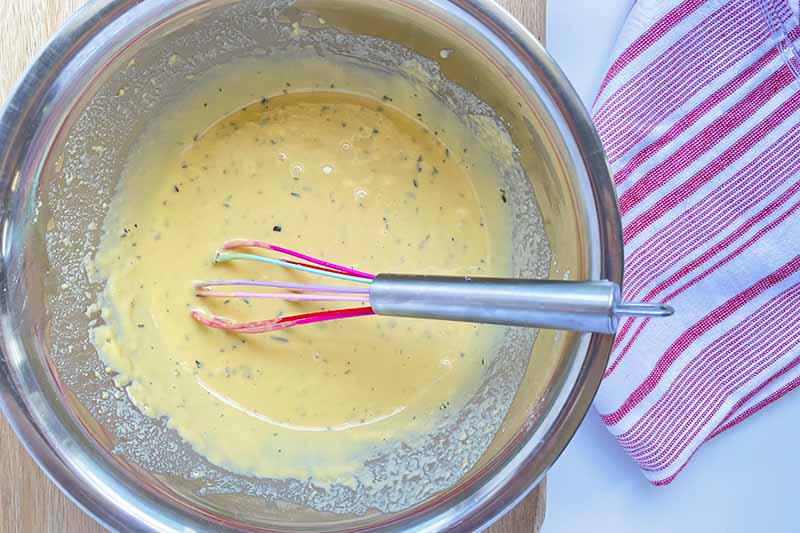 While the batter rests, place an oven-safe 10- to 12-inch heavy-bottomed skillet or cast iron pan in the oven and preheat to 450°F.

Step 3 – Add the Batter to the Pan

Once the batter is done resting, use a pot holder to carefully remove the preheated skillet from the oven. 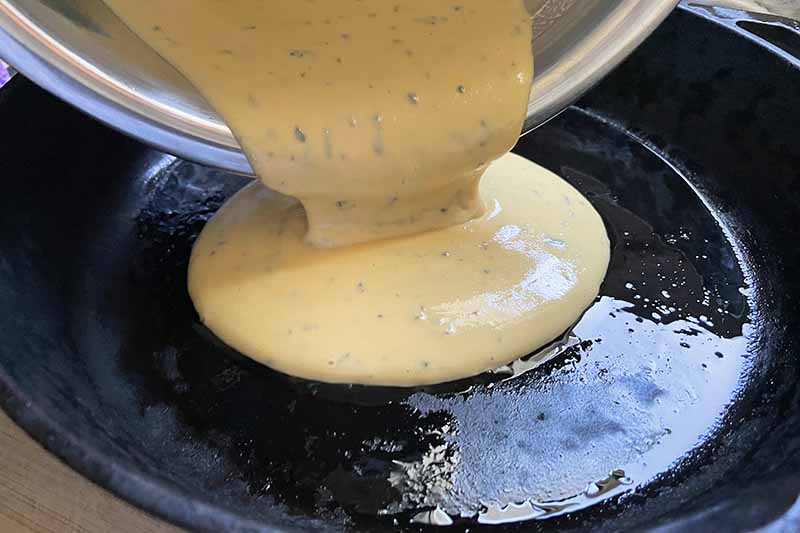 Add the remaining teaspoon of oil to the skillet, swirl to coat the pan, and pour in the batter. 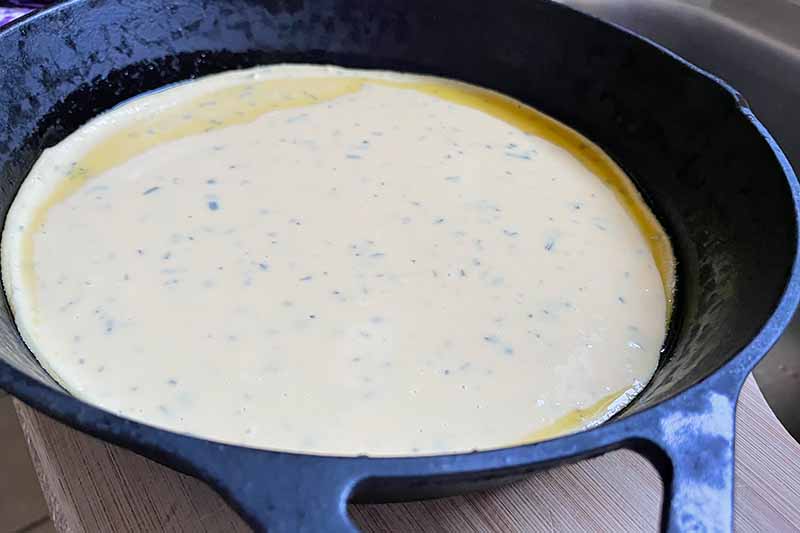 Tilt the pan and gently swirl the batter around to make sure it coats the entire surface. You’ll see the outside edges start to set ever-so-slightly.

Place the skillet in the oven and bake until the top of the socca begins to turn light golden brown and the edges are crispy. This will take about 5 to 8 minutes. 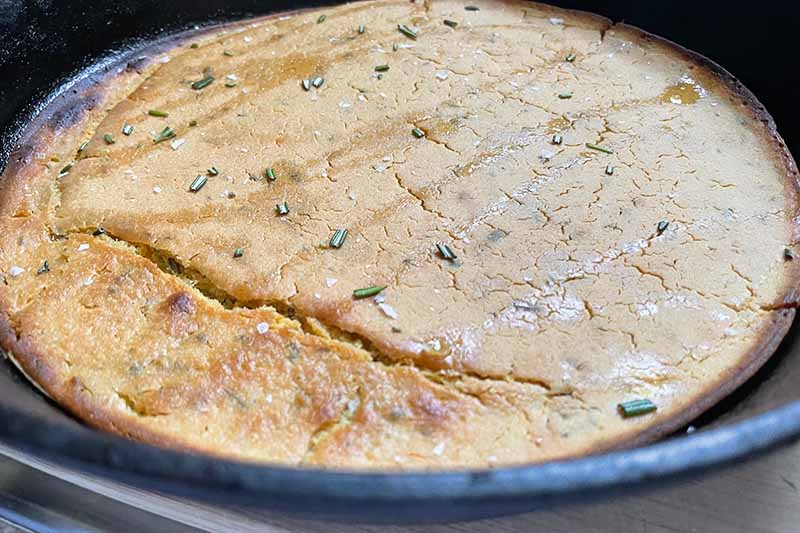 Don’t worry if you see some cracks running through it. That’s supposed to happen, and this gives socca its rustic look.

You want the middle to still be slightly flexible, so if it starts to look dry while it’s baking, you can drizzle on some additional olive oil.

Turn the broiler on high, move the pan to a higher rack in the oven, and broil until the top of the socca begins to blister in some spots. 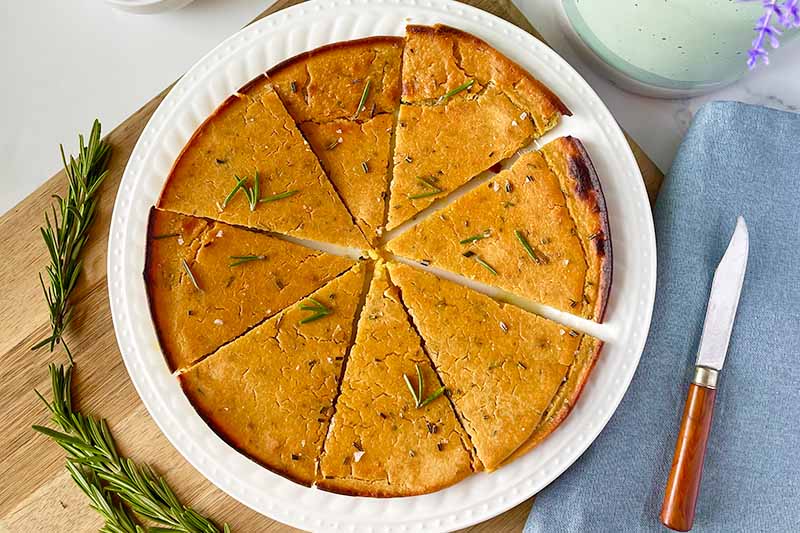 This will only take about 1 to 2 minutes. Keep a close eye on things to make sure it doesn’t burn.

If the top of the socca is browning too quickly under the broiler, you can move the pan to a lower rack.

Lifting it gently out of the pan with a flat spatula, transfer the socca to a cutting board.

Sprinkle with the remaining salt, slice into wedges, drizzle with olive oil, and serve hot. You can use flaky sea salt for a bit more crunch and garnish with za’atar or herbes de Provence if you like.

Serve Up That Socca

I know what you’re thinking. Socca was easy to make! But how else can I play with it besides putting it directly in my mouth? 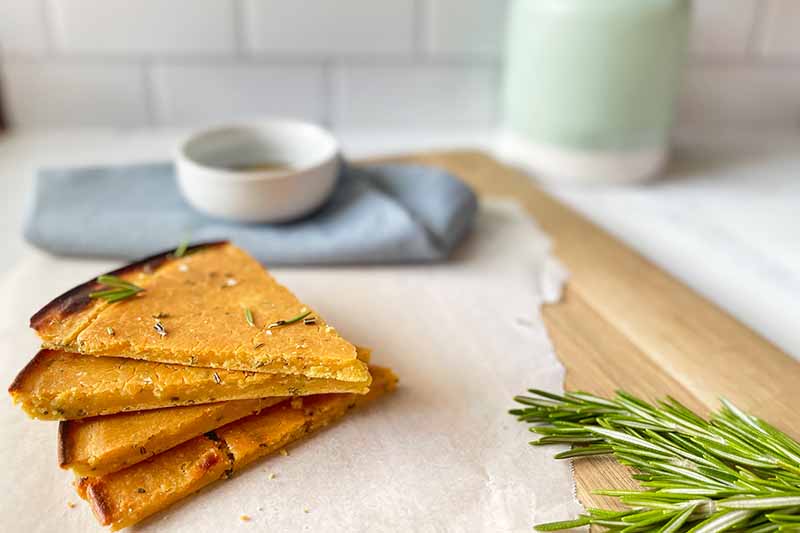 That’s the fun part! This crispy chickpea flour pancake is as versatile as it is delicious. It’s popular as a gluten-free base for pizza, and I recommend piling it high with feta, roasted tomatoes, and a balsamic glaze.

Smear your socca with hummus and layer fresh veggies and tahini on top. Or try pesto, soft cheese, and your choice of thinly sliced cured meats.

Looking for something lighter? Tear the crackly farinata into pieces and use it as a sub for the bread in fattoush or panzanella.

How will you make your socca snazzy? Share your inspirational ideas in the comments below! And don’t forget to give this recipe a five-star rating if you loved it.

Whether in flour form or whole, chickpeas are a stellar source of vitamins, minerals, and fiber. Love on this legume a little more by whipping up the following recipes next:

Photos by Fanny Slater, © Ask the Experts, LLC. ALL RIGHTS RESERVED. See our TOS for more details. Originally published by Sarah Hagstrom on June 28, 2015. Last updated on May 18, 2022. 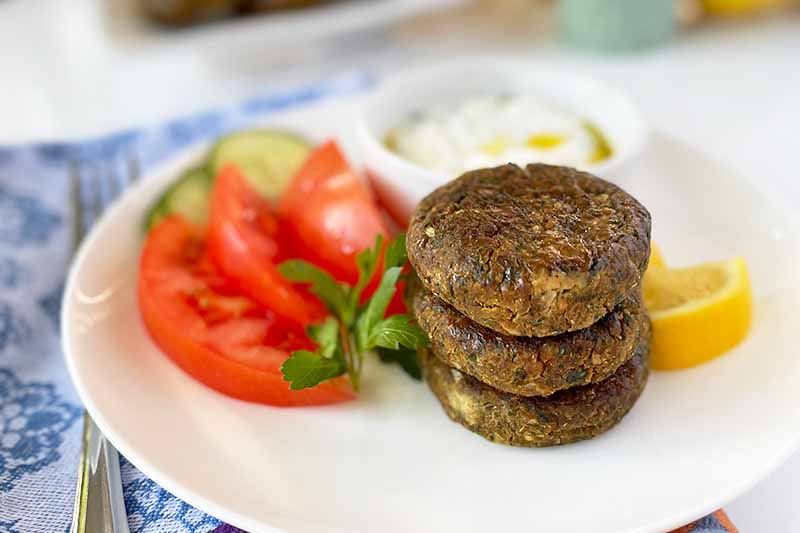 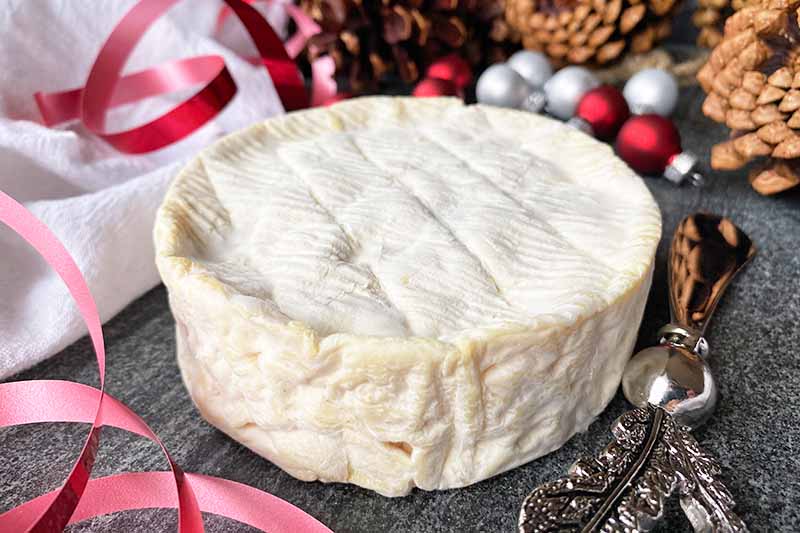 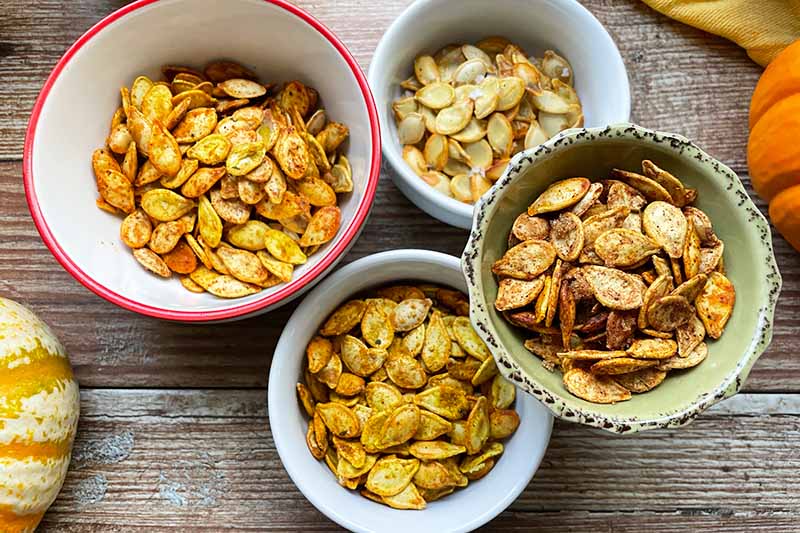