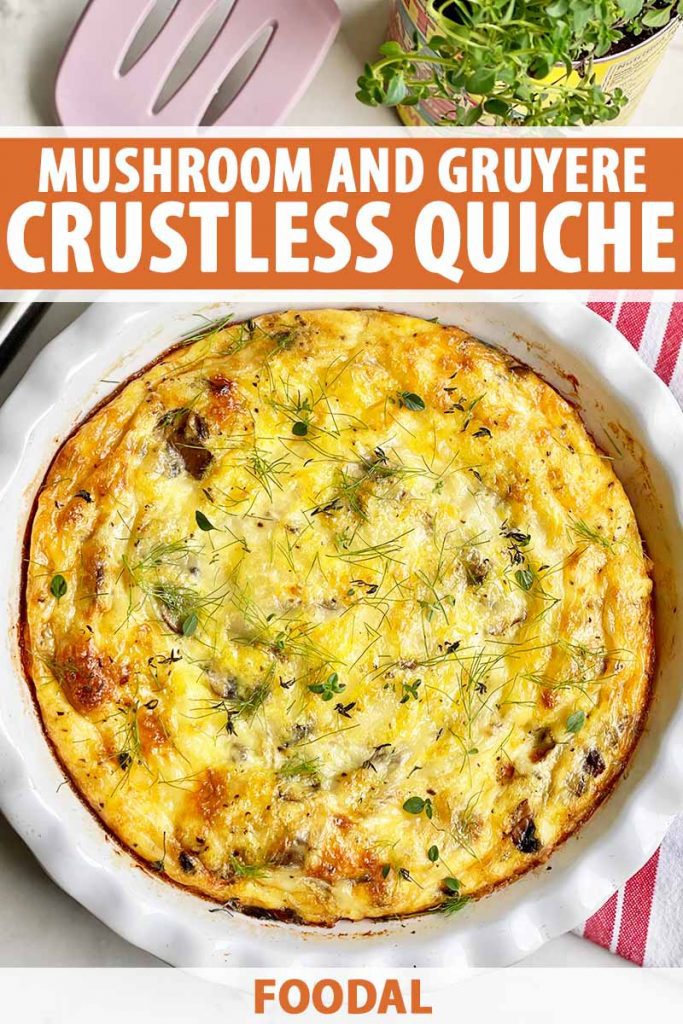 If you don’t receive roaring applause when you slide this fluffy, golden-brown, pizza-esque eggy casserole out of the oven, you’ve done something wrong. 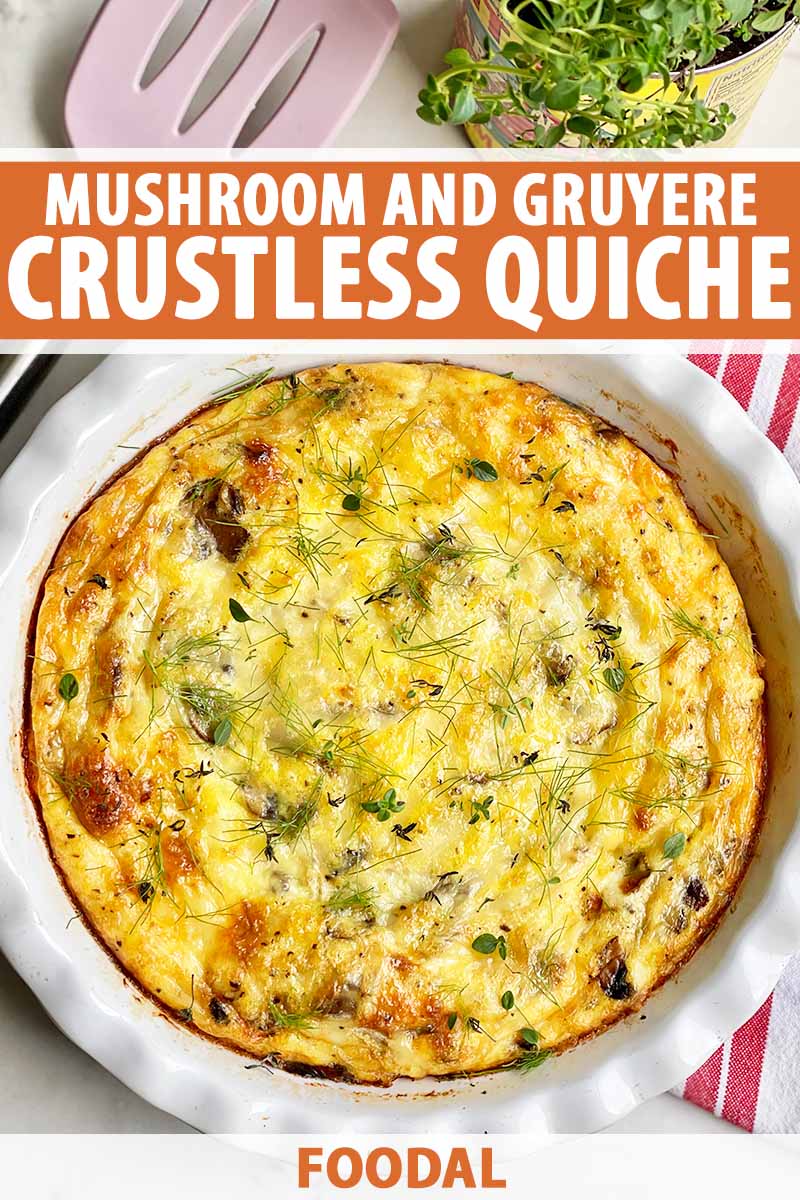 Or maybe your brunch guests are asleep.

I’m an enormous fan of frittatas as they’re some of the easiest, yet most impressive dishes a home cook can throw together. In some ways, I think these crustless wonders kind of are breakfast-y Twilight Zone versions of pizza, without the carbs.

They’re sliced (typically into triangular wedges, though it depends on the shape of your baking dish), have a gooey cheese factor, and are often swimming with savory goodies like veggies and meat.

And once the heat hits that extra layer of beautiful, bubbly Gruyere that graces the top of this dish, we’re definitely looking at the same “wow” factor that comes from gliding a sizzling flatbread out of a wood-fired oven.

As for the prep involved, there are numerous ways to get from egg carton to crustless quiche. 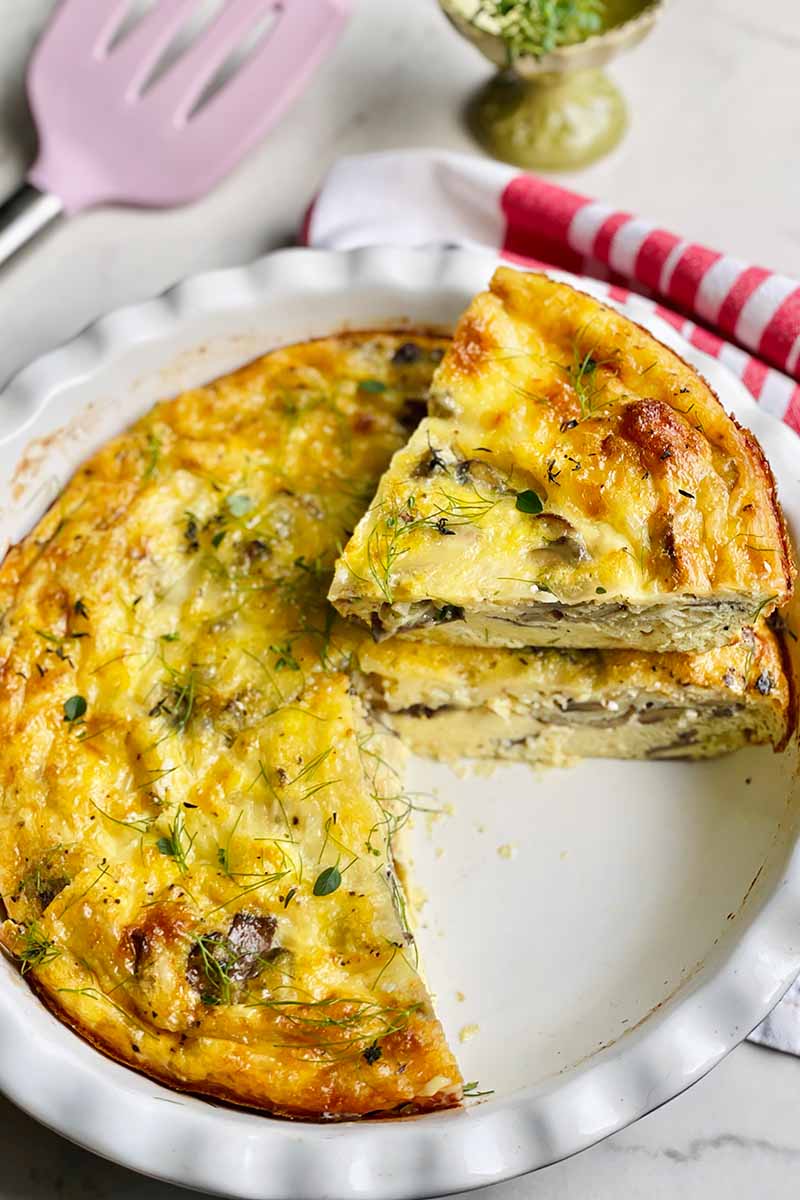 For example, making this veggie-packed potato and zucchini frittata is a one-pan deal from start to finish, prepped on the stove and then baked. This is traditionally how I make frittatas in my own kitchen, but there’s something to be said about allowing the concoction to bake in a pie or casserole dish as well.

Whereas the eggs begin their cooking journey in a large skillet using the one-pan method, finishing the top under the broiler and creating an especially puffy prize to reveal to your hungry guests, I find that baking produces a more evenly-cooked finished product.

Fact: the more you heat and fumble with eggs, the tougher they get.

In this recipe, instead of allowing the eggs to set in a frying pan, the whole shebang bakes up into springy and light deliciousness in the oven.

Not to mention, you can prep a bigger meal this way as well. After all, if you’re serving straight from a skillet, your crustless quiche can only be as big as the biggest burner on your stove. With the casserole technique, you can crack away into a big baking dish – and P.S., this makes this a fantastic make-ahead option as well. 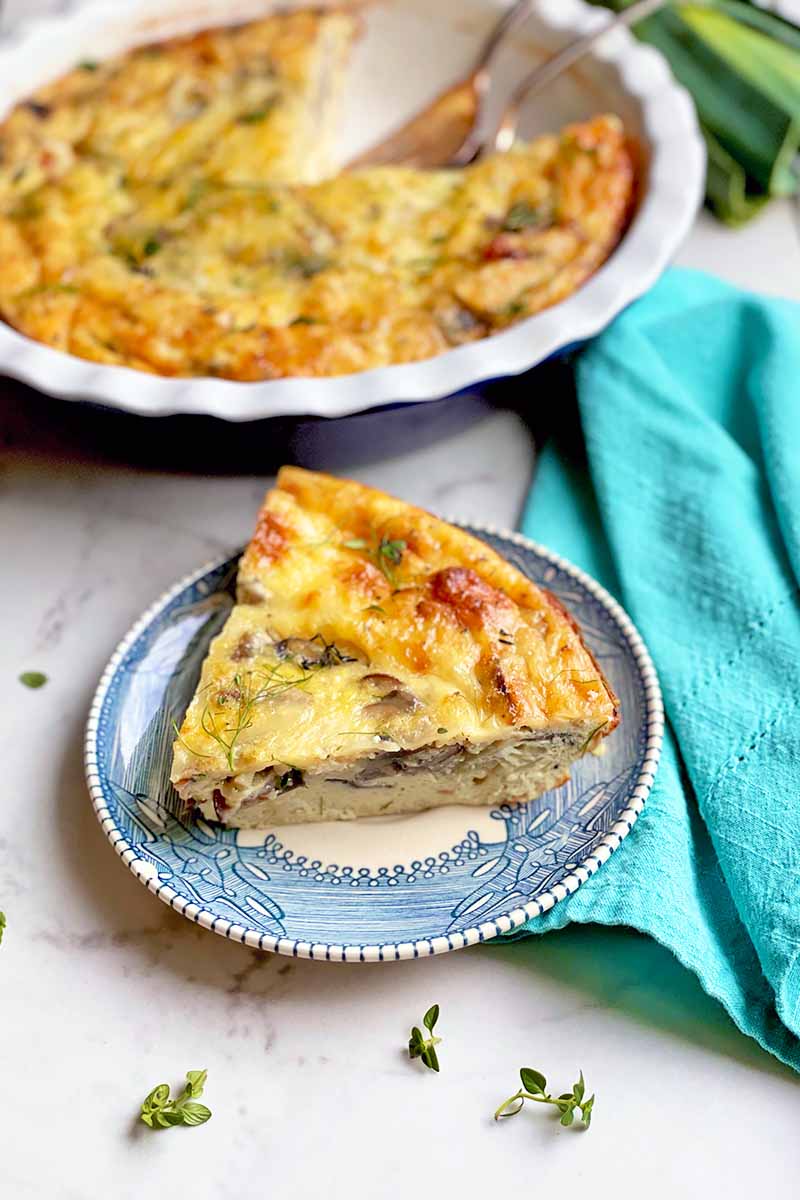 But let’s face it, when you whisk eggs and milk together and heat the mixture, it’s bound to be airy and delightful as long as it’s not overcooked. It’s the fillings that make the meal, and I take full responsibility for the drool you’re about to produce as I describe what we’re working with today.

To me, sometimes the sharp bite of an onion can be a little too much in the morning. That’s when I seek out leeks – a sweeter relative in the allium genus whose buttery character and ability to almost melt when cooked works beautifully with the humble egg.

For some texture, I turn to fennel. The aromatic herby stalks in particular can be overpowering when eaten raw, but the thinly sliced and sauteed bulb is mild and delicious. Also, once it’s cooked, you only get a subtle hint of the fennel’s licoricey, anise-like flavor.

I always keep fennel’s feathery fronds on hand after using the bulb, which sounds like the beginning of a nursery rhyme, but is actually good advice for when you’re out of other types of herbs and need a green garnish. 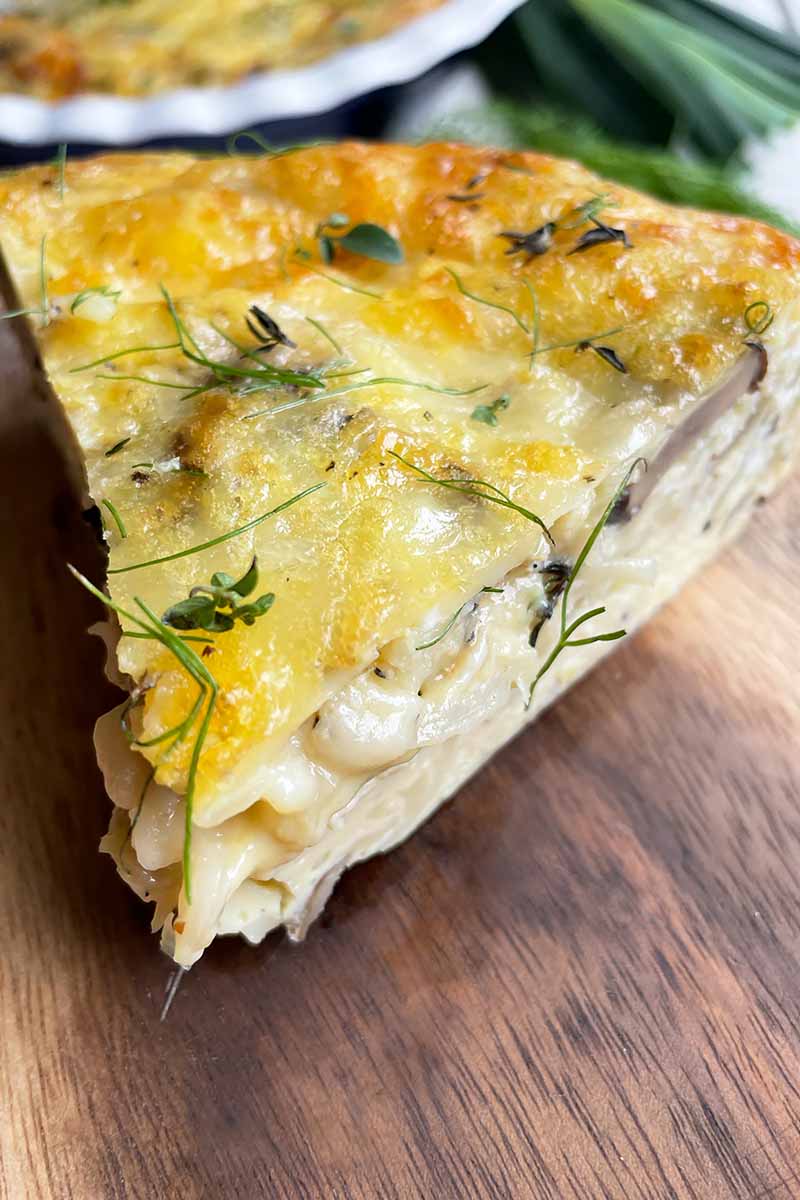 Meaty mushrooms take center stage and provide enticing earthiness, particularly the more gourmet varieties like shiitakes and oysters. Once seared to a crisp in a pool of butter and oil, they flaunt their nuttiness like there’s no tomorrow – a quality that makes them a perfect pairing with sharp cheese.

I get down with the funky pungency of Gruyere, but baby Swiss or sharp cheddar will do if you’re one of those “it tastes like feet” people. It’s hard to replicate fontina’s creaminess, though Havarti comes close.

The basic idea I’m trying to get across? Call only upon bold ingredients to ensure that no bite is boring.

Well, there it is, my mission in life: To ensure no mouth ever encounters a bland frittata again. It’s good to have goals.

This crustless quiche cuts back on the carbs, but loads up on earthy mushrooms, nutty Gruyere, and oniony leeks for loads of flavor.

Preheat the oven to 350°F and spray a 9-by-13-inch glass or ceramic baking pan or casserole dish with nonstick cooking spray.

Remove the stems and thinly slice the mushrooms.

If you can, use wild mushrooms, or purchase less common varieties that are either foraged or cultivated. Most grocery stores carry shiitakes and some carry variety packs that will include shiitakes, creminis, and oyster mushrooms, for example. 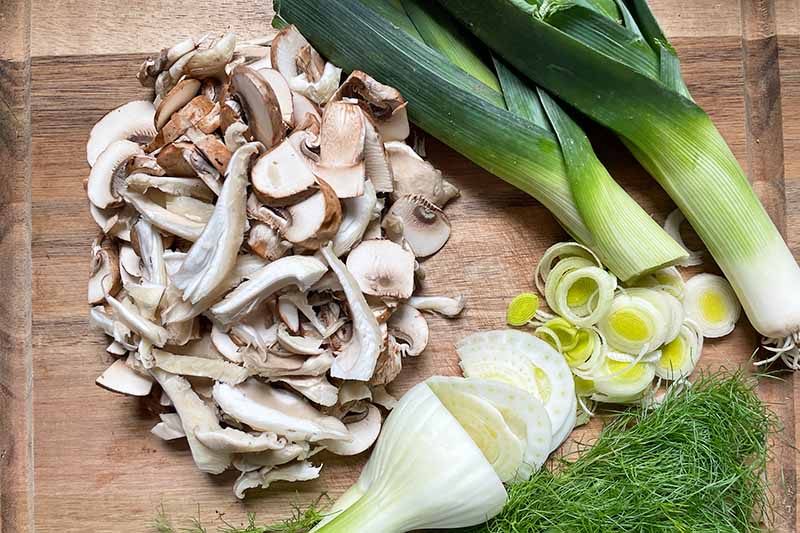 Thinly slice the white and light green parts of the leeks, and then place them in a colander. Rinse under running water to remove any dirt and grit that’s trapped between the layers.

Cut off the ends of the fennel with the wispy fronds and reserve them. They’ll be used as a garnish. Trim off the root end of the bulb, remove any tough outer layers, and then cut it in half. Slice the halves into thin half-moons.

The mushroom stems, dark green parts of the leeks, and green stalks of the fennel can all be saved for making veggie stock.

In a large skillet, melt the butter and heat 2 tablespoons of olive oil over medium-high heat. Saute the mushrooms, tossing them occasionally until lightly browned. This should take about 3 to 5 minutes. 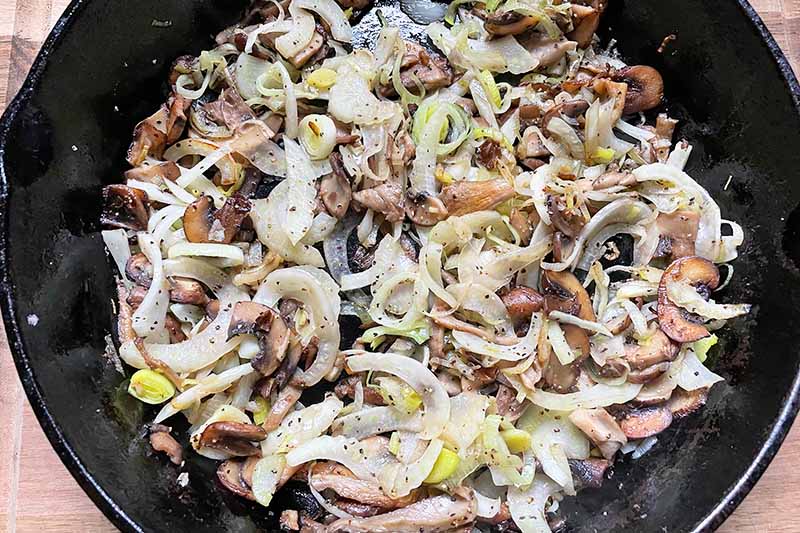 This may look like a lot of mushrooms, but they’ll shrink down. Sauteing the mushrooms before adding the leeks and fennel will help to give them more color since they won’t be overly crowded in the pan, and ultimately, more flavor as well.

Add the remaining olive oil to the pan along with the leeks, fennel, 1/2 teaspoon salt, and 1/4 teaspoon freshly ground black pepper. Cook, stirring often, until the ingredients become very fragrant and the leeks become slightly translucent. This should take about 5 minutes.

Remove the pan from the heat, and allow the veggies to cool to room temperature.

Crack the eggs into a large mixing bowl and break the yolks before whisking. 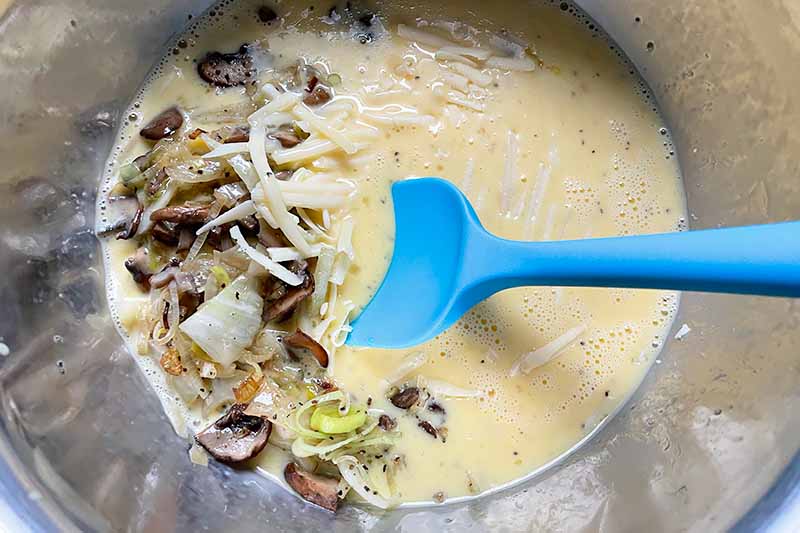 Fold in the cooled mushroom mixture, half of the gruyere, and the fontina. 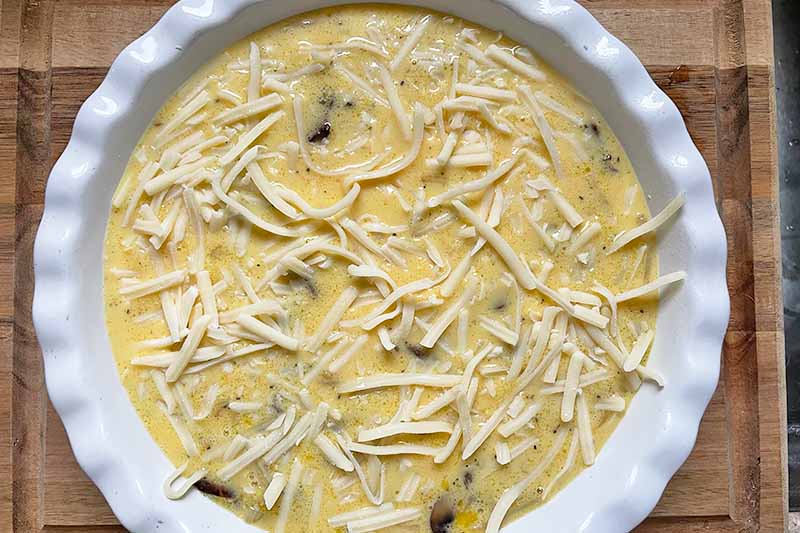 Pour into the prepared baking dish, and sprinkle the top with the remaining 1/2 cup of gruyere.

Bake until the top is lightly golden brown and the eggs are set. The internal temperature should read 160°F when tested with a thermometer, and this will take about 30 to 35 minutes. 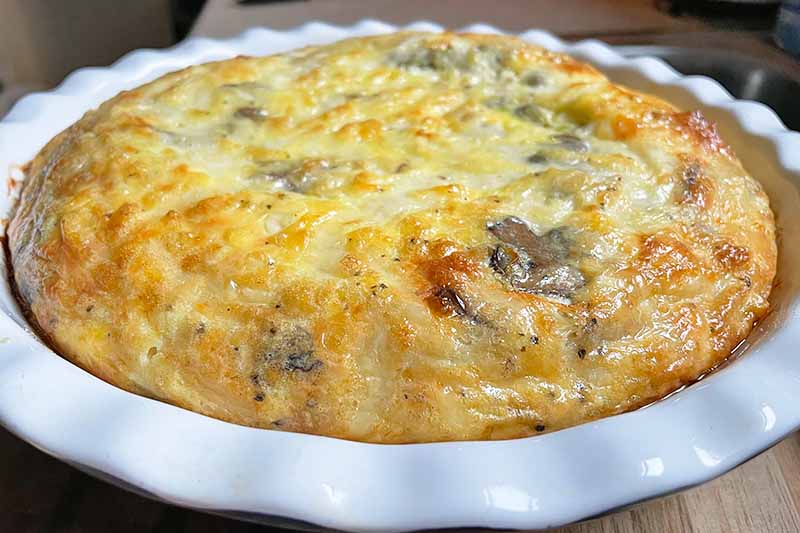 You can also give the casserole a gentle jiggle to test for doneness. If the eggs aren’t done, the middle will still wiggle and appear liquidy.

You can broil the top to finish the frittata if you want a little more color, just keep an eye on it as the cheese can burn easily.

Allow the frittata to rest in the pan so the ingredients can set, for about 10 minutes. 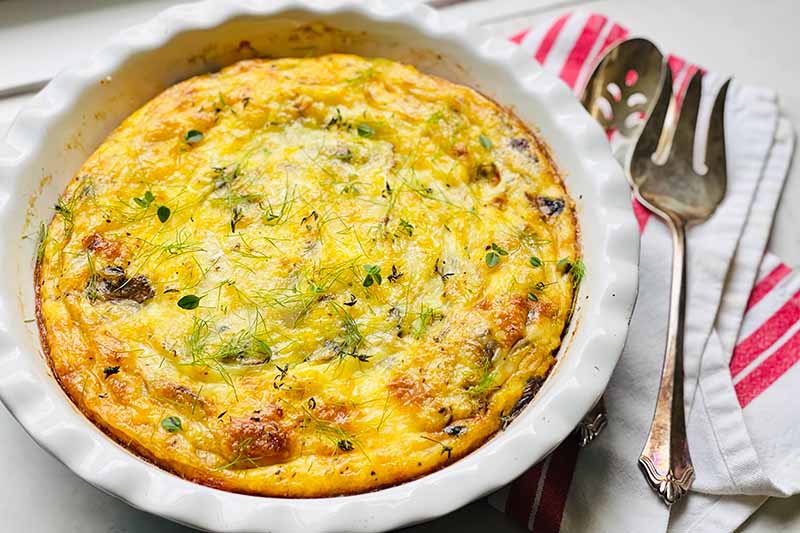 Slice, garnish with the chopped fennel fronds and a few leaves of fresh thyme if you like, and serve warm or at room temperature.

The frittata will keep in the fridge for 3 to 4 days, or in the freezer for up to 3 months. Store in the freezer in individually wrapped portions for quick breakfasts when you’re doing your meal prep.

Whether you call it a crustless quiche, frittata, or Fanny (hey, that’s me!), as long as you make this recipe with your personal taste preferences in mind, there won’t be egg on your face. 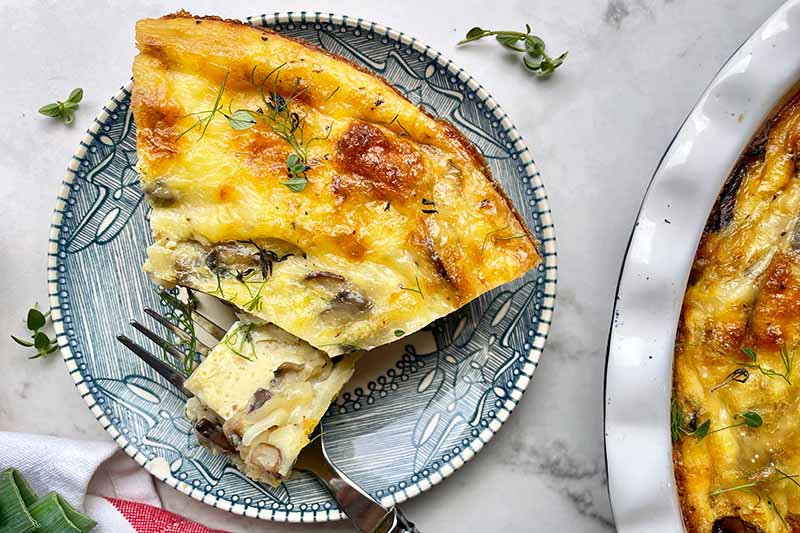 Well, on second thought, hopefully there will be.

Serve it alongside some quick and crispy roasted potatoes, a pile of bacon, and fresh fruit if these eggs are going to serve as part of a brunch extravaganza. If you’ve moved this meal to the dinner table, a simple mixed greens salad on the side makes an elegant pairing.

For more fantastically fluffy frittatas, give these recipes a go next:

Sometimes I like to cook mushrooms, fennel, and leeks in bacon fat to amplify their flavor. How will you take your frittata to the next level? Share your sinful secrets in the comments below! And don’t forget to give this recipe a five-star rating if you loved it. 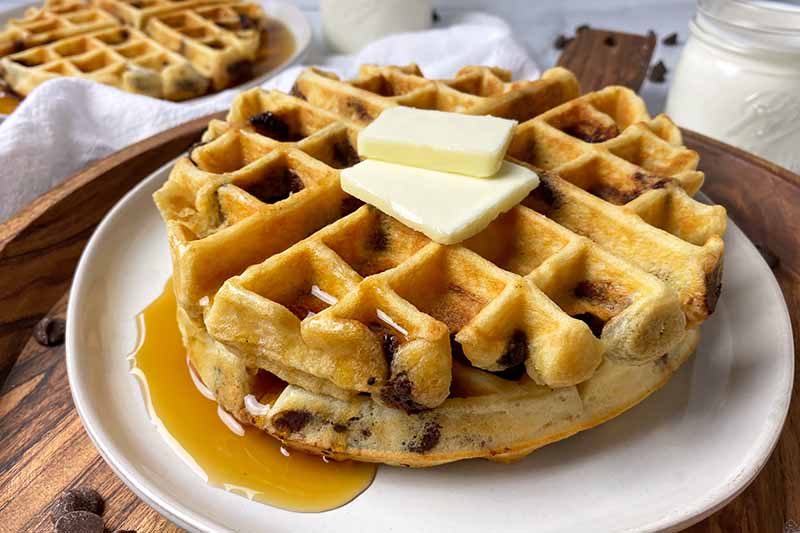 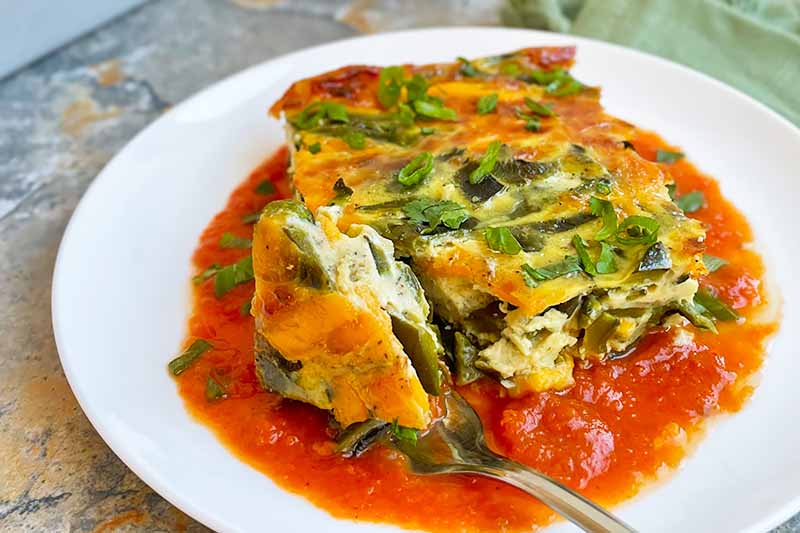 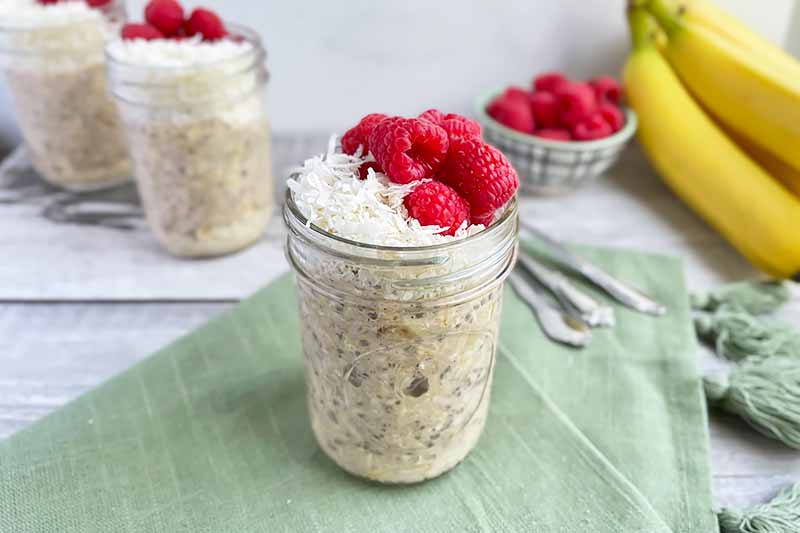