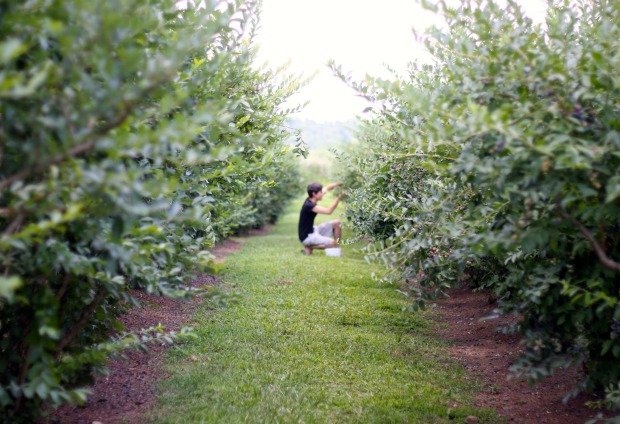 In a world where every company calls itself the leader, and “great customer service” is something of a buzzword, a lot of us have become desensitized to company promises—but this past weekend, about 80 miles south of Nashville, I became a believer once again. At Blueberries on the Buffalo Farm, a small, family-run blueberry farm that is actually a small, one-couple-run blueberry farm, I experienced firsthand such unparalleled kindness from the very people who work the land, I haven’t stopped talking about it since. 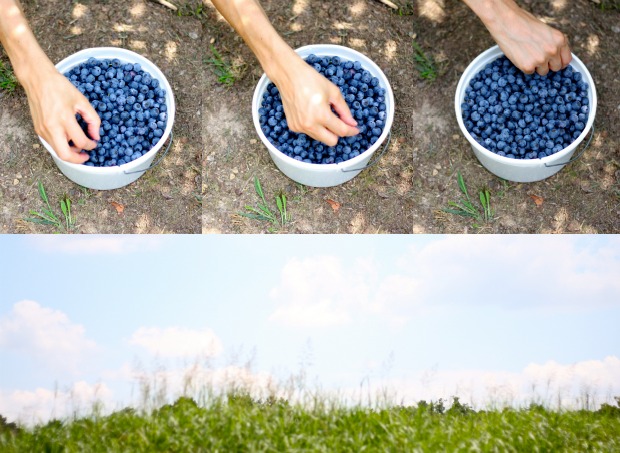 To tell you about this farm, I have to tell you about Dan and Debbie Eiser, the sweet, smiling couple who own and work it. When you arrive at the beautifully maintained Lawrenceburg farm, one or both of them will be waiting for you, either outside with buckets or in the office building, behind the desk, bagging up berries for other customers and talking to wide-eyed children about feeding the catfish in one of their two fully stocked ponds. Dan, a virtual human encyclopedia of blueberry knowledge that he’s just waiting to pour out on you, is like a college professor, but with pants held up by suspenders, a gray head topped by a baseball cap and thick arms bronzed from days in the fields. I’d talked to Dan a few times before coming, both via email and in a 20-minute phone conversation on the morning of the Fourth of July in which he not only advised me not to come because of the heavy rain but also schooled me a little on how to pick a ripe berry, but when we walked up to him Saturday, I wondered if the down-home friendliness could be a real thing. 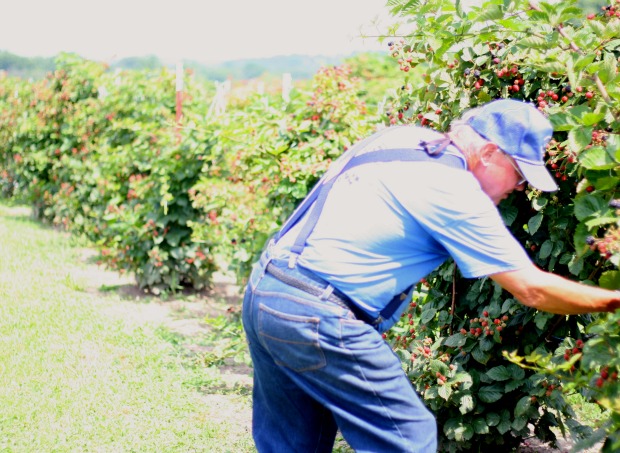 “We tell the kids, ‘If it holds on tight, it’s not yet ripe!'” Dan says to the group of us, before sending us out into the field. He’s already let us into his own home to use the restroom and then gathered up white one-gallon buckets, distributing one to each person, and now he’s giving us a tutorial/pep talk about picking berries at their prime. The Eisers grow four different cultivars of rabbiteye blueberries (chosen for being more resistant to drought as well as Japanese beetles), and each variety is marked by a designated color of fabric tied to a post at the end of a row. Dan tells us which types are the sweetest and which rows have the most unpicked, ripe berries left. “Remember, you want to take the berry between your thumb and forefinger and roll it right off,” he tells us about picking. “The ripe ones will be blue and sweeter. Taste as many as you like!” 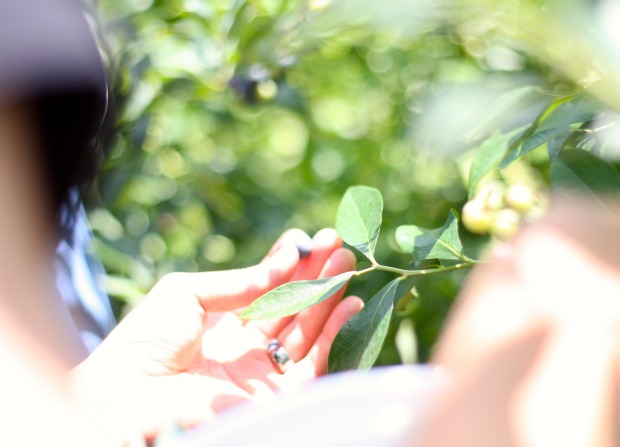 At various moments in the hour or two we spend in the rows of berries, Dan or Debbie pops up, chatting with us about the farm and about what goes into caring for the bushes. “We knock the June bugs out into hot, soapy water,” they tell us, explaining how they’ve already knocked hundreds off the blackberry bushes, which aren’t yet ready to be picked this year. When one of us marvels at all the work that goes into the fields, Dan nods and laughs. “You’ve got to be crazy to do this!” 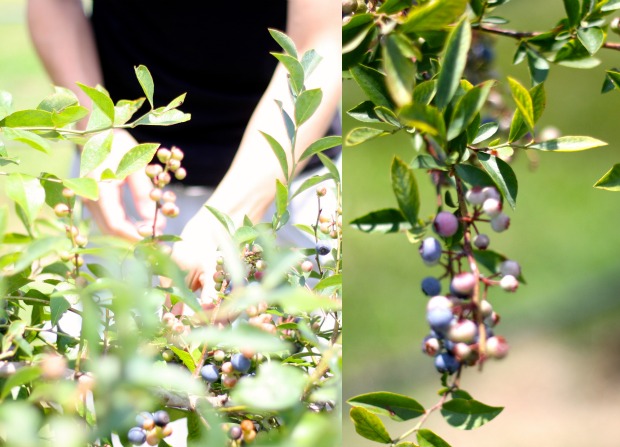 I ask Dan why they do it. Why farm blueberries? Why open your fields up to customers? What’s in it for you? At this point in our lives in Nashville, Tim and I know enough hard-working farmers to know about farming as business and farming as a social movement and farming to become somebody well-known. But to Dan, it’s all about the pleasures of a job well done, of seeing your work pay off, of watching the beauty of blueberry bushes thriving on your land. Also, maybe more than that, it’s about the people.

And you don’t have to spend much time with Dan at all to see, he means it. 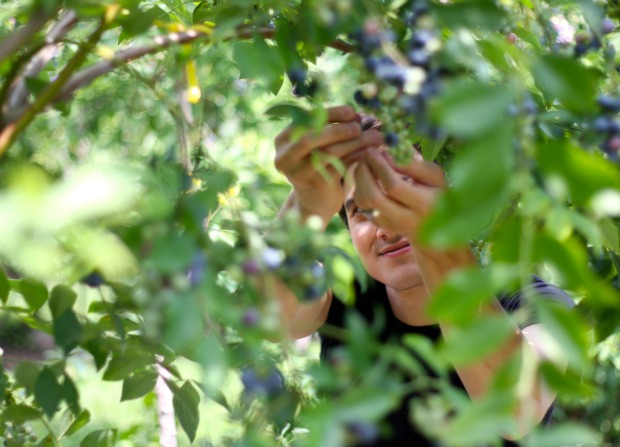 My friend Christina is with us—she’d visited last month with her husband, Zach, and written an article for Bearings describing the experience—and Dan remembers and hugs her when he sees her. He asks each of us where we’re originally from, and I find out he and I share Chicago roots. At one point, out amongst the rows of blueberries, he and Christina on one side of the bushes, Tim and I on the other, he gets so wrapped up talking to us, he starts picking berries with us, throwing the extras in our bins. 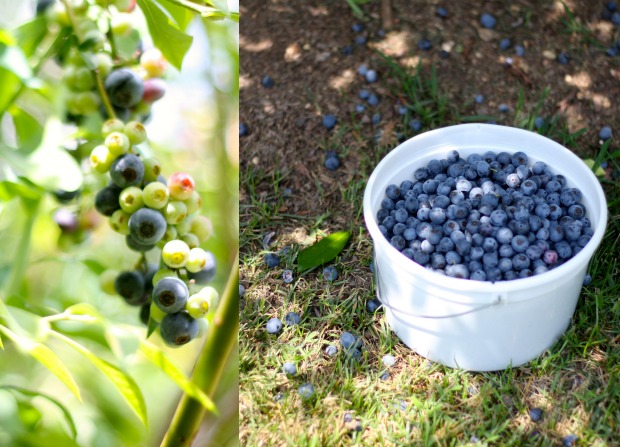 We’re amongst the blueberries for quite a while, walking the rows, crouching down beneath bushes, gently pushing back branches to reveal thick clusters ready to be picked. When we finish, we’re hot and sweaty and tired. Dan lets us feed one of the catfish pools; he walks us through his garden; then, he sends us home with clippings from his herb bushes and three beautiful zinnia bouquets. Standing by the trunk of our car with us, carrying some of the extra bags of blueberries, he sees we need ice for the trip home, and he rushes off to his house to grab some. 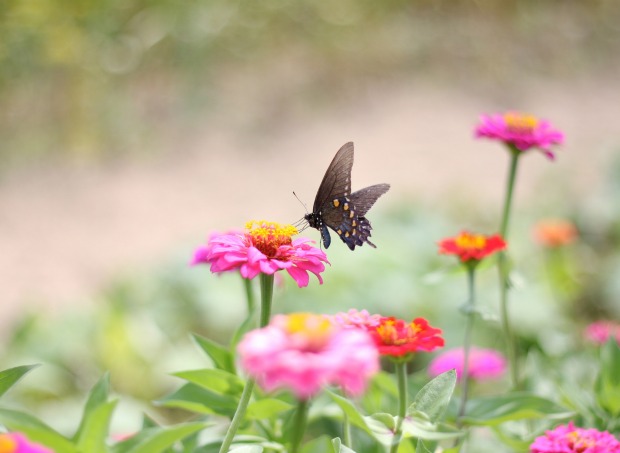 The drive home is quieter than the one there. It’s been a full day, and our heads are busy with berry bushes and kindness and the good side of small-town life. When we return home that night, our friends leave, and we shower, and we survey the fat bags of blueberries now stocking our fridge. I tell Tim about a blueberry buckle I used to like in my college dining hall, and while I assemble ingredients, he runs out to grab butter from the store. 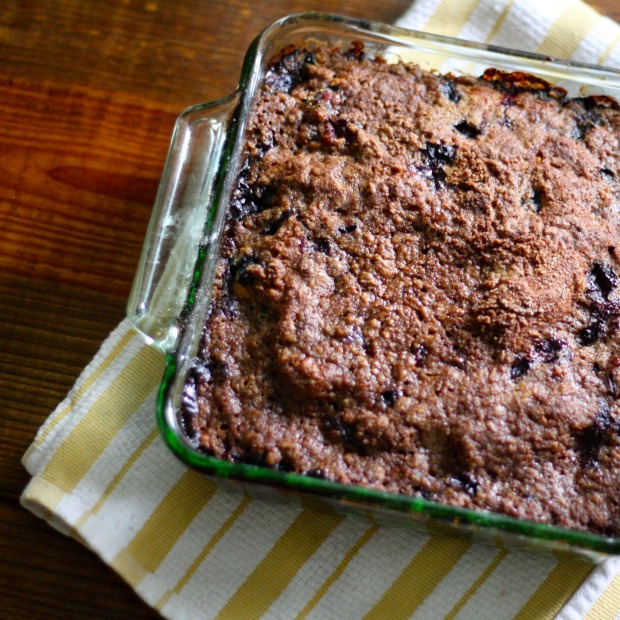 Taking a version I see on A Family Feast and adapting it with coconut sugar, coconut oil, einkorn flour, and kefir, I bake an eight-by-eight-inch pan of the softest, spongiest, most berry-stained blueberry coffee cake I’ve ever seen. Using the alternate ingredients makes the streusel topping darker and more caramelized, and using Dan’s fresh blueberries makes the filling explode with bursts of deep indigo. 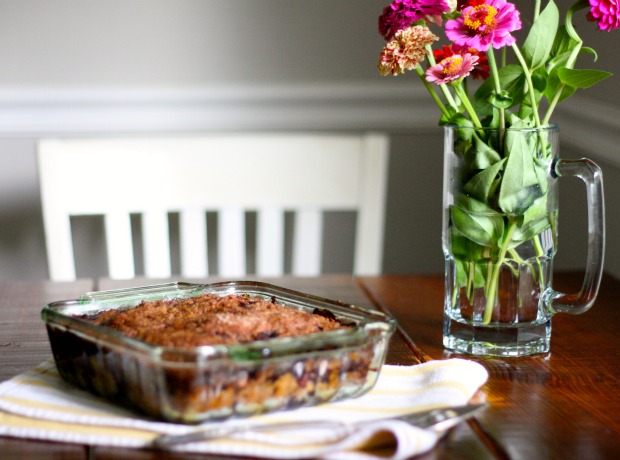 We scoop hefty slices onto plates, steamy and sweet, and each eat one; then, another; then one more. 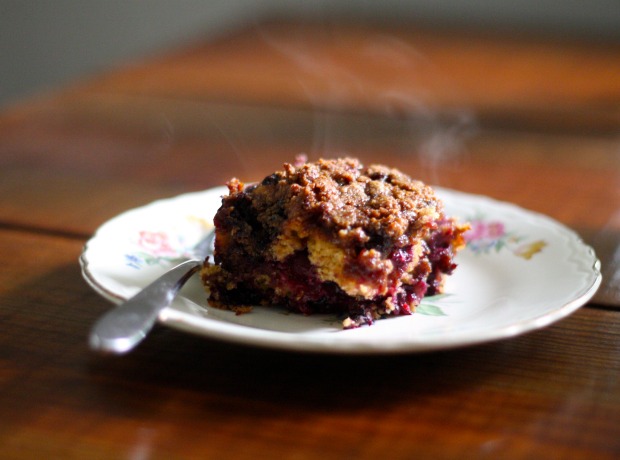 Sunday morning, I’m telling a friend about the experience—and that’s the right word for it: experience—and how I was so amazed by the open-handed generosity we received. Dan and Debbie treated us like trusted friends; and, in our afternoon there, we saw them treat everyone that way. Dan told me, on our phone chat on the Fourth of July, that they’ve had offers from happy customers to buy out their stock each year; this means that they could, in effect, farm the bushes and have a predetermined, ready sale on hand. But they always turn those offers down. They’re not growing blueberries to be rich; like those who pursue the creation of so many other works of art, they’re in it for greater rewards.

In adapting this recipe, we swapped out many of the ingredients for more nutritional options, like sugar still attached to its minerals and unrefined flour that’s never been hybridized. What resulted was different from the original recipe, but, like Blueberries on the Buffalo Farm, it was so, so good.

Directions:
Preheat the oven to 375F. Butter and flour an 8X8 square pan and set it aside.

In a separate bowl, mix einkorn flour, baking powder, and salt. Add this dry mixture to the large bowl of wet ingredients, and mix until well combined. Fold in the blueberries.

Spread the blueberry batter into the prepared pan, and spread evenly.

In a small bowl, combine the topping ingredients (coconut sugar, einkorn flour, cinnamon, and cubed butter). Sprinkle these toppings all over the pan of blueberry batter.

Bake buckle for 45 minutes, until a toothpick inserted into the cake mixture comes out clean. 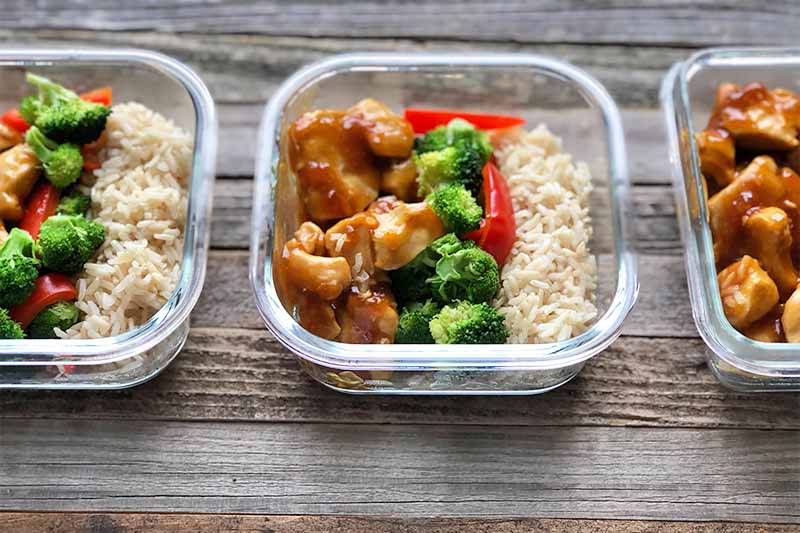 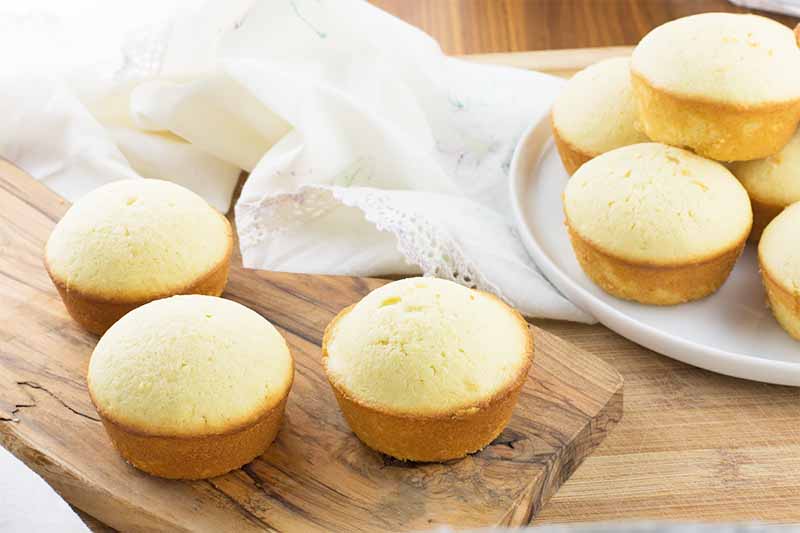