I made dinner for my friend the other night, and as I was handing her containers of soup, crackers, bread and my first-ever almost-all-natural chocolate cake, I found myself prefacing each item with an explanation-turned-apology, in that way that starts out humorous and becomes borderline obnoxious. 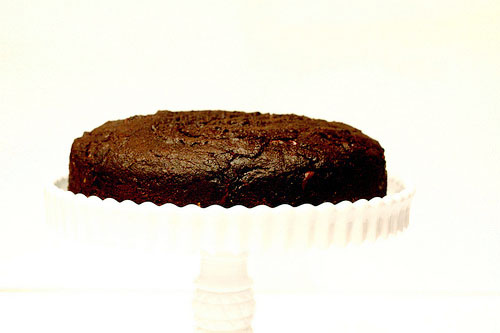 Do any of you do this? I am desperate to stop.

The potato-and-onion soup should have been thicker, I told her, so that’s why I added the carrots and zucchini and, you know, it’s normally not like this; the bread — well, I think my yeast must be bad because it never rose fully, so it tastes fine but is pretty dense; oh gosh, I am sorry about the crackers, which were supposed to be last-minute substitutes for the bread (or really, substitutes for substitutes for the bread, via great recipes sent to me by Tara and Celeste that I ended up not having all the ingredients for) and I don’t know why they turned out more like crackers that bread, you don’t have to like them; and oh ok, the cake — look, I’m eating unprocessed, whole foods more now, and this is a healthier cake, so don’t expect much — and on it went.

Even typing it now is painful, so you can imagine how my poor friend felt while it was happening. 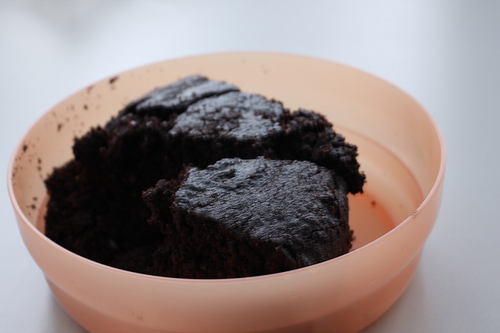 But even worse than the fact that I was letting my insecurity and pride at wanting someone to think I make only delicious things put my friend into the incredibly awkward situation of trying to make me feel better about food that I had made her for the very same reason was the issue of the food in question: while yes, the bread and crackers had been disappointing, the soup was perfectly good and the cake, while healthy, actually tasted like pudding cake when warm and, combined with some light and sweet homemade whipped cream, did not deserve any of the ho-hum expectations I was putting upon it.

So the facts are this: this chocolate cake recipe uses whole wheat pastry flour (remember that?) instead of bleached white all-purpose; pure maple syrup instead of sugar; and other ingredients like coconut milk, which I’ve never used in a cake before (or actually, ever, in anything). And I call it almost-all-natural because I did still use Dutch-processed cocoa powder while it’s better to use non-Dutched, and my baking powder does still have aluminum in it, while I don’t think I will ever buy that kind again (as you can surmise, there is another battle in my kitchen: frugal vs. healthy; nobody’s really winning.

However, I did read you can make your own non-aluminum baking powder, in the David Lebovitz article I just linked to).

It was the Dutch-processed cocoa that gave my version of this cake its jet-black color, crumbly like potting soil, which meant that even more so than when I made those sparkling cookies of a few months back, I half-expected a red geranium to pop out of the top, particularly because my nine-inch round cake looked an awful lot like the size of a large planter. 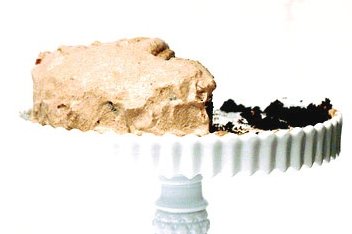 Studded with bittersweet chocolate chips throughout, this chocolate cake has been best warm, either fresh from the oven or set on the counter to return to room temperature for a few minutes. Would I say it is as good as a typical chocolate cake, the kind that’s smothered in frosting and light and velvety to taste?

No. It took me a little getting used to (as did that maple blueberry coffee cake, you may remember), but it’s not bad.

If you’d like a slice, I will try to hand it to you, without caveat, and let you tell me what you think.

**One added note about the frosting; after you’ve added it to the cake, the whole thing needs to be refrigerated!

Directions:
Preheat oven to 350F degrees with a rack in the middle. Butter and flour an 8×8 square cake pan (I used a 9-inch round instead, which worked well).

Sift the flour, cocoa powder, baking powder and salt into a large bowl. In a separate medium bowl, whisk together the melted butter and maple syrup until it looks like the color of caramel.

Whisk in the eggs, vanilla and then the coconut milk. Pour the wet mixture over the dry mixture, and stir until barely combined.

Add the chocolate chips and stir until everything comes together and is no longer dusty looking, trying to avoid over-mixing. Pour the batter into the prepared baking pan and bake for about 40 minutes (give or take, depending on what size pan you choose). Heidi recommends leaving the cake a little under-baked, where the toothpick tester has a little on it still, so I followed that advice, particularly because of all the chocolate chips throughout.

Remove from oven and allow to cool (absolutely completely) in pan before frosting (frosting recipe below). I went ahead and turned it out onto a cake platter, so I could frost the sides, too, but that is definitely optional.

You can use several different frosting types including old fashioned cocoa fudge, a chocolate version of buttercream, or even chocolate ganache. 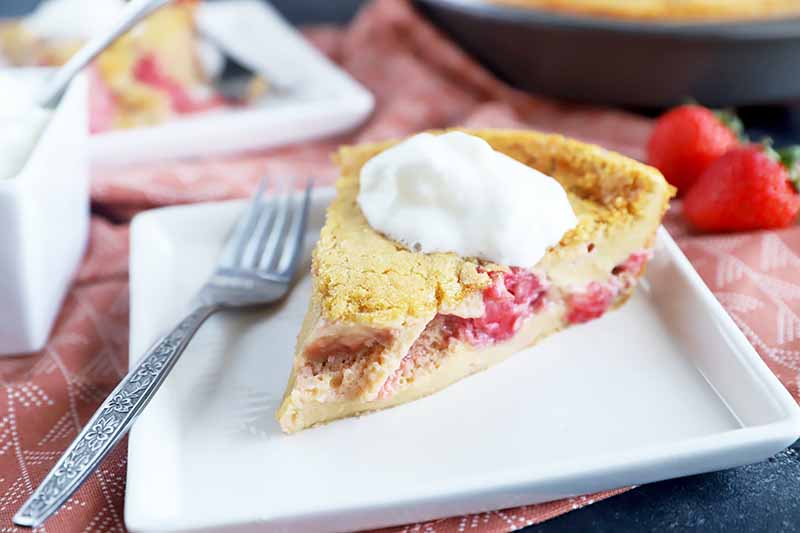 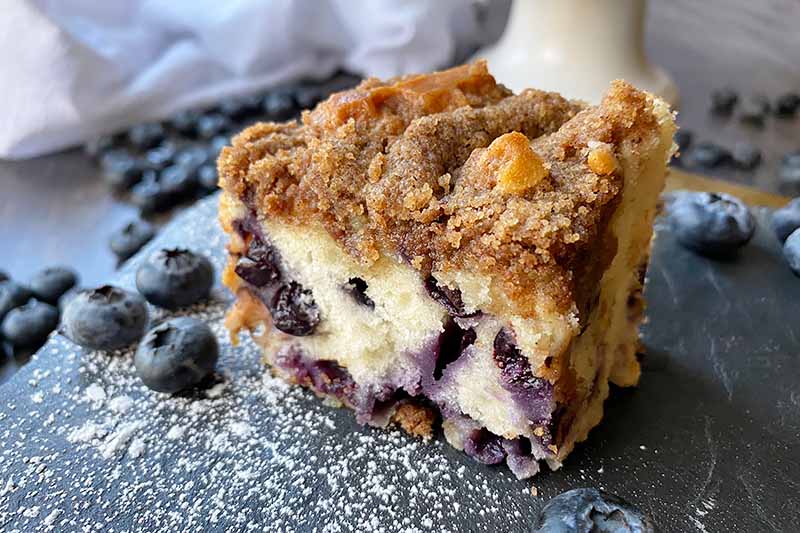 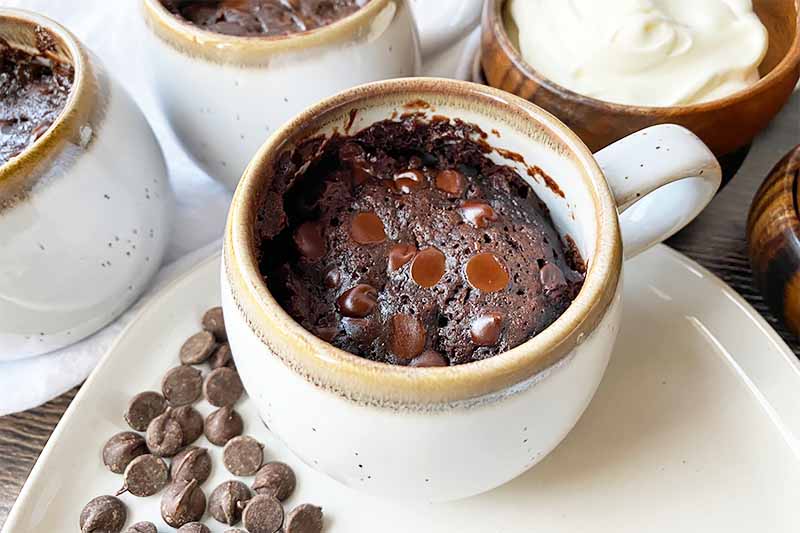 37 thoughts on “Whole Grain Chocolate Cake: And Yes, You Can Eat It Too!”