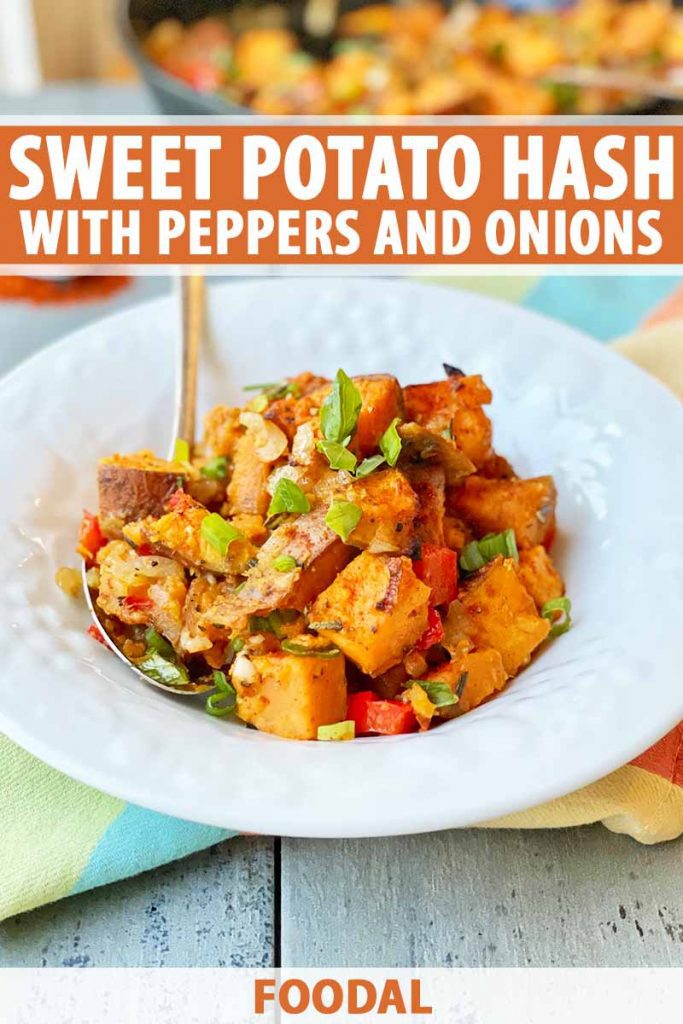 Since sweet potatoes are an excellent source of vitamins, minerals, antioxidants, and fiber – not to mention the addition of heart-healthy olive oil and veggies in this hash – this recipe is a rock star when it comes to nutrition. 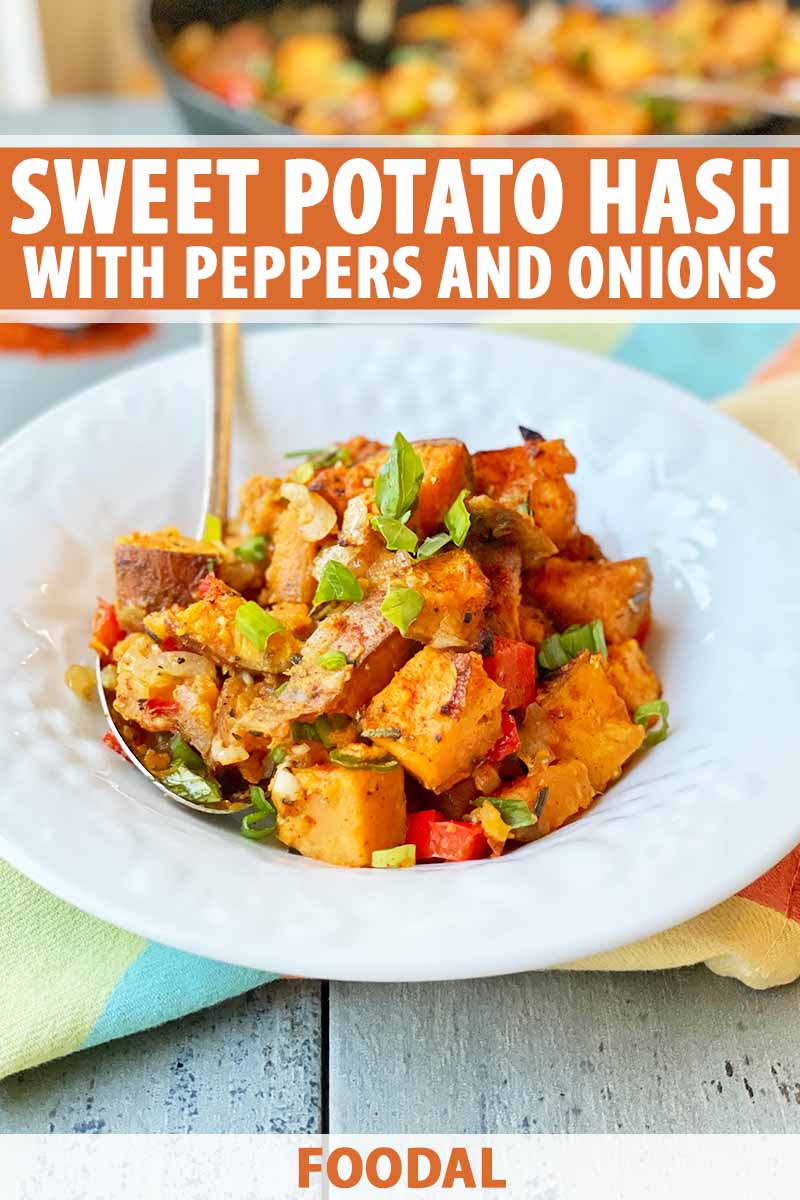 Are you now wondering how soon you can come face-to-face with this heavenly hash?

You’re in luck! The answer is very soon, since this dish is a cinch to pull together. The big secret is in the parboiling, and I’m here to tell you why.

As usual, it begins with a story (which I’ll do my best to keep brief).

I was born on a cool winter morning in October…

This is a story from college. One weekend, my then-boyfriend, his roommate, and his roommate’s then-girlfriend-of-the-week decided it would be fun to travel to a nearby beach town and sleep in a trailer. 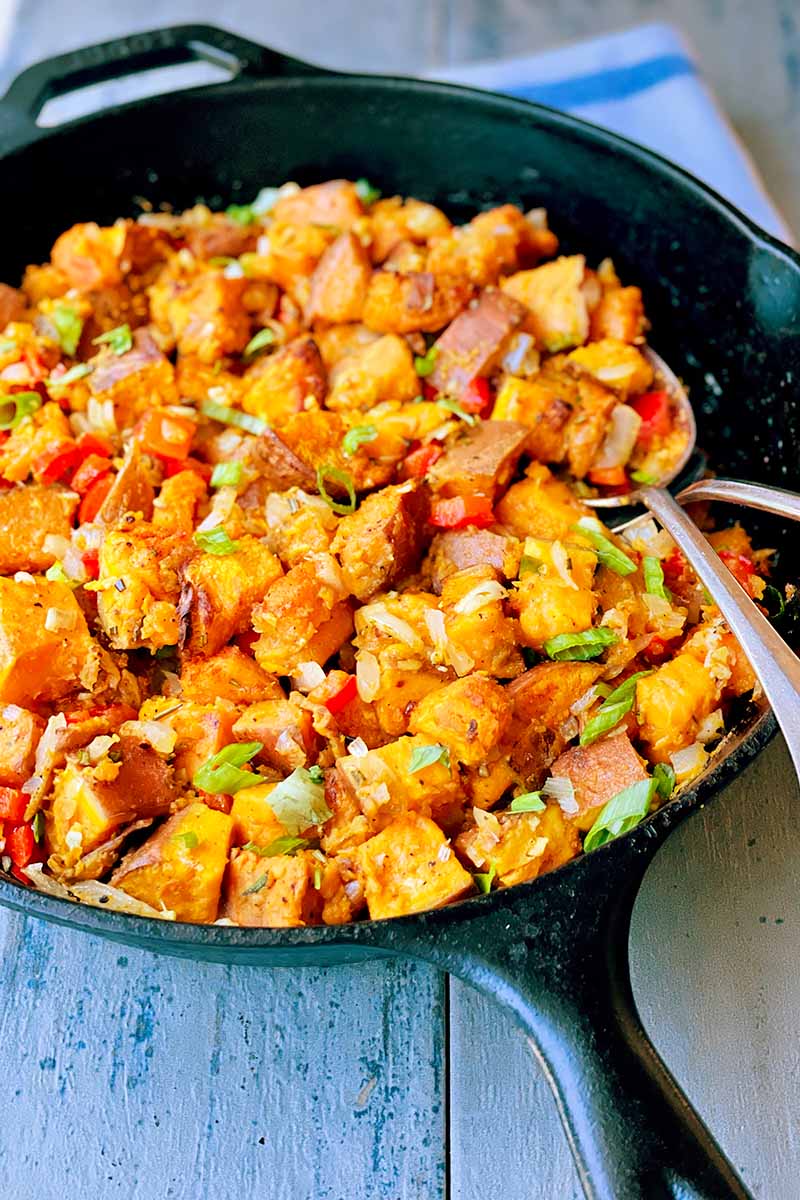 Well, at the time, I didn’t much mind taking a cold shower and having beer for breakfast. My idea of a good time has changed a bit since then.

But this happened to be around the period when I was beginning to explore my newfound passion for cooking, so I volunteered to assemble Saturday brunch for the gang, and spent the early morning cubing the veggies in a kitchen the size of a medium cutting board. I knew that as long as I had salt, paprika, and garlic on hand, I could make this work.

I stood over a lightly smoking skillet for nearly an hour, drizzling in far too much oil, shaking the pale cubes in a fury, taste testing, and downing whatever room-temperature brew was gracing the inside of my Solo cup.

I couldn’t figure out why the exteriors of the hash browns were getting color, but the insides still tasted practically raw. This was the weekend when I learned the very important lesson of parboiling potatoes. I also became acquainted with that riddle about beer before liquor…

Life as I knew it was never the same, for several reasons. 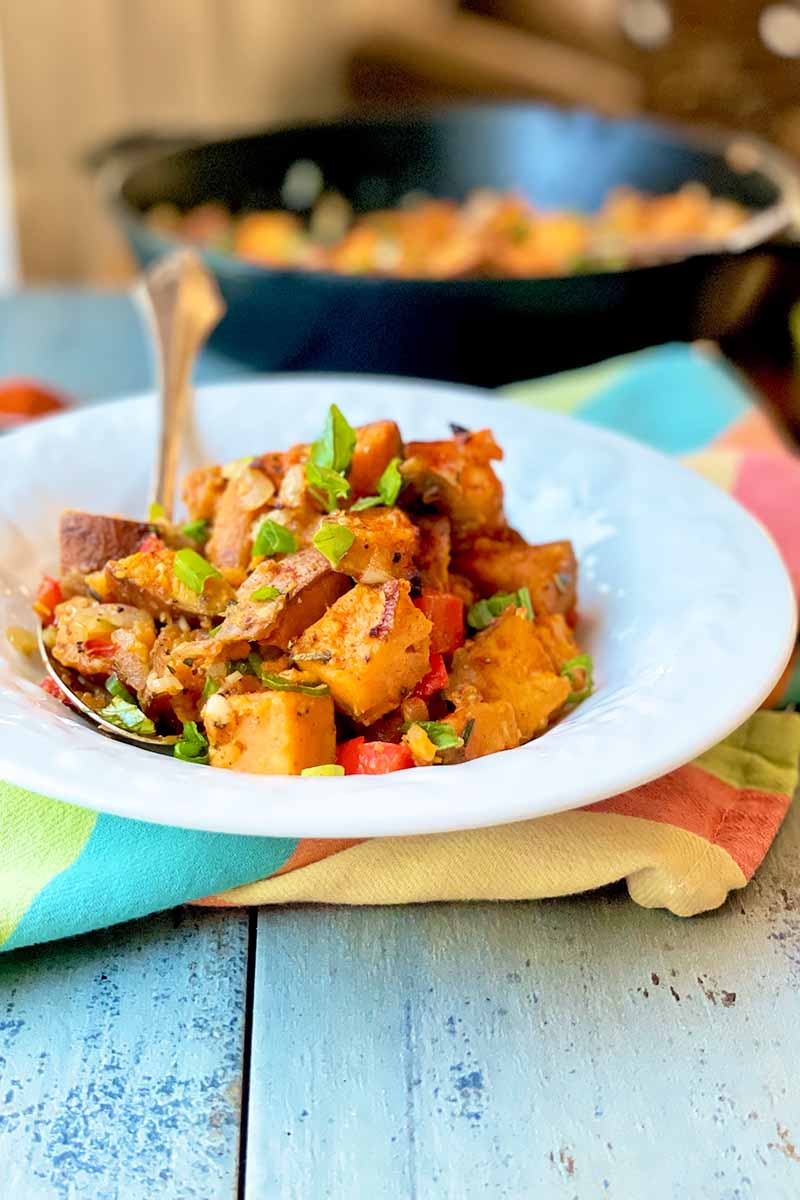 Parboiling allows the insides to become tender, so the outsides can be sauteed to a glorious golden-brown hue in whatever time they need – which usually isn’t long, hence the reason you want them to be par, or partially, cooked first.

This is the method that leads you to those crispy-on-the-outside, fluffy-in-the-middle morsels you get at a restaurant.

With the skill of parboiling now under your belt, you can explore all of the many potato possibilities under the sun.

Wow, what a day you’re having!

This orange tater creation features several of my favorite ingredients to intertwine with a starch: veggies and herbs.

Not only do bell peppers add another layer of brightness to the dish, but their sweetness mimics that of the sweet potato. Garlic and onion bring the savory notes, while smoky paprika brings complexity and more color. 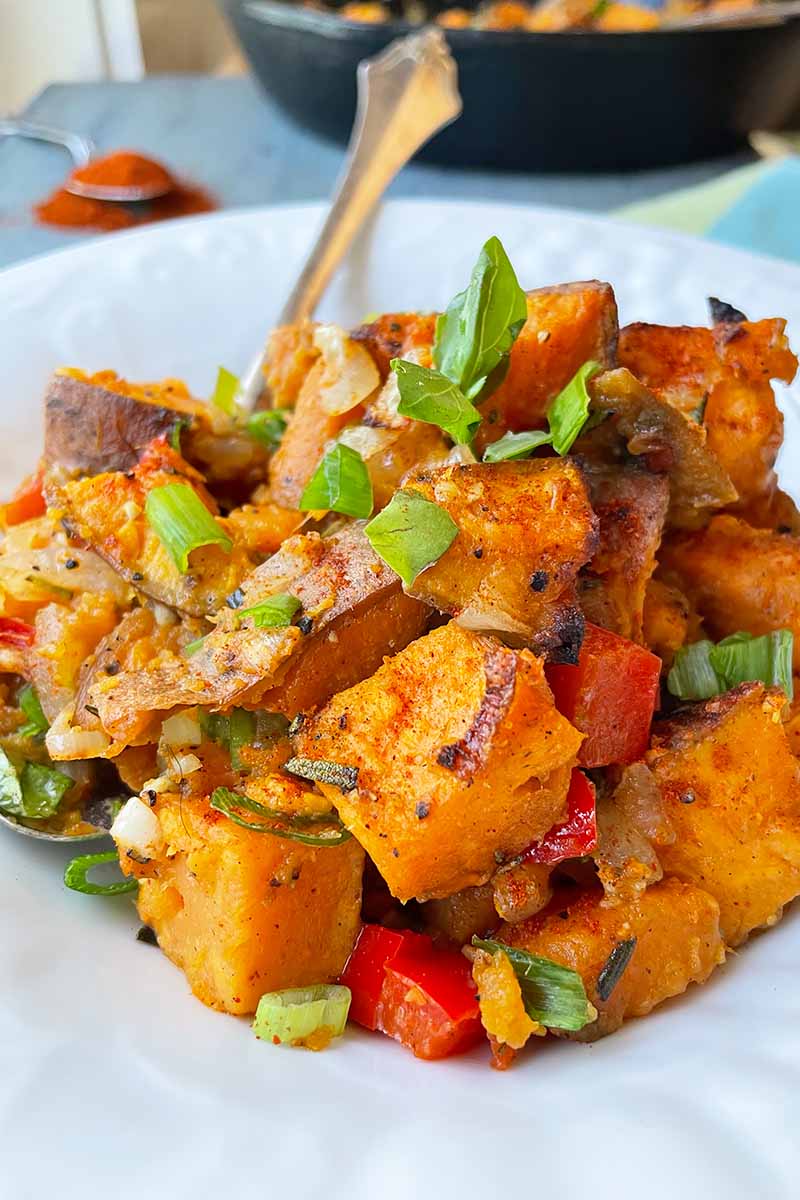 And as soon as the herbs hit the piping-hot hash, their pungent perfume is released into the air, and the kitchen angels begin to sing.

I may not have had all of this knowledge (or these ingredients) on hand for that past potato experience, but each culinary adventure was a step towards becoming the kitchen stud I am today.

For a versatile side that pairs with just about anything, try this sweet potato hash studded with crunchy bell peppers and fresh herbs.

Step 1 – Prep the Veggies and Herbs 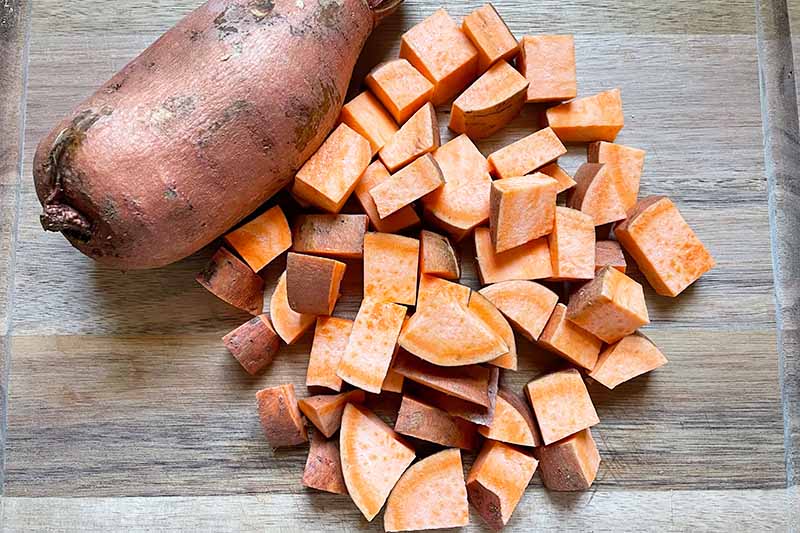 Scrub and chop the sweet potatoes into bite-size cubes. Perfect cubing isn’t necessary, but the most important thing is making the pieces all about the same size so they cook evenly. 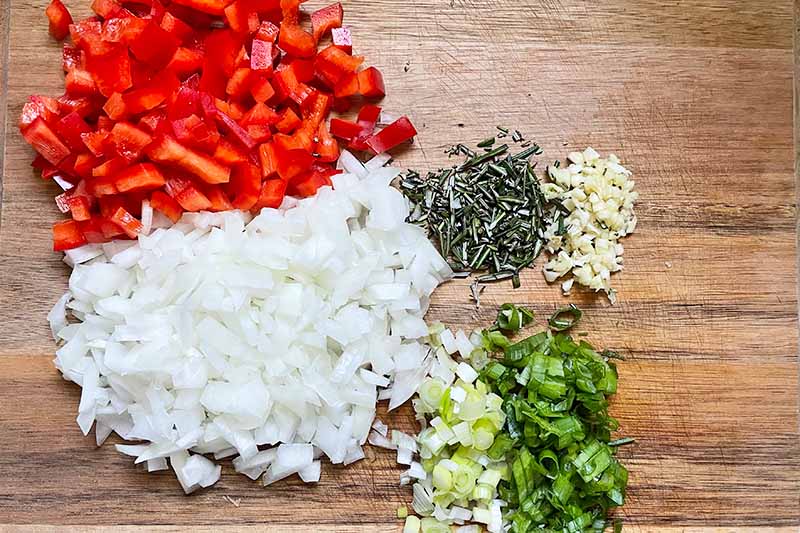 Chop the bell pepper, onion, and green onion, and keep the white and green parts separate. Mince the garlic. Chop the rosemary and basil.

Add the sweet potatoes to a large saucepot over high heat and cover with water. Bring to a boil, and then season the water with a large pinch of salt. Reduce the heat to medium and simmer until they are fork tender, for about 5 minutes. 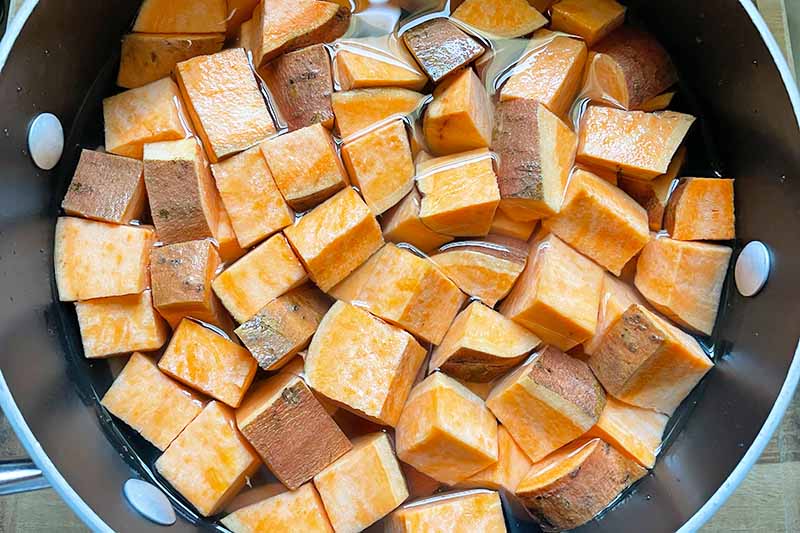 Parboiling the potatoes allows the insides to soften so you can get a nice crust on the outside when they cook in the pan, and you don’t have to worry about the interiors not being cooked through.

Drain in a colander, and pat the sweet potatoes dry. The drier they are, the better. This way, they will saute in the pan instead of steaming.

Step 3 – Build and Season the Hash

Place a large skillet or cast iron pan over medium heat. Add 2 tablespoons of the olive oil and swirl to coat the pan.

Add the potatoes in a single, even layer and cook, without touching them, until the side making contact with the pan is golden-brown and developing a light crust. This will take about 3 minutes. 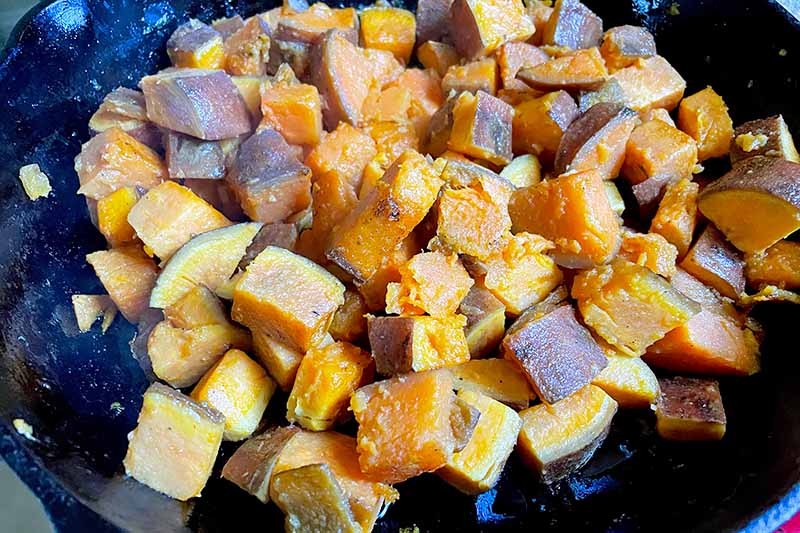 You want them to get a nice, crisp crust on them, which provides added texture.  If any of the ingredients are too mounded together in the pan, the hash will steam instead of sauteing.

If you don’t have a skillet that’s large enough to spread the sweet potatoes out in a single layer or to fit the other vegetables in the pan as well, you can do this in two separate batches, or use two pans to prevent crowding. 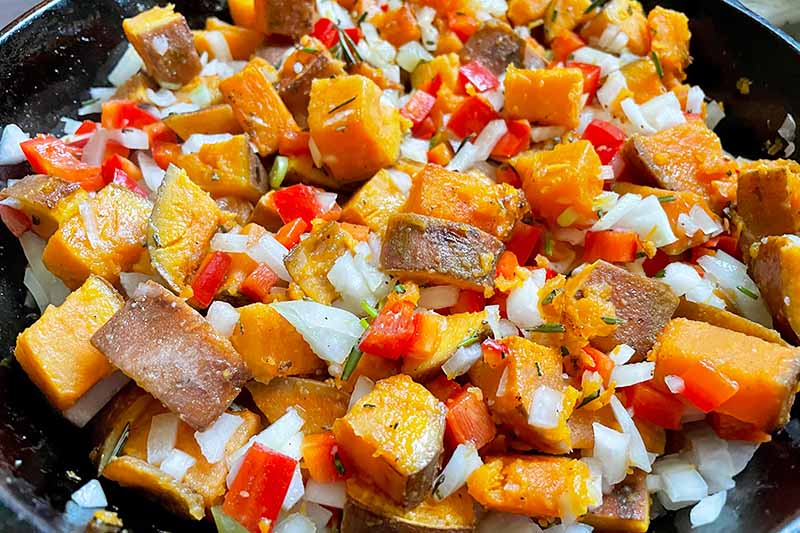 Toss the potatoes and then add the remaining tablespoon of olive oil to the pan with the peppers, sweet onions, and white parts of the green onions. Season with 1 1/2 teaspoons of salt, and the black pepper, paprika, and rosemary. Stir to combine.

Saute, tossing occasionally, until the onions are translucent and the potatoes begin to get a light brown crust, for about 5 to 8 minutes.

Add the garlic. Cook until the garlic is fragrant and very lightly golden but not browned, for an additional minute or so. Add another tablespoon of oil if anything is sticking to the pan. 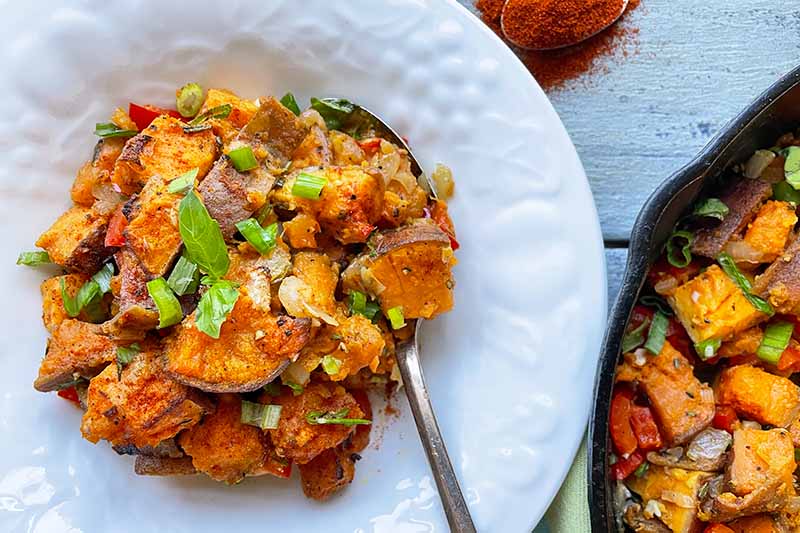 Season the hash to taste with additional salt if necessary, toss with the basil and green parts of the green onions, and serve.

I bet you’re wondering what to do with this hash other than just greeting it with a fork.

A perfect fried egg with yolk dripping into every crevice is the obvious choice, but scrambled eggs (I like mine soft and fluffy with extra cheese) also pair super nicely with this recipe.

However, who said hashes have to live at the breakfast table?

Roast chicken, simple seared fish, or your favorite protein would make a foolproof partner to this veggie side, and an exquisite dinner.

Craving even more creations where sweet potatoes are the star? Give these starchy recipes a shot next:

If basil doesn’t do it for you, try tossing in another delicate herb at the end, like fresh parsley or dill.

How will you tailor this hash with your favorite flavors? Share your tasty tricks in the comments below! And don’t forget to give this recipe a five-star rating if you loved it. 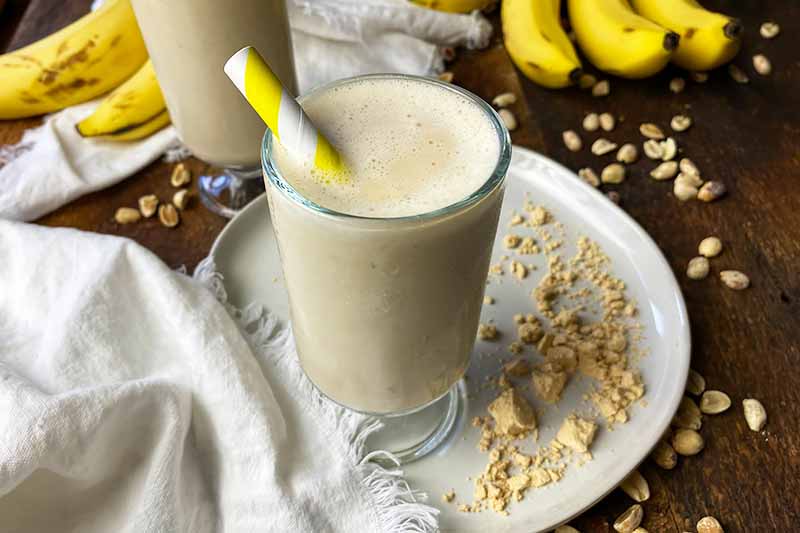 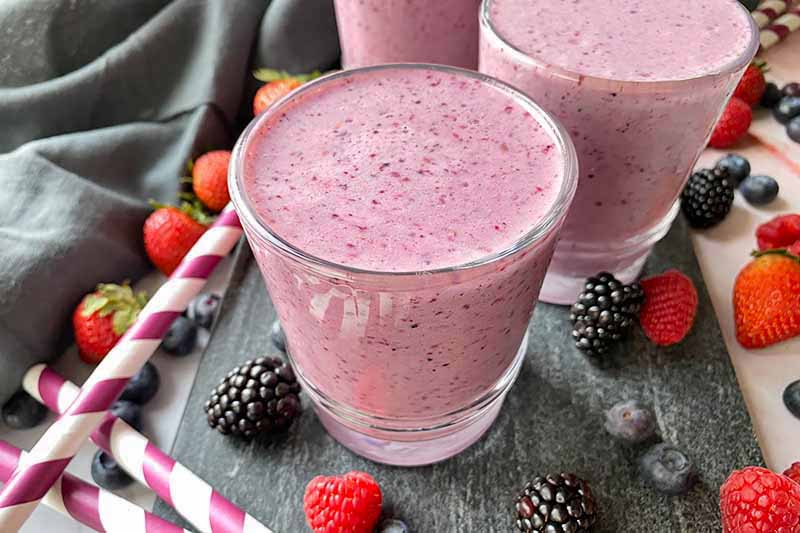 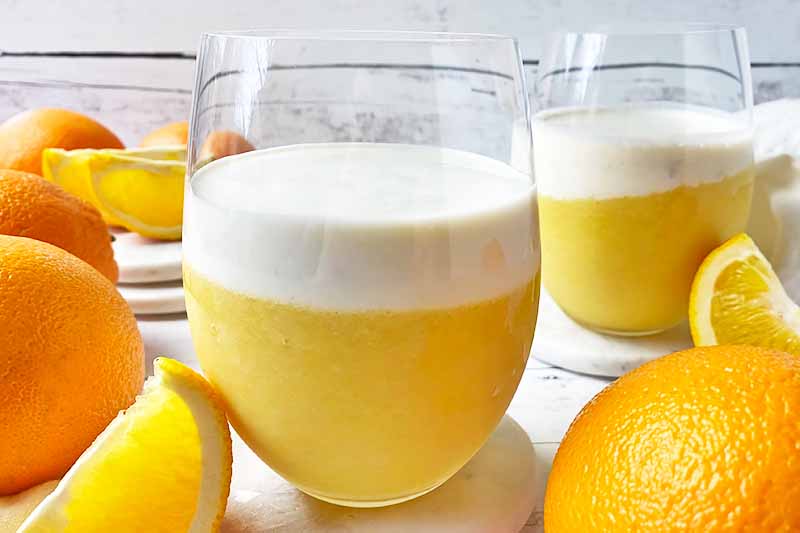