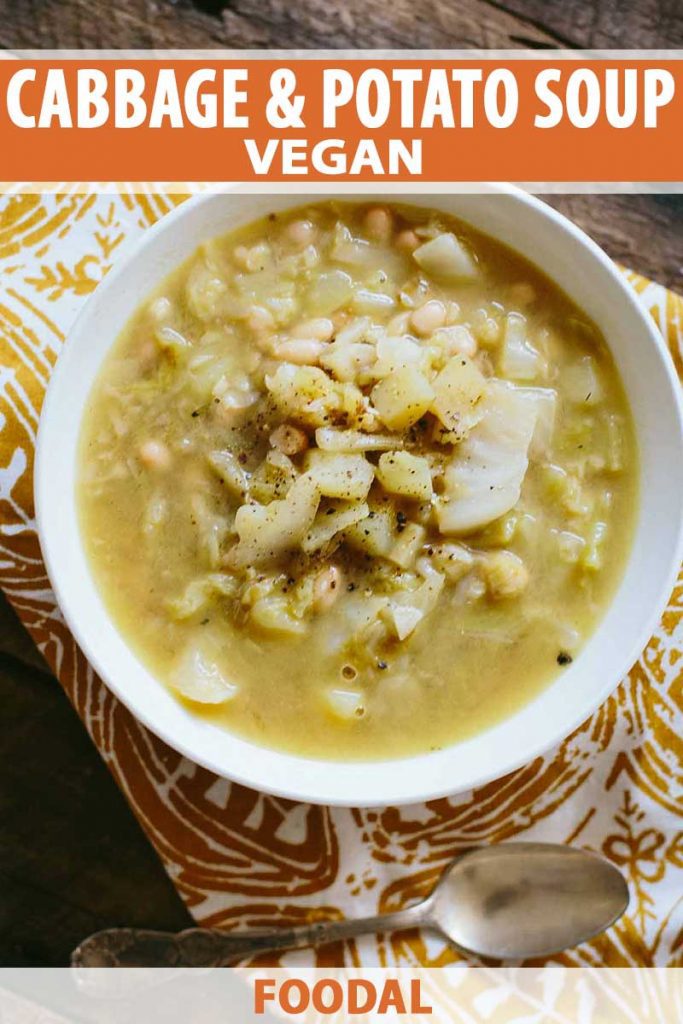 Recently, we received a bunch of veggies from a good friend who decided it was time to follow his destiny and start farming. He came by the house one night when I was already in my pajamas and ready to go to bed with a giant box of produce, all beautiful and colorful and freshly harvested just a few minutes before. 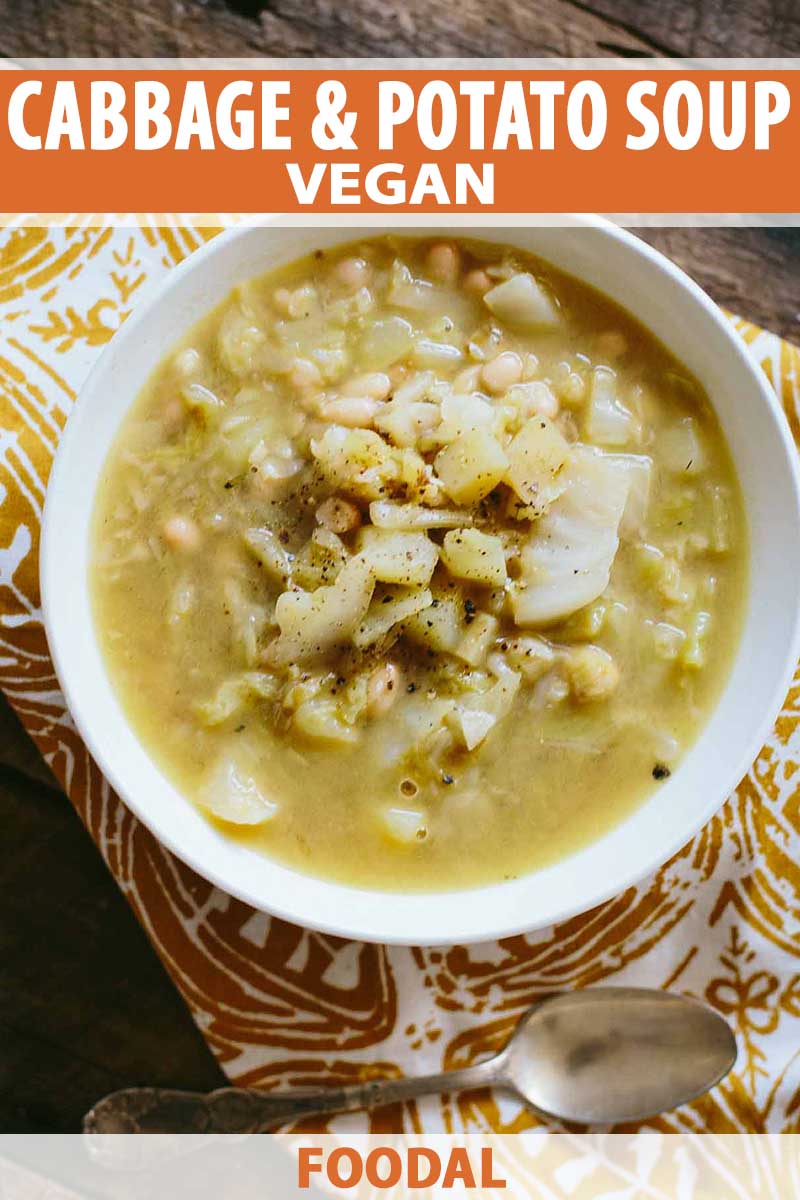 In the box were broccoli, spaceship squash, two types of kale, and no less than three cabbages. So I’ve had some cabbage to deal with, as well as a few lonely potatoes that were starting to grow things from their eyes.

I tossed together this simple, simple soup as a last-minute decision – it was either soup, or I was going to eat raw cabbage again for dinner. So soup it was.

Amazing things happen to cabbage when you let it cook a bit longer than you think necessary. With a good dose of olive oil and an extended period over a flame, it turns buttery and starts to caramelize, which makes for some of the most delicious flavorings I’ve found in a soup. Aside from the cabbage, you don’t really need much other flavorings aside from salt.

And on the topic of salt, don’t be shy. Cabbage and potatoes need a lot of it. 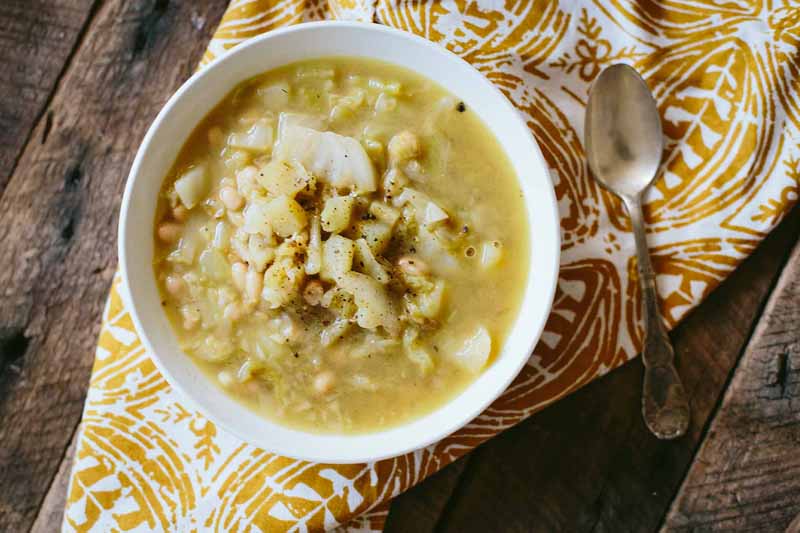 The real reason I’m posting this recipe tonight is because I want to be able to make it for my dad. He’s a bit of a picky eater, but cabbage and soups are right up his alley. I don’t know if he’s ever had a cabbage soup before, but I’m pretty sure he would like it.

And he likes things simple, which means that this soup is the perfect fit. So Pops, if you’re reading, remember to request this soup next time you’re in town. You’ll like it, I promise.

A simple cabbage and potato soup that everyone will love.

Did you make this recipe? If you did, let us know in the comments below and if you loved it, please give it a rating!

And if vegan soups are your thing, you’ll love these similar meatless recipes: 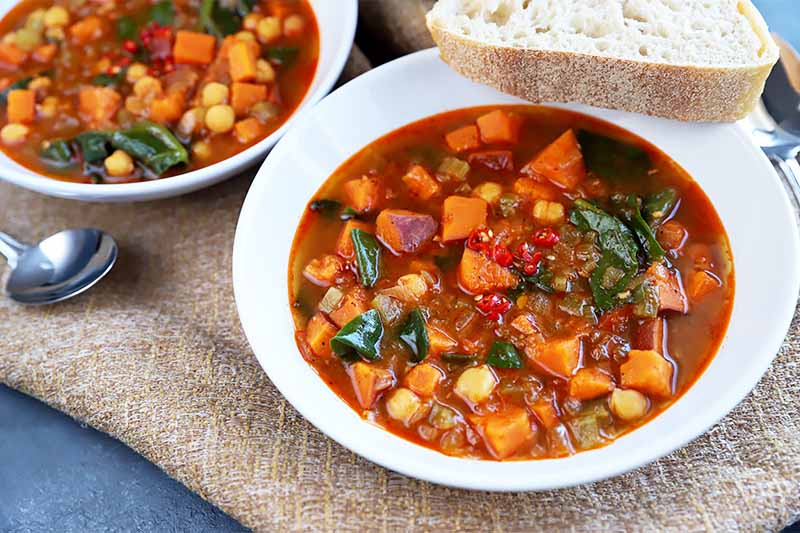 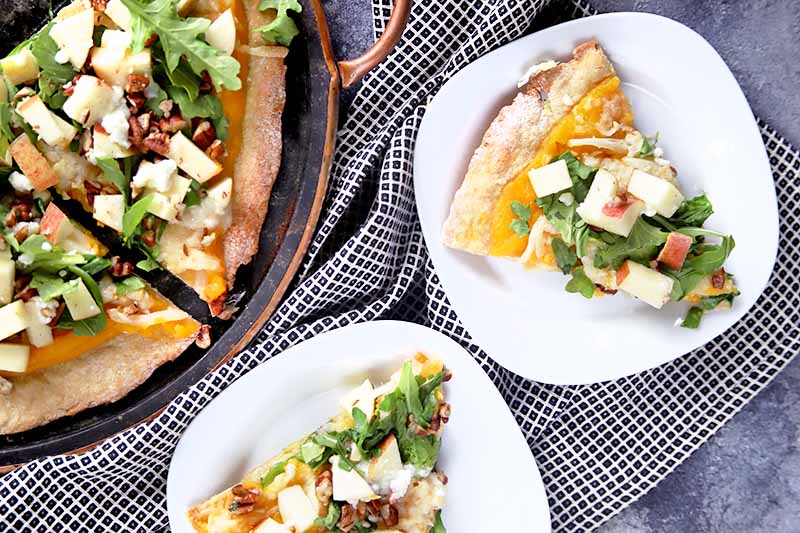