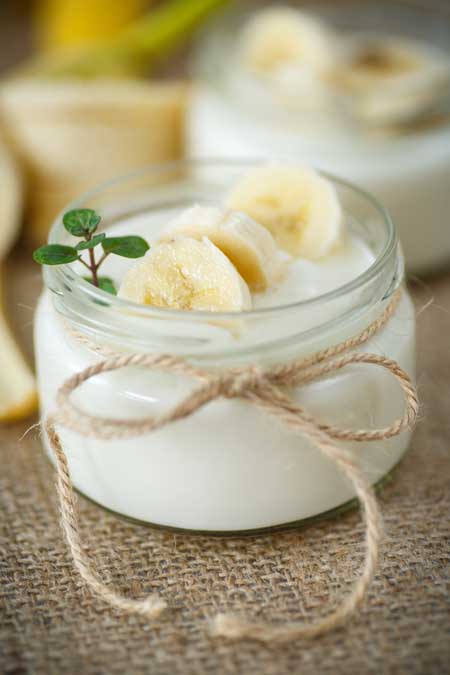 We’re all familiar with the sight: a few sorry looking bananas left in the fruit bowl, that are about to turn brown and speckled. The advice is always the same: “Why not use them to make banana bread?” 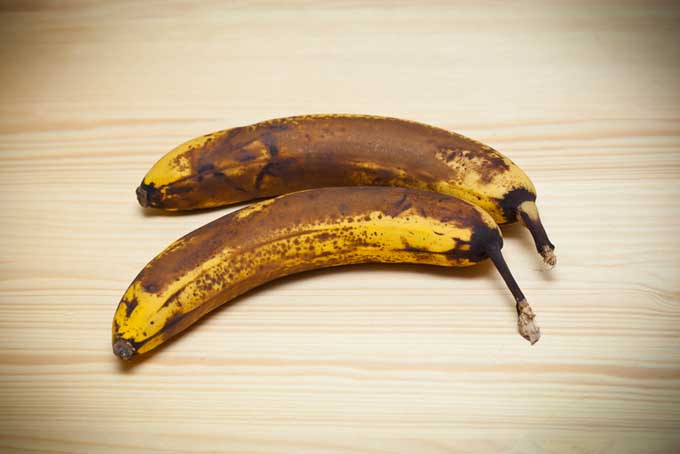 Well, personally I’ve had one too many banana bread recipes. All tasty, of course! I’ve had chocolate chip versions, spiced vegan versions, even a recipe with nuts and sourdough added to it for some tang.

But I’m ready for new recipes outside of baked goodies! So here are four interesting alternative ways to use up those old bananas.

I’m not going to lie. This is a little labor intensive if you don’t have an ice cream maker, but it’s well worth the effort.

First, leave the bananas in the freezer overnight.

Take them out the next day, leave them to defrost for an hour or so, then peel them and put them in the food processor or blender with a squeeze of lemon.

Process them for about 10 seconds, then add some light corn syrup, about 1 1/2 tablespoons or 5 teaspoons for each banana.

Pour the mixture out into a large bowl, and slowly mix some heavy cream into it (you can experiment with the quantity). You may also want to add a little sugar. 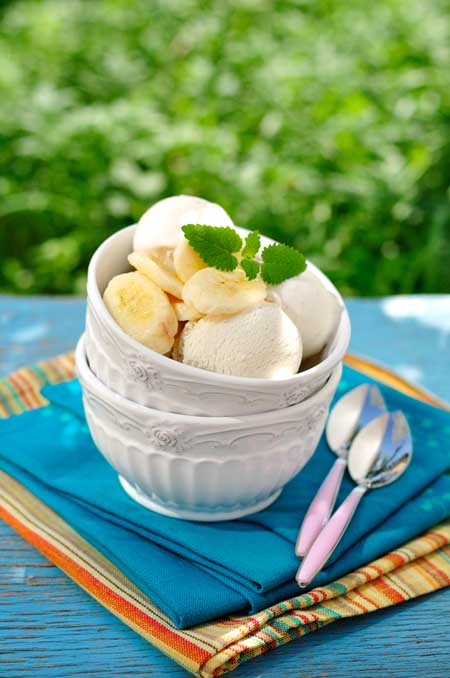 Place the bowl in the fridge for about an hour, and then transfer it to the freezer for about half an hour. Take it back out once it’s chilled, and beat the mixture with a whisk.

Put the bowl back in the freezer for another half hour, and repeat the process again and again, beating the mixture to ensure that you don’t allow too many ice crystals to form.

After a couple of hours, you should have beautifully smooth homemade banana ice cream.

Want to have the ability to make the same thing in your own kitchen in just minutes? Check out our review of the Yonanas frozen dessert maker. This handy gadget is the answer!

If making ice cream sounds like too much work, banana yogurt is a quicker and easier alternative. Just follow the same instructions as above, but instead of adding cream, use plain yogurt instead.

Spread the mixture out thin in a deep container, so that it’ll freeze quickly without forming too many ice crystals. Then just leave it in the freezer for a few hours, take it out, give it a stir, and voila – ready to serve!

This is a delicious and unusual creamy dip, and it works great as an accompaniment with grilled or barbecued meats.

Dice a few of your bananas up into small chunks, add a splash of lemon juice, and then put about a tablespoon of hot horseradish relish into the mix.

Next, stir in about a cupful of sour cream, and season the mixture with plenty of salt and freshly ground black pepper. Chill before serving. 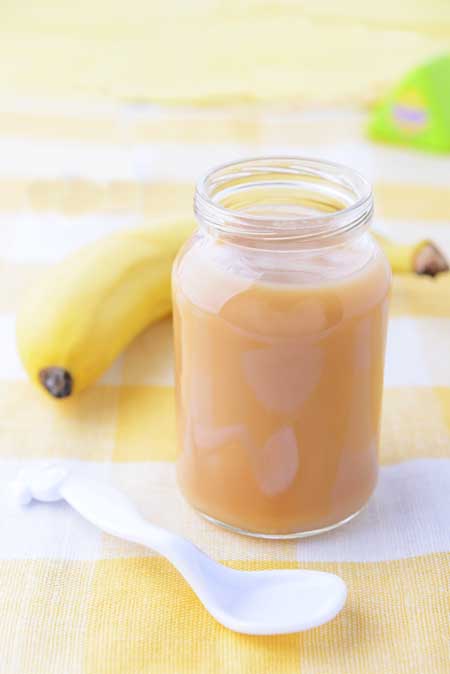 There are lots of different ways to make banana chutney, but one of my favorites is with ginger.

Simply blend your bananas and add some chopped raisins, a handful of finely chopped crystallized ginger, and a cup of cider vinegar.

Gently fry off a diced onion in a nonstick pan, and add a couple of teaspoons of curry powder. Then pour in the banana mixture and cook it on a low heat until it begins to caramelize, and thickens to the consistency of jam. 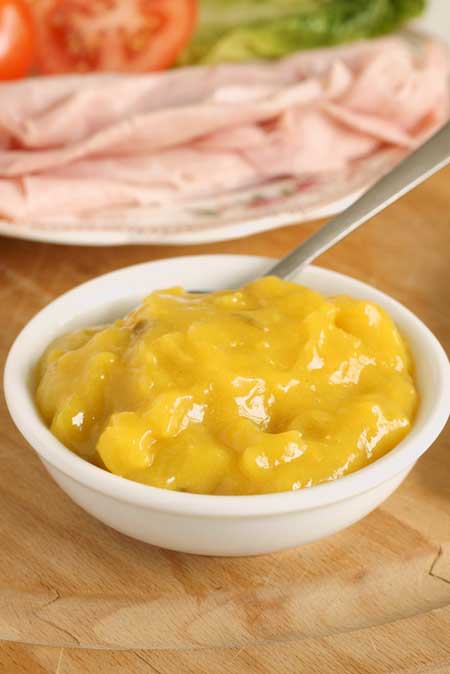 This is perfect to eat with leftover cold meats, a big salad, and some fresh crusty bread to mop it all up.

As you can see, using up ripe bananas can actually be a lot more exciting than just making banana bread! Hopefully these recipe suggestions will prompt you to come up with a few of your own twists and ideas.

With a little bit of creativity, there’s never any need to throw those old bananas away. Tell us what you come up with in the comments! 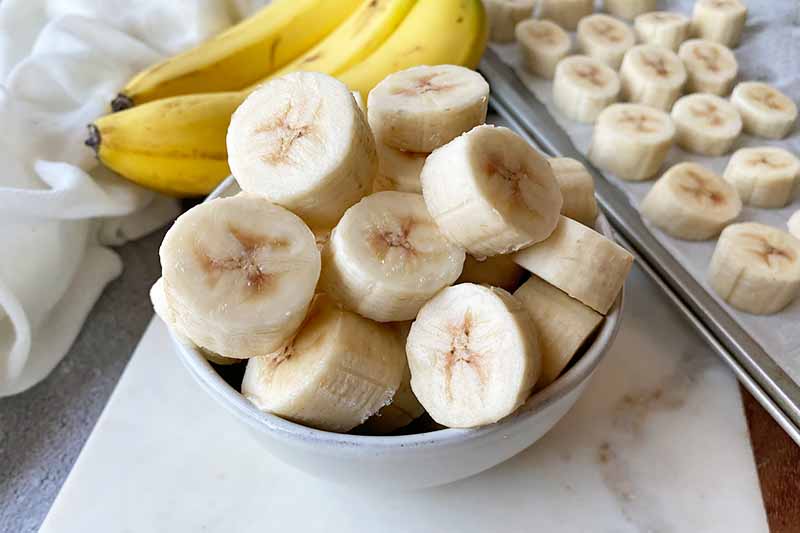 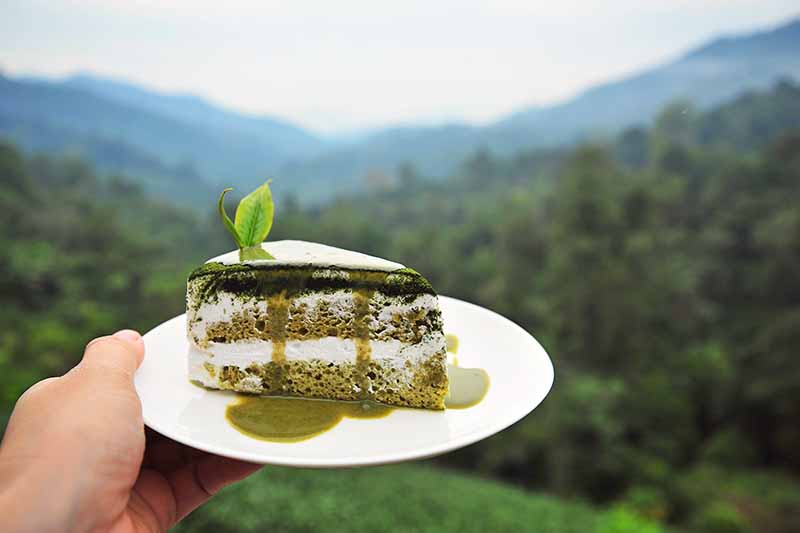 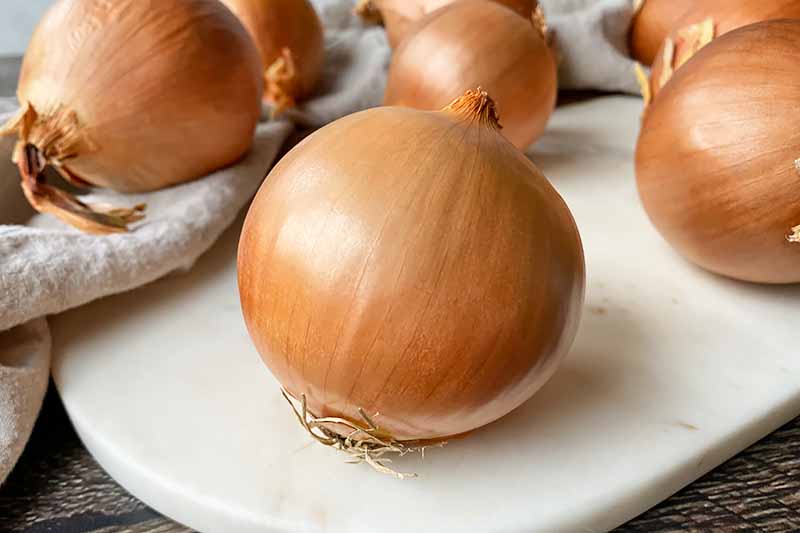 42 thoughts on “Four Ideas for Overripe Bananas (Besides Bread)”