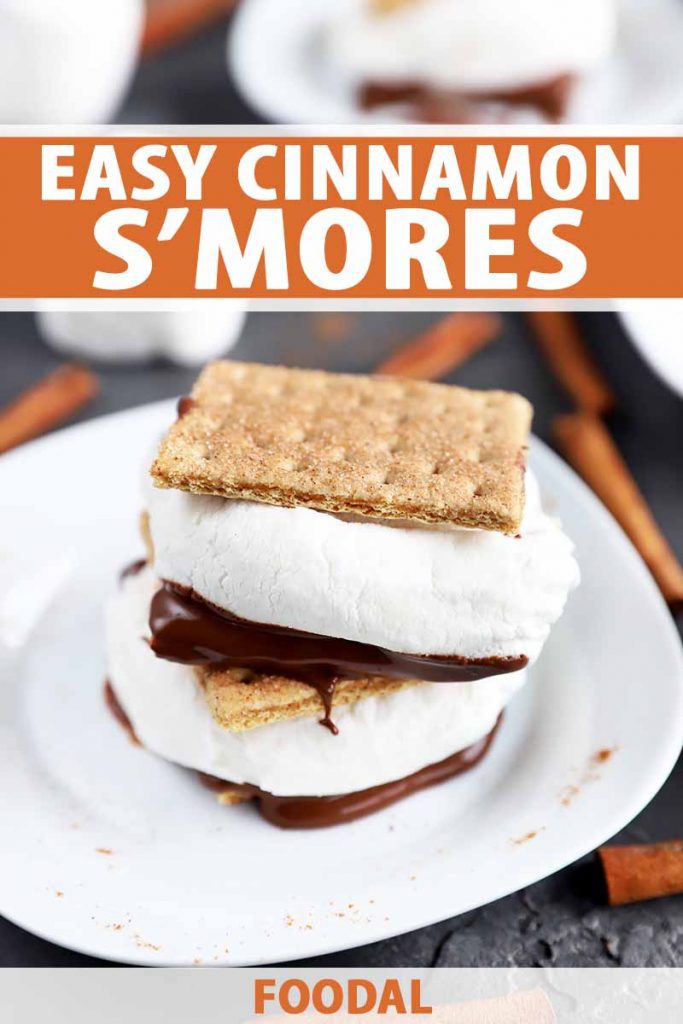 We recently bought a fire pit, and it is my new favorite thing in the whole world. 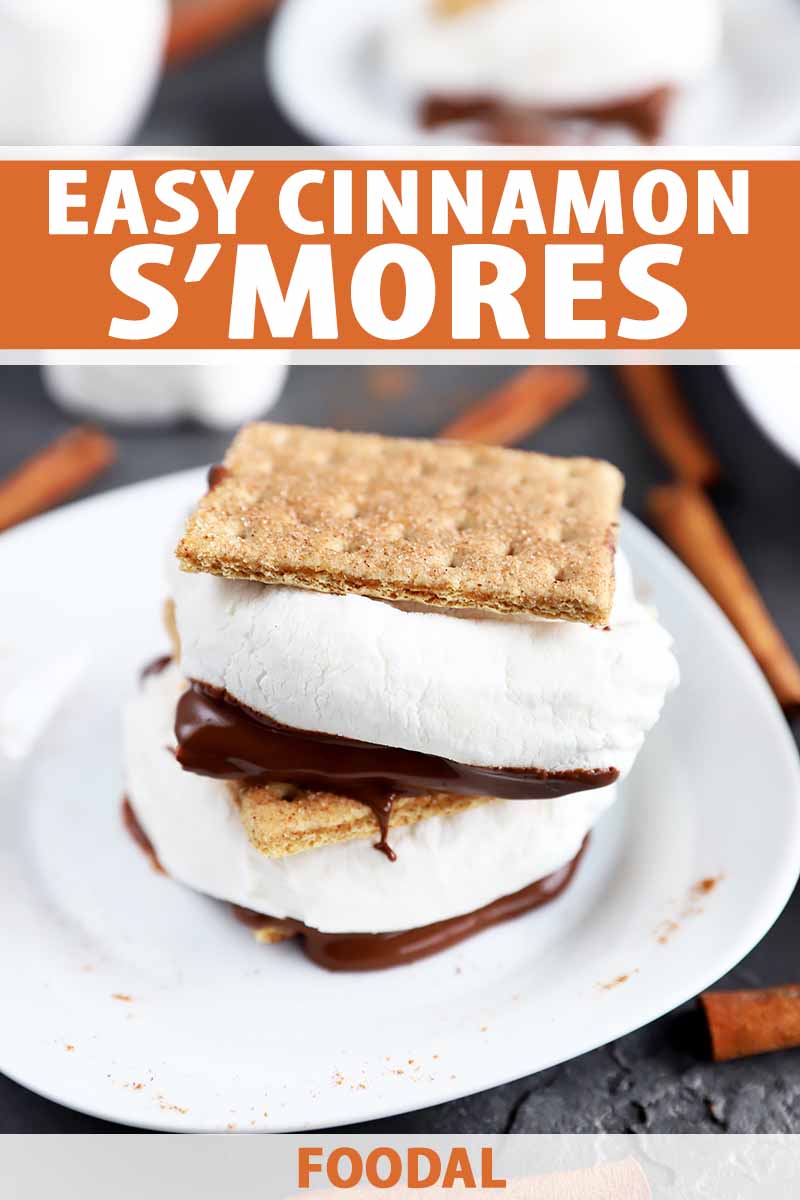 The fire that roars every night when we light it up is warm and cozy, but it’s the s’mores that really make the experience memorable.

Do you remember eating s’mores as a kid?

I went camping with my Girl Scout troop all the time as a young girl and s’mores were always on the menu.

We would load up on the chocolate and marshmallow combination, giving ourselves sugar highs that resulted in all-night giggle fests in the tent.

Whenever I smell a campfire, I think about whipping up this recipe. The flavors are so classic, and they stand out in everyone’s memory in the best way possible, filled with nostalgia. 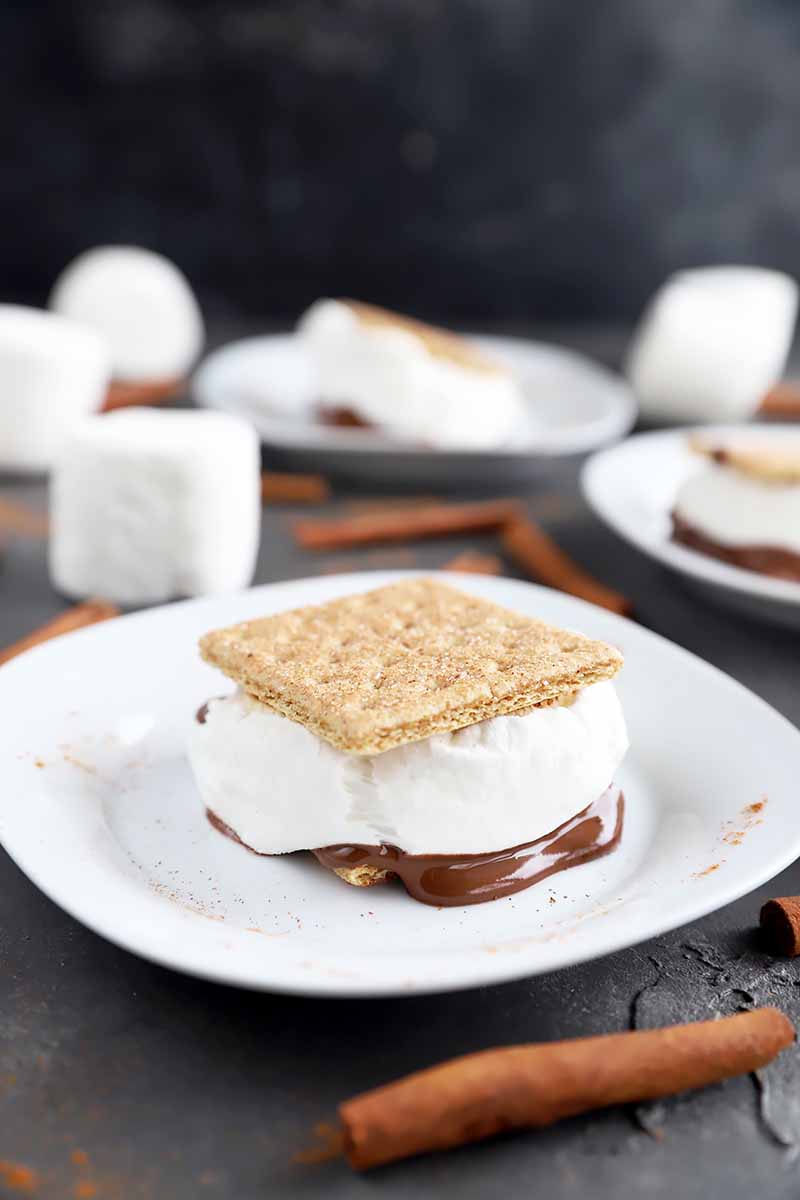 Of course, there are times of year when the bonfires and fire pits aren’t blazing, or when the weather is poor. Here in Colorado, lighting an actual fire in our backyard is kind of a pain in the winter.

No one wants to tend to a fire in the freezing cold air, am I right?

But the solution to the problem of having no fire to roast s’mores over is right in your kitchen.

It’s your oven. You know, that thing that you use all the time but probably never thought to make s’mores in.

This is the best way to get your chocolate, graham cracker, and marshmallow fix, in just five minutes.

The best part is that this recipe also incorporates the warming spiciness of cinnamon. Cinnamon and chocolate is already a tasty combination, but in s’mores? 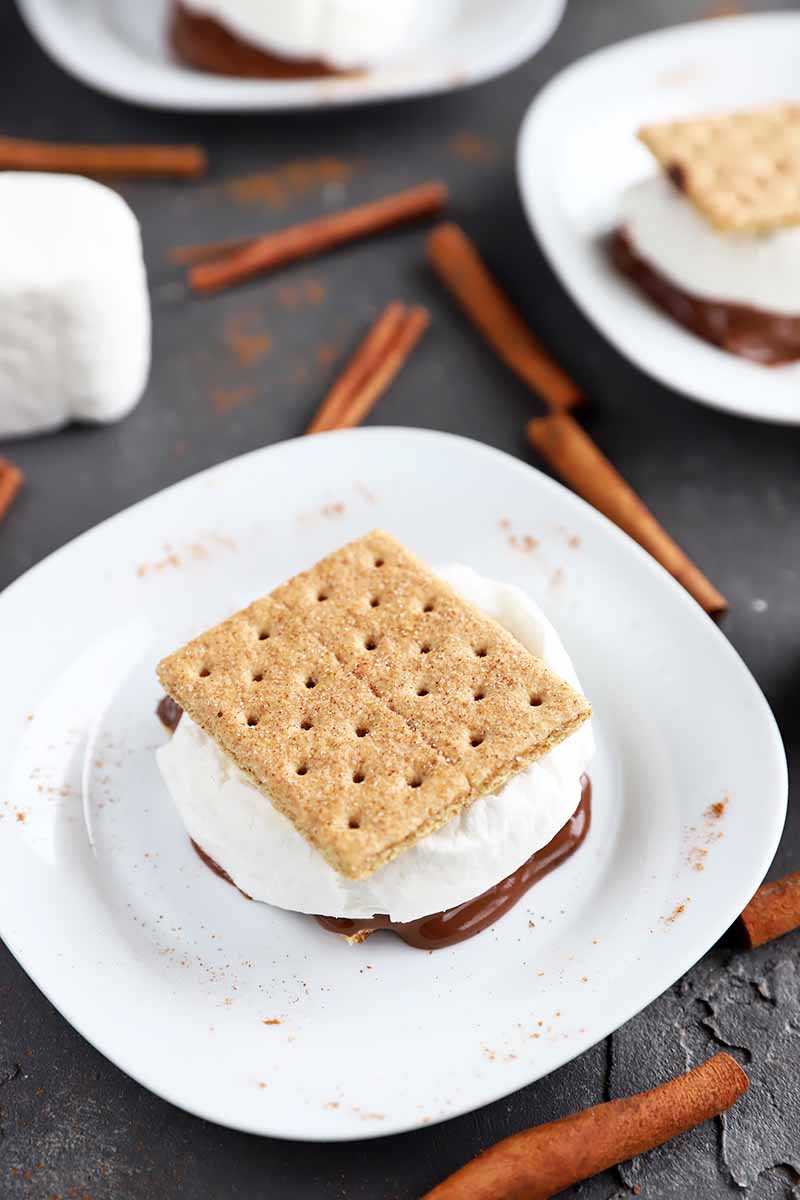 How do you get the warming spice into a recipe like this, you ask?

Well, it starts by grabbing those cinnamon graham crackers. The spiced sugar on the outside gives a nice little bump of flavor to the crackers. You could also make your own at home.

Then you add a little bit of ground cinnamon between the chocolate and marshmallow layers. This way, the cinnamon actually melts into the chocolate. It’s a fun twist on the beloved classic combo of flavors.

When you do make these s’mores, be sure that you use large marshmallows. Again, you can buy a bag at the store, or whip up a batch at home.

Just put one on top, instead of trying to squeeze two smaller ones between your crackers, and they have less risk of falling off this way. 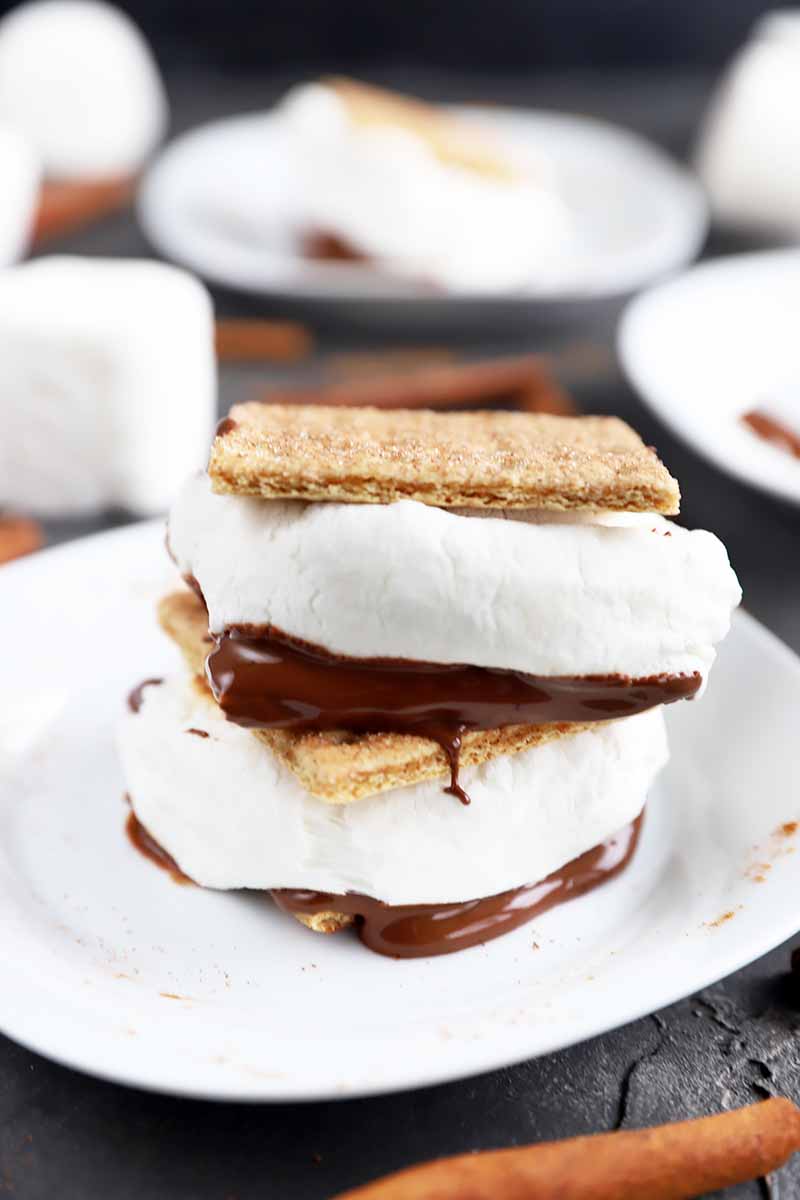 This recipe makes enough dessert for four people to enjoy, but it can easily be scaled up for more, or even scaled down for two as well. Whenever I want a dessert that is quick, warm, easy, and full of chocolate flavor, this is the one that I reach for.

I mean, when you only have to layer your ingredients and then bake them for about a minute, even on a busy day, there’s time for that!

What do you do when you don’t have a bonfire? You make cinnamon s’mores in your very own kitchen. The touch of warming spice is a lovely twist. 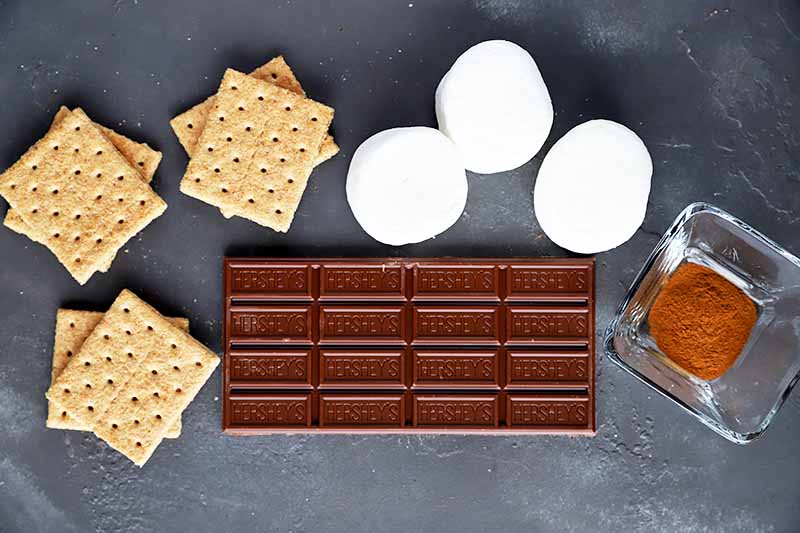 Break four cinnamon graham crackers in half. If you can’t find the cinnamon flavor, feel free to double the amount of ground cinnamon used in the recipe instead.

Break up the Hershey bar into pieces that are three rectangles in total. If you want to use a different brand of chocolate, try to approximate this size. 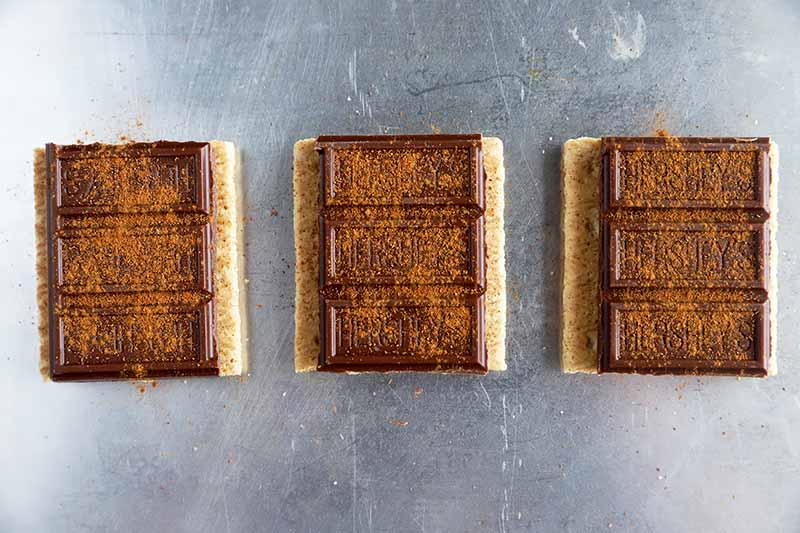 Add half of the graham cracker squares to a cookie sheet, cinnamon sugar side down. 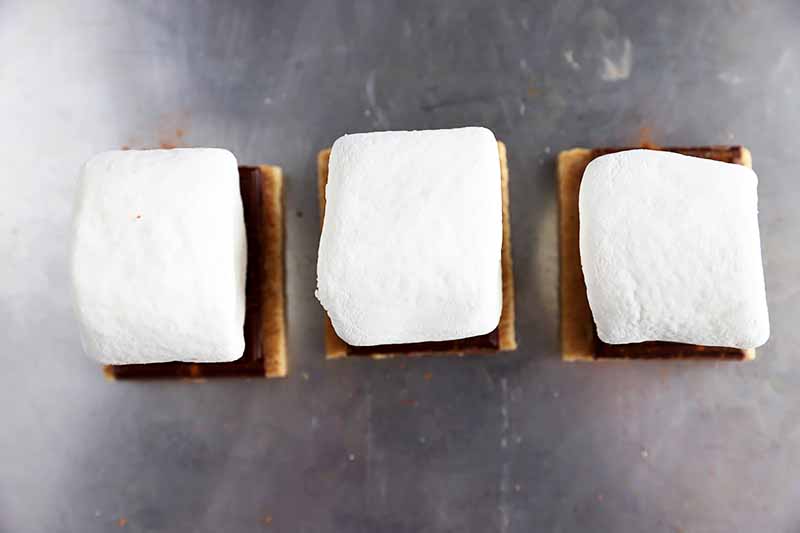 Top each cracker with a chocolate square. Sprinkle with 1/4 teaspoon of ground cinnamon, more if using plain graham crackers. Top each with a marshmallow. 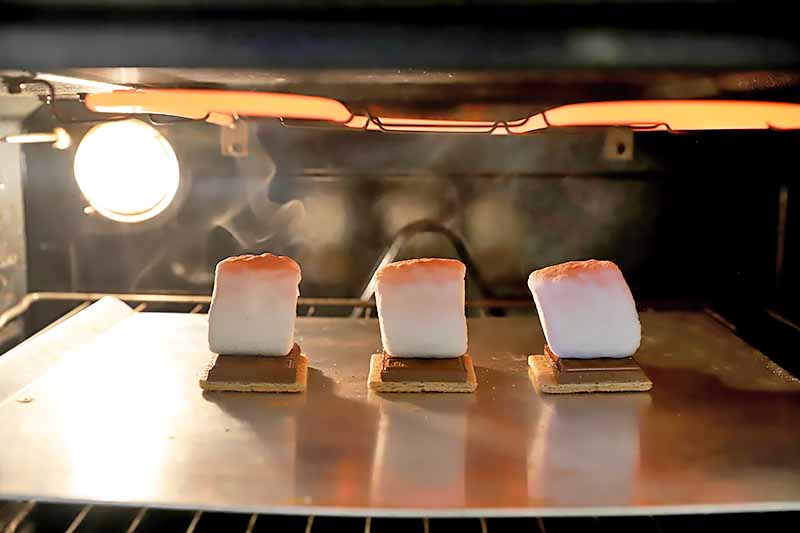 Place the baking sheet on the top rack in the oven, directly under the broiler (or wherever your broiler’s heating element is positioned). Broil until the tops turn brown, about 30 seconds to 1 minute.

Make sure you keep an eye on them as they cook, because they can burn quickly. 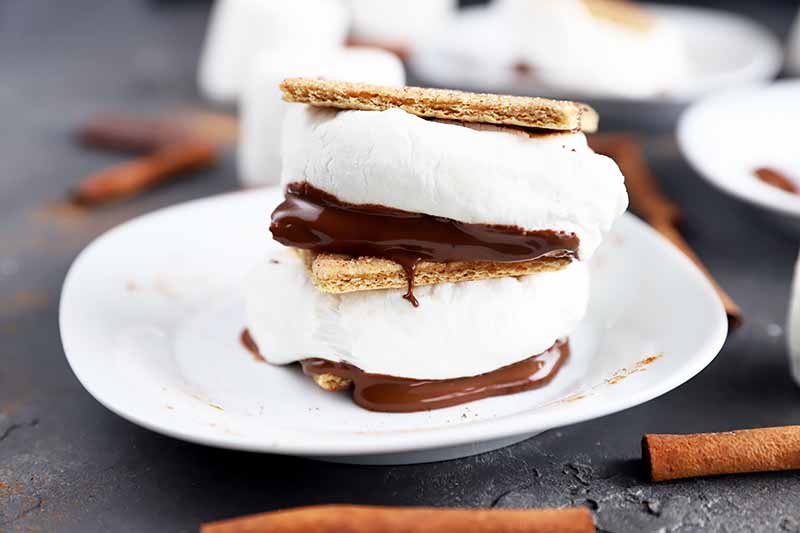 Remove from the oven and top each with the other half of a graham cracker. Serve right away.

Don’t Take Your Eyes Off It

The biggest mistake you can make with this recipe is to walk away from your treats when they are under the broiler. 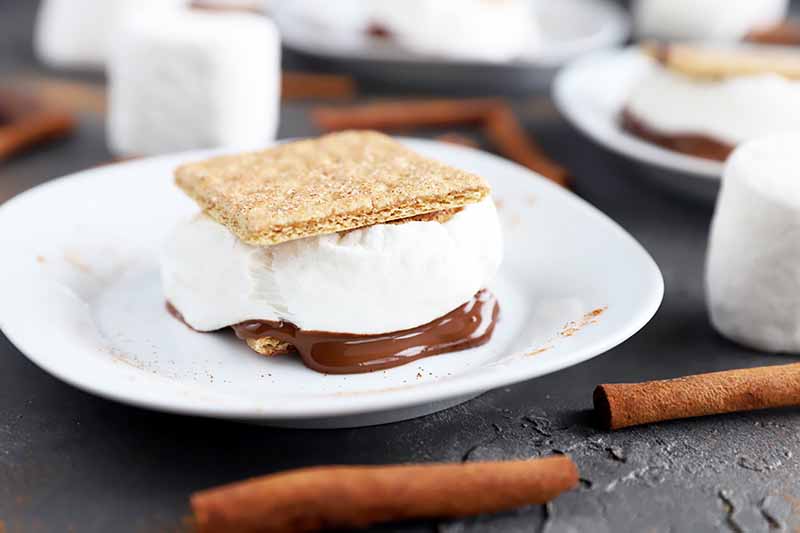 When your broiler is set to high, those marshmallows toast fast. If you walk away for even five seconds, the marshmallows can burn. So keep your eye on them for 30 seconds to a minute, so you can enjoy perfectly toasted marshmallows.

What memories do s’mores bring up for you from your childhood (or adulthood)? Tell us in the comments below, and be sure to rate the recipe after you try it!

For more dessert goodness in the s’mores category, check out these recipes from Foodal next: 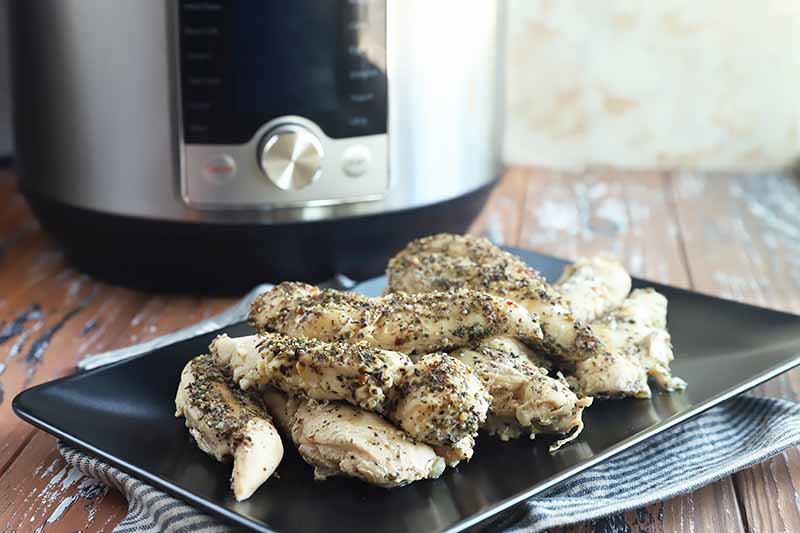 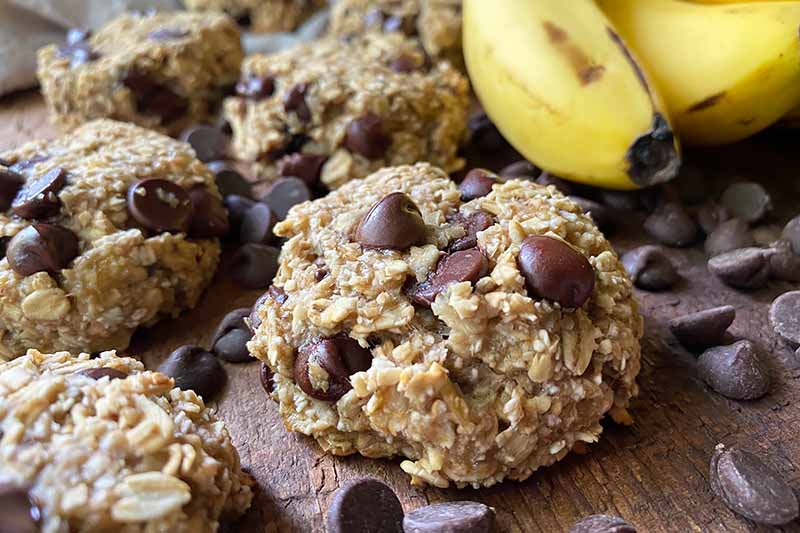 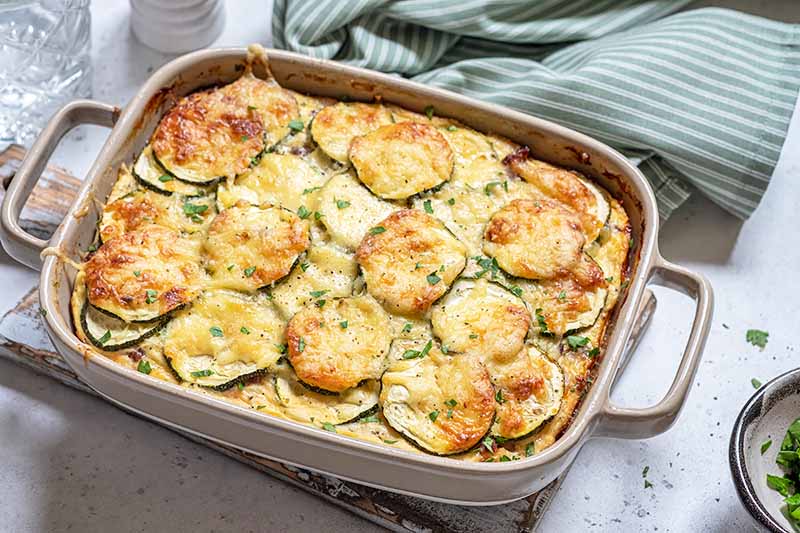