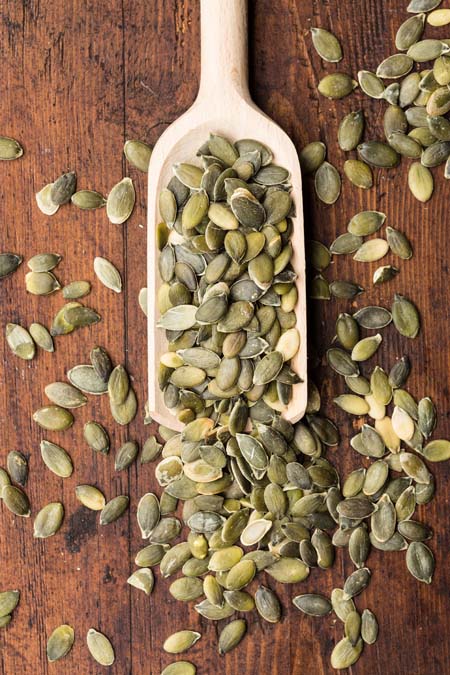 Pumpkins are actually a squash, but to paraphrase Shakespeare, a pumpkin by any other name would still taste as sweet. 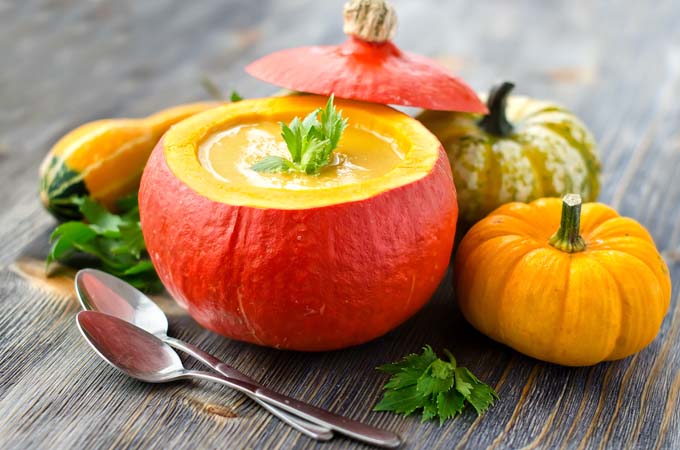 In fact, in Italy, the pumpkin and all winter squashes are lumped together under the same name: zucca. Pumpkins and their hearty and harder squash cousins all belong to the gourd family (the plant family known as Cucurbitaceaea, a group that includes more than 900 species).

While there are varieties found around the world, many have been cultivated by native peoples of the Americas.

These are plants that have traveled the world; Christopher Columbus took pumpkins back to Europe, and Portuguese explorers carried them to Cambodia where one variety, Cambodia abóbora, made its way to Japan where its name was shortened to Japanese kabobora or kabocha, also called Japanese pumpkin.

In the US, we tend to think of pumpkins primarily as Jack-o’-lanterns or for use in sweet treats like pumpkin pies, bread, pancakes, custard, and those delicious and moist breakfast muffins.

In France, they are frequent ingredients in savory dishes, and in the Ukraine, they are the ultimate kiss-off: potential brides traditionally used them as a way to say no to their suitors’ proposals. It was believed that pumpkins could help increase a man’s virility, so the gifting of a pumpkin was a strong hint to up his manhood.

The bright yellow-orange flesh of pumpkins and winter squash is rich in carotenoids like alpha and beta carotenes. The body uses carotenoids as the precursors to produce vitamin A, which is essential for healthy eyes, skin, hair, lungs, and immune function. 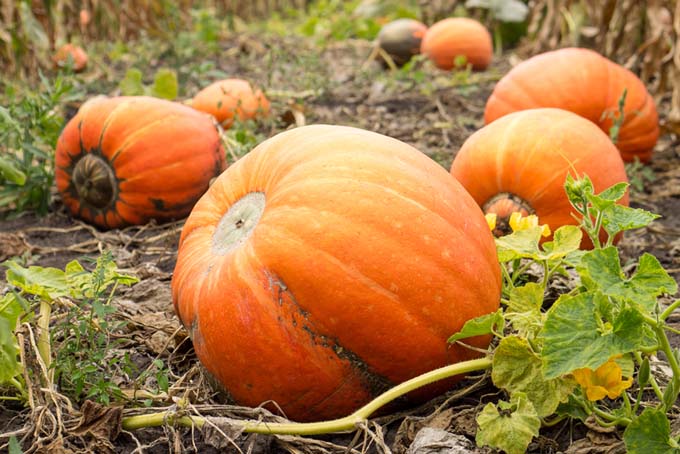 Pumpkins are also good sources of iron, vitamin C, potassium, magnesium, and the dark orange carotenoid called lutein, which is important for prostate and heart health.

Given the colors, varieties, health benefits, and plentitude of squashes available during the winter months, try using your hearty and heart-warming winter squash (and pepitas) in one of these surprising festive suggestions:

Place raw seeds on a sheet pan, sprinkle with sea salt, and bake in the oven at 350°F for 20 minutes or more until they are done to your liking. Toasted seeds have a pale and golden or toasty brown color. 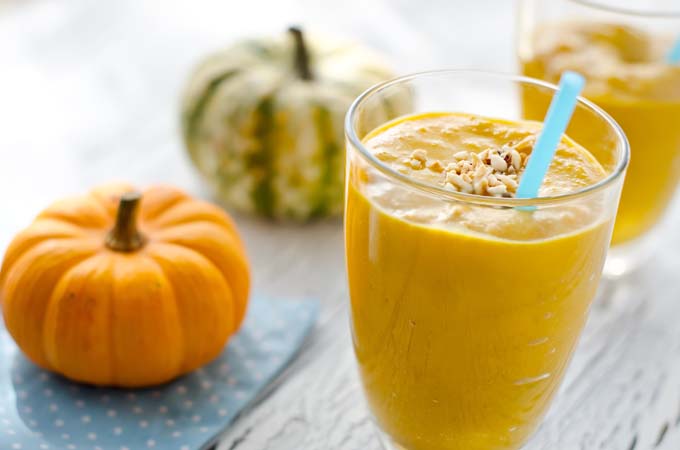 In a blender, puree roasted, sweetened squash chunks with soy milk or yogurt and ice, season with pumpkin pie spice, cinnamon, and/or ginger, and sweeten with additional honey, agave nectar, or stevia to taste for a healthy homemade pumpkin pie smoothie.

Roast pumpkin halves with olive oil, sea salt, and pepper, then scoop out the flesh, cook it with vegetable broth, curry seasoning, and grated fresh ginger. Purée, and then return to the heat and warm with some luxurious coconut milk for a silky curried pumpkin soup.

For more of our ideas, see our “Easily Adaptable Pumpkin Soup” Recipe. Or, if curried pumpkin has caught your interest, we’ve got an Asian-style pumpkin curry recipe just for you.

Cut up chunks of butternut or kabocha squash and roast with olive oil, sea salt, and pepper until you can gently pierce it with a fork. Let cool and place atop salad greens with pomegranate seeds, walnuts, and blue or goat cheese, and drizzle with balsamic vinaigrette.

Meanwhile, cook quinoa or rice in salted vegetable broth. Once the squash is fork tender, scoop the flesh from the peel and mix into the cooked rice/quinoa. Drizzle with additional olive oil, taste and adjust seasoning for salt and pepper, and enjoy. Also check out our other squash based mac-n-cheese recipe.

For a simple weeknight stew, consider the Three Sisters, a Native American staple traditionally planted together. The beans grow up the corn stalks and supply the soil with a source of nitrogen while squash is planted in between to keep out the weeds and provide shade for the corn’s shallow roots.

In a large skillet, sauté a chopped onion and a couple cloves of garlic in olive oil until tender, then add chunks of steamed or cooked squash with a can of rinsed, drained beans of your choice, and fresh or frozen corn kernels. Add broth or water to just cover.

Season with salt, pepper, and dried sage and simmer for 15 to 20 minutes until the flavors marry and the stew becomes thick and moist. Serve with fried or fresh sage as garnish.

Adding sweet, roasted pumpkin puree (or really any type of winter squash) to a batch of homemade hummus makes a delicious seasonal appetizer to share with your guests.

Homemade Pumpkin Hummus – Get the Recipe Now
Try topping this with toasted pumpkin seeds, and serving it alongside toast rounds, or freshly baked sour barley pita bread cut into triangles.

Create an antiaging facial mask rich in vitamin A to help exfoliate the skin. This acts much like retinol, but without any harsh chemicals. Pumpkin helps to soothe, exfoliate, and moisturize the skin, especially when combined with honey, and is beneficial for sensitive skin.

Use canned or cooked pumpkin, or collect some of the raw flesh when you scrape out the seeds.

If using raw pumpkin, mash with a mortar and pestle, or use a small food processor to puree, drizzle in half as much honey for added moisture, and add a little yogurt or milk for additional exfoliation (from the lactic acid content). Apply to clean, dry skin and relax for about 15 minutes while it takes effect, then rinse off with cool water.

Simplest of all, use your pumpkin and colorful winter squashes as a still life or centerpiece for your fall table. They’re gorgeous and they keep for months as long as they’re away from heat and direct sunlight. Or, you can even carve them and fill them with crudités, grapes, or chunks of cheese so that your centerpiece is festive and edible.

How will you bring festive pumpkin dishes to your table? Let us know in the comments!

Also, be sure to check out all of these pumpkin recipes now!

36 thoughts on “Pumpkins and Their Different Uses”