Most people tend to avoid serving fresh artichokes because they think they too difficult to prepare. In actuality, they are much easier to work with than most folks would expect. Cleaning them is not hard either and only takes a few minutes prior to the cooking process. 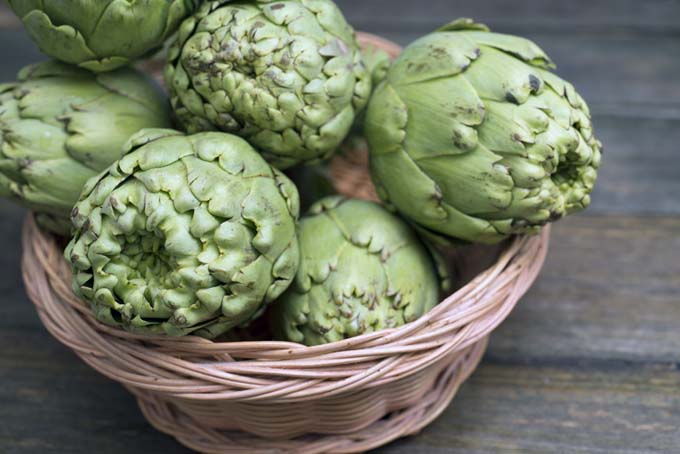 To initially prepare them, you’ll need is to hold them upside down and peel a few leaves around the base. Pull any other leaves that don’t appear to be fresh or are damaged.

Then take a small paring knife and lightly trim the stem, removing just enough skin to clean it up.

Boil the artichokes until they’re “fork tender” and immediately shock them with cold water. This will stop any further cooking while you prepare to stuff them.

Remove the “choke “(the fuzzy hairy part in the center by the stem) so that you have a cavity for the stuffing. 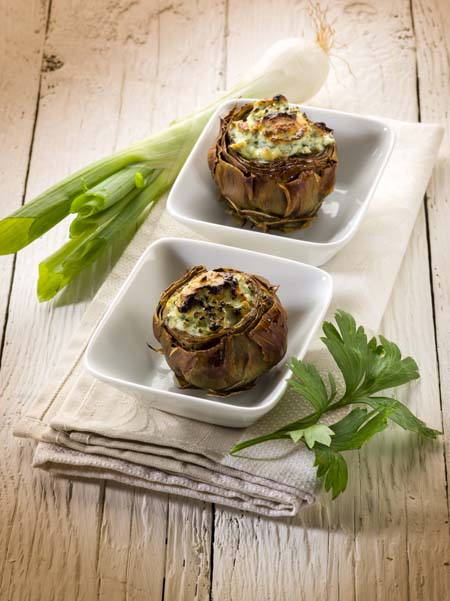 I season them with a little olive oil and bake these on a cast iron griddle (with the searing ridges pointed upwards) just enough to get some nice grill marks on the flesh.

I use ground Italian sausage with Stove Top style herb stuffing. It’s a good product to work with and the taste is phenomenal. I suggest you follow the recipe close while prepping them prior to placing into the oven,

The steps I take you through should make these really tender. When you remove a leaf, it should come off very easily with little resistance. Eating the leaves requires using your teeth to scrape the meaty part out. I also use an herb mayonnaise to dip them in. 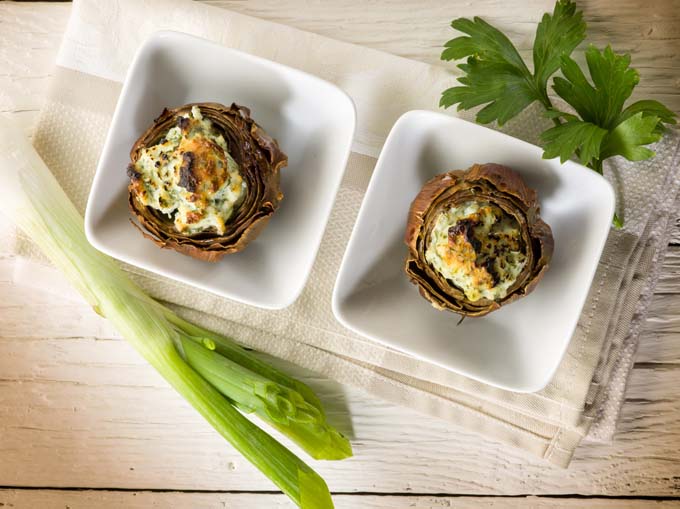 This is a great dish as an appetizer or as a compliment to the main entree. Some restaurants offer it as an entree by itself.

Personally I like to serve something with a little more substance as the main attraction. Either way I’m sure you’ll enjoy making this, and even more impressive serving it as a specialty to your guests.

Want another artichoke-happy dish? Try our Sicilian pasta salad, and swap out the canned artichokes with freshly boiled hearts! 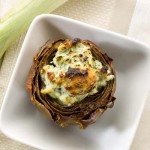 For appetizer purposes, serve on a large platter. Garnish with some chopped green onion on top of a small bowl of the seasoned mayo.

*I use a food processor with a few quick pulses for this step.
Related Posts 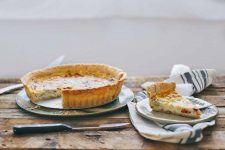 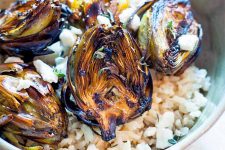 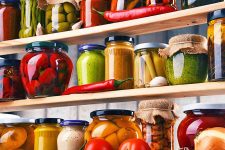 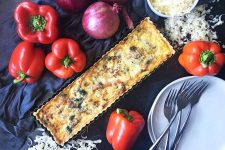 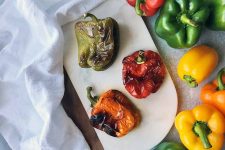 How to Roast Peppers with Three Easy Methods 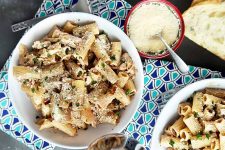 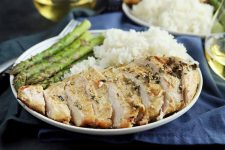 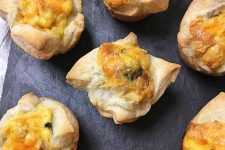 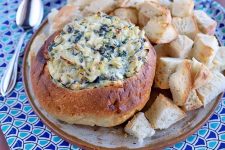 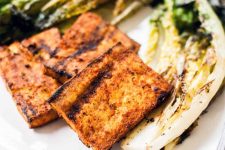 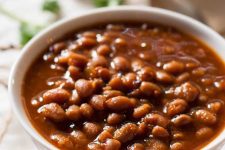 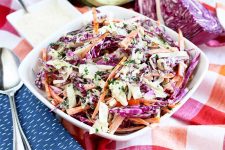 The Only Coleslaw Recipe You’ll Ever Need