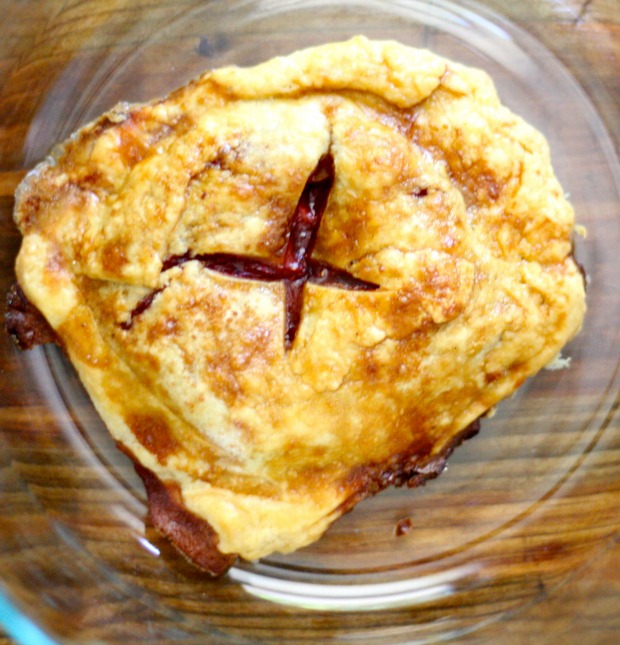 Tim and I made these red fruit hand pies a few weeks ago, but I’ve been going back and forth about whether to tell you about them.

I can be kind of a perfectionist.

Note I did not write, I can be kind of perfect. Perfect people wouldn’t be perfectionists. They wouldn’t have to waste their time frustrating themselves and those around them with the pursuit of the unattainable. They’d be the unattainable. Of course, they also would be imaginary because perfect people don’t exist. Chasing perfection is a losing battle. Chasing perfection is a battle I want to stop. So I’m starting right now. With rustic red fruit hand pies. Here I am, Shanna Mallon, 30 years old, maker of mismatched hand pies, nice to meet you, hello, how are you, let’s talk.

Sometimes when people who know we have a food blog come over to our house for the first time, they say something about being intimidated. Gross. I want to grab them by the hand and take them to the trash can where, no doubt, something I’ve burned or broken still lurks. We’re just people who love food, I usually say in response, and that doesn’t mean everything we make tastes good. We have weeks of winners, the way some people have weeks of good hair days (not me), but we have weeks of the same three meals (hello, panzanella!) over and over again, too. I don’t think this is perfect or ideal, but it’s real and it’s us right now, and more than I want you to be impressed with us, I want you to know us, so I’m going to tell you the truth.

Our world, generally speaking, doesn’t value truth over image. We’re all about having the hottest bods and the nicest houses and the most successful blog communities and the [insert other recognition here], and that kind of world leaves most of us feeling pretty insecure. Feeling insecure sucks. So to dull the ache of inadequacy, we preen and we posture and we try to make ourselves be seen a certain way. Look at my awesome einkorn cinnamon buns! Look at my photography! Aren’t I cool? Won’t you like me now? Actually, I shouldn’t say we; I don’t know if you do this; I know I do this; I know I face the temptation to do this almost every day. But our pastor said something last year sometime or on Twitter, and it has stuck with me so long, it comes out of me, even when I’m talking to you over coffee on a Tuesday afternoon: “I don’t want to be impressive. I want to be known.” You guys, I look into my heart, and I see this. I see that what I really want when I want you to praise me is I want you to know me and like me, the way God does, the way He did before I knew what was going on. It’s so much more satisfying to be known and liked than to be impressive—and it’s less pressure, too. 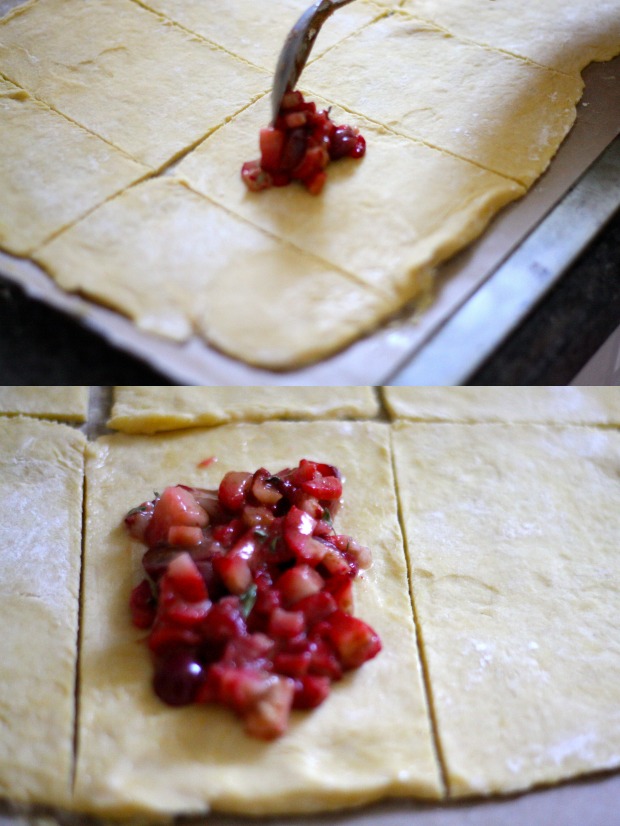 So here’s the simple story with these pies, pure and unadulterated. Tim took me on a dinner date to City House, not because our lives are dreamy and perfect but because, in the midst of busy weeks, we needed to reconnect. We don’t have kids, we work from home, but yet, here we are, still the sort of people who have to stop and think and be intentional if we’re going to be close to each other, and sometimes we go long stretches before we realize this and do. At City House, we split a plate of fried chicken that met a month-long craving we’d talked about too many times to count, and the two of us sat at a long table in the screened-in porch with warm air blowing in. Afterward, we drove outside the city to a pretty park with rows of trees, a tranquil pond, approximately 45 squawking geese and two swans and some picnic tables. He grabbed the blankets from the trunk, and I grabbed the glass tupperware of hand pies. We’d made the pies together in less than an hour before heading out the door for dinner because Tim said, should we bring something, and I said, let’s make pies, and so, without much planning, these were what came out. 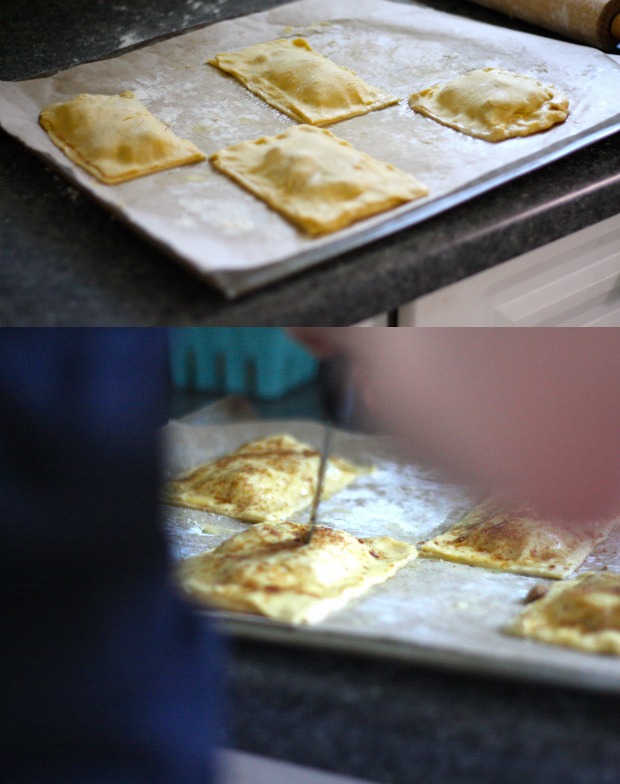 The pies aren’t perfect. They’re “rustic,” as people like to say, with crooked edges and some seeping filling, a humble offering, some might think. But, you know, people called our wedding rustic. People call our house rustic. But since the dictionary calls rustic simple and charming, there are probably worse things to be. In fact, maybe being rustic and imperfect and real (!) is less something to be afraid of and more something to embrace. 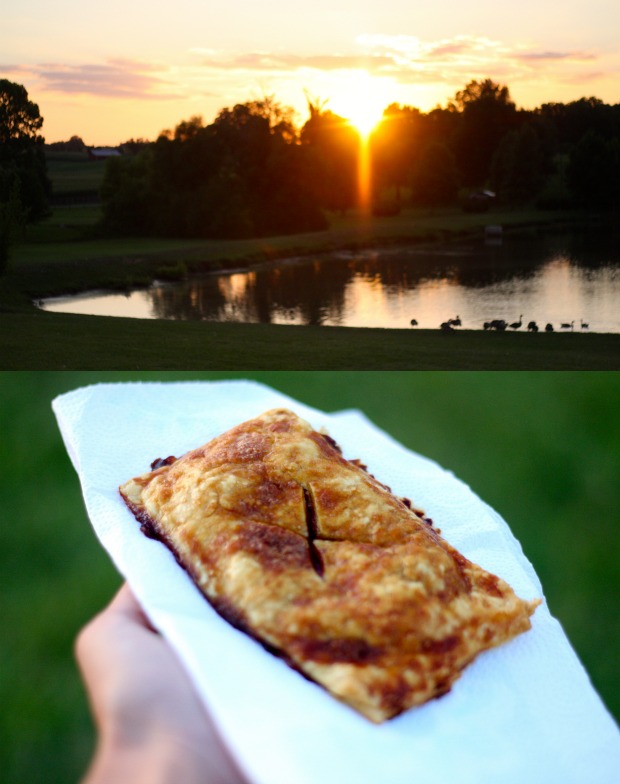 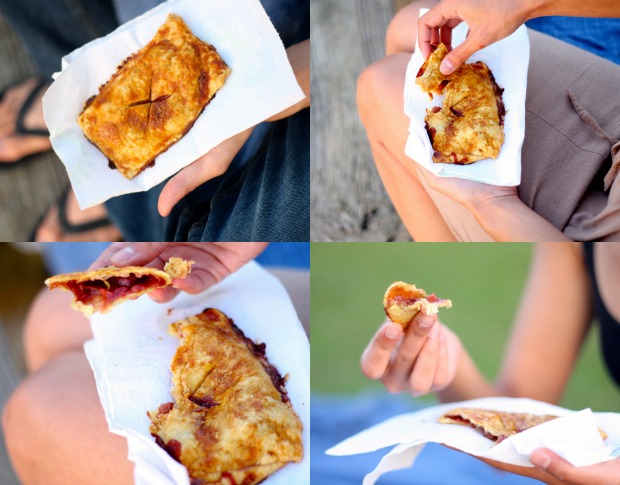 I’ll start, by sharing the recipe with you here.

You start, by making them, messy and odd-shaped and what-have-you, and then eating them anywhere you are.

Note the recipe makes four hand pies.
Note, if you’re like us, that’s just enough for two of you to share.

for the filling:
1 1/2 cups diced red fruit (we used grapes and strawberries)
2 tablespoons coconut palm sugar (or other sugar)
1 tablespoon arrowroot powder
5 or 6 sprigs of fresh thyme, leaves pulled off and stems discarded

1 egg, for brushing on pies
Some extra coconut sugar (or other sugar), for sprinkling

Start by making the pie crust dough: Combine a cup of einkorn flour with 1/2 teaspoon salt. Cut in cubed butter with a pastry cutter. Add cold water and stir, working with your clean hands as it begins to come together. Form into a ball and stick in the fridge while you make the filling.

Take out the dough and roll it on a floured surface or parchment paper into a large rectangle. I won’t give you measurements because this is supposed to be rustic, you know? Slice the dough into four long rectangles or eight small ones. Then, you may either plop filling into one side of a long rectangle, fold the other side over and press the edges to crease; or, you may plop filling in one small rectangle and top it with another rectangle, pressing the edges to crease.

Brush beaten egg on the hand pies and cut a little slit in the top of each one. Sprinkle with sugar before baking.

Bake for about 30 to 45 minutes, until golden outside, with bubbly filling inside. 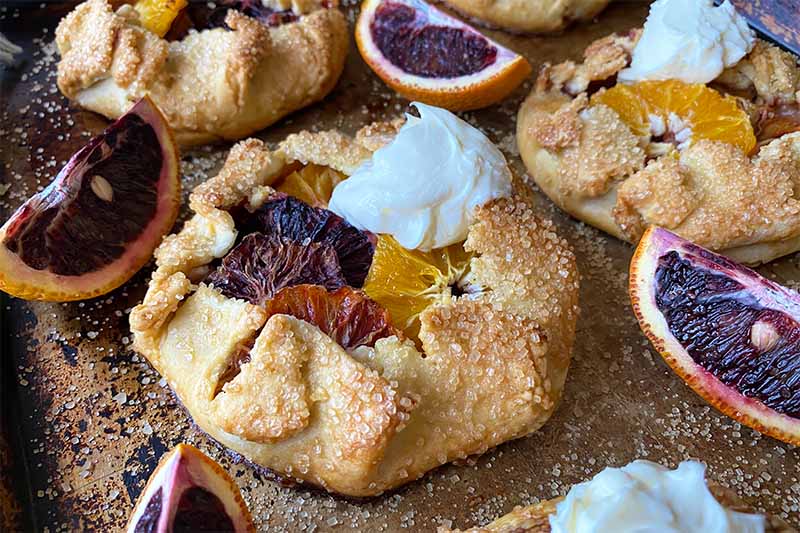 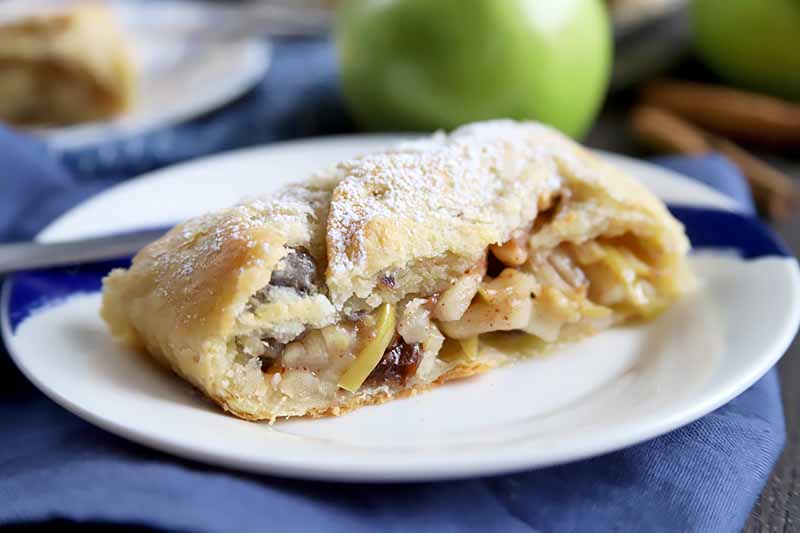