I’ve fallen into the habit this summer of roasting whatever vegetables we have on hand for dinner, usually with just coconut oil, salt and pepper, sometimes with one or two other spices from the cabinet added in, and then arranging them all on a plate like they’re fancy.

These potato fritters are a perfect example of that. At first glance, they seem elaborate, but when you get down to it, they’re really just local vegetables arranged and barely adorned in a new way. 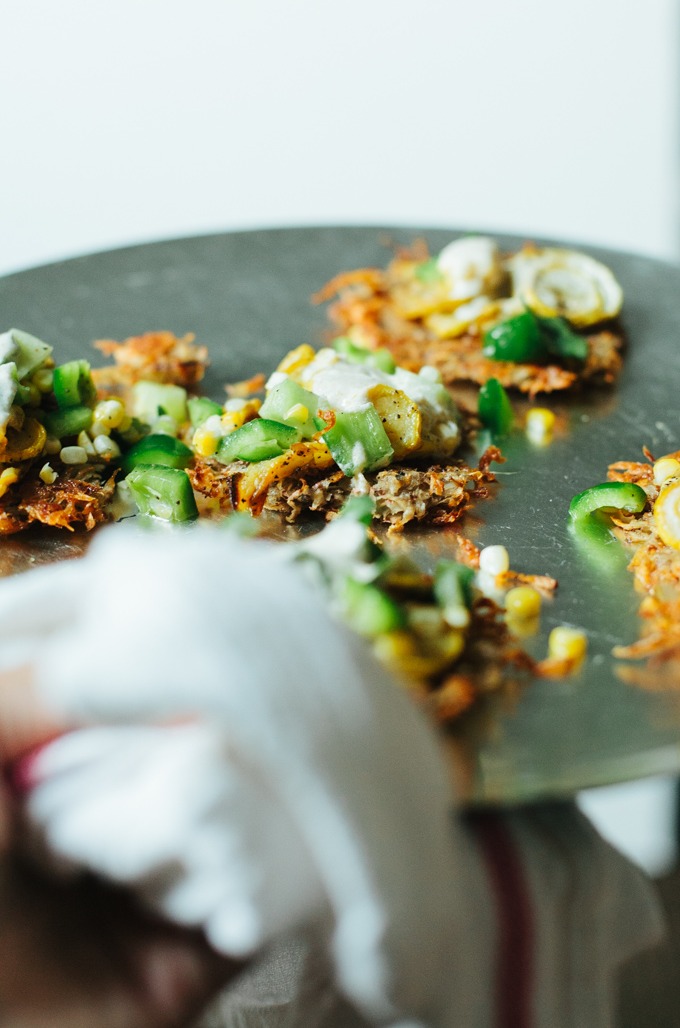 There have been times in my life where I’ve thought that arranging a plate – or picking out an outfit or cleaning the sink or organizing a bookshelf – is a shallow, silly, empty thing to do.

It’s not reading a book. It’s not deep discussion. It’s nothing cerebral or heady or life-changing in and of itself. Nobody looks back at the end of her life and says I wish I’d made more dinners prettier. 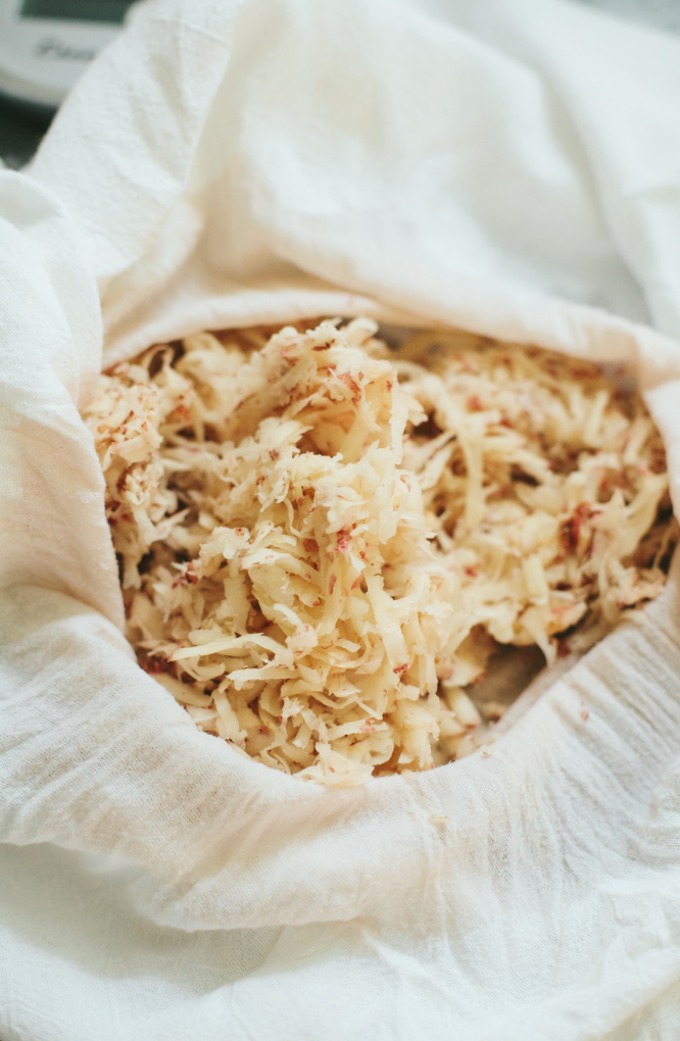 And yet somewhere in my soul I think I’ve always also known that you can’t argue with the way it hits you when someone hands you a plate that’s taken obvious time and attention to prepare.

You can’t pretend you don’t feel a little special when you make the extra effort every once in a while to get dolled up for dinner or to pull out the fancy dishes for a dinner with friends. 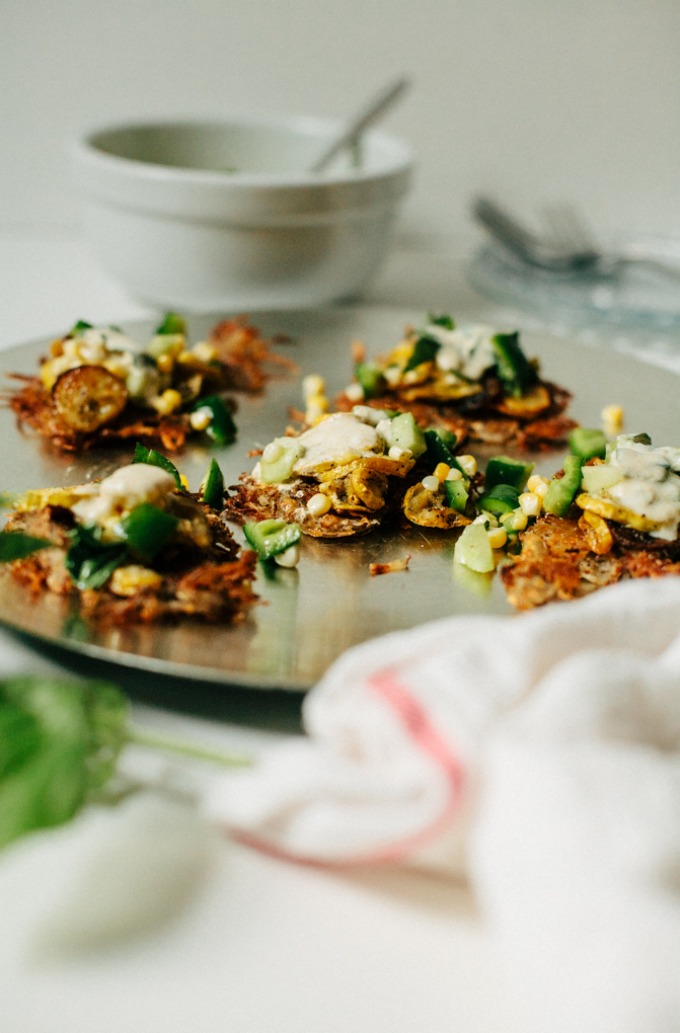 I made this recipe twice this week: the first time in mini potato fritters (as pictured in the recipe below); the second time, in slightly larger rounds that yielded more than two bites apiece. 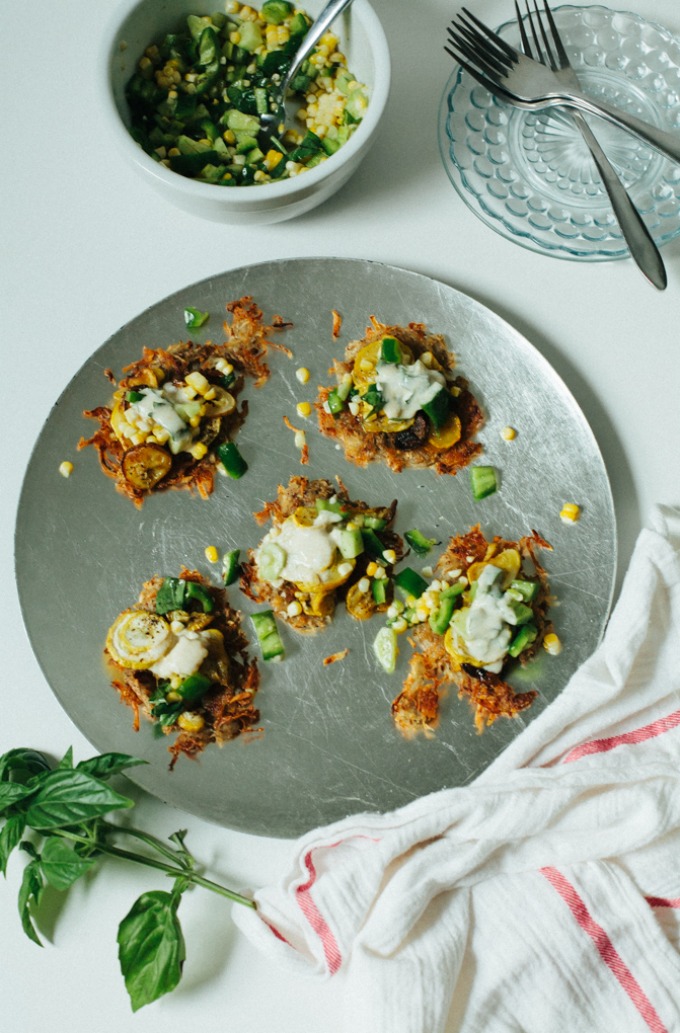 I liked them both but I think I liked the mini fritters best because they crisped up easier and all the way through, creating a sort of hash brown/fried potato base for candy-like roasted squash, fresh and bright cucumber corn salad and an exotic kick of cumin dill yogurt on top.

The second time I made these fritters was considerably easier and faster than the first, mostly because I knew where I was going with everything and how it should end, so let me give you that advantage, too.

Think of these fritters as four or five mini recipes that get layered together on a plate at the end. You start by roasting squash, then boiling corn, then grating potatoes (the most laborious task, and I won’t blame you if you try to find a strong-armed someone to do it for you instead) and straining them over the sink.

Those potatoes get lumped onto an oiled baking sheet, seasoned and oiled on top and baked. Meanwhile you make a salad/salsa and a yogurt sauce. I’d give myself about an hour to do everything, start to finish, but you might take less or more time.

Oh! and also! Feel free to make all the components ahead of time and just layer them before serving. The fritters, once layered, won’t taste great a few hours later; but if you keep the yogurt sauce set aside until just before you want to eat, you’ll be golden.

Tim and I lament often that we are some of the least hype-y people on earth, and it’s rare for us to be saying, “You have to do this!” or “This is the best ever,” enough so that sometimes it’s hard for people to know that we’re happy and having a good time. 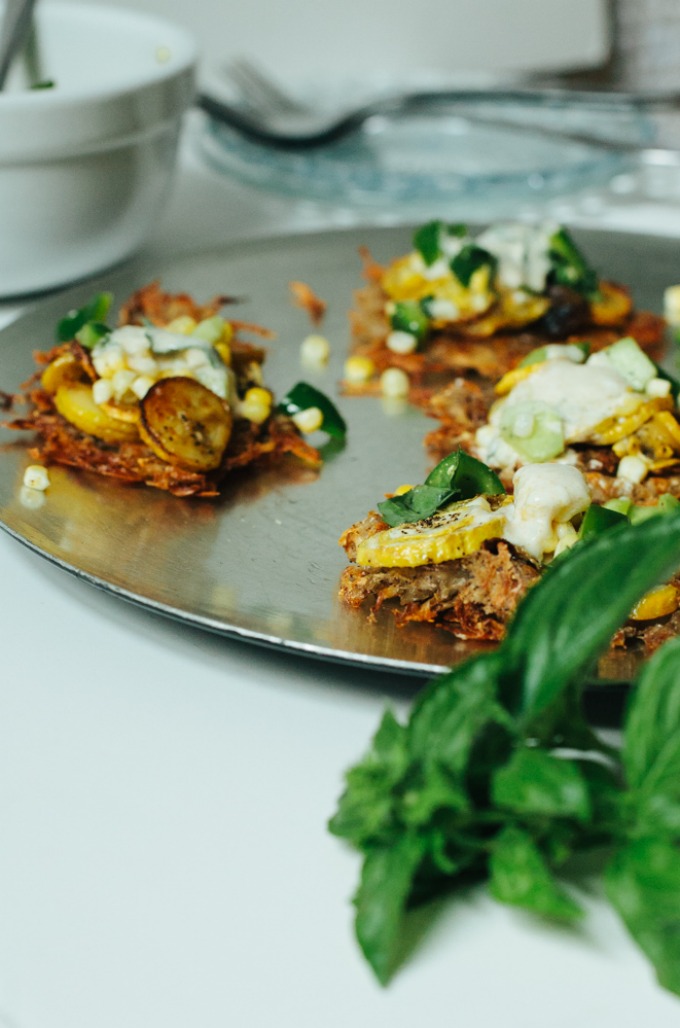 But when Tim took a bite of these baby fritters Tuesday night, he used words like “best” and “flavor profile” and “killed it,” so take that as a good sign.

For the Roasted Squash:

For the Tomato Cucumber Corn Salad:

For the Cumin Dill Yogurt Sauce:

Did you make these and love them as much as we did? If so, let us know in the comments below and please give this recipe a rating!

And if you loved this fritter recipe, then some of these should tantalize your tummy: 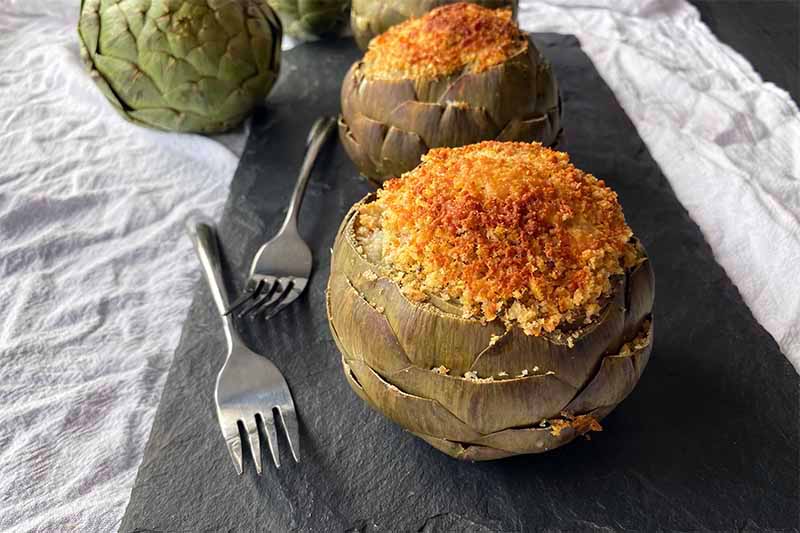 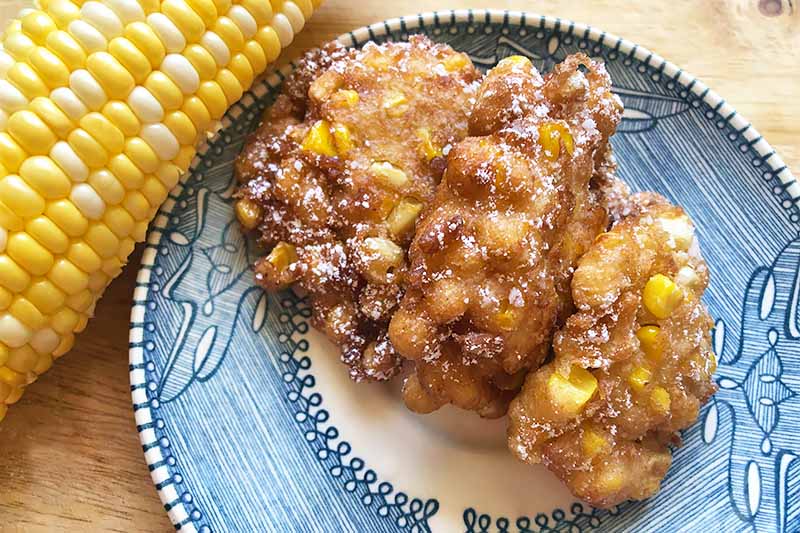 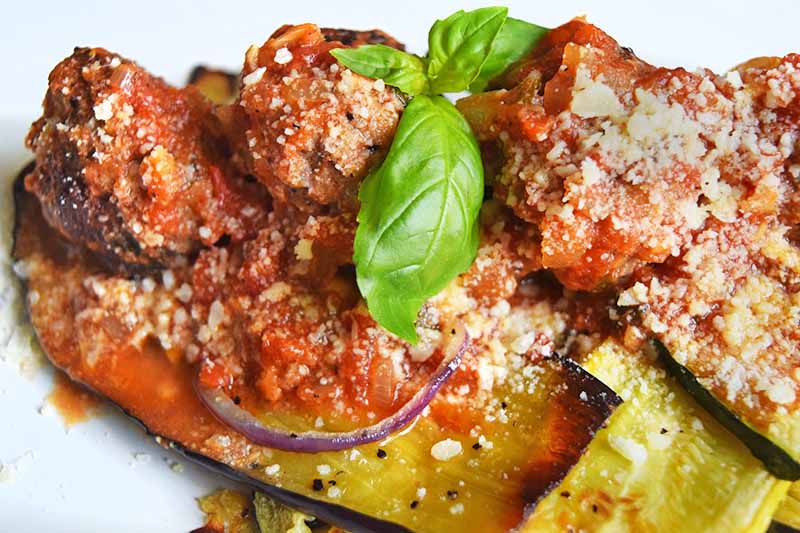